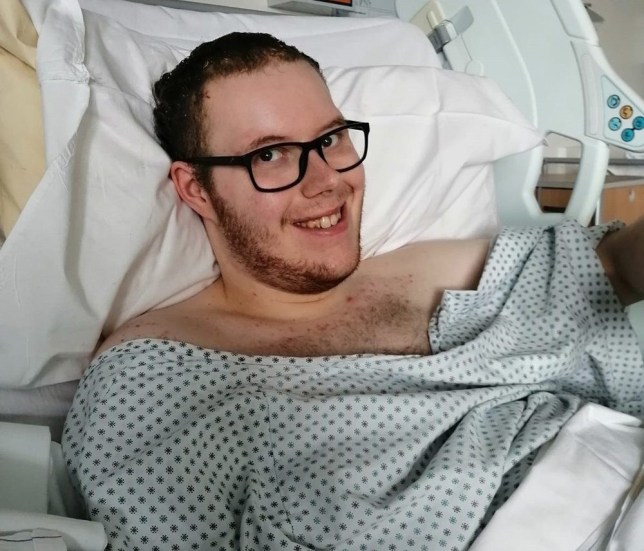 Mark had a ten-hour operation to remove the tumour (Picture: PA Real Life)

A mum has told how a routine eye test for her son led him to have emergency surgery that she believes ‘saved his life’.

Karen Williams, 58, from Romford, Essex, lives with her son Mark, 24, and accompanied him when he went for an eye check at Specsavers just days after doctors at A&E had thought his blurred vision, headaches, and tinnitus were caused by vertigo.

But, when opticians noticed a shadow on the back of Mark’s eye, he was re-admitted – and underwent a ten-hour surgery to remove the growing, lemon-sized tumour encroaching on the core of his brain.

During his eight-week hospital stay, Mark was also formally diagnosed with Asperger’s syndrome, a neurological disorder that affects communication and is a form of autistic spectrum disorder (ASD).

Now recovering and back to work as a trolley collector at Asda, Mark, and his carer mum Karen, have thanked the staff for saving his life and urged people to get their eyes tested.

She said: ‘I cannot stress enough how important it is to have your eyes tested no matter how old you are.

‘I will be eternally grateful to Specsavers for saving my son’s life.’

When, in early 2020, Mark first began experiencing headaches and pain in his neck and ears, Karen put his symptoms down to general stress.

By June, Mark’s symptoms had worsened, his vision had begun to blur and he was suffering ringing in his ears.

Karen said: ‘Mark was telling me he had headaches and was vomiting, had ringing in his ears and blurred vision. I phoned 111 and was told to go straight to A&E.’ 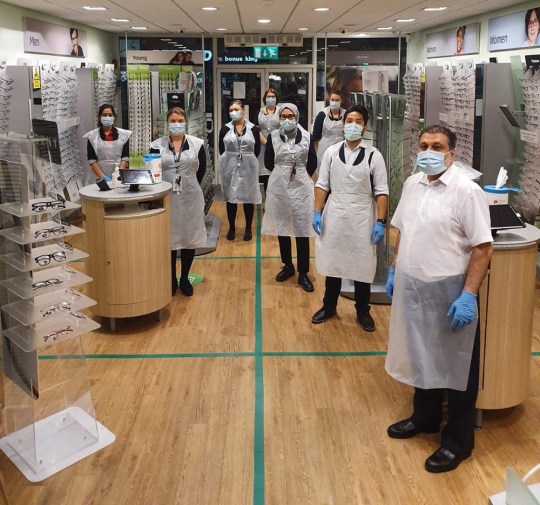 He was initially diagnosed with vertigo, but Mark’s headaches persisted. Just days later, when Karen took him for a pre-booked eye test, alarm bells rang for the optician at Romford Specsavers – and he was whisked to hospital.

‘Unbeknownst to anyone, he had a slow-growing tumour,’ Karen explained.

‘The doctor arrived and started to tell us the news. He told me the optician had saved Mark’s life.

‘Immediately I started to get upset, but Mark had no clue what the problem was.’

Mark was diagnosed with a slow-growing central neurocytoma – an extremely rare form of non-cancerous brain tumour – which, Karen said, had grown so big it was causing pressure, swelling and trapped fluid in his brain, and affecting all of Mark’s senses and nervous system.

He was kept in hospital as medics urgently needed to drain the fluid that was collecting on the brain due to the growth, which was located in the centre of his brain, growing inwards on the ventricular system.

Karen was told she would not be able to visit Mark during his hospital stay, due to the pandemic.

She said: ‘I know he only speaks to me, so I didn’t know how he was going to cope. He went in and I was scared to leave him – I was in a bad way.’

External drains were inserted for the fluid to escape – but Mark pulled out the right tube, triggering an infection. 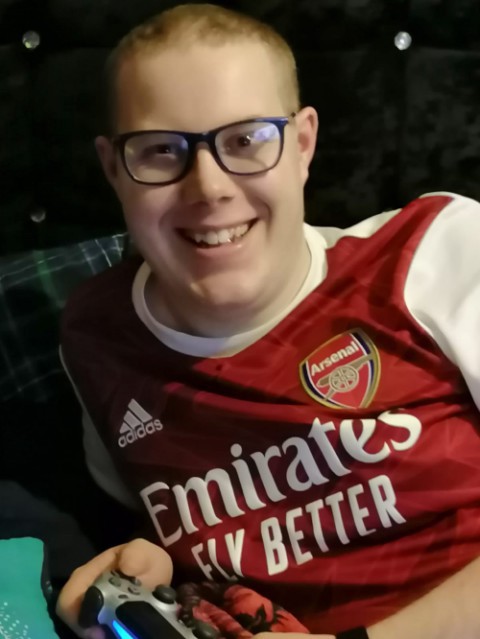 Mark is now on the road to recovery (Picture: PA Real Life)

Once the fluid was drained, his symptoms receded – as the life-threatening pressure on his brain had been removed.

And his operation, which took place in early July, saw surgeons remove the majority of the tumour from inside Mark’s brain – in a ten-hour long process.

Karen said: ‘The tumour was about the size of a lemon and the part they left was so linked to his nervous system it was too dangerous to take it away.

‘It would have caused a lot of damage if they had removed the whole thing. It had grown so much it stopped everything working and caused tinnitus, blurry vision, dizzy spells, and affected his balance. I was devastated.’

But despite the surgery going well, Mark’s road to recovery was far from over.

He spent eight weeks in hospital and, as Karen had feared, was unable to speak to anyone during his stay.

Karen said: ‘On the sixth week, I got a phone call from the speech therapist saying Mark hadn’t spoken to anyone all the time he was there. He was in bed all the time and had a catheter fitted.

‘I got permission to go in to visit to help with his recovery and as soon as I went in, he was smiling straight away.’

With Karen’s help, explaining to the medical team how Mark felt for the remaining two weeks of his hospital stay, he soon began to improve.

And during his hospital stay, Mark was also tested for Asperger’s syndrome – meaning he and Karen now have a much better understanding of one another.

Karen said: ‘Now he’s doing very well and it’s a case of living one day at a time.’

And Mark, who enjoyed playing video games while recuperating at home, said: ‘It was very scary at first when I was feeling like this at home – I even nearly passed out in the shower.

He said ‘I don’t remember a lot of what went on but it’s great being back at home and I feel a lot better now. I’m happy to be back at work.’

Sarah Lindsell, CEO of The Brain Tumour Charity, said: ‘Everyone who has been touched by a brain tumour diagnosis will know just how important it is to recognise symptoms as early as possible. Early diagnosis is crucial in treating this disease.’

Spot the symptoms of a brain tumour