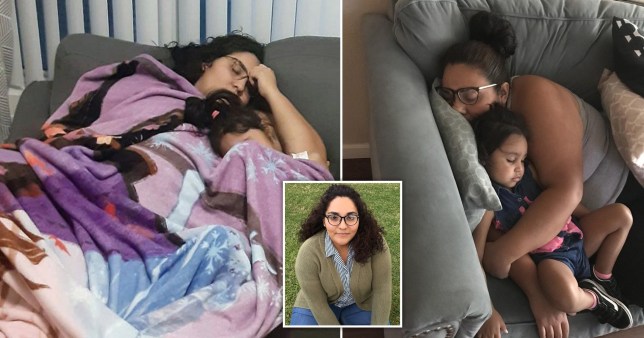 Ana Lara, 34, from Arizona, US, suffers from both narcolepsy (constant sleepiness) and cataplexy, which is the loss of muscle tone while laughing or excited.

The mum has symptoms ranging from muscle twitches to full-body collapses.

The conditions have made Ana fall asleep eight times a day and have bouts of cataplexy three times a week, meaning she had to sit down through most of her wedding day in case her happiness made her collapse.

And she was afraid to pick up her daughter Sofia, now three, as a newborn.

Now, Sofia is a happy, energetic little girl, which poses its own challenges for Ana and her husband Alfredo, 39 – but the family have found ways to cope together.

Stay-at-home mum Ana said: ‘It was so scary for me to think I might fall asleep while holding Sofia and drop her.

‘As much as possible, I’d keep her in her bassinet and watch her, only picking her up if she needed a cuddle or feeding.

‘Now, there’s nothing I can’t do with Sofia, I just have to do it at my own pace.’ 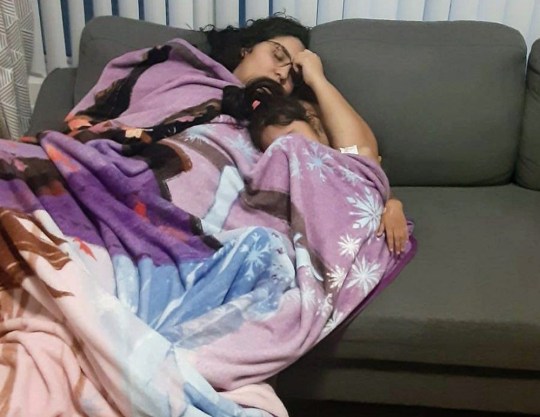 When her daughter was a newborn, Ana struggled to stay awake (Picture: PA Real Life)

Ana, who is speaking out because she wants people to stop believing the myths about narcolepsy, said: ‘It doesn’t happen like in the movies, where you fall asleep in your dinner, it’s more gradual than that.

‘It’s a very serious condition that has changed my life and so many others’ lives – it’s not a joke at all.

‘If I’m feeling sleepy that day, Sophia and I will just go for a short walk nearby – and luckily the park is really close to our house.

‘But Sofia is so empathetic. If I say “mummy’s feeling tired today, can we watch a movie?” she never complains.’ 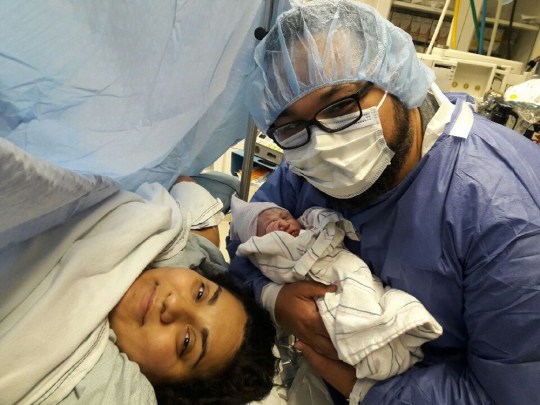 Ana can rely on the constant support of her husband, driver Alfredo.

Family and close friends also help Ana lead as normal a life as possible and look after Sofia when her tiredness is at its worst.

Through her pregnancy, Ana continued on her cataplexy medication because the risk of collapsing was too high, but came off the stimulants that helped keep her awake.

She said: ‘Being pregnant with narcolepsy is probably the hardest thing I have ever done.

‘I was just tired and nauseous all the time, because the call to sleep was often stronger than the urge to eat. Eating, throwing up, sleeping – that was my cycle.’

Marrying Alfredo was one of the most special moments of her life – but again it was not easy for Ana.

‘I sat down most of the time during the ceremony and reception because I was afraid the emotions might cause me to collapse, despite my medication,’ she continued.

‘During the ceremony, I walked down the aisle, and while we gave our vows my husband and I held hands to keep my balance.

‘We had our first dance and I danced with my dad but other than that I stayed sat down, which does make me a bit sad.

‘A side effect of my cataplexy means my face looks half-paralysed if I’m particularly emotional – so in lots of my wedding videos it looks like my mouth is drooping at one side.’ 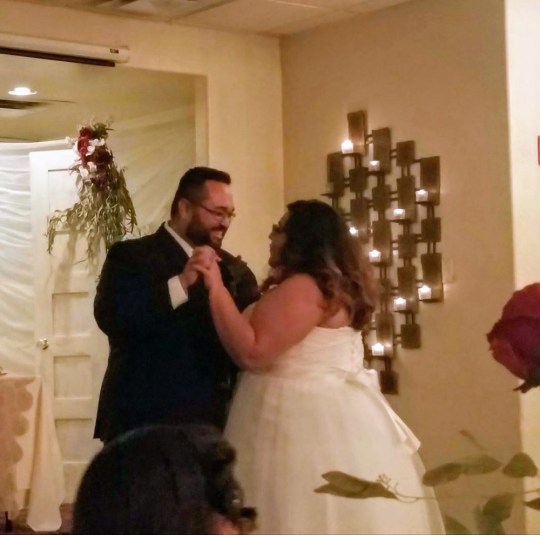 She had to sit down a lot on her wedding day so her emotions wouldn’t make her pass out (Picture: PA Real Life)

Growing up with her conditions was no easy feat for Ana, who struggled to keep awake during her commute and in lessons.

As a teen, she also began having bouts of cataplexy – according to Narcolepsy UK it is thought that around 75% of people with narcolepsy experience cataplexy too.

Ana began suffering with sleep paralysis at the onset of puberty, too – the phenomenon of not being able to move or talk as you are waking up or falling asleep, which the NHS also links to narcolepsy. 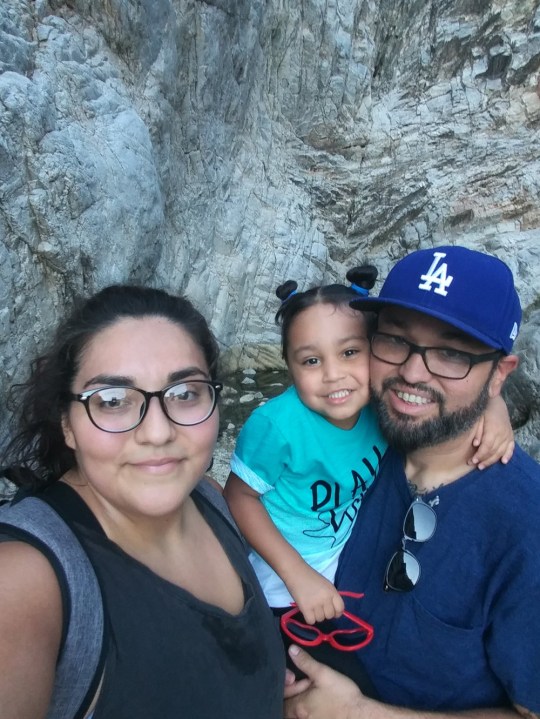 Over the years, Ana repeatedly sought medical help but, she said, doctors thought she had problems with her blood sugar and advised her to lose weight.

After numerous sleep studies and tests, in 2015 Ana finally got her narcolepsy with cataplexy diagnosis and was put on Ritalin, a stimulant used to help her stay awake.

Describing how it feels living with narcolepsy, she said: ‘It is like this constant fog you walk around in. Sometimes it is lighter, and other times it is so heavy that things don’t make sense and I’m half-asleep.

‘I call it my zombie mode.

‘If I’m sending a text in this state, for example, I’ll wake up like from a trance and read the message.

‘Not only is it complete gibberish, I won’t remember typing any of it.’ 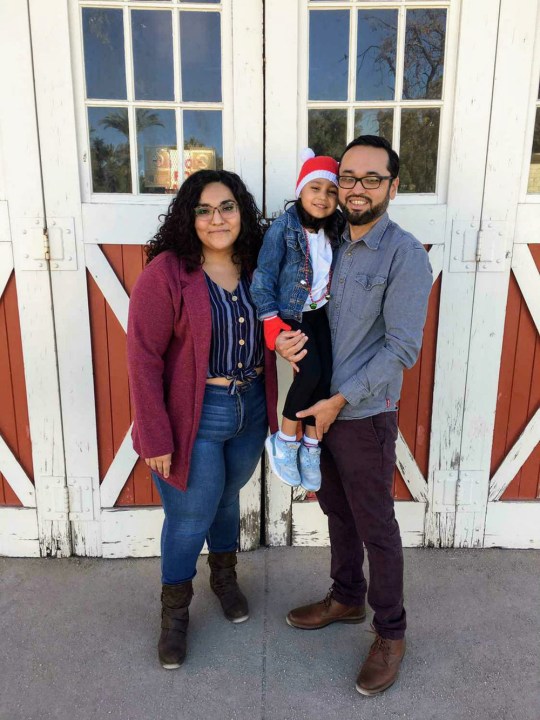 Now on anti-depressants, which help with sleep paralysis and cataplexy, Ana is on the board of directors for Project Sleep, a non-profit organisation in the US raising awareness about sleep health and sleep conditions.

Ana concluded: ‘I just want to raise awareness about my conditions.

‘For years I went undiagnosed, and I think it’s because being Latina, things like mental health and neurological conditions aren’t really spoken about.

‘I learned it is okay to come out and say I have narcolepsy and cataplexy and I live with tiredness every day.’