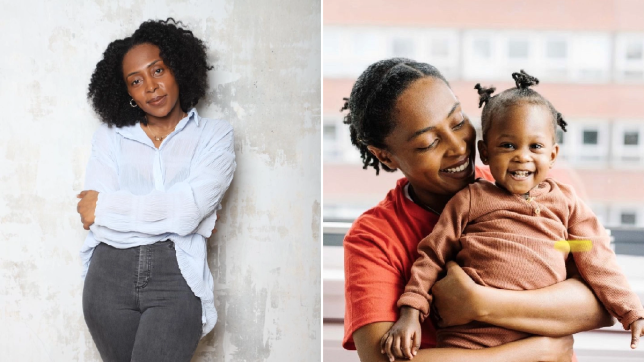 A mum whos baby daughter was diagnosed with sickle cell has launched a charity to provide mental health support for those with the illness.

People with this illness fall into the ‘extremely vulnerable’ group, so have been forced to shield for the majority of the pandemic. And a study earlier this year found that many have been struggling to receive adequate treatment and support, and some have been left in pain for months at a time.

In recent weeks, two young Black men with sickle cell have died – 19-year-old Richard Okorogheye, whose body was found near Epping Forest this week, and 21-year-old Evan Smith who called 999 from his hospital bed because he recognised the symptoms of a sickle cell crisis, but wasn’t given oxygen by medical staff.

These two recent examples show that greater understanding and support is needed for people with sickle cell – both in terms of their medical condition, and secondary issues with mental health.

This is why Layla Lawson founded of The Essenelle Foundation (TEF), focused on empowering and developing the sickle cell community.

Layla was inspired to create the mental health charity after her baby daughter Suki was diagnosed with sickle cell just days after she was born.

‘We really hoped that she would be okay but when the sickle cell nurse showed up, it was like being punched in the gut,’ Layla tells Metro.co.uk.

‘I didn’t know much about sickle cell and so I dedicated myself to learning about the condition and how to best support my daughter. There are a lot of uncertainties when it comes to the condition and therefore a lot of anxieties and panic, leading to many people that are in a similar position to myself having experienced symptoms of depression and PTSD.’

What is sickle cell?

Sickle cell is a disorder of the haemoglobin in the red blood cells.

People with sickle cell disorder are born with the condition, it is not contagious. It can only be inherited from both parents each having passed on the gene for sickle cell.

The main symptoms of sickle cell disorder are anaemia and episodes of severe pain. The pain occurs when the cells change shape after oxygen has been released. The red blood cells then stick together, causing blockages in the small blood vessels.

These painful episodes are referred to as sickle cell crisis. They are treated with strong painkillers such as morphine to control the pain.

People with sickle cell are at risk of complications stroke, acute chest syndrome, blindness, bone damage and priapism (a persistent, painful erection of the penis).

Over time, people with sickle cell can experience damage to organs such as the liver, kidney, lungs, heart and spleen. Death can also result from complications of the disorder. Treatment of sickle cell mostly focuses on preventing and treating complications.

Layla says that it is incredibly important that people with chronic health conditions like sickle cell have access to additional mental health support, because living with a long-term illness can be a huge emotional strain.

‘Having a condition that can be physically challenging, paired with the combination of lack of knowledge and poor care; a patient can come to feel even more isolated and unsupported, especially whilst shielding,’ Layla explains.

‘This doesn’t stop with people who have sickle cell, we also need to talk about the second-hand trauma experienced by the patients support system; families, parents, and siblings also have journey’s, and they also need to be supported.’

Layla is passionate about raising awareness about the illness, and she thinks we still have a long way to go.

‘The simple answer is no, sickle cell is not taken seriously enough, and not by everyone,’ she says.

‘There are a lot of people who work extremely hard to try to educate others, but the problem transcends individuals, changing one mind at a time. Patient care shouldn’t be about one nurse or doctors personal bias, it should be tailored to what the patient’s needs are, based on their medical condition.

‘What happened with Richard and Evan recently, it’s a great tragedy, two young men who were let down by a system, and we have to ask – why?

‘All roads lead back to this issue of Black lives being equal and necessary.

‘A man calling 999 on his hospital bed is the biggest humiliation for that trust.

‘This type of treatment, the callousness towards Black lives, or conditions that affect predominantly Black people needs to stop. Establishments need to go on to do better.’

With TEF, Layla hopes to provide people with sickle cell and their families with access to traditional therapies, counselling and emotional well-being courses.

‘We also hope to work with schools, councils and hospitals to educate on the policies that will encourage better practices and support for the community,’ adds Layla. ‘We will be supporting them to implement these policies and work to making them mandatory.

‘Additionally, we aim to run events and campaigns to educate and raise money so we can help everyone impacted by sickle cell disease to get the help they need.

You can donate to The Essenelle Foundation through their Go Fund Me page.