A MUM was left furious by teachers who put her son in isolation after ruling the at-home haircut she gave him was “too short”.

Niall Clews, 12, was struggling to see through his curly locks during lockdown – and with barbers shut, mum Hannah got out the clippers herself. 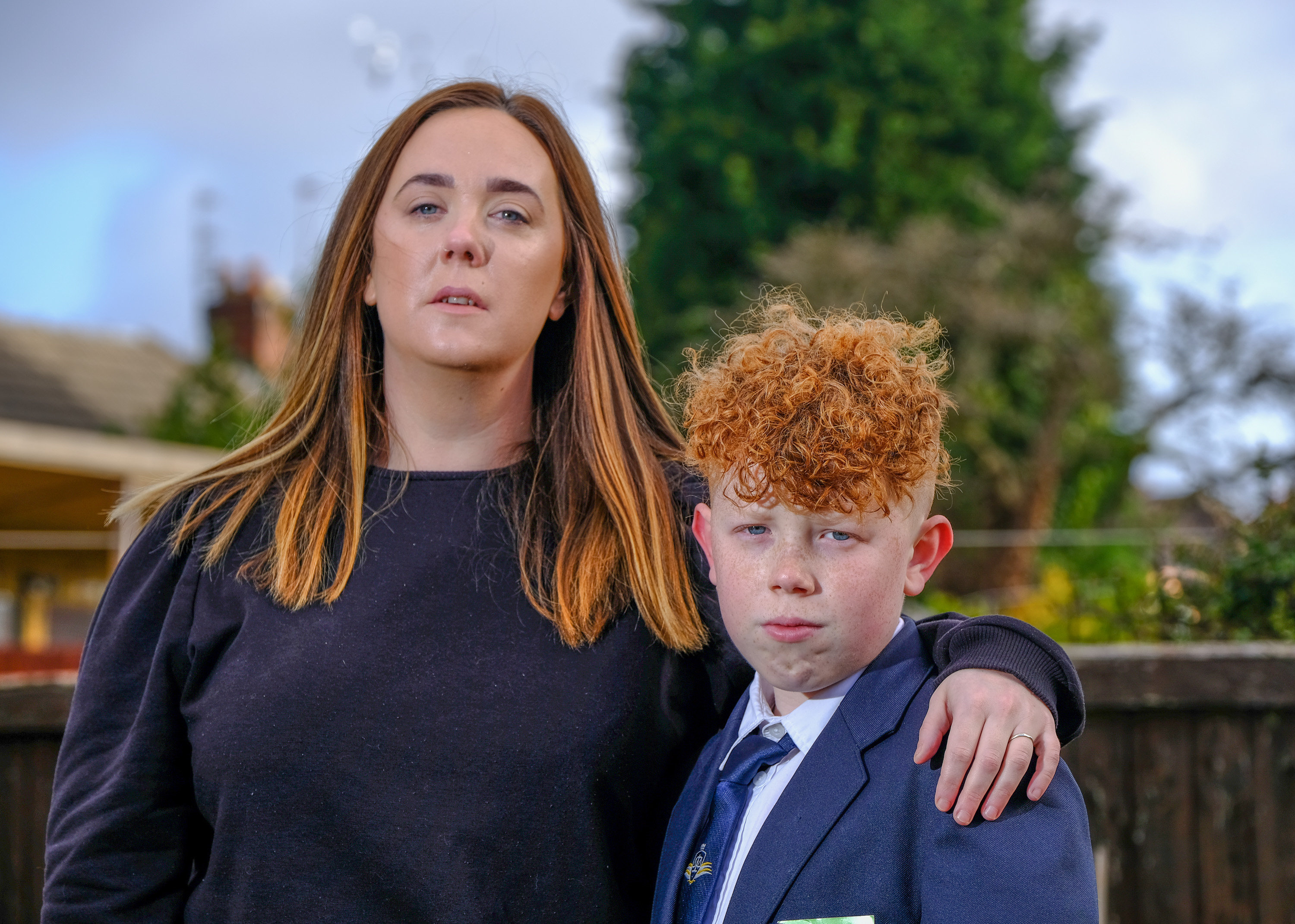 Niall Clews had been struggling to see through his curly locks, prompting mum Hannah Clews to give him a trimCredit: SWNS

The mum-of-two, who lives in Rowley Regis, West Midlands, buzzed it to a grade two to one on the back and sides and after giving it a snip on the top, she was pleased with her handiwork.

But when Niall returned to school the next week, he was told his at-home cut was “too short” and not in line with school rules, Hannah, 33, claims.

The year seven was put in isolation at St Michael’s Church of England High School – despite having had to study at home alone for weeks due to Covid.

It means Niall has to be taught in a separate room from his classmates and can’t eat lunch with his pals or play with them at break.

He’s in an isolation room the whole day, including lunch, and he can’t go outside for fresh air. He also doesn’t get the practical side of his lessons as it’s all online – something that he’s done on and off for the past year already!

Hannah said: “Niall has curly ginger hair and because of lockdown, it was going all in his eyes and over his ears.

“I’m no barber – I just cut the sides so it looked smart and neat for school as he was getting annoyed with it.

“His haircut is a grade two faded to a grade one, so I’m aware it’s against the policy, but again, I’m not a barber and I didn’t intend for it to go that short!

“I’d have thought it looked much more professional to cut it short at the sides than not at all, but the school have said it’s too short and he has to isolate until it grows back to a reasonable standard in line with their policy.

“Everywhere is closed and it looks so much smarter than it did. Also, he has always had his hair at a grade one around the sides and never been picked up on it before.” 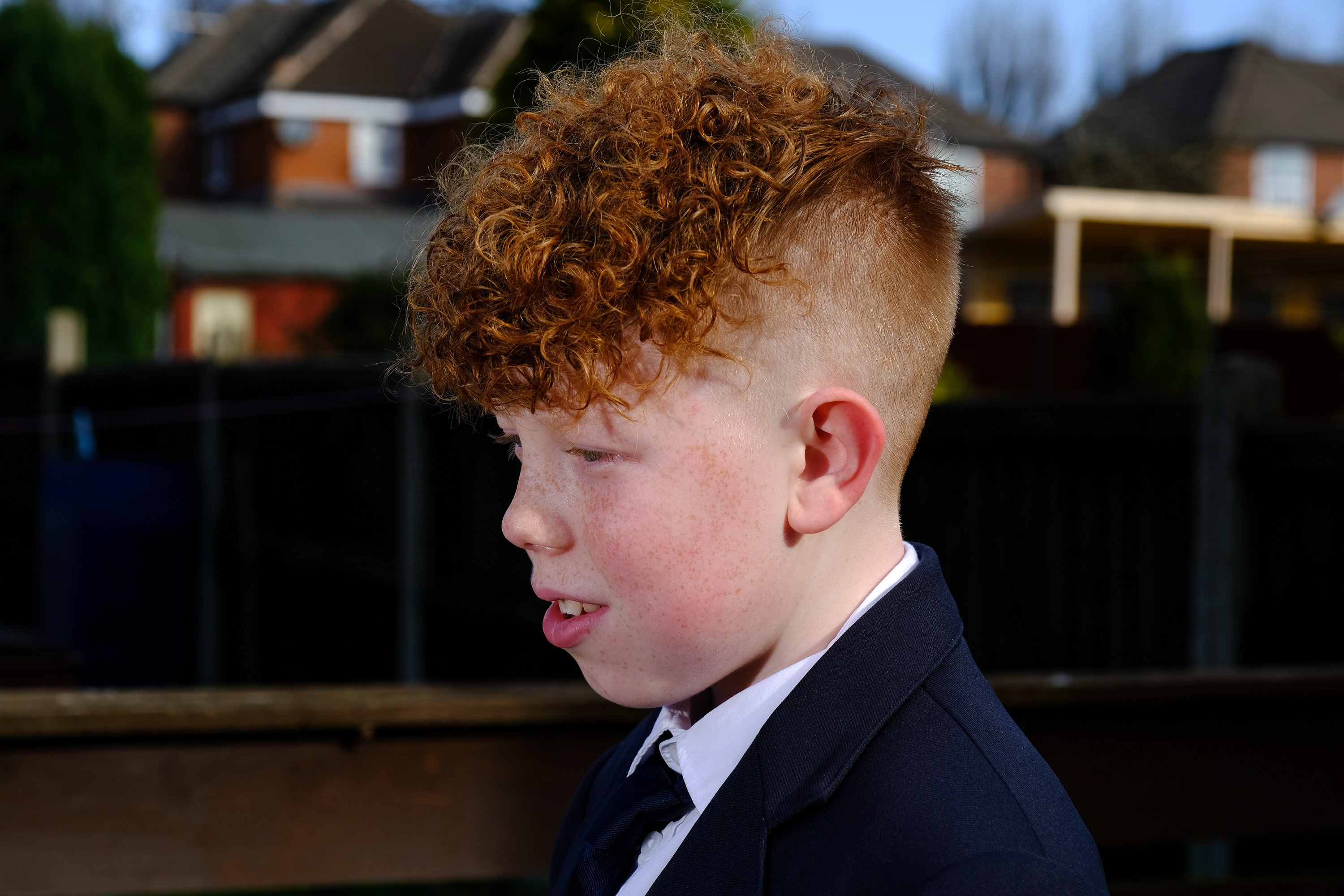 Hannah said she cut the side of Niall’s hair so it was neat and smart for schoolCredit: SWNS 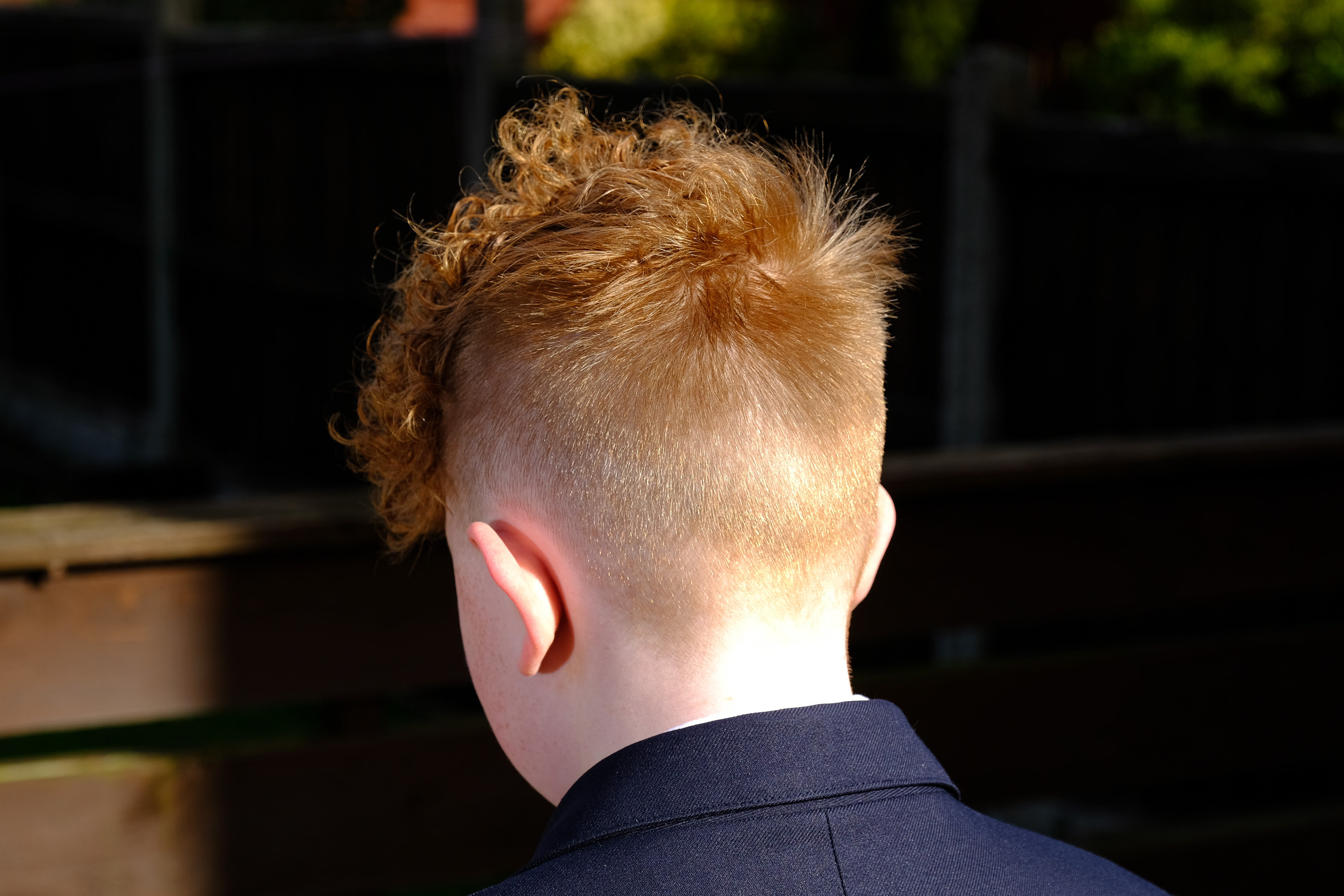 His haircut is a grade two faded to a grade one which is against school policyCredit: SWNS

Of her son’s isolation, she explained: “He’s in an isolation room the whole day, including lunch, and he can’t go outside for fresh air. He also doesn’t get the practical side of his lessons as it’s all online – something that he’s done on and off for the past year already!”

She added: “Niall has a squeaky clean record and is a very bright child. This has really upset him as he feels he is being tarnished the same as naughty children for something way out of his control.

“He said he spent an entire day last week without speaking a single word. It’s not fair.”

Niall had his hair cut on March 19 and teachers noticed the trim last Monday [March 22].

“Any student who arrives out of uniform; in unsuitable uniform; wearing inappropriate jewellery; or with an unsuitable hairstyle or hair colour may be removed from lessons and their parent/carer contacted. A record will be made in a student’s file.”

A copy of the school’s uniform policy is also available on their website where their stance on hair says: “Hair should be a single, natural colour, no shorter than a grade 2.

“No extreme styles, including ‘tramlines’, sculpting, shaving, patterns or undercuts.’

Meanwhile, Niall’s dad, manufacturer Craig Clews, 37, and his mum Hannah have been trying to support their son throughout this difficult time.

Hannah, who is currently a full time student, said: “I think at a time where the government and children’s mental health charities are pushing for schools to focus on issues surrounding lack of social interaction that these poor kids have had during homeschooling, its extremely damaging to lock a child away from any interaction at all.

“There has been no compassion towards parents struggling in these times and the importance of mental wellbeing for these kids.

“We are doing what we can with the lockdown and I think on this occasion, it could have been overlooked just because of the current circumstances.”

Hairdressers and barbers in England will reopen April 12 at the earliest as part of the second stage of easing lockdown restrictions. 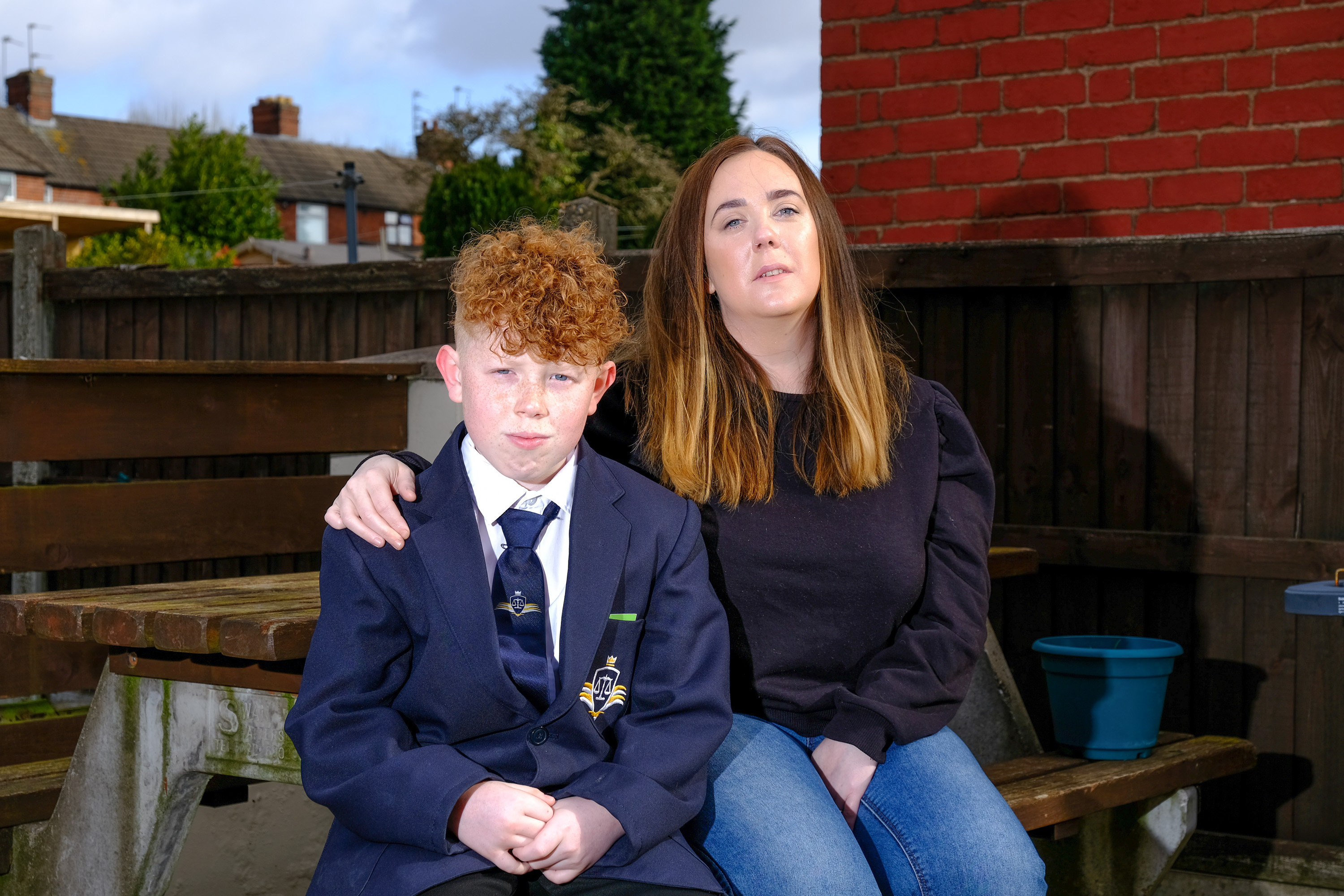 Mum Hannah believes kids have been through enough isolation through the lockdown as it isCredit: SWNS 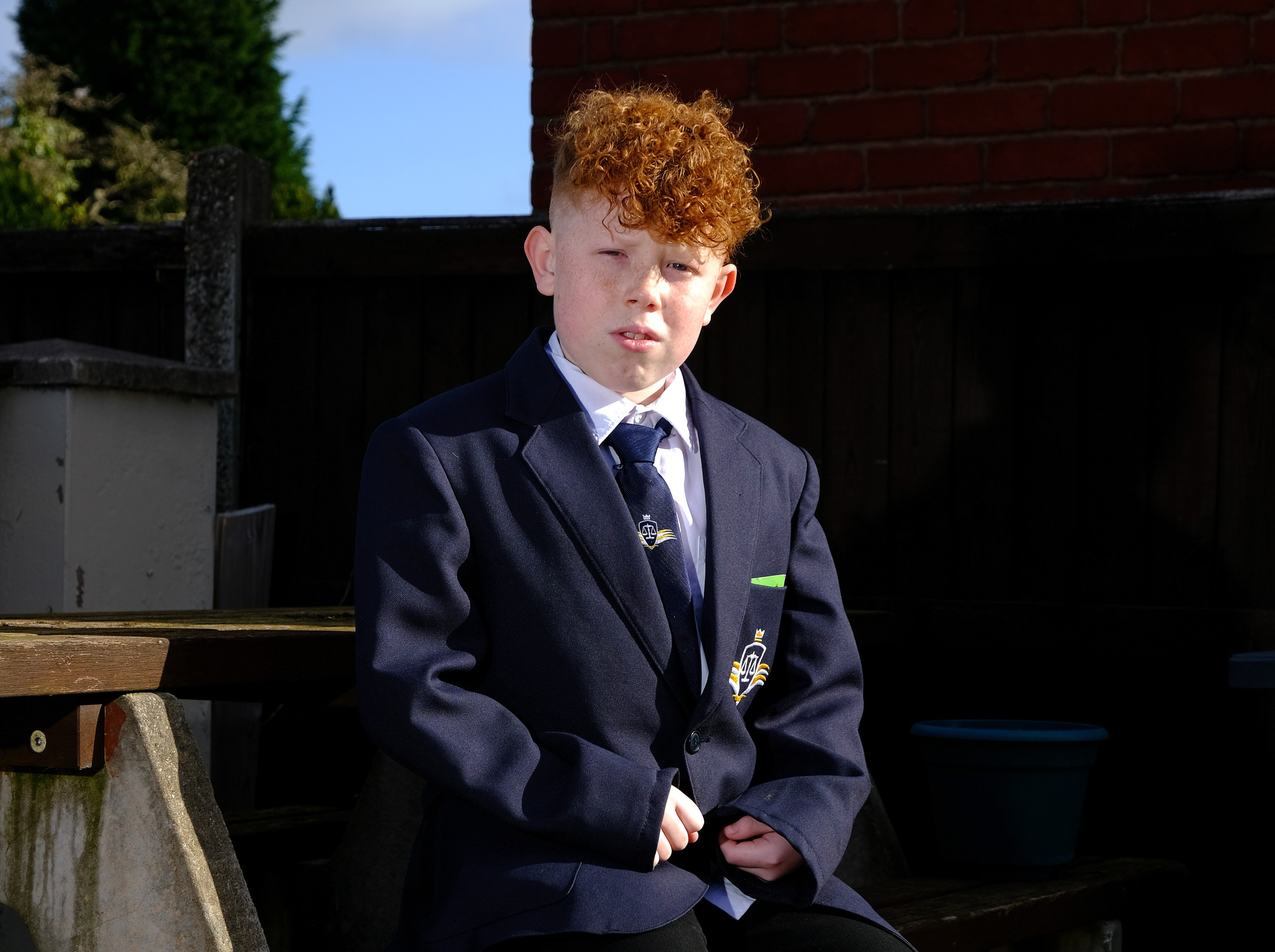 Niall was banned from playing with friends at lunchtime and learning with them in classCredit: SWNS