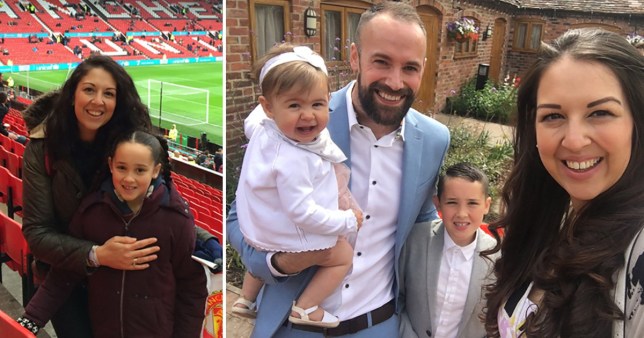 A mum had a terrifying experience meningitis when she was 10 – and it’s left her with such bad memory loss that she can’t remember her own wedding.

As a result of her former illness, she’s forgotten chunks of her life including her own childhood memories, meeting her husband and her two daughters’ first steps.

Natalie Bamford, 36, from Derbyshire, contracted the more dangerous bacterial form of meningitis as a child, resulting in severe memory loss.

Now, as an adult, she accepts her memory will never fully recover.

The creative director said: ‘I feel extremely lucky to be alive. I could have died or lost my limbs, so I’m grateful my memory is the only issue I am left with.

‘I’ve got so much to be thankful for in my life, and my attitude is that what doesn’t kill you makes you stronger.’

She now keeps track of her life with husband Adam, 34, and daughters Lola, 13, and Poppy, 3, with the help of endless lists, journals and an archive of 34,000 photos and videos. 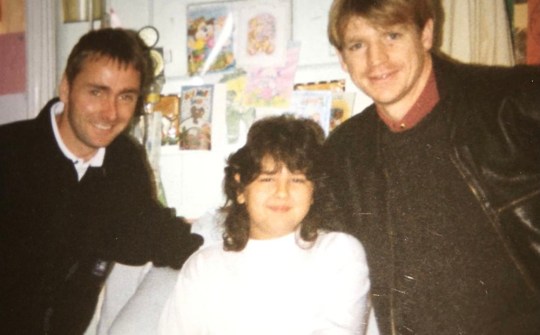 ‘So if the girls ask me about anything, like what they said they wanted to be when they were older, I can find it out,’ the mum explained.

‘Sometimes if they ask a question and I can’t answer it, I feel like I’m letting them down and that I’m a bad mum. That can be really hard.

‘I’m constantly taking photos, or asking my husband to take ones of me in them so I can see a different perspective when I look back at them.

She jokes it drives her husband, whose memory is almost ‘photographic’ in its sharpness, ‘mad’. 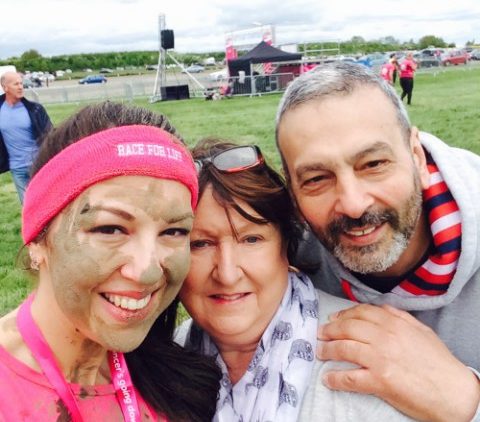 She relies on her parents’ memories of her illness (Picture: PA Real Life)

As for remembering her own childhood, Natalie’s story of having bacterial meningitis aged 10 comes from being told by her parents Hannah and Stephen O’Brien, both 60.

‘I’ve heard it so many times that I’ve basically learned it off by heart,’ she says.

‘The only thing I remember is having the worst headache I have ever experienced.

‘My parents said I hallucinated that ladybirds and Duplo bricks were dancing on the walls.’

After initially being given the all clear, her parents realised Natalie was showing the tell-tale signs of meningitis. 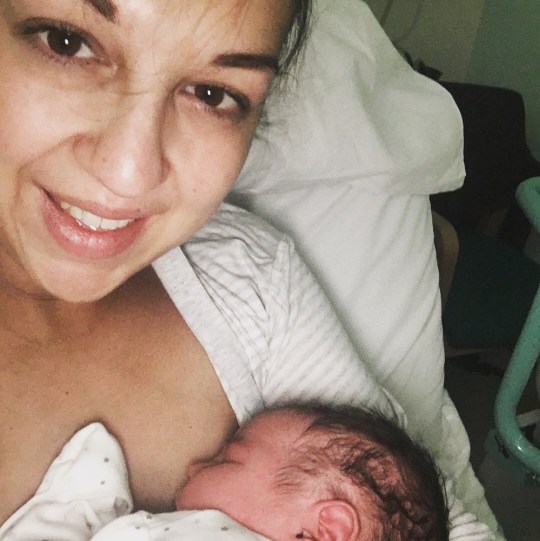 As she grew older, Natalie began to realise she struggled with her memory (Picture: PA Real Life)

A rash was then found on her ankle while unconscious, leading nurses to recognise it was septicaemia.

‘Doctors started to hit me with the drugs and took my parents into a separate room, where they told them to contact our relatives and ask them to come to the hospital to say their goodbyes, because the next 48 hours would be critical,’ Natalie said.

After two terrifying days, medication brought the septicaemia under control and Natalie was moved out of intensive care.

But her ordeal wasn’t over – she then was diagnosed with epilepsy after having seizures. 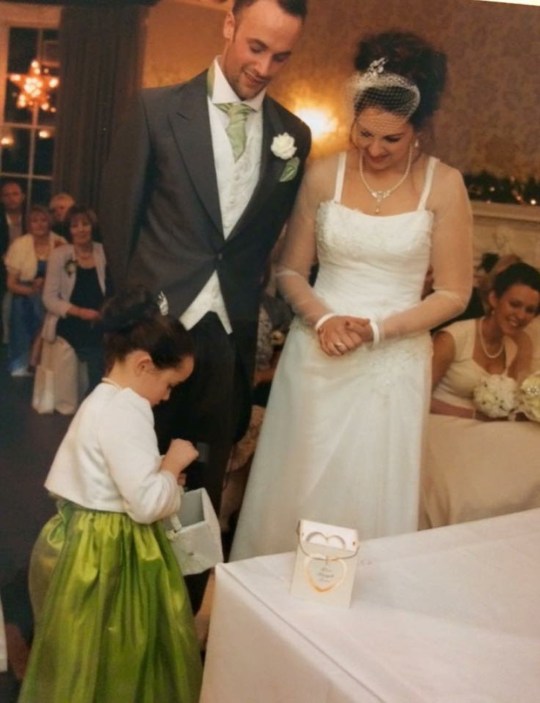 They continued until the age of 12 when suddenly they stopped, though the lasting damage on her memory was done.

Natalie began to realise the lasting impact while at university, explaining she ‘struggled to learn.’

‘At one point at uni, I started to write my name and forgot how to spell it for a good couple of minutes; I told my parents and they were really worried,’ she said.

After dropping out, she began working and aged 22 fell pregnant with Lola. It was then her memory loss intensified as she was unable to recall key memories like her birth or first steps.

‘Mums often talk about “baby brain”, this fog that sinks in when you get pregnant and have a baby, but for me it was even worse and never really left,’ said Natalie.

‘When Lola was three or four and she’d ask about what she was like as a baby. I just couldn’t remember and I had to ask my parents.

‘It was then that they realised the full extent of my memory loss.’ 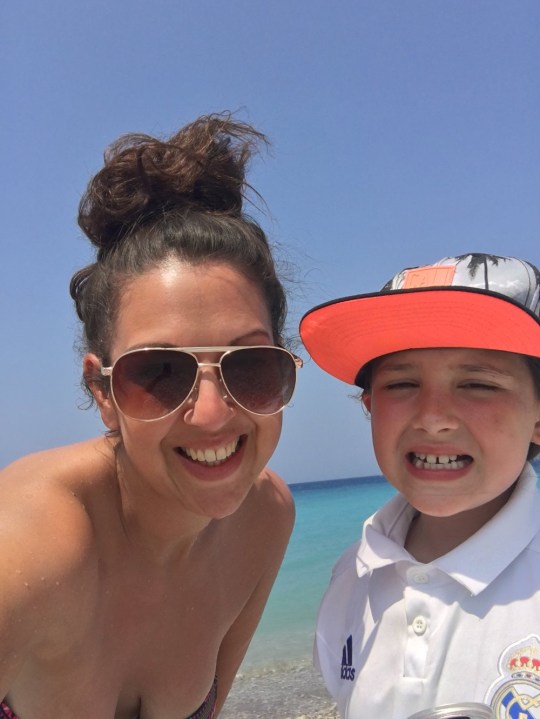 The mum has to keep notes about her children’s lives (Picture: PA Real Life)

Determined not to let it get the better of her, Natalie did not see a doctor and in 2009, aged 24, she started working in advertising and sponsorship at Derby County Football Club.

There, she met her future husband Adam, who worked in ticket sales, and romance blossomed.

Though she no longer remembers the details of their first date, Adam insists she invited him round to eat a pizza and watch football.

‘I told him my memory wasn’t great, but as we started to get closer, I had to tell him the full story so I didn’t look strange. Thankfully, he was completely supportive,’ she said. 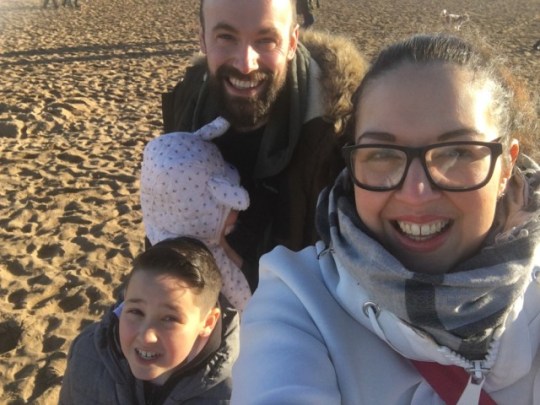 In 2013 the couple married but Natalie’s memories only come from photos taken on their special day.

She said: ‘Most people can think back to walking up the aisle, being on the dancefloor for their first dance, eating the food.

‘I don’t have those memories – I just go back to my wedding photos and picture it that way.

‘Sometimes it acts as a prompt and I recall a feeling or a connected memory, like putting pieces of the puzzle together – but other times I get nothing.

‘That might sound sad to some people, but I am so used to it now that it doesn’t bother me.’ 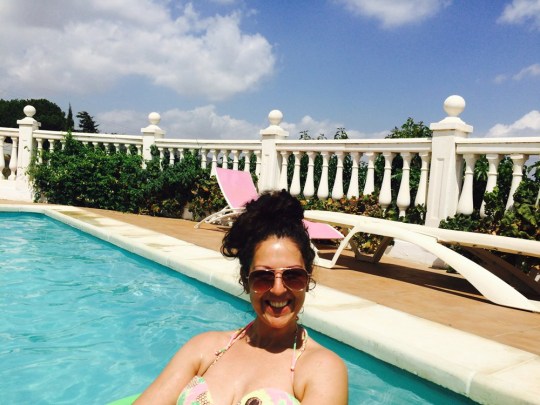 Natalie is determined to live her life to the full (Picture: PA Real Life)

Ever the positive thinker, Natalie believes there are some unexpected bonuses that come from memory loss.

‘Luckily I don’t remember the pain of labour – that is a nice thing to come about from my memory loss, I do blank out bad things as well.’

She adds: ‘I can watch and read my favourite films and books over and over again, and it’s like the first time every time.

‘I can also never remember what I have bought online so when a package arrives from Amazon, it’s very exciting as I have no idea what it could be!’

And it hasn’t stopped her from taking on big projects.

Over lockdown, after being furloughed, Natalie launched a personalised gift box service, called Colleague Box, with her husband, which has made the family £1million in sales in just five months.

She is yet to get an official diagnosis for her memory loss after speaking to charity Meningitis Now, who explained she could get a neurological assessment.

Natalie plans to do this after things ease for the NHS, given the pandemic.

For now, she is living life as fully as she can.

‘Having that brush with death aged 10 has definitely made me live more in the moment, because I don’t know what’s round the corner,’ she said.

‘My memory might get worse, so I live life for today, making the most of every opportunity that comes my way.’