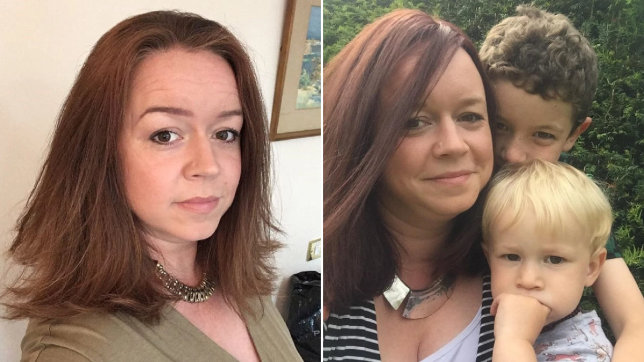 Rhiannon lives with a constant ringing in her ears that she can only escape when she’s asleep (Picture: PA Real Life)

Rhiannon Whybra, mum to Toby, 10, and Eddie, four, was on her way to pick up a friend in her car when her ears began to ring.

She assumed the strange sensation would just go away on its own.

But soon, the sound went from annoying to agonising, and three years later, it hasn’t stopped.

MRI scans, sound tests, and appointments with specialists in 2017 revealed that Rhiannon, now 41, has tinnitus – a condition that means a person hears noises that are not caused by sounds coming from the outside world.

Rhiannon, a recruitment consultant from Ticehurst, East Sussex, has had to come to terms with an inescapable illness that has no cure.

This has had a drastic impact on her mental health.

‘It was just a normal day like any other,’ said the mum. ‘I was driving to pick up a friend who was coming to stay with us, when all of a sudden, my ears started ringing. 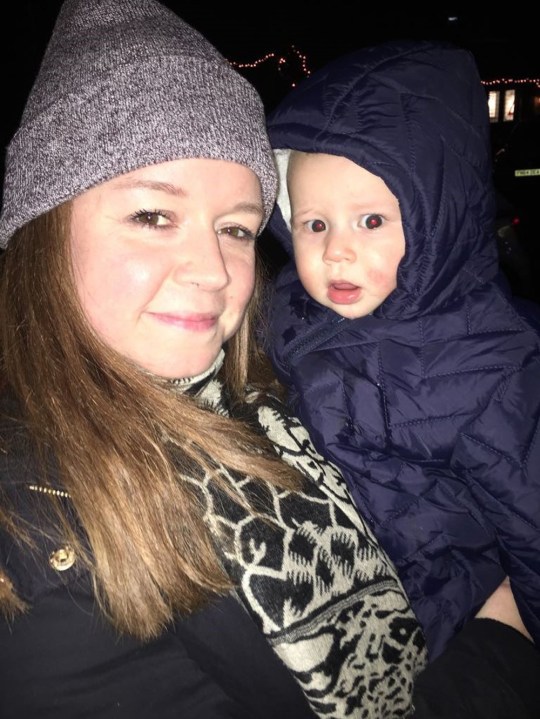 Rhiannon had just welcomed her youngest son into the world when the ringing began (Picture: PA Real Life)

‘It wasn’t very loud, but it was just enough for me to notice it.

‘Initially I thought, “It will go away soon, people get ringing in their ears from time to time.” But it never did.

‘The more I listened out for it, the louder it felt. The only time I could escape it was when I slept – but lying in bed was when the noise was at its most noticeable, so that was very distressing.’

Doctors aren’t sure whether the arrival of Rhiannon’s tinnitus was linked to the arrival of her youngest son, as the ringing began four months after his birth. 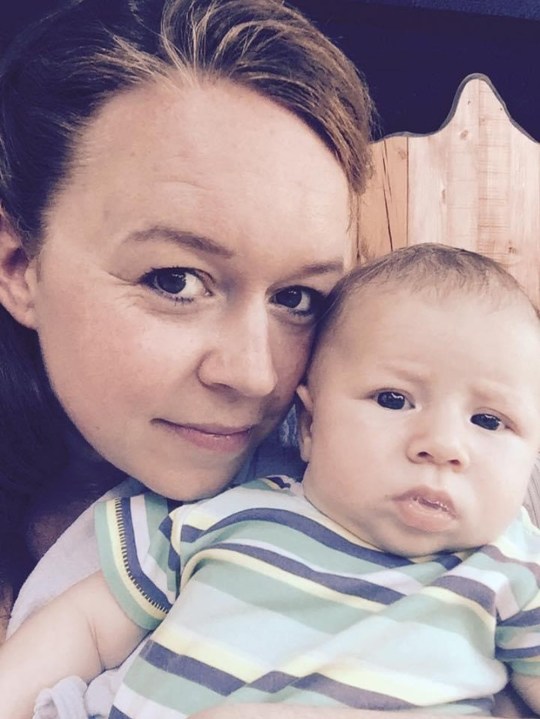 At first they thought the condition may have been a result of postnatal depression, so gave her a course of antidepressants while she had further tests.

According to the British Tinnitus Association, the incidence of tinnitus is higher in pregnant women, with one in three affected, compared to one in 10 of the same age who are not expecting.

It doesn’t help that the mum has no answers to what caused the ringing to develop. 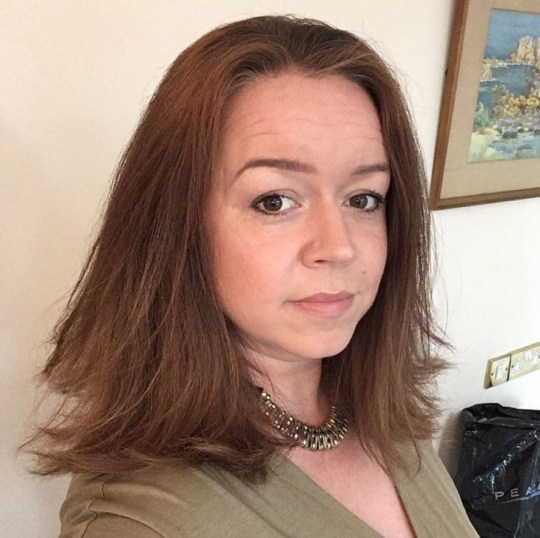 It has been tough on Rhiannon to have no definitive answer to why her condition developed (Picture: PA Real Life)

Rhiannon said: ‘The sound was a constant pitch all the time, but when I got anxious, it would become unbearably loud – almost like it was screaming at me.

‘And because the volume went up, it made me even more anxious. It was a vicious cycle.

‘In my case, I was a bit of a party animal in my teens and early twenties. I’d go out clubbing most weekends, so doctors wondered whether the damage was done then.

‘But nobody knows why it flared up all those years later. It is possible it was triggered by my pregnancy, but doctors have no way of being certain. 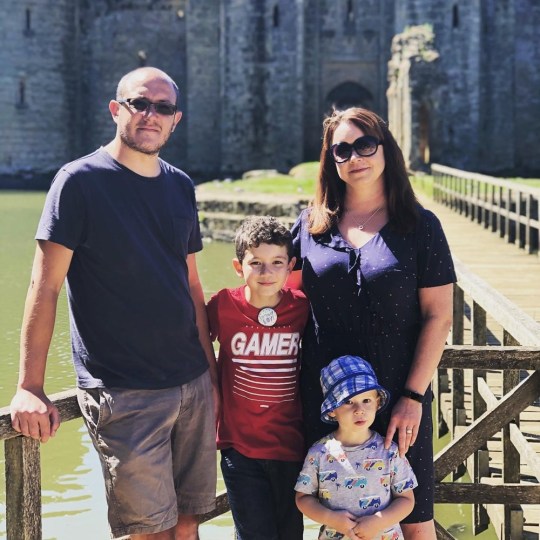 The mum-of-two has had to learn to live with tinnitus as a constant presence (Picture: PA Real Life)

‘To this day, I’ve never got a definitive answer. It can be quite confusing if you don’t know what caused it and how to fix it.

‘There needs to be a lot more research into the causes of tinnitus.’

In 2018, Rhiannon hit her lowest point following the death of her father.

She continued: ‘I had this hopeless feeling – how can I cope with this ringing for the rest of my life?

‘Even visiting my dad’s grave was impacted by tinnitus. I couldn’t enjoy the quiet or think about him, because all I could hear was this buzzing in my head.

‘I had to stop visiting for a while. The quietness gave me too much time to reflect on the tinnitus and for a few days afterwards I would be left feeling bruised and battered.’ 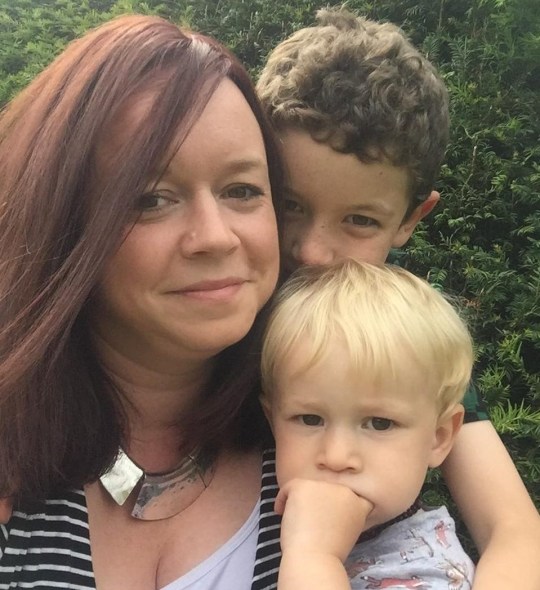 After moments of feeling ‘hopeless’, Rhiannon now sees her tinnitus as a ‘kind of barometer’ for when she needs to slow down (Picture: PA Real Life)

Thankfully, returning to work after maternity leave in March 2018 marked a turning point for Rhiannon.

Finding her busy job a welcome distraction from the ringing, she threw herself into it and soon began socialising again.

Having tried acupuncture and hypnotherapy to overcome her condition – to no avail – Rhiannon sought counselling at the end of 2019, which helped her accept that she will likely be living with tinnitus for the rest of her life.

She has also found solace in yoga, which she says makes her feel ‘floaty and calm’.

Rhiannon is now training to join the British Tinnitus Association’s befriender scheme, which pairs new sufferers of the condition with people who have experienced it for a while.

She hopes that sharing her story will show other people struggling that they are not alone.

‘The last few years have been such a rollercoaster,’ she added.

‘Some days, I hardly notice it at all. It just fades into the background while I get on with my daily life.

‘Now, I actually see my ears as a kind of barometer: they tell me if I need to slow down or take it easy.’