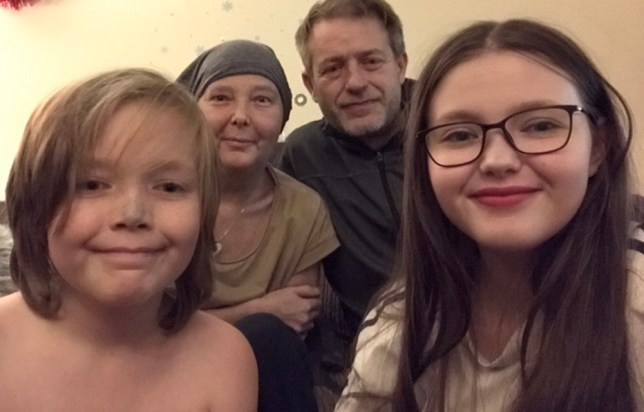 A mum and daughter have shared how they’re facing cancer treatment together after two shock diagnoses months apart.

Businesswoman Nicky Hutchinson, 49, was being treated for Hodgkin lymphoma – a cancer of the lymphatic system – diagnosed in 2019, only for her daughter Erin Chappell to discover two days before her 18th birthday in January 2020 that she had an ultra-rare malignant uterine tumour.

Erin’s tumour was so rare that it’s only been identified in 10 people her age worldwide, and her symptoms began as what she thought were period cramps.

Now 19, Erin has had to have her womb and ovaries removed, but says that having her mum with her during the ordeal made it less difficult.

‘It was amazing that we both had someone to talk to about cancer who could relate to it.’ said Erin, whose dad Ian Chappell, 52, is a self-employed builder.

‘We could share things like the fear of not knowing if it was going to kill us.

“Equally, in the back of my mind, I wished I wasn’t sharing it with my mum, as I didn’t want her to be ill, too.

‘We were close before, but this experience has definitely brought us even closer together.’ 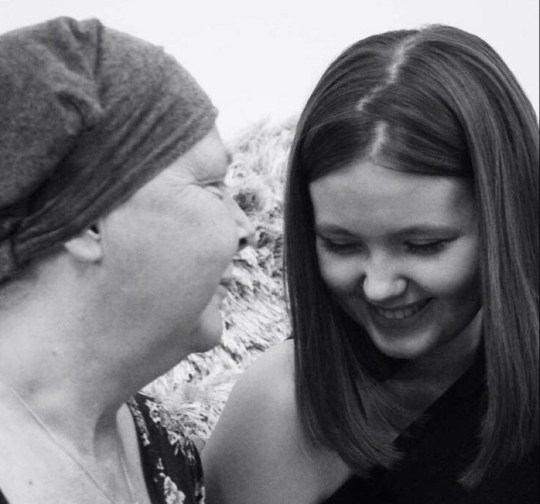 Mum and daughter when Nicky was going through chemo (Picture: PA Real Life)

Nicky’s cancer was found when she was rushed to hospital after a period of sickness and unexplained weight loss, caused by an extremely severe case of thrush.

A lump on her neck she thought was swollen glands was found by doctors to be Hodgkin lymphoma, which the NHS describes as an uncommon cancer that develops in the lymphatic system.

Erin said: ‘I was stunned when I found out. I’m so glad she had thrush, because it got her to hospital. If that hadn’t happened, she might not be here today.’

Both advanced and aggressive, the cancer had spread to Nicky’s bone marrow and kidneys by the time it was diagnosed. 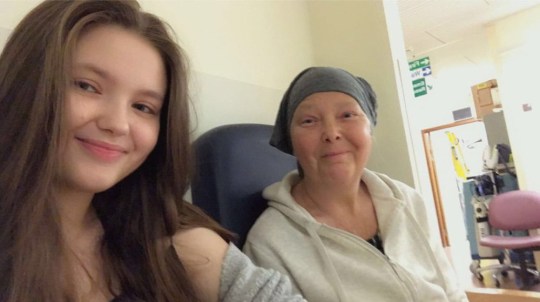 Without treatment, doctors said she would only have six months to live. So, she began chemotherapy almost immediately, in October.

Due to her mum’s weakened state, Erin initially turned to dad Ian for help with her painful cramps, which doctors initially believed were non-cancerous uterine growths called fibroids.

Erin had surgery to remove them and a coil fitted to hopefully ease symptoms, but by Christmas – although mum Nicky was cancer-free – she was in more pain than ever.

She said: ‘It got to the point that I could only bear to sit down on the toilet, I would be in floods of tears. It was how I imagine labour pains to be. 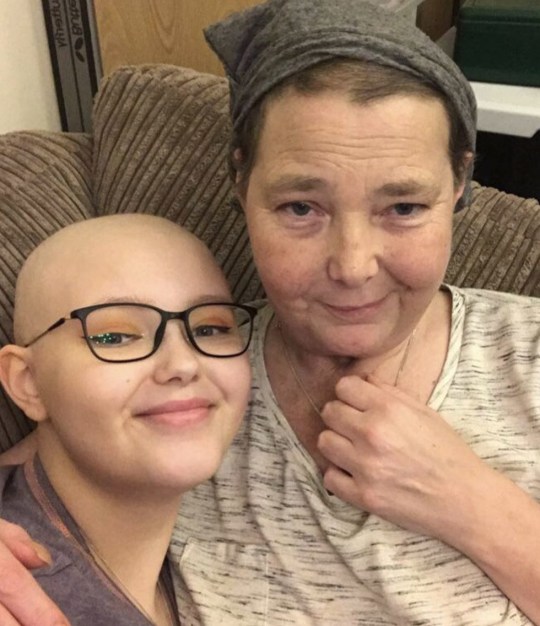 Erin and Nicky when Erin found out she was in remission (Picture: PA Real Life)

‘One night in January, I came downstairs in so much pain that I asked dad to take me to hospital.’

Urgent cans revealed that since her fibroid surgery in the November, a 7cm long tumour had developed and had prolapsed through her cervix, turning her uterus ‘inside out’.

According to the Cureus medical journal, uterine rhabdomyosarcoma is ‘exceptionally scarce’ with less than 35 cases being reported in English language medical journals worldwide.

Erin said: ‘I just couldn’t stop crying. No-one knew why I had this cancer. 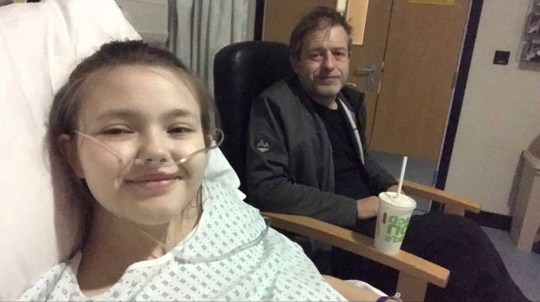 ‘Bits of my tumour have been sent all across the globe to be studied, and my case is discussed in international health groups.

‘I just could not get my head around it – but I was determined not to let it spoil my 18th birthday.’

With her mum well enough to join her, Erin, her family and 10 friends went for a meal and drinks at a Wetherspoon pub in Exeter and danced the night away.

Erin said: ‘Mum had a cry in the loo at every available opportunity – but I had a nice night despite everything.’ 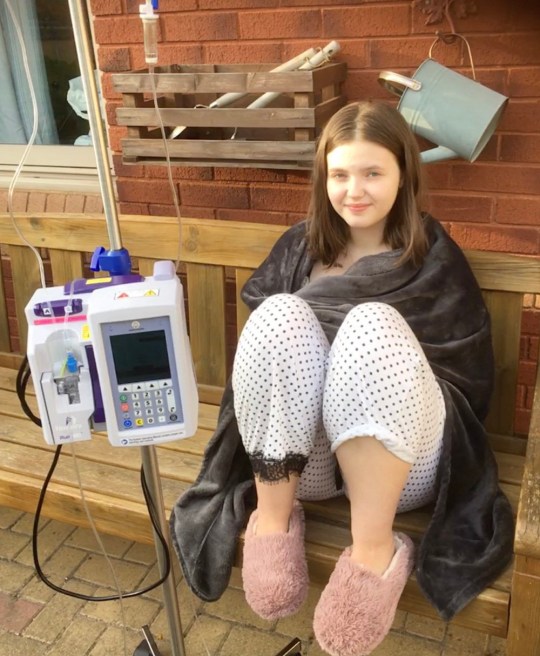 Nicky helped Erin go through a hysterectomy, freezing of her eggs, and an ovary removal, as well as five days of chemotherapy (even though she had to be alone due to coronavirus restrictions).

The pair shielded together, and in May 2020 Nicky was told she was in remission, months before Erin got the same news in August 2020.

Forced to leave college when she was diagnosed, Erin is now studying an access to higher education course at Exeter College and plans to study psychology at university.

She said: ‘Cancer and Covid have taken the last year away from us – so now we cannot wait for what the future brings.’ 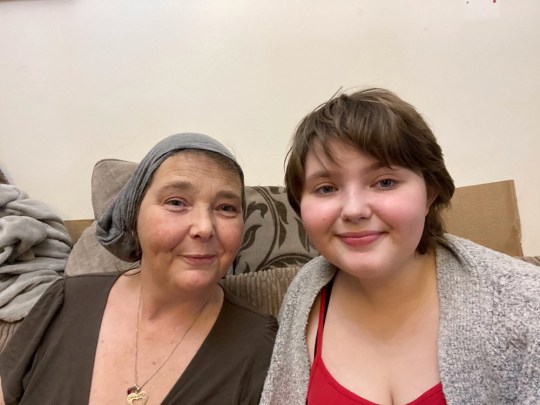 Mum Nicky said: “Erin’s diagnosis was heartbreaking, because she had been with me every step of the way through my experience of cancer, but I had to wave her off at the door of the hospital thanks to Covid.

‘I wish to God it had been the other way around – I would have given anything for me to have what Erin had, because the surgery has changed her life forever and I’ve already had my two beautiful children.’

She added: ‘In a way, I’m glad I had cancer first because it demystified it for Erin, as she was by my side the whole way through the process, from diagnosis to remission.

‘When Erin’s health started getting worse in November 2019, I had a bit of a cry because I couldn’t be there for her as a mum when she needed me most, as I couldn’t even think straight thanks to my own treatment.

‘As I got better, I could repay her for all the support she gave me. And, with the help of our marvellous family we’ve got through it together – although it’s one experience I’d prefer us not to share again.’

To find out more about the work of CLIC Sargent – who supported Erin through her treatment – visit their website.