THIS is the moment Covid cops arrest a dad in front of his family after he refused to give his details while on a walk at a beauty spot 22 miles from his home.

Radek Kotlarek, 39, his wife Marta and teenage son travelled to Talacre in North Wales on Sunday for what the family called a much-needed “mental break.” 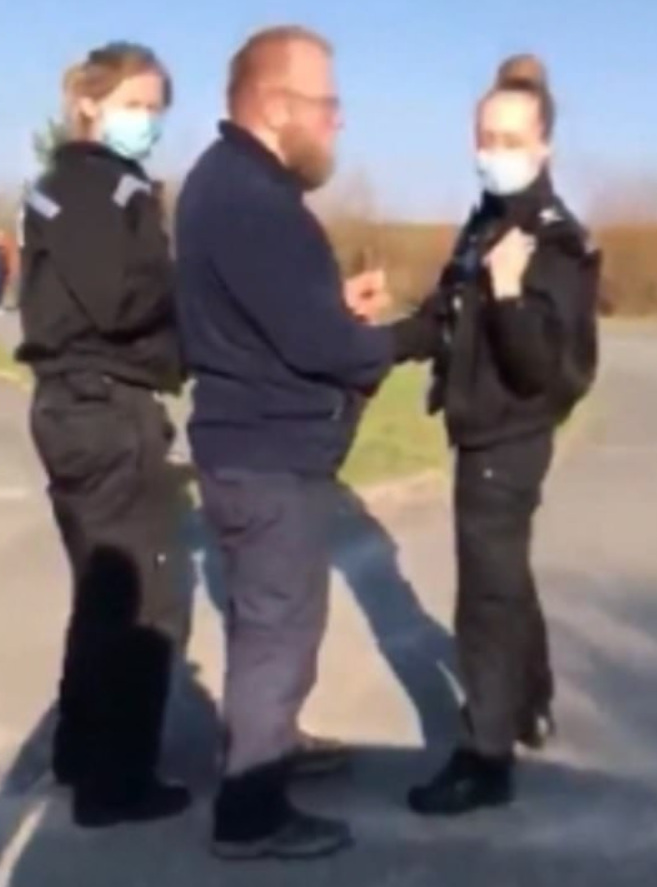 They were just about to head home after buying an ice cream when they were approached by uniformed officers as they walked towards their car, say reports.

When officers asked them what they were doing, Mr Kotlarek replied they had decided to take a walk for their mental wellbeing in the wake of the death of family members in Poland.

When he refused to provide his personal details he was handcuffed and led away for breaching coronavirus regulations.

On a video taken during the heated incident a woman can be heard saying the family hadn’t committed “any crimes.”

Mr Kotlarek later told the Leader: “I felt like it was abuse of power, so I did not give my name.

“I was telling them this journey was for our well-being. I was trying to reason with them. I told the officers ‘I didn’t do anything wrong’. 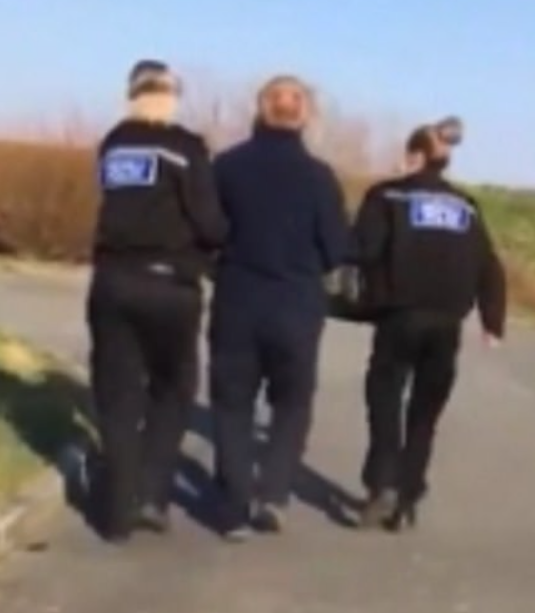 He was just about to head home when approached by uniformed officersCredit: Twitter/neiljmcevoy 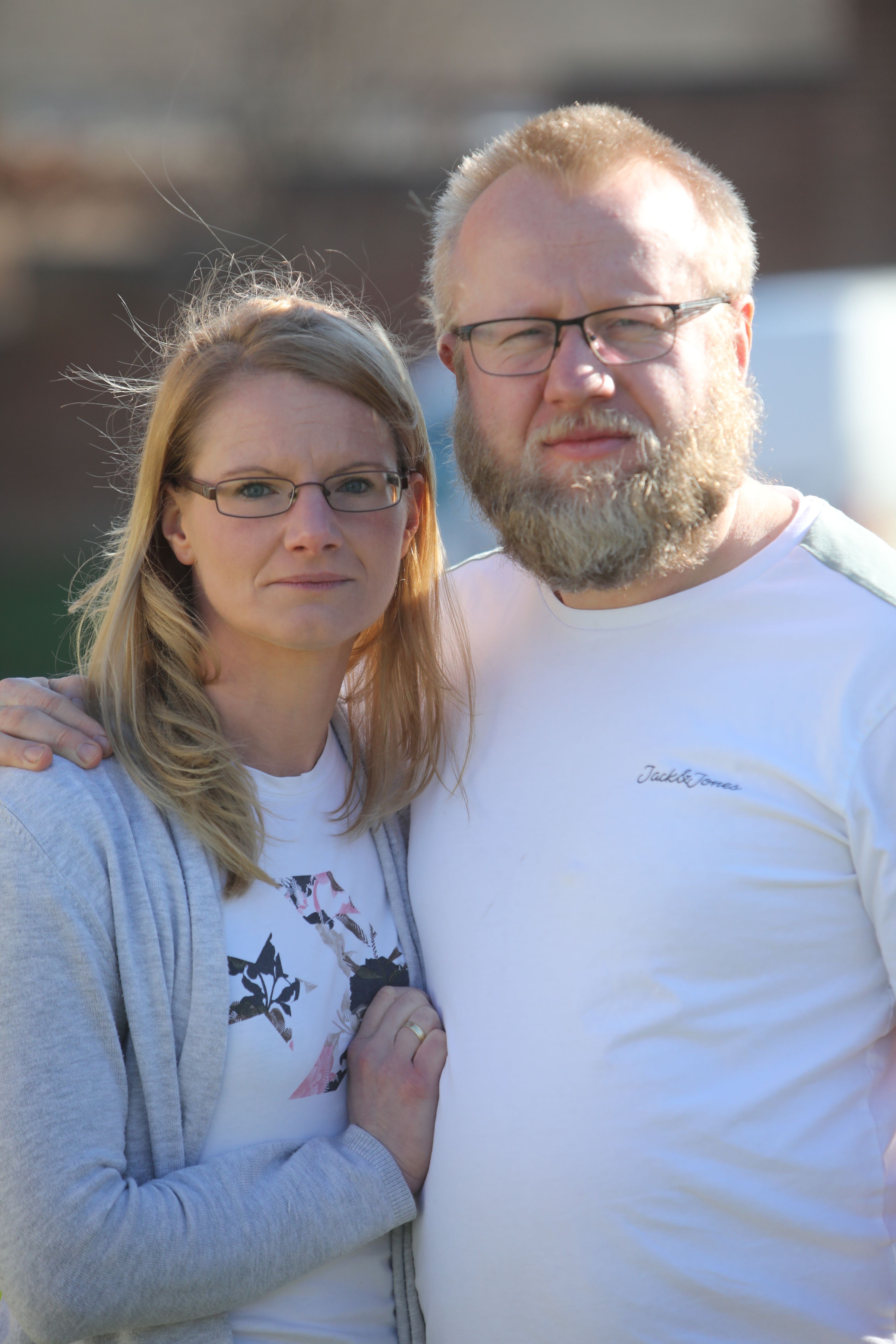 He had travelled to Talacre in North Wales with his wife Marta and teen sonCredit: Hadyn Iball/ Daily Post Wales

“My family was struggling with many issues that are sourced in the constant lockdowns and homeschooling.

“They include the very serious illness of my wife’s brother and death of close relatives.”

Kotlarek – who appears to have recently retweeted anti-vaccine posts on social media – claims he was “interrogated” after his arrest.

After being released, the dad of two claimed he wasn’t charged or fined despite spending three hours custody.

Welsh Assembly member Neil McEvoy blasted cops for their actions telling MailOnline: “How on earth can a regular couple be treated in such a way?

“The Kotlareks have been dealing with family tragedy in Poland, yet are unable to travel to be with family. They went to a quiet beach to maintain a sense of sanity.” 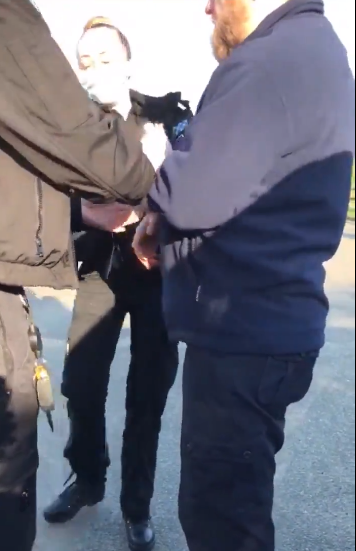 The dad believes his arrest was an ‘abuse of power’Credit: Twitter/neiljmcevoy

Others also hit out at the police after watching the video.

Actor Laurence Fox wrote: “Without consent, it’s not policing. Incidents like this critically erode trust in the police, who must be free to investigate real crime.

“What are we becoming? Our freedom is not innate. We have to protect it.”

Another commenter wrote: “Doesn’t matter if you’re committing a crime or not these days, the cops simply don’t take well to not being obeyed.”

Chief Supt Harrison said: “The person was spoken to at Talacre beach as officers reasonably suspected he had committed an offence, which in this case was a breach in Coronavirus regulations.

“The man, who is from the seaside town of Rhos on Sea some 22 miles away, was arrested because his details could not be ascertained at the time in order to be reported for the suspected breach.

“The officers behaved in a calm and reasonable way as I would have expected.

“As is always the case, if the individual wishes to query or complain about the way they were treated then of course we will review the full circumstances.”