MILLIONS of AstraZeneca vaccines are sitting unused across Europe as the EU tries to block exports of the jab to the UK.

According to European Centre for Disease Prevention and Control figures there are currently around 5.5 million unused doses of the jab sitting in warehouses. 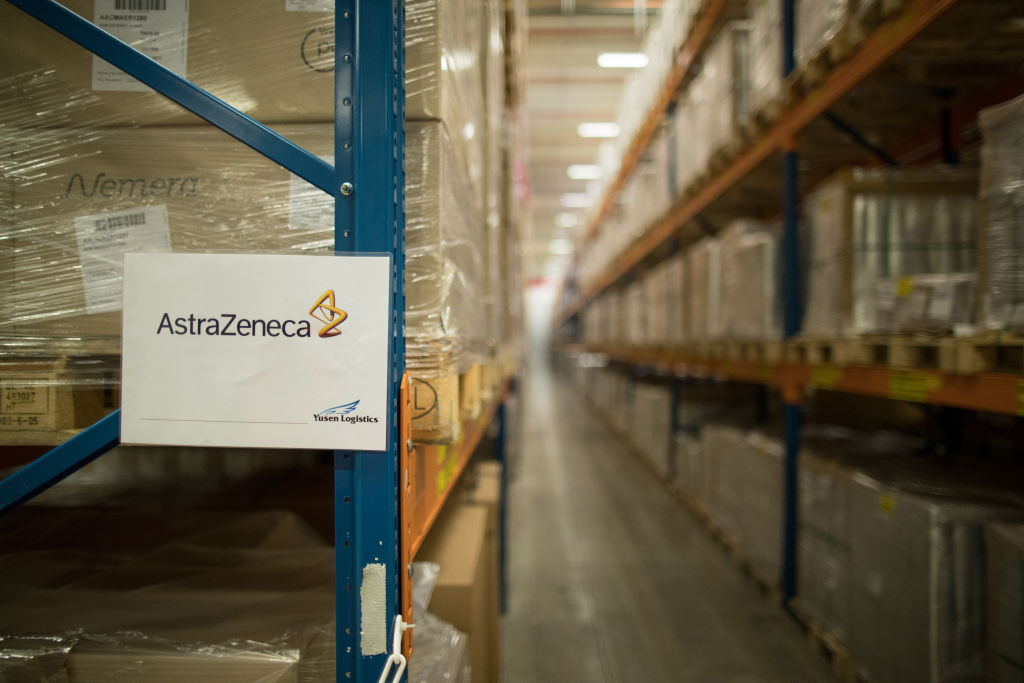 AstraZeneca jabs in a warehouse in BelgiumCredit: Getty 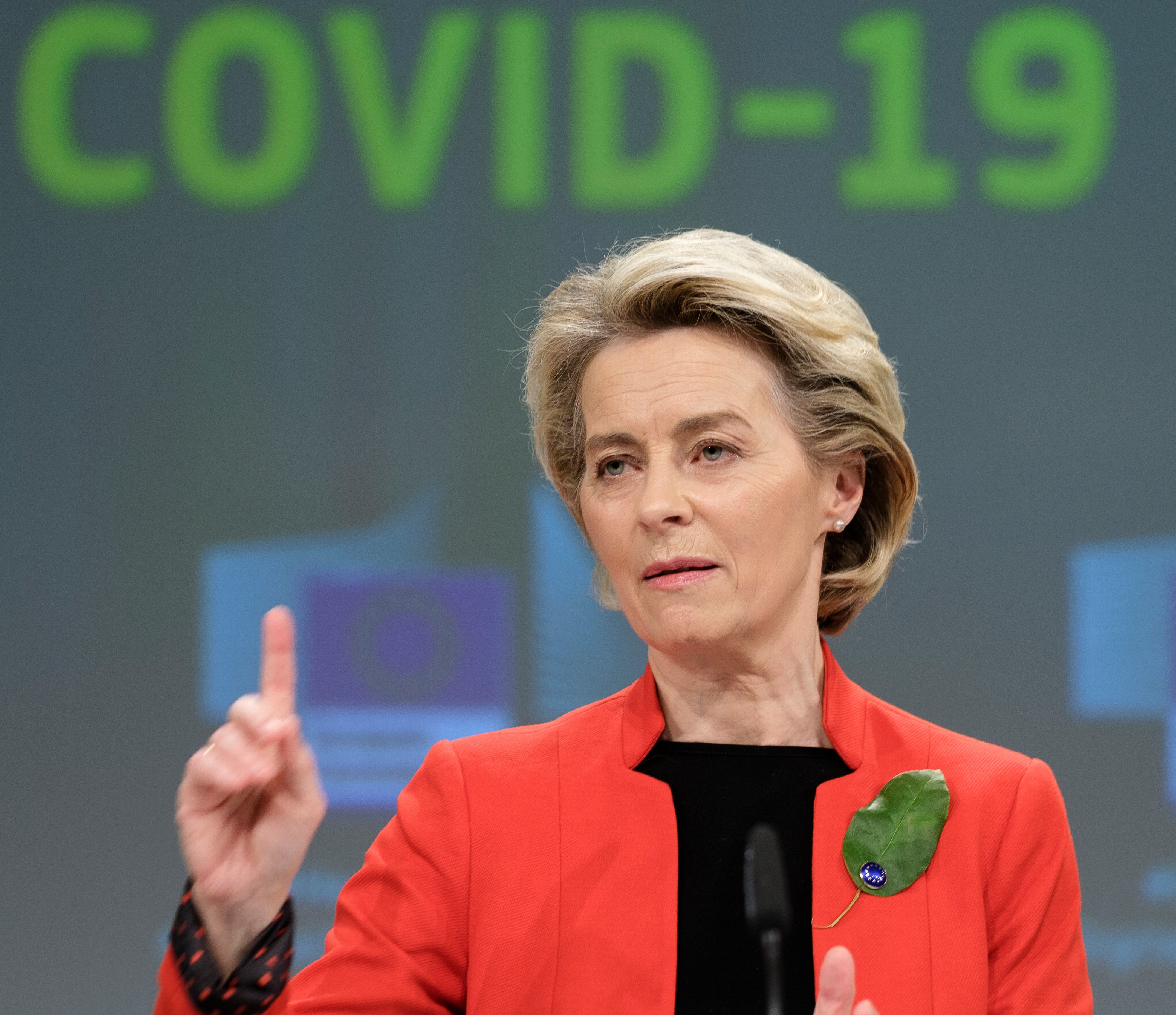 Germany has received 3.4 million doses of the vaccine but has administered 1.9 million, while France has taken delivery of 2.8 million but only around given out 1.5 million.

Despite the stockpiles, the European Commission has beefed up its export ban to prevent what it sees as an unfair one-way flow of vaccines.

The EU has had export ban powers in place since late January, but up until now it could only hit companies failing to fulfil their contracts with the bloc.

That has now been widened so the Commission can block shipments to states like the UK which are faring better on vaccinating their populations.

Sandra Gallina, head of the European Commission’s health directorate, had MEPs that the EU has “a serious problem” with AstraZeneca.

The Anglo-Swedish company delivered less than a quarter of the 100-million-plus doses it had pledged to supply in the first three months of this year, she said.

The EU’s measure, put in place to monitor exports and if necessary to block them, has already been used once to prevent an AstraZeneca shipment leaving Italy for Australia.

Ministers have privately warned the UK would have “no choice” but to block vaccine ingredient exports to the continent if the EU triggers a full blown jab ban. 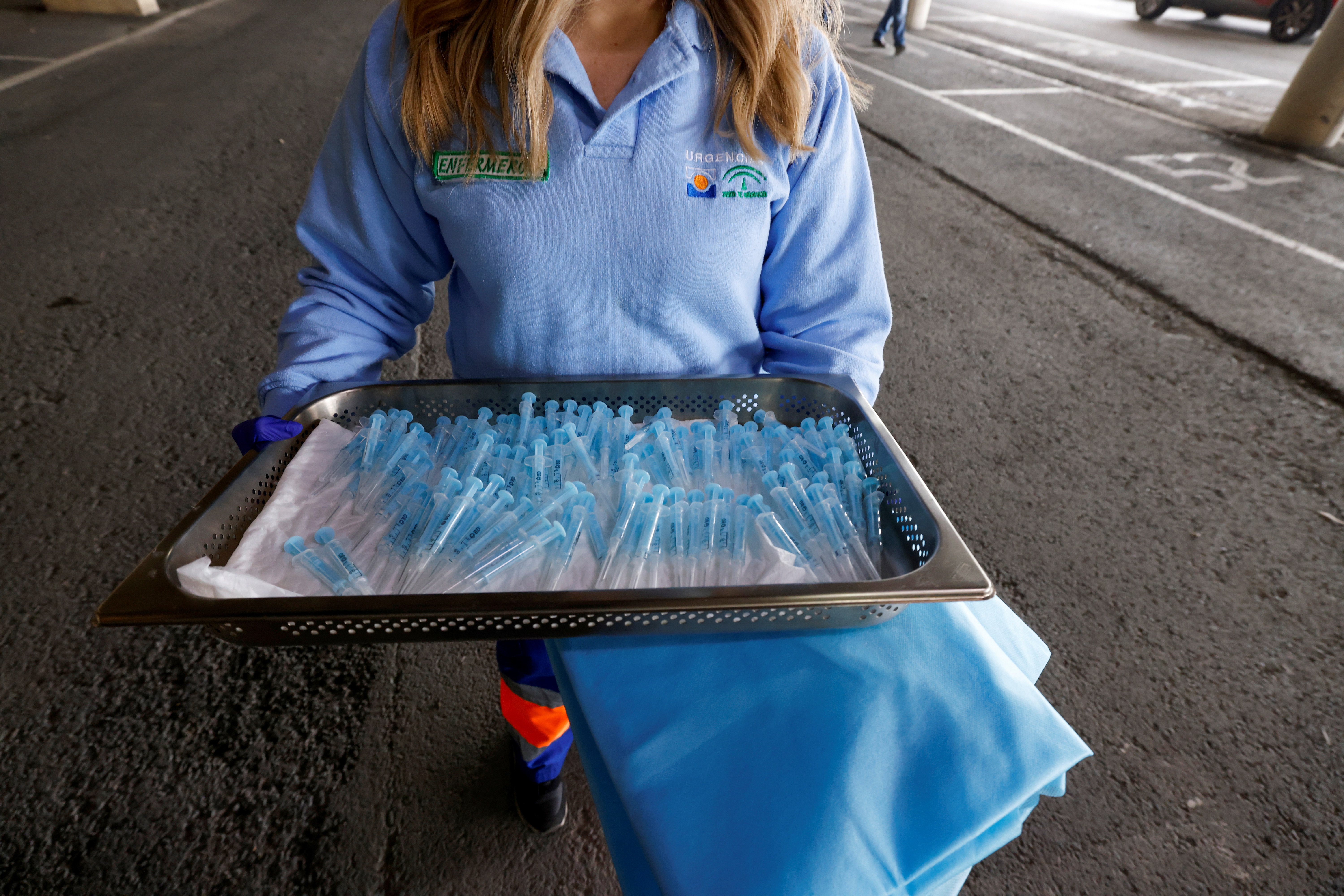 Public trust in the jab has been erodedCredit: Reuters

Meanwhile reports from Italy have said that the bloc is battling with the UK over 29 million AstraZeneca doses.

According to Italian paper La Stampa the huge stocks were earmarked for the UK, but discovered by the authorities after a tip-off from Brussels. 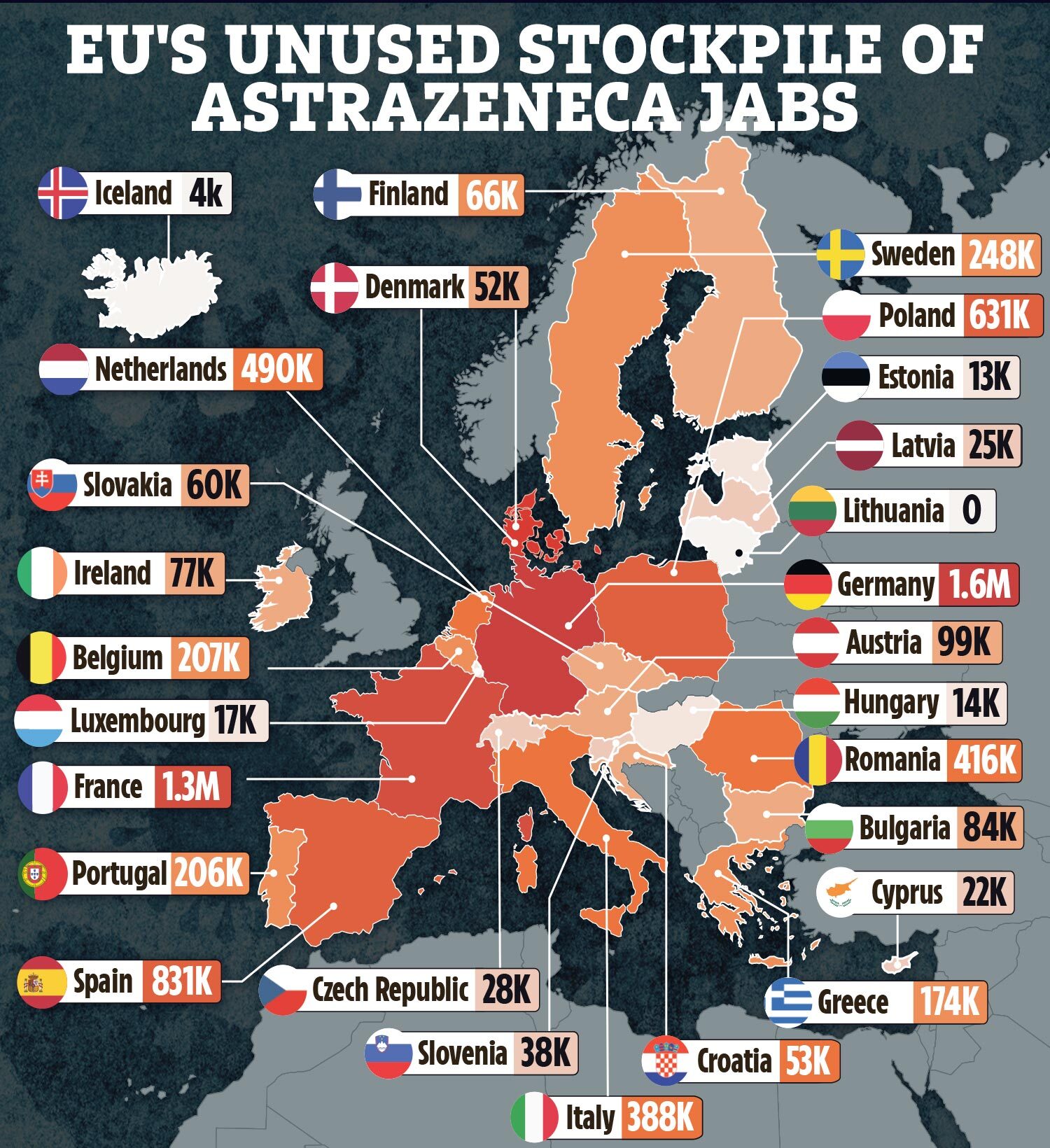 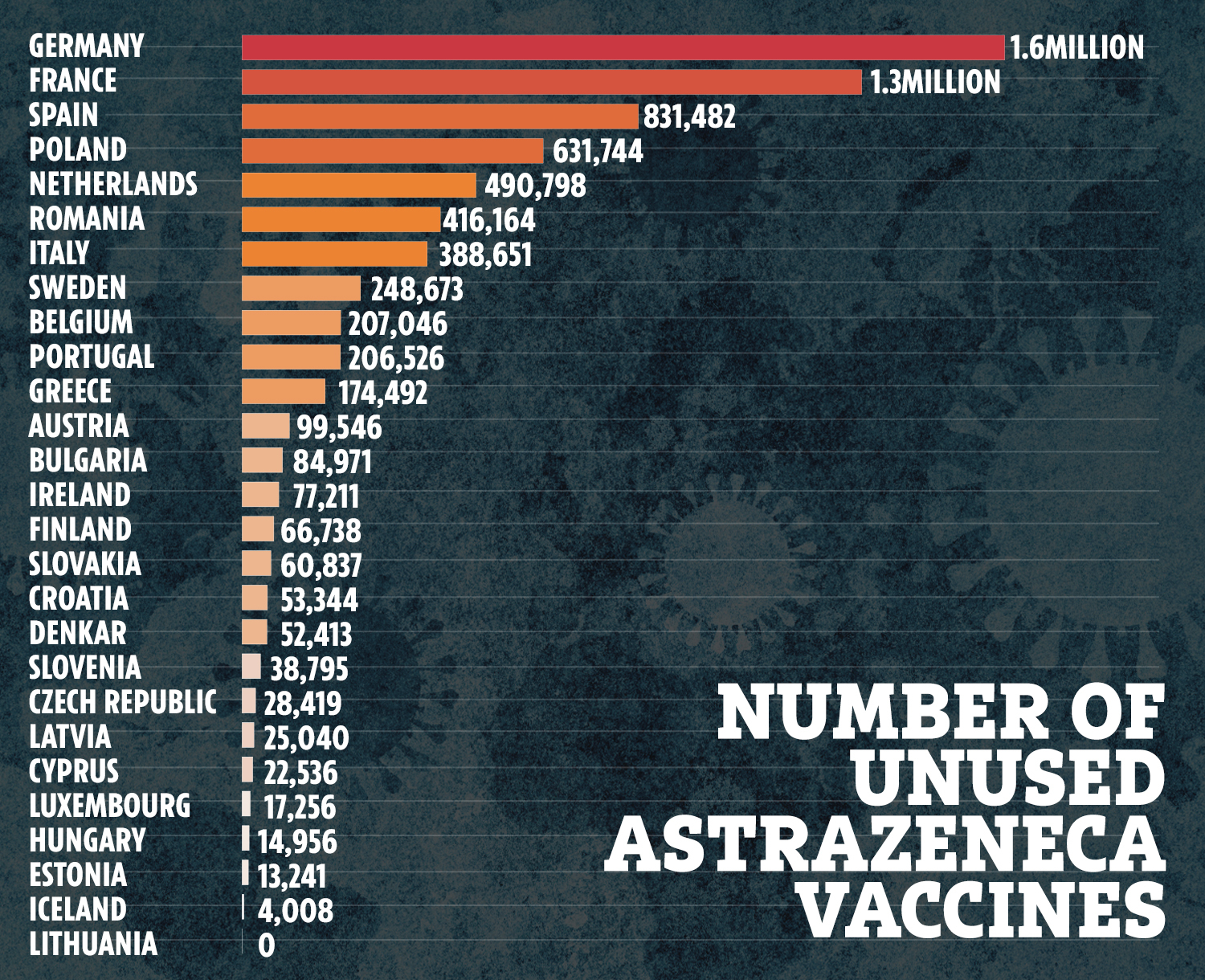 But the UK government sources insisted the claims are not true.

The AstraZeneca shot had been hailed as a potential game-changer in the fight against the pandemic, as it is cheaper and easier to store and transport than many of its rivals.

But public confidence tumbled after more than a dozen countries temporarily suspended its rollout because of isolated cases of blood clots.

The move came even as World Health Organization and regulators found no link with the jab and blood clots.

The threat of a vaccine war comes as one expert warned Europe’s Covid crisis will last until next year in a massive blow for summer holidays.

“At the heart of it is vaccinating faster, we need to vaccinate faster we need to manufacturer the vaccines faster and we need to move beyond the rows between the EU and UK.

This clever TikTok running hack will help you hit your goals