ADULTS may be suffering undetected health conditions, such as glaucoma, diabetic retinopathy, macular degeneration and even heart disease – because two million people missed a routine eye test during lockdown.

Specsavers usually carry out around 8.6 million eye examinations annually and refer more than 600,000 people to hospital or their GP for further investigations. 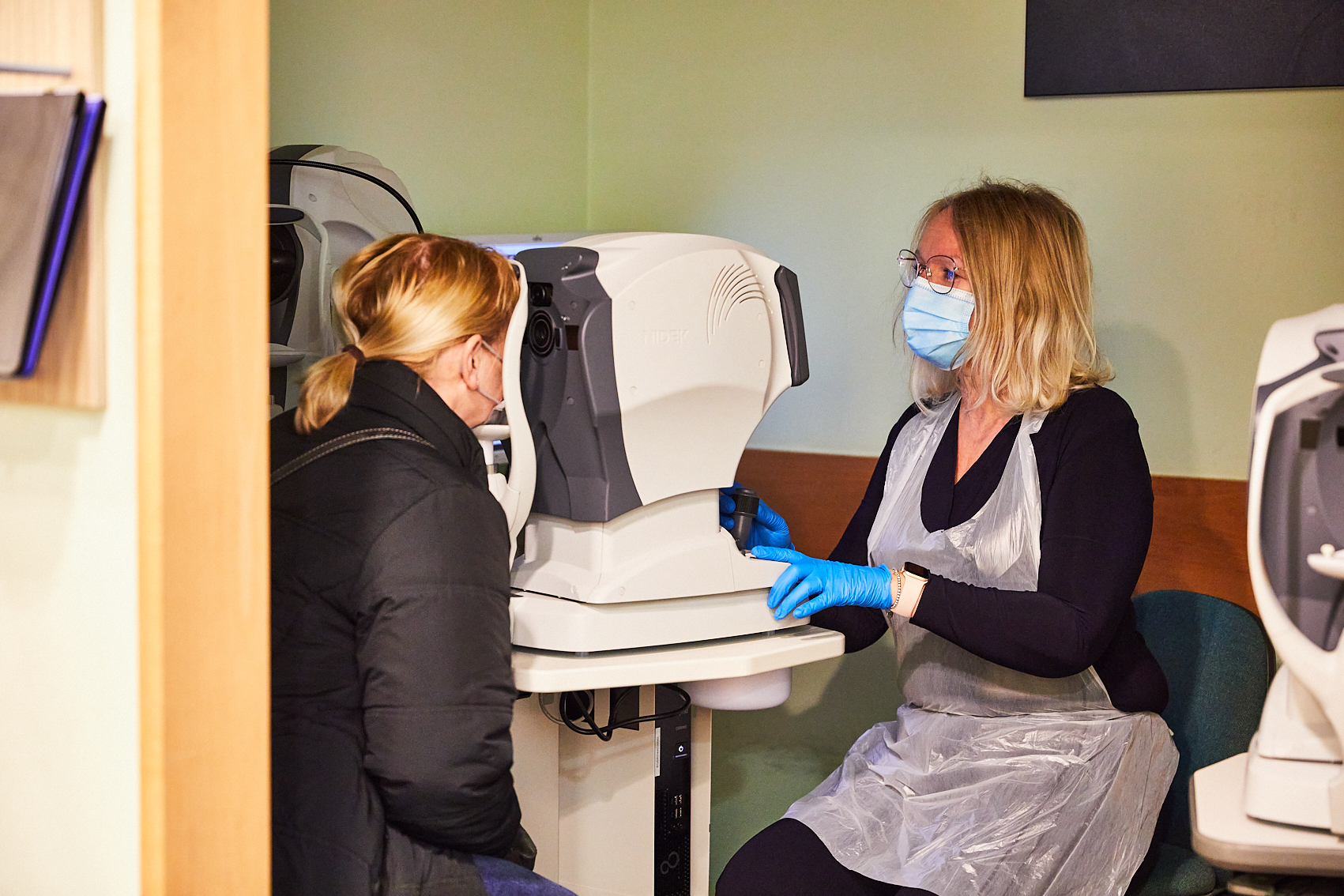 Millions missed their eye tests during the height of the pandemic

But millions missed tests at the height of the pandemic (March to September 2020) -and almost 130,000 fewer people were referred – meaning many could be unaware they have a health problem.

Figures for the same period also revealed referrals were down by nearly half for glaucoma, known as the ‘silent thief of sight’ due to it often being completely symptom-free.

A further study of 2,000 adults has revealed that at least one in 10 people fear they might have a serious underlying sight condition, while one in 20 worry that they have a potentially significant issue with their hearing.

While half of adults think either their sight, hearing or both have deteriorated since the pandemic began – two thirds (66 per cent) of those have not yet booked a test.

According to the research as part of Specsavers Hindsight Report, one in eight (13 per cent) have also missed a hearing test in the last year.

Giles Edmonds, Specsavers clinical services director, said: “Regular examinations are capable of picking up so much more than whether or not someone can see normally.

“And during the last 12 months we have made far fewer referrals and detected far less anomalies than would be expected in this time period, because people have been cancelling their appointments for various reasons like self-isolating or nervousness around leaving their home.

“Understandably, many have missed appointments due to the pandemic, however so many potentially dangerous potential illnesses are highlighted during eye tests.

“And when you consider the number who have missed a test in the last year, there are potentially a high number of people going about their lives with no idea about potentially catastrophic illness that could be avoided by having a simple test.”

Nearly one in five (19 per cent) adults polled via OnePoll have felt eye fatigue in the last year, while one in six have experienced dry eyes or headaches.

And 69 per cent haven’t sought medical advice believing them not to be a major problem – or not wanting to waste NHS time and resource.

Brits were aware a standard eye test can detect cataracts, glaucoma or retinal detachments, but 85 per cent were unaware they can identify signs of a potential stroke.

More than six in 10 (62 per cent) admitted they don’t always know what they’re looking for when it comes to health-related warning signs, while 46 per cent admit to avoiding thinking about any health conditions they may have.

Of the 47 per cent who tend to put off things like an eyesight check, 70 per cent do so because they think the changes are so small, they’re almost unnoticeable.

Of those who have felt their sight and hearing have deteriorated, worrying about being up close to others outside of their household (36 per cent), feeling it was too early to be into contact with others (34 per cent) and simply not getting round to it yet (25 per cent) were the main reasons for not booking a test.

But while Brits have been avoiding appointments at all costs, the Hindsight report indicates a surge in adults researching health concerns online.

Only 13 per cent said they have taken their health a lot more seriously since the pandemic began, with 52 per cent reckoning they think about it in the same way as they always have.

The importance of a test is highlighted by the story of Mia Young, a six-year-old girl from Treorchy who was diagnosed with chronic myeloid leukaemia just over a year ago – a rare form of cancer, with only 750 cases diagnosed per year in the UK following a hospital referral following an eye test.

Mr Edmonds added: “While our stores have been open throughout the pandemic, with the rest of the high street opening up people may start to feel more comfortable making their appointments once again.

“In fact many of our store partners have already seen an increase in calls asking if they’re open.

“As our research shows people have understandably been apprehensive about coming into contact with others, but we want to ensure customers that we have stringent safety measures in place and enhanced cleaning routines to make visits as safe as possible.

“It is so important to come and see us if you have any concerns as an eye test doesn’t just pick up changes in vision but can also detect wider health concerns too.”

For more information about the Specsavers Hindsight Report, visit: https://www.specsavers.co.uk/hindsight 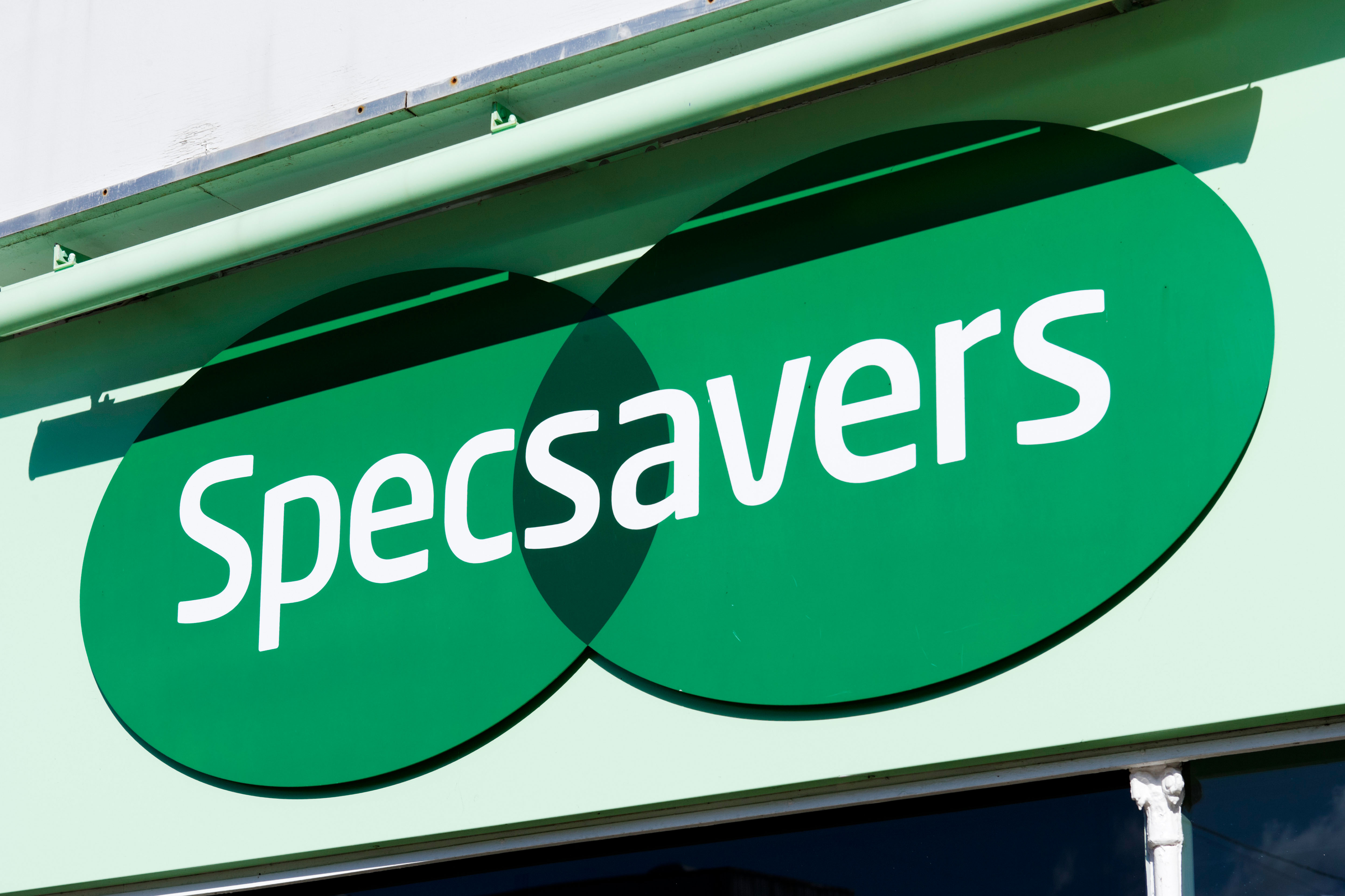 A further study of 2,000 adults has revealed that at least one in 10 people fear they might have a serious underlying sight conditionCredit: Alamy