Menopause: The Board Game launches to break stigma

Who knew playing games could be so educational? (Picture: INTIMINA/Getty)

Did you know there are more than 40 symptoms of the menopause? No, well it’s time to get educated.

Forget about solving a ‘whodunnit’ in the billiard room, or taking on the role of a property tycoon.

This year’s must-play – and possibly most important – board game is all about the menopause.

Intimate wellness brand INTIMINA has launched the board game after a study pointed to a clear lack of knowledge about what the menopause entails.

In fact, one in ten adults had no idea what the menopause means for women and an alarming 13% of men think the menopause has no symptoms at all. 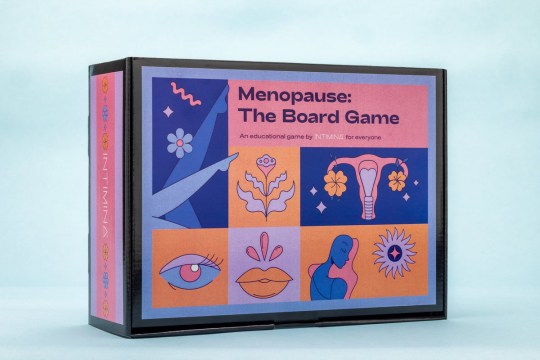 The board game is designed to reduce stigma around the menopause (Picture: Nigel Davies/INTIMINA)

The board game was created with the help of gynaecology specialist GP Dr Susanna Unsworth to tackle the taboo that surrounds the change.

Appropriate for all ages, the board game will see players race from start to finish answering questions about the menopause along the way.

Using uterus-shaped tokens, players will take it in turns to move across the game board – which resembles the changes in oestrogen levels during the menopause.

Question cards will quiz players on the many and varied symptoms, with answers and explanations to help people learn as they play. 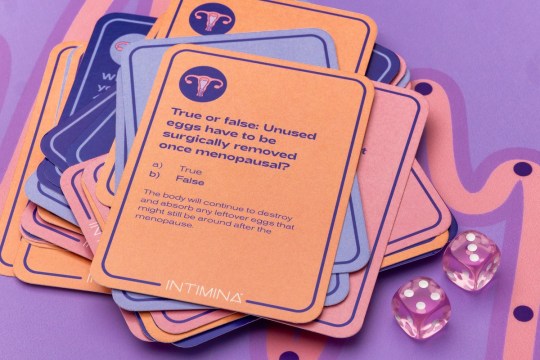 Alarming study findings prompted the creation of the board game (Picture: Nigel Davies/INTIMINA)

The aim is to educate players after the findings of the study, which points to a need to learn what the symptoms are.

On average, respondents said there were 11 symptoms of the menopause, but the reality is there are more than 40.

Justine Pescher, spokesperson for INTIMINA, said: ‘The menopause is something that affects around half the population, yet there isn’t enough education and open dialogue surrounding it which leads to misinformation and a lack of sensitivity for those going through it.

‘Our research showed only 13% are taught about it at school and it’s widely agreed that it should be a topic discussed as part of workplace training.’ 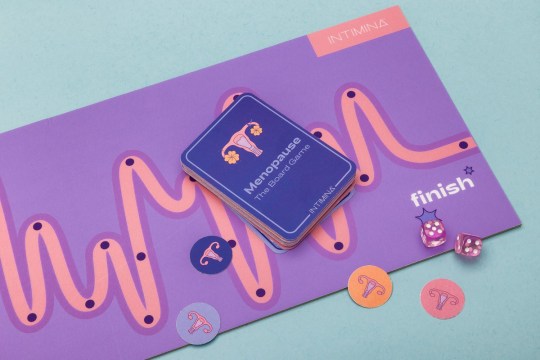 The game reveals that there are more than 40 menopause symptoms (Picture: Nigel Davies/INTIMINA)

Other shocking finds reveal that a quarter of those surveyed believed people are actually given medication to dissolve unused eggs once menopausal.

One in seven also think you can’t have sex while going through the menopause.

And 68% agree that people should receive menopause sensitivity and awareness training at work.

Just some of the menopause symptoms:

With this in mind, INTIMINA partnered with Positive Pause who provide no-nonsense information on their free to access menopause platform and deliver dynamic, online workplace training sessions.

PositivePause will be using Menopause: The Board Game in upcoming training sessions and events.

Ann Stephens, co-founder of PositivePause, says: ‘All women and some members of the trans and non-binary community are guaranteed to go through menopause yet most lack basic awareness of the signs and symptoms.

‘Many fail to join the dots as they begin to experience the impact of fluctuating hormones in perimenopause. 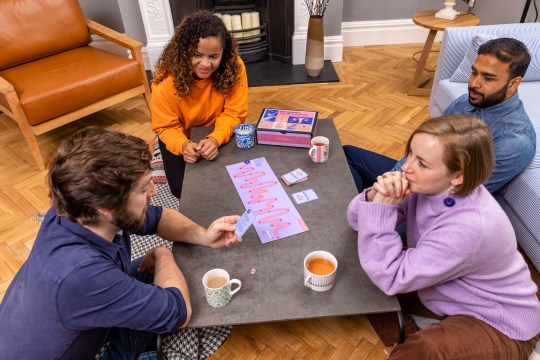 The board game is designed to make people more informed about the change (Picture: Nigel Davies/INTIMINA)

‘Opening up the conversation brings menopause out of the shadows. By normalising what is all too often perceived as a negative process, it can be turned into a positive.

‘The better informed we all are, the better it is for everyone, benefiting women’s health, relationships, and employment.

‘As we like to say, “menopause is not about the time of the month, it’s about having the time of your life.”‘

Who was Joanna Yeates and how did she die?

Premier League matches on TV this week and how to watch