MATT Hancock will give a statement in the Commons today as the hunt goes on to track down the mystery British traveller infected with the Brazilian Covid strain.

The Health Secretary is expected to provide an update on the new mutant strain at 12.30pm today. 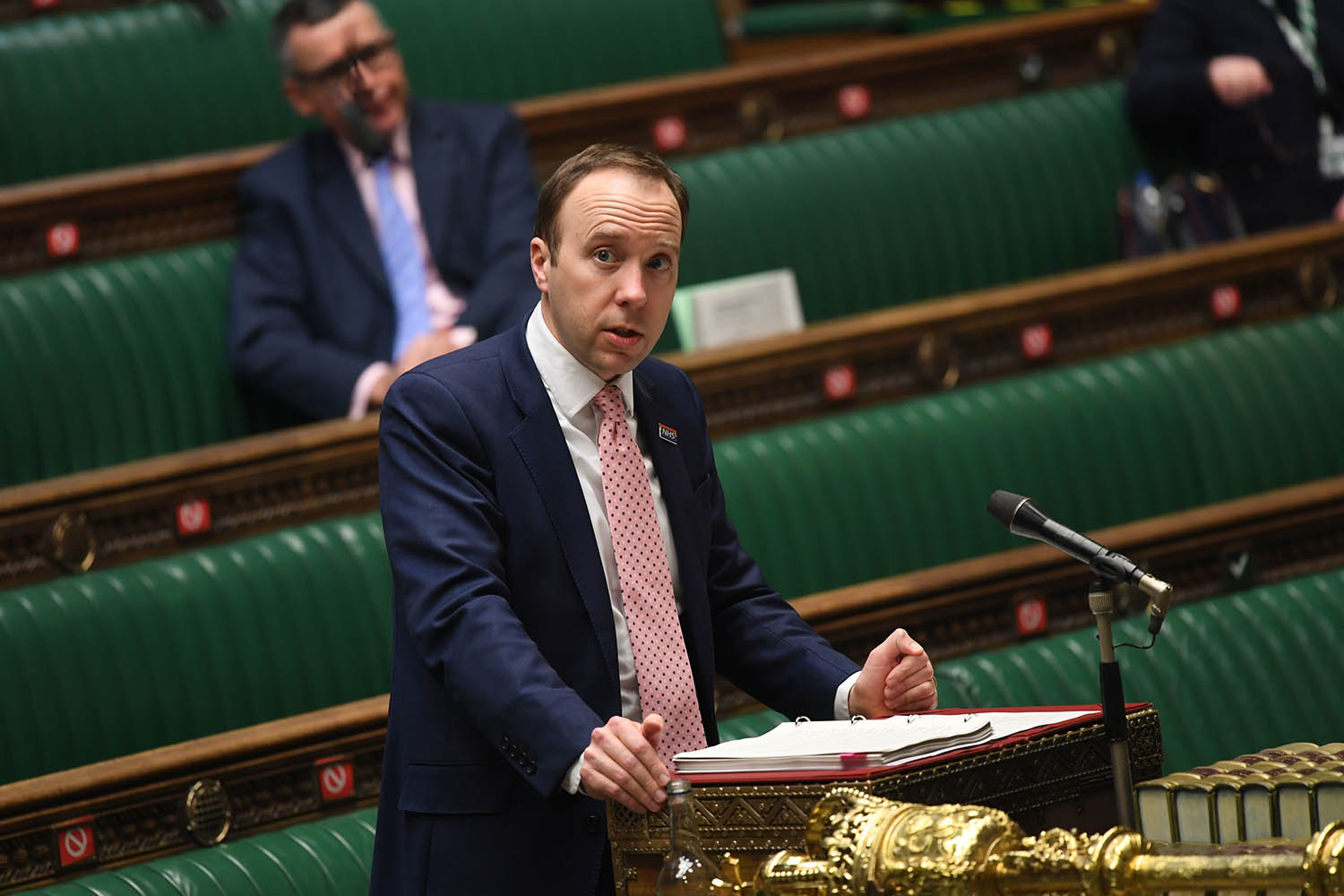 Matt Hancock will give a statement a 12.30pm today

Mr Hancock is likely to give further details on the missing traveller after he made a desperate plea for them to come forward last night.

A nationwide hunt was launched after the person didn’t put down the right information on their forms after flying into the UK, sparking a frantic search for them.

They may not have even known they were infected with Covid.

Ministers have branded the new variant a “concern” because it may be more resistant to vaccines – though it’s not yet known for sure.

Mr Hancock told last night’s press conference: “We are trying to track down this individual, but we also have not seen any further community spread.”

A massive effort is underway to locate the missing Covid patient and that they need to be found as soon as possible so measures can be taken to squash any outbreak.

There are nine areas where residents are being urged to get tests as a result of various variants.

Six strains of the Brazil variant have been found in the UK so far – and people living in five areas need to get a test.

Anyone who had a test on February 12 or 13 and didn’t get a result should come forward now, ministers urged.

Mr Hancock added: “We’re therefore asking anyone who took a test on the 12th, or 13th of February, but hasn’t received the result back to please get in touch by calling 119 in England, Wales, or Northern Ireland, or in Scotland, 0300 303 2713.

“We are doing additional search testing in parts of South Gloucestershire as a highly precautionary measure, and we urge people in that country to come forward for testing.”

It came as more than 20 million people have now been vaccinated across the nation – and new research showed the vaccine was nearly 80 per cent effective after just one shot.

The results apply to the Pfizer and Oxford/AstraZeneca vaccines, with the British jab proving slightly more effective against the bug.