THE HUNT for the missing Brazil Covid case has narrowed to 379 homes, Matt Hancock said today.

The Health Secretary told MPs in the Commons there was “no information that suggests the variant had spread” to other areas of the UK. 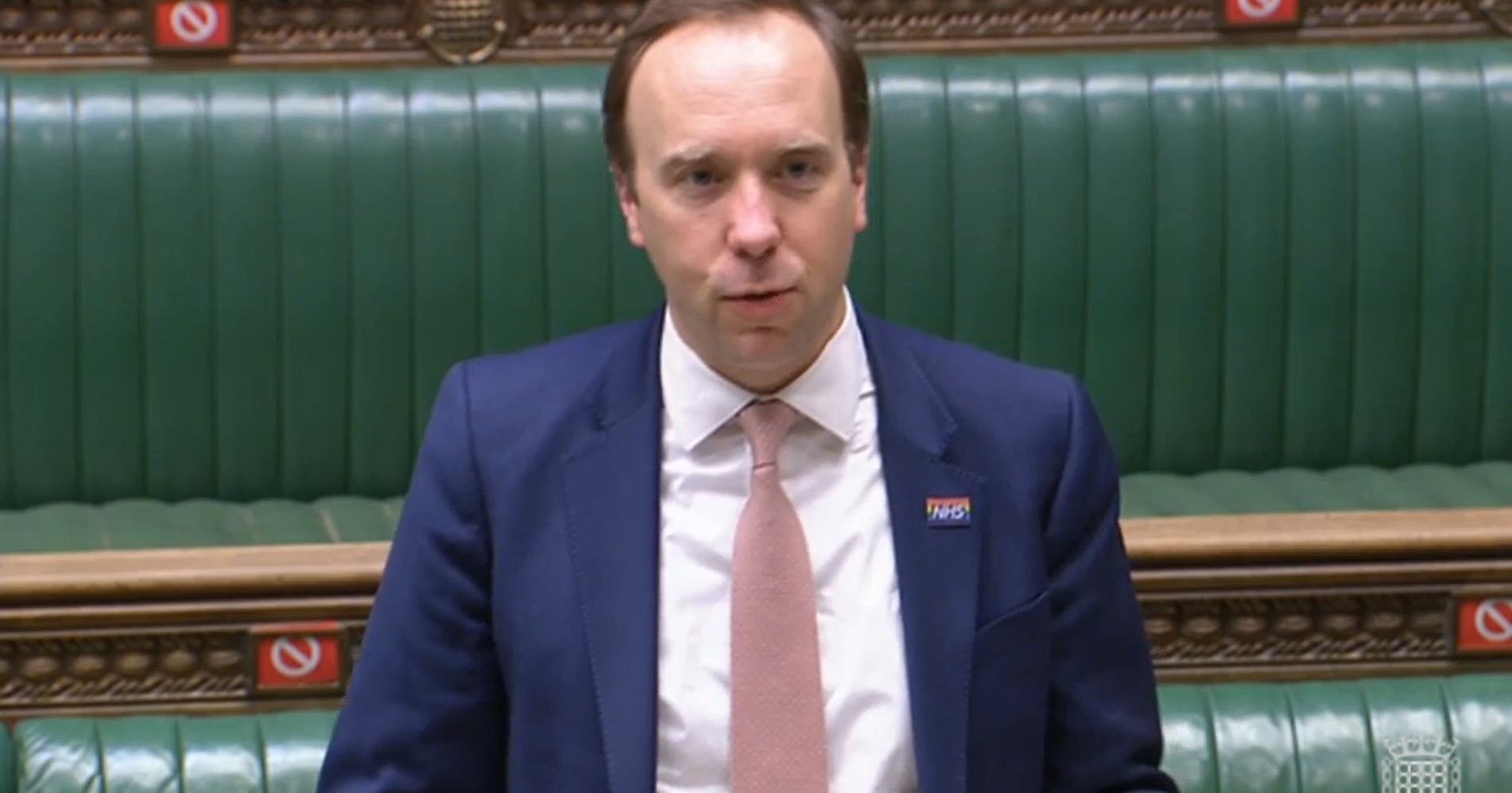 It comes after Public Health England (PHE) said six cases of the Brazilian variant, known as P1, were detected in the UK.

While five of the six people submitted their details to Test and Trace, one passenger failed to fill out the correct details.

Residents in five postcodes in England were urged to get tested for Covid after two of the six cases were linked to South Glocestershire.

The remaining three cases were identified in Scotland.

Mr Hancock said officials have now traced the missing case to a batch of home tests that were carried out in the South East.

Speaking this afternoon, the Health Secretary thanked the passengers who had returned and quarantined.

He said: “We know five of the six quarantined at home and I want to put on record our gratitude to them for following the rules.”

Mr Hancock said a number of people had come forward after he appealed the nation this week for possible cases.

He did not confirm what areas of the South East the experts had narrowed the case down to and The Sun has contacted PHE for further clarification.

Mr Hancock added: “Current vaccines have not been studied against this variant.

“The variant has caused challenges in Brazil so we are doing all we can to stop the spread in the UK.”

The government had previously revealed that surge testing would be deployed in the South East in areas such as Woking, Southampton and Norfolk.

However, this began on February 17 and was intended to detect cases of the South African variant.

The test officials are looking for was taken on either February 12 or 13.

Officials are also searching for passengers who were on the Swiss Air flight LX318 from Sao Paulo to Heathrow, via Zurich, which landed on February 10.

Addressing MPs today he added that a third Covid jab might be needed due to the spread and development of new variants.

So far in the UK, more than 20.2 million Brits have received their first jab of either the Oxford or Pfizer Covid vaccine, while 800,000 have had their second dose.

He added: “This country is on the road to recovery, we have freedom on the horizon.

“Let’s not waver and do whatever it takes to keep it under control.”

The Health Secretary previously defended the Government’s border arrangements following the detection of the cases of the worrying Manaus variant.

He said home quarantine measures were already in place and travel restrictions on Brazil had been imposed before the hotel policy was implemented.

Speaking yesterday, Mr Hancock said: “All the evidence is that the five cases that we know about followed those quarantine rules and that, I hope, is very reassuring to people.

“There is no evidence that the sixth case did not follow those quarantine rules – we need to obviously get in contact with the person in question.”

The test was taken on February 12 or 13 and “we haven’t seen any further knock-on transmissions in the data”. 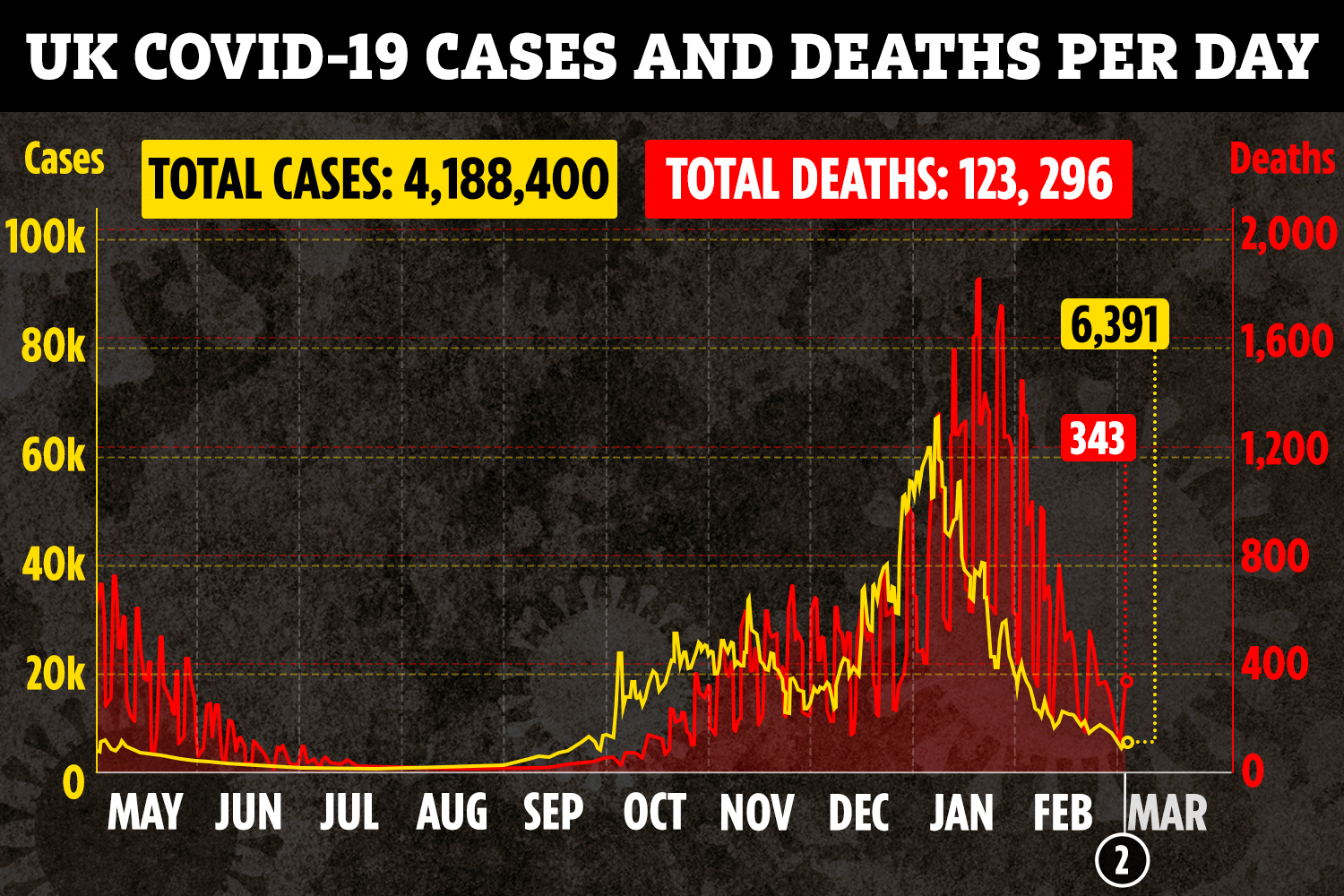 Ministers have branded the new variant a “concern” because it may be more resistant to vaccines – though it’s not yet known for sure.

PHE this week confirmed six cases of the Manaus P1 mutation, named after the variant first detected in Brazilian city.

Two are from one household in South Gloucestershire with a history of travel to Brazil. A third is understood to be an unlinked case in England.

The other three cases were identified in north-east Scotland.

Residents who live in five postcode areas in South Gloucestershire, who are aged over 16 and do not have symptoms of Covid-19, are invited to come forward for testing.

It is thought to be more contagious and there is a chance it may not respond as well to the jab – although no vaccine data for it exists.

Danny Altmann, a professor of immunology at Imperial College, said it looks likely the Brazilian variant is “breaking through” antibodies built up by previous infection.

Asked if it is impossible to keep the door shut to new strains coming in to the UK, he added: “It’s a really, really hard challenge. The border controls, test and trace and containment hasn’t been our biggest strength.

“We see these variants popping up variably all over the world, so we’re just as liable to suffer from a homegrown one as an imported one.

“So we just need to be really on the case all the time.”