BRITAIN’S border rules are set to be tightened further to protect the country against mutant coronavirus strains from abroad, Matt Hancock revealed today.

The Health Secretary said ministers want to take even more “stringent” action but refused to say when the new hotel quarantine system will come into force. 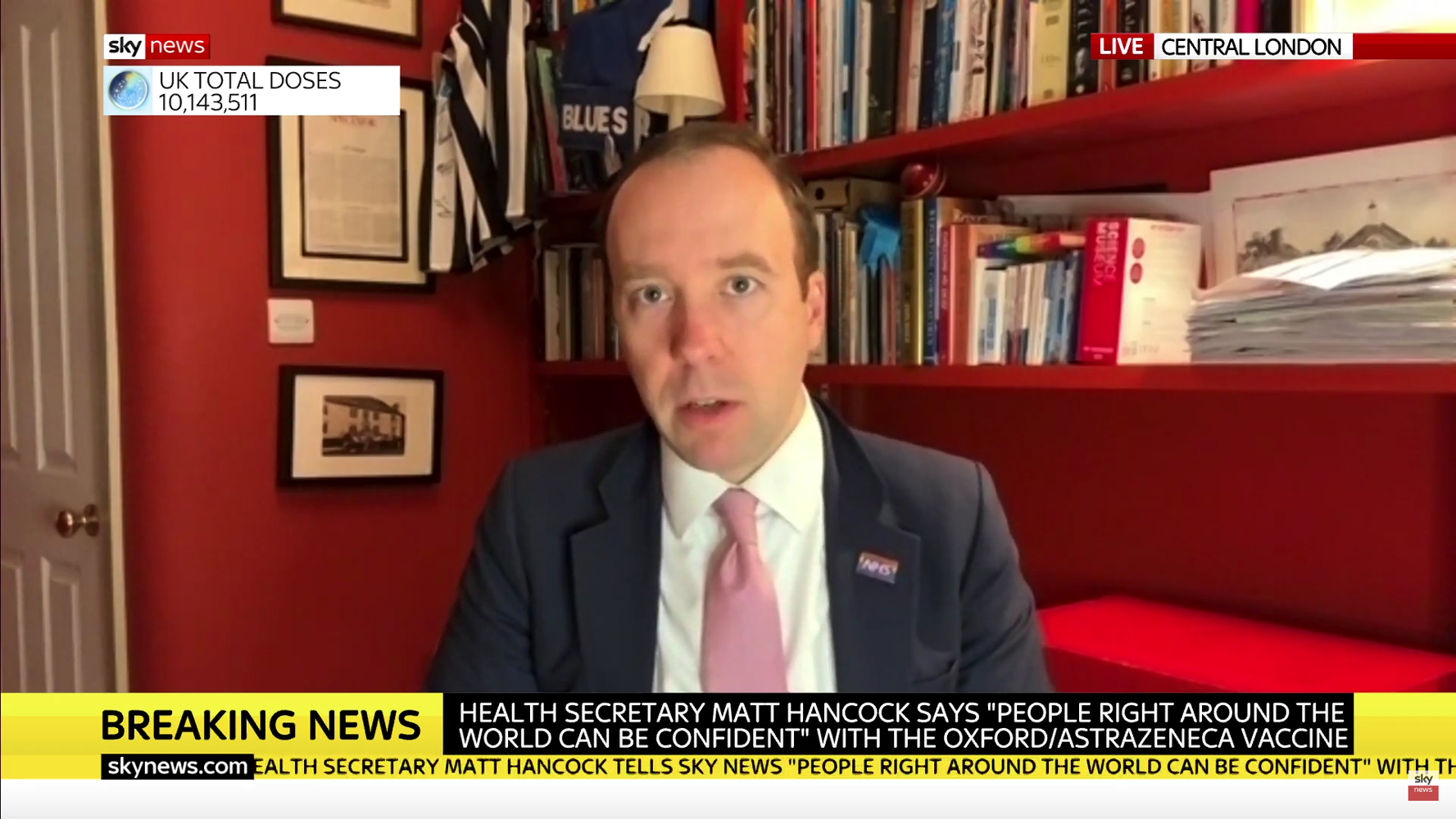 He was repeatedly grilled over whether the Government has done enough to stop new variations of the virus from reaching the UK.

And he was pressed on whether it will now go further after Nicola Sturgeon announced a worldwide hotel quarantine policy for Scotland.

Mr Hancock said: “We are also looking to strengthen measures in particular for those countries that have the highest risk.

“We are looking at what we can do to strengthen the border measures even more. Right now we’ve removed all the ability to travel without quarantine at home.”

But he refused to confirm a start date for England’s hotel quarantine system, even when asked if it’ll be up and running for the end of the month.

He said: “We’ll set out more details of that when we’re ready to, but you’ve seen we’re perfectly prepared to take very tough action if needed.

“I absolutely think we should be doing everything that’s necessary. Clearly we are always open to looking to see if there’s more we can do.”

Mr Hancock also brushed aside claims that ministers rejected SAGE advice to impose mandatory quarantine for all arrivals in Britain.

He said that is covered by the current rules, which have scrapped all travel corridors and require all travellers to self-isolate at home for 14 days.

But he added: “I am up for strengthening that further and we are looking at that.

“Further enforcement of that, of course, can always be introduced and strengthened.”

Under Government plans arrivals from 30 high risk countries including South Africa and Brazil will have to quarantine in hotels near airports.

And yesterday Ms Sturgeon heaped pressure on No 10 to go further by announcing Scotland will apply the policy to people coming from everywhere.

She said: “The firm view of the Scottish Government is that in order to minimise the risk of new strains coming into the country, managed quarantine must be much more comprehensive.

“So, I can confirm today that we intend to introduce a managed quarantine requirement for anyone who arrives directly into Scotland, regardless of which country they have come from.

And she added: “We will continue to urge the UK Government to adopt a similar comprehensive approach.

“However, if they don’t wish to do so we’ll ask them to work with us to reduce risk of people travelling to Scotland via airports in the UK.”