MATT Hancock, 42, got his first Covid jab this morning from Professor Jonathan Van-Tam – saying “it didn’t hurt at all”.

Just last night the pair were hailing the vaccine rollout at a No10 press conference, and today JVT donned his official scrubs to do the honours. 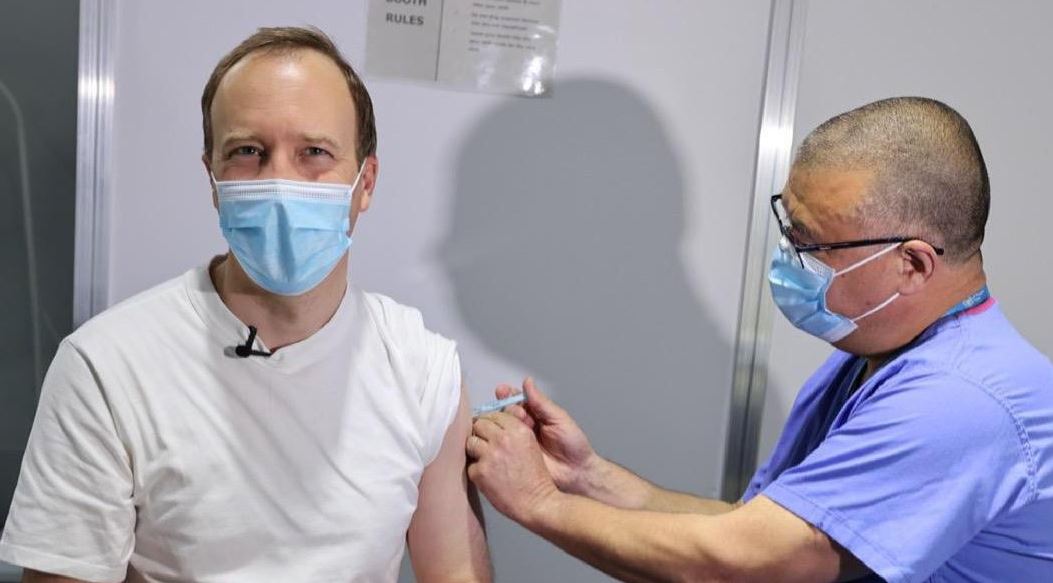 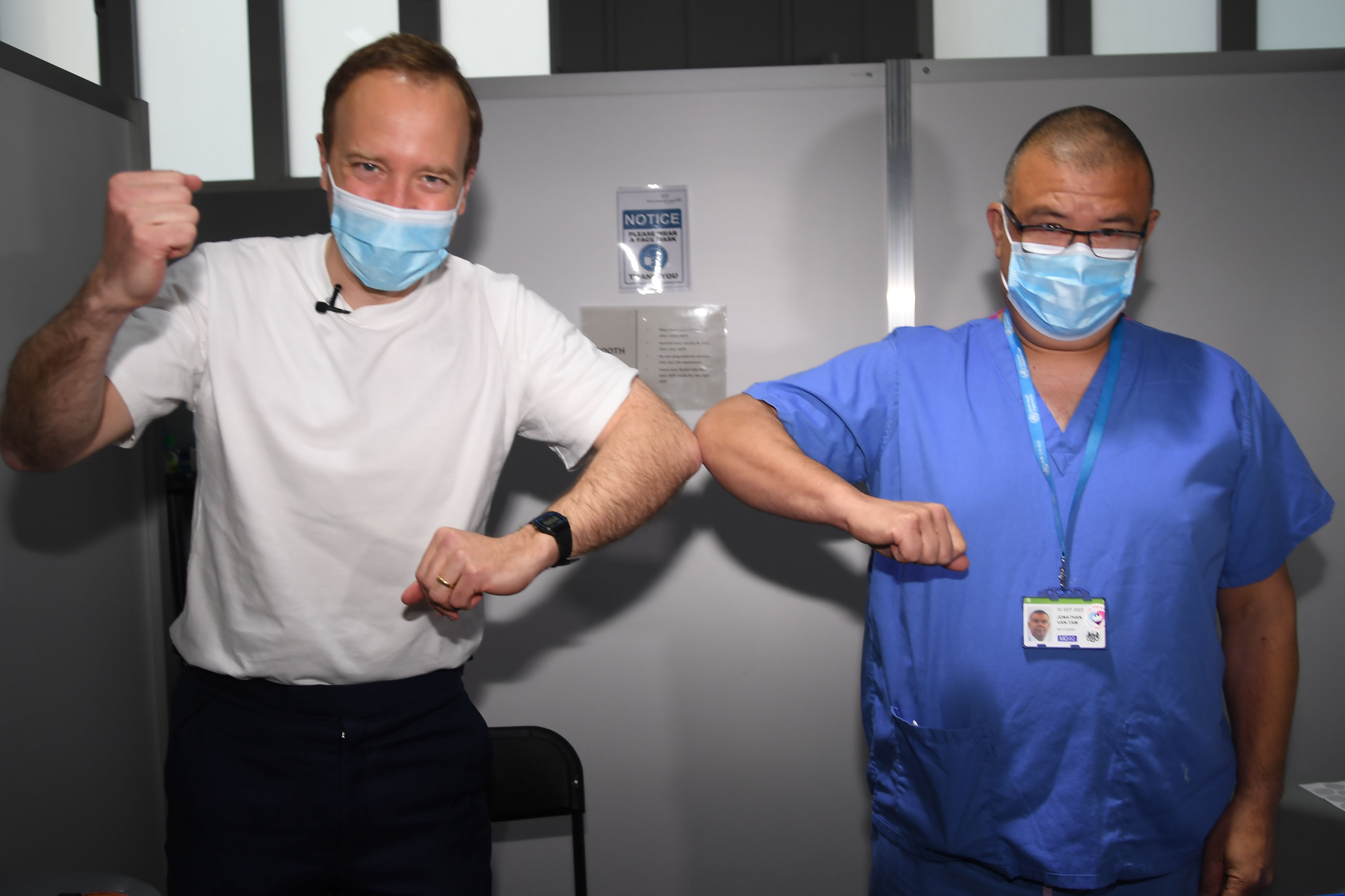 He tweeted about his first dose, saying it took less than ten minutes

He said: “It was a privilege to get my first jab within the historic walls of the Science Museum in London, where the team are documenting the national pandemic response and preserving items like the first Covid-19 vaccine vial to be used anywhere in the world.

“Learning from science has been central this last year more than ever, so it felt fitting to be at the museum.

“Over 47 million doses have now been administered across the country thanks not only to hundreds of hospitals, GP clinics and pharmacies, but to incredible sites like this that have volunteered their unused spaces. 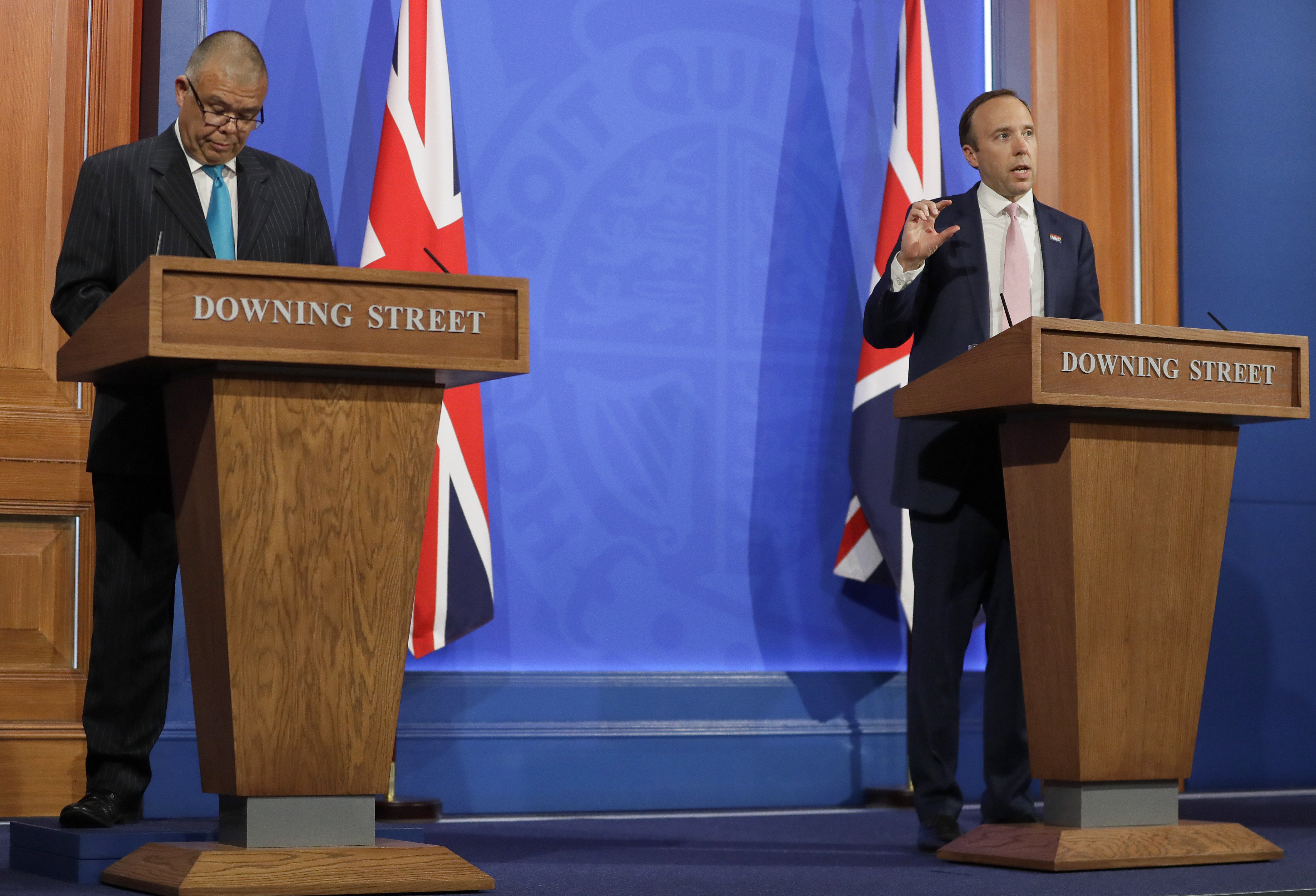 “The rollout is continues at pace and we are on track to reach our target of offering all adults a first dose of the vaccine by the end of July.

“I was very excited when my call came, and I’d urge everyone to take up the offer when it comes, and become part of history in the UK’s biggest ever vaccination programme.”

It comes after he revealed his excitement at getting the text inviting him to book in for a dose.

The Health Secretary was sent the message a day after the rollout was extended to include 42-year-olds.

And yesterday in the Downing Street press conference he again said he couldn’t wait to have his first dose.

He hailed the efforts of the rollout and the experts behind the development of the vaccine, saying: “It makes me so proud of what we’ve done, we’ve been working on the vaccination programme for more than a year now and i’m very, very proud of it.” 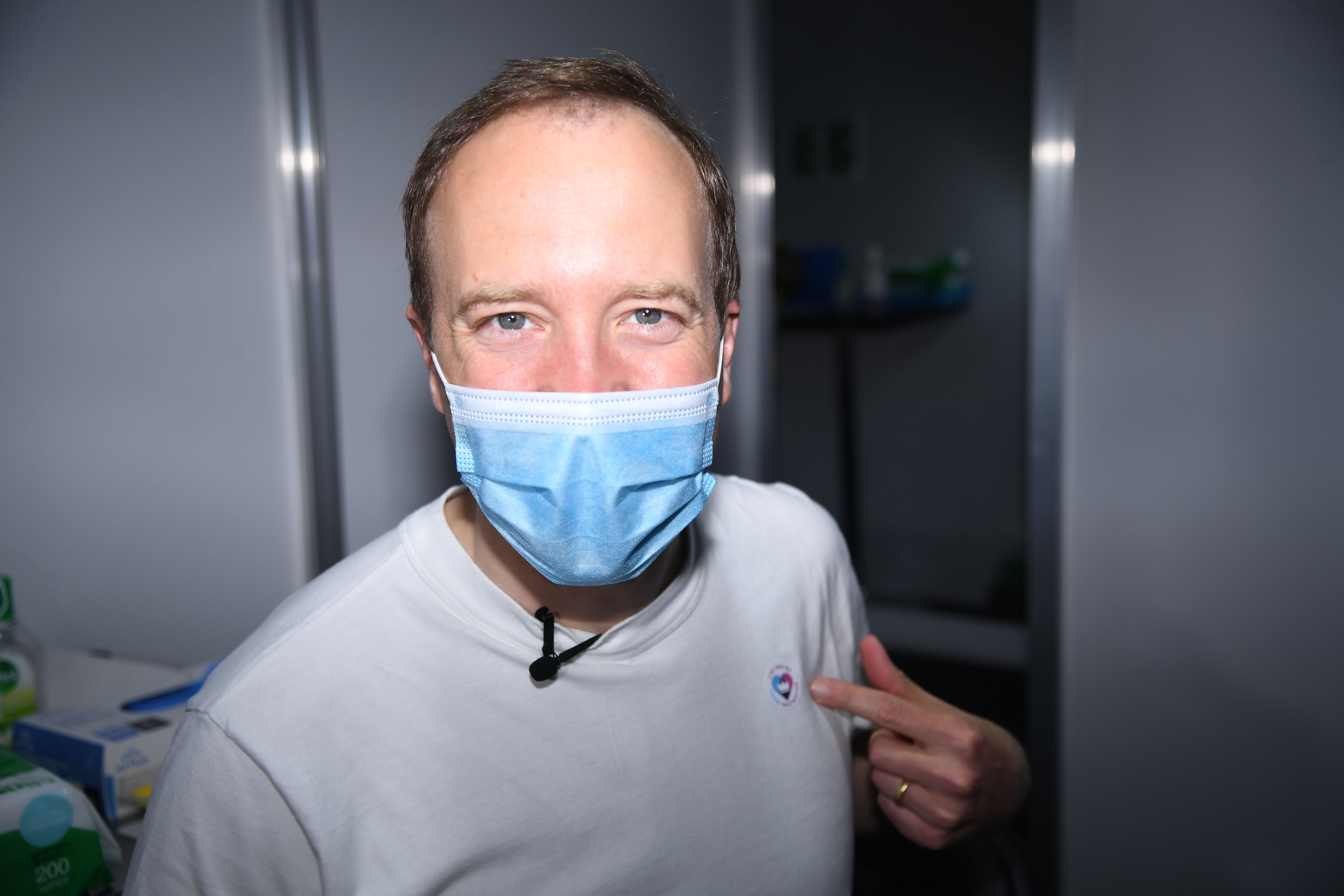 Matt Hancock got a sticker to show he’s been jabbedCredit: Eyevine 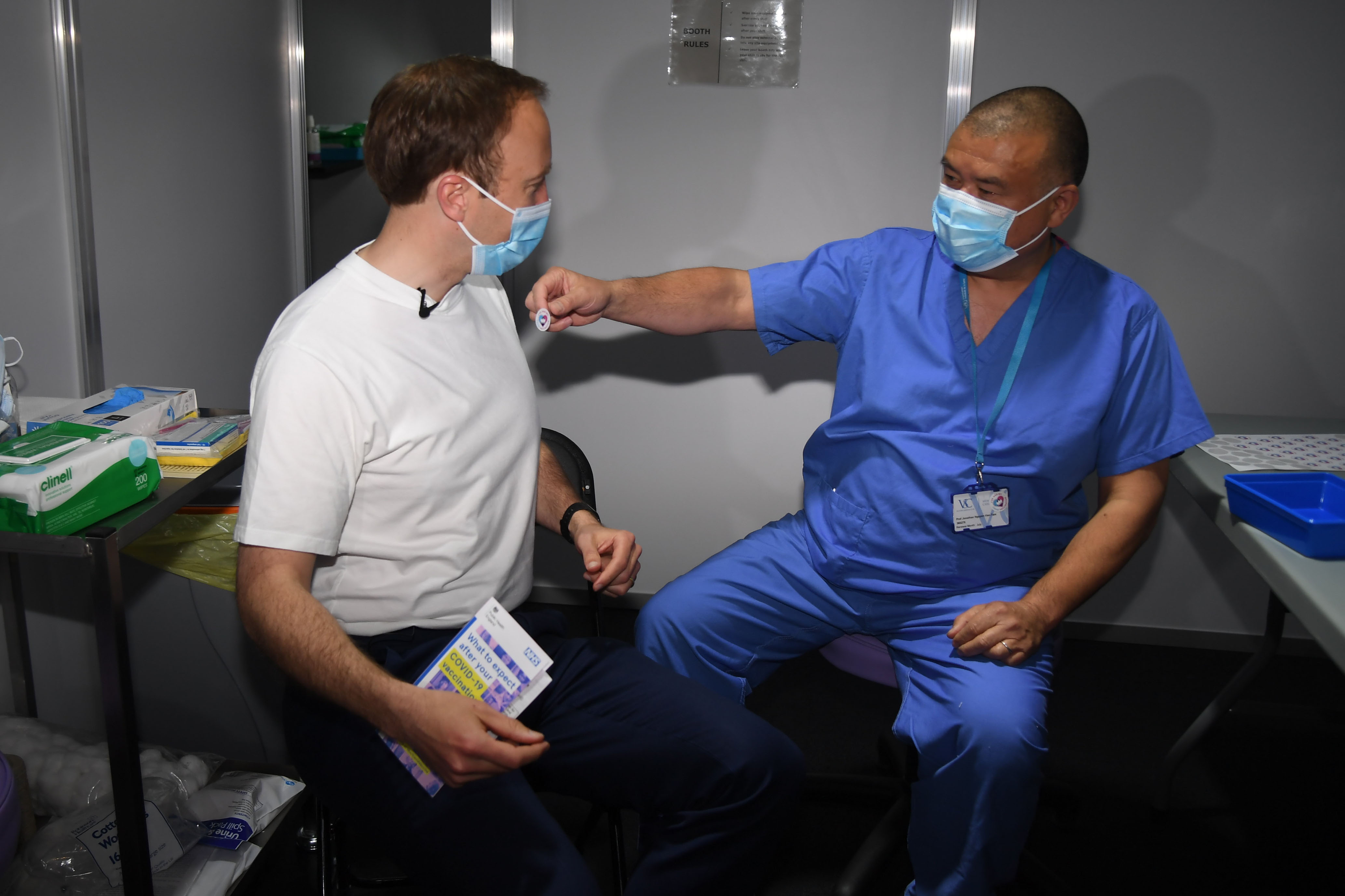 His pal at the podium, Prof Van-Tam, popped the sticker on his chestCredit: Eyevine 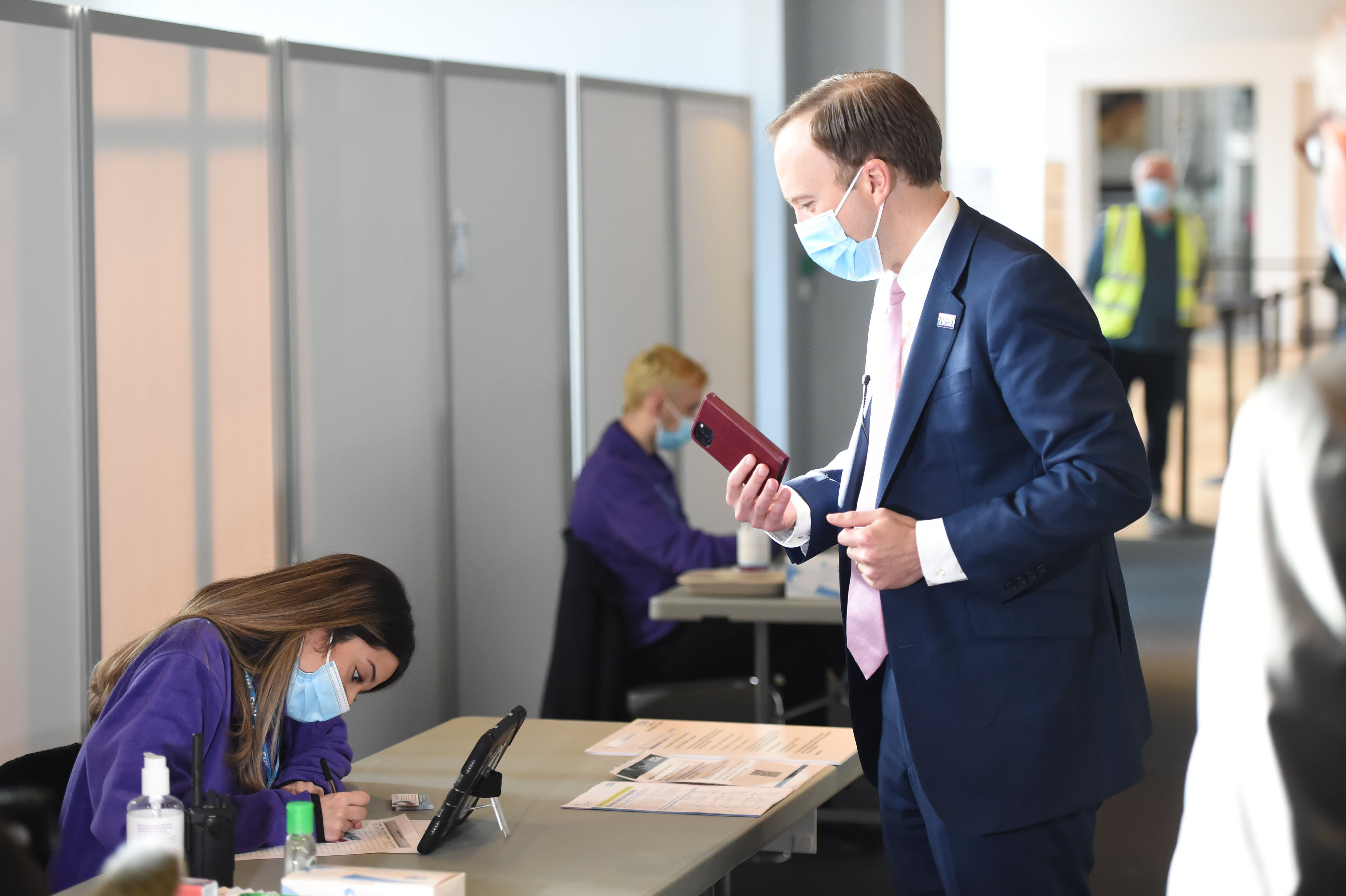 Mr Hancock arriving for his first does at the Science MuseumCredit: Eyevine

He said: “To keep us safe and free here, while we get this disease under control across the whole world, we have been working on a programme of booster shots for over a year now.

“And we’ve backed some of the only clinical trials in the world looking specifically at booster shots.

“I’m delighted to be able to tell you that we’ve secured a further 60 million doses of Pfizer/BioNTech vaccine that will be used alongside others as part of our booster shot programme later this year.”

Mr Hancock added that these jabs have not yet been manufactured and that further 60million doses is a forward order.

He added: “We are going to have to live with coronavirus much like we do with flu. It’s something we do things about, like infection controls in hospitals, like vaccinations… but it isn’t something that dominates our lives like it does today.” 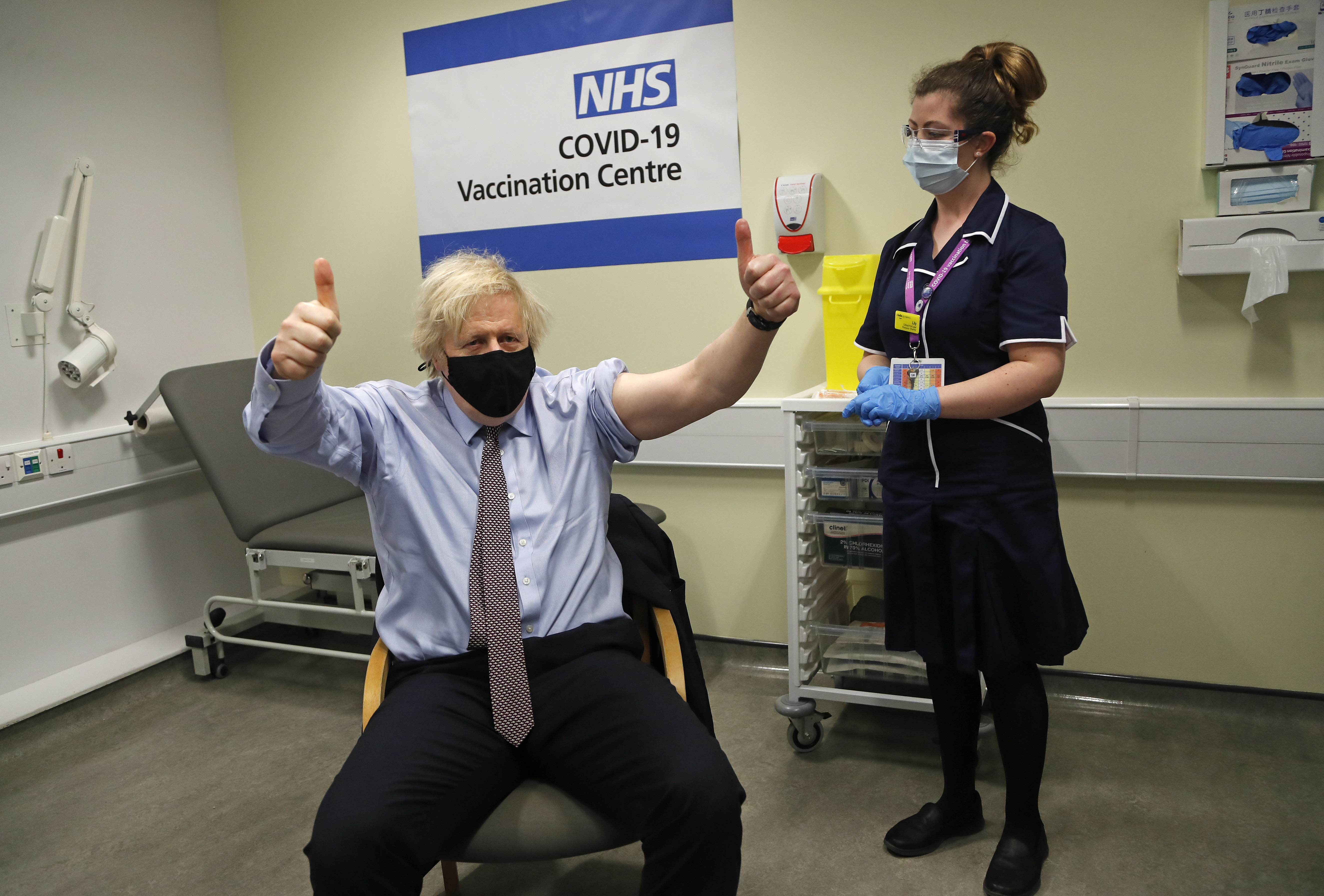 All over-50s will be given a third booster jab against new variants this autumn to prevent a killer winter wave, under plans leaked to The Sun.

The extra 60 million Pfizer doses will add to the UK’s growing armoury of vaccines – with deals now in place for 517 million shots of eight different types.

England’s deputy chief medical officer also suggested “we are at or close to the bottom” of levels of coronavirus cases in the UK as he hailed the public for sticking to lockdown measures.

Professor Jonathan Van-Tam said the numbers of people testing positive for Covid-19 were “in very low levels” and comparable to September last year, adding that the number of people in hospital due to the virus is expected to drop further.

Looking ahead, he said vaccines could reduce a third wave of the virus, making it a “third upsurge” instead, but said it was “inconceivable” that there will not be further bumps in the road.

Officials are preparing a booster programme based on clinical need to ensure people have the strongest possible protection against the virus, according to the Department of Health and Social Care (DHSC).

This additional stock of the Pfizer/BioNTech jab – which has been rolled out in the UK since December – will be used alongside other approved vaccines for the booster programme.

The Government said it will publish further details on the booster programme in due course, with the policy informed by advice from the Joint Committee on Vaccination and Immunisation (JCVI). 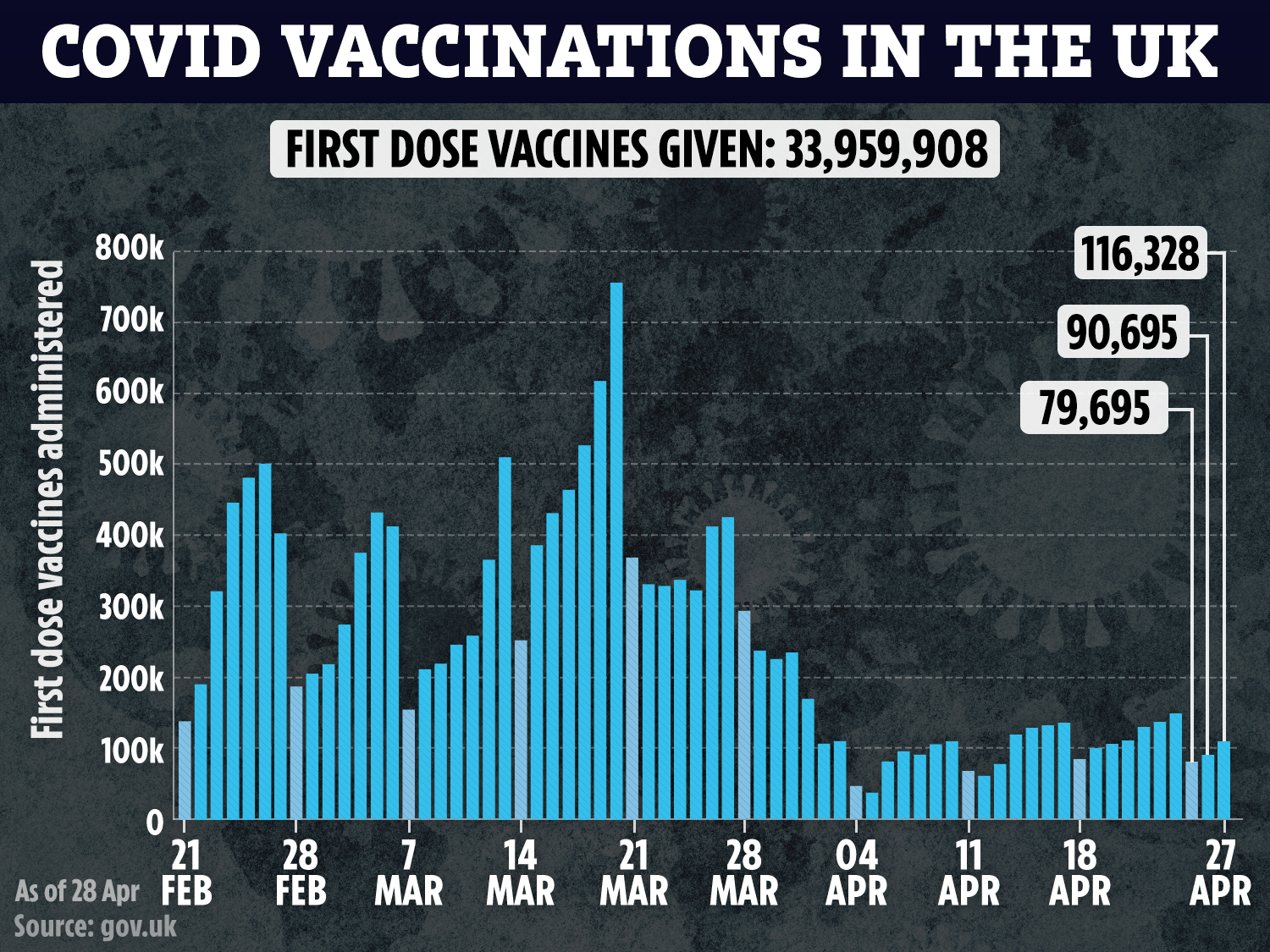 Why Kate Middleton & William’s relationship will stand the test of time, as body language shows they’re a ‘playful team’ 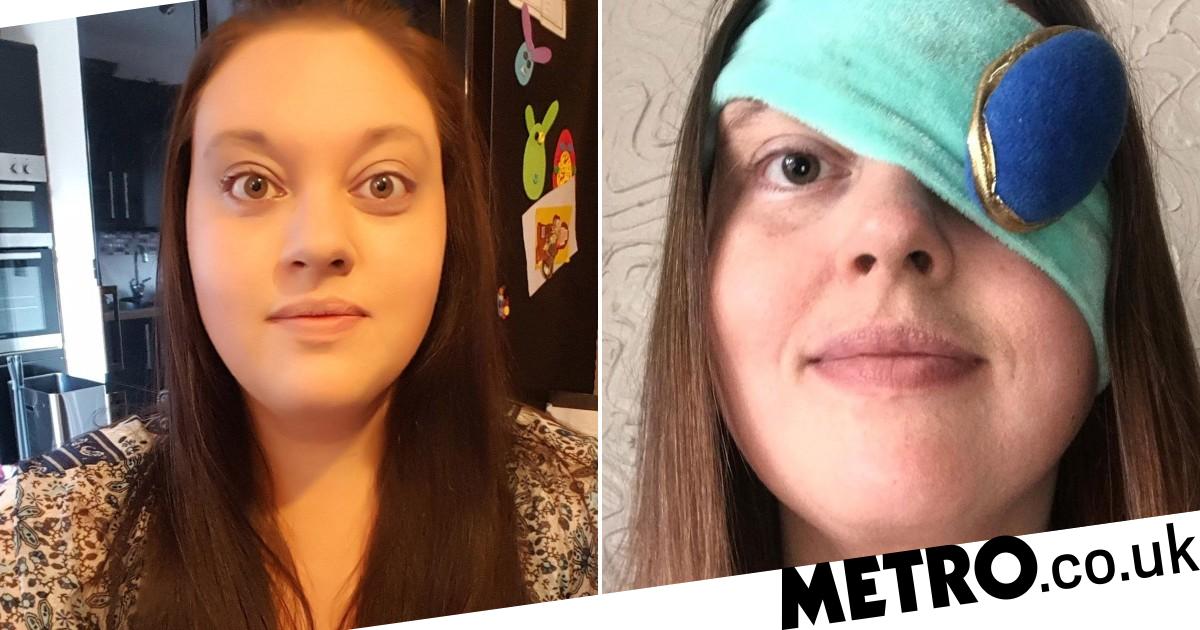