A CORONAVIRUS patient who suffered a three-hour erection has died after the virus caused a blot clot in his penis, a study has revealed.

The 69-year-old man, from Ohio, US, had been admitted to hospital and placed on a ventilator after contracting Covid-19. 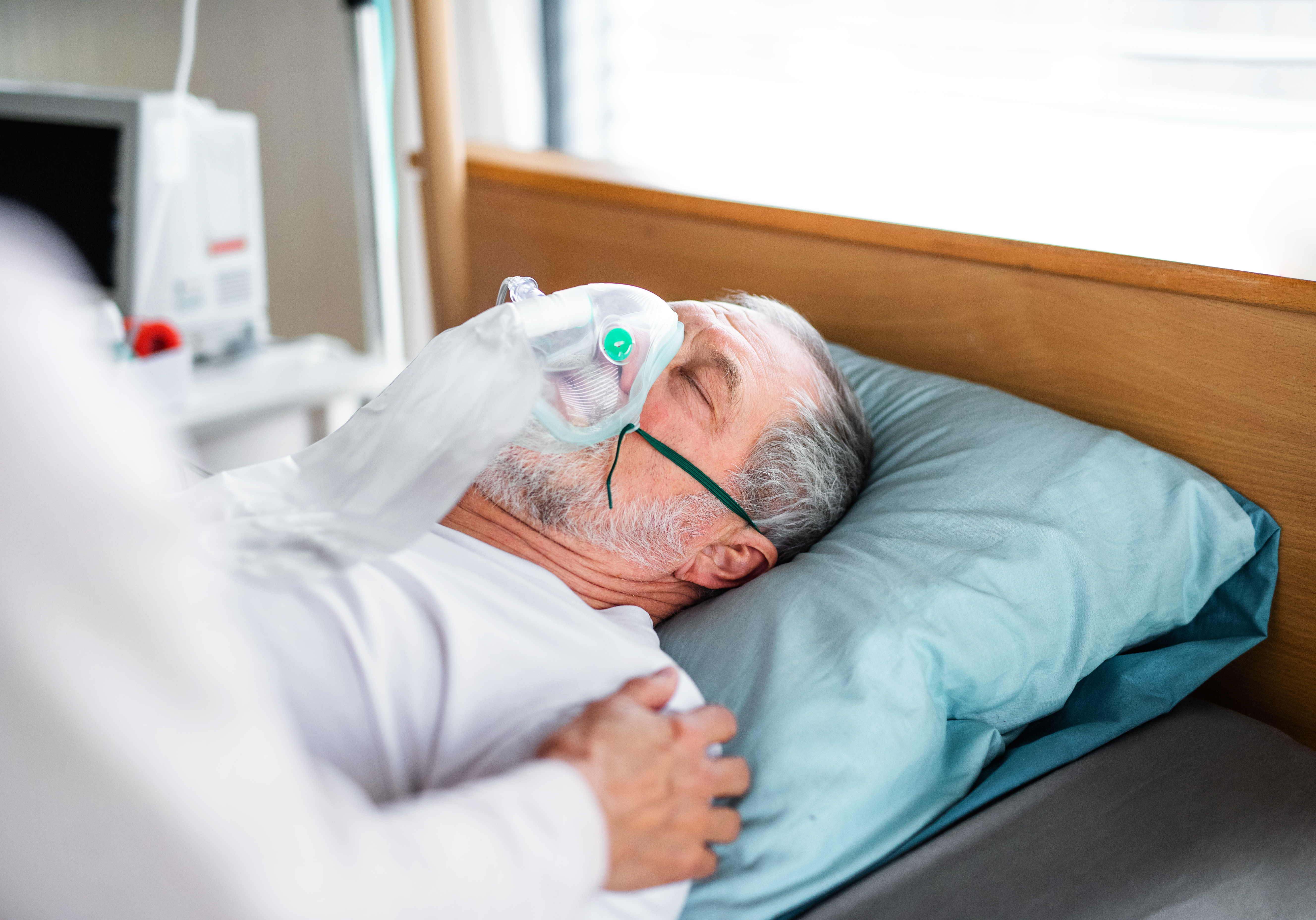 The man had been hospitalised after contracting Covid-19 (stock image)Credit: Getty Images – Getty

The man had first been admitted to hospital in August after he presented with breathlessness and inflammation.

While being treated at the Miami Valley Hospital he was placed on a ventilator.

Writing in The American Journal of Emergency Medicine, doctors said the obese patient had started to deteriorate after just ten days of treatment.

Many Covid patients are placed on their fronts in the prone position in order to slow respiratory deterioration.

The unnamed man was placed in this position for 12 hours and when he was turned around, he had an erection.

In order to try and bring down the swelling and ultimately stop the erection, medics applied an ice pack.

PRIAPISM is a persistent and often painful erection that lasts for longer than four hours.

The condition develops when blood in the penis gets trapped in the blood vessels and can’t drain out.

If it’s not treated immediately, the condition can cause scarring and permanent erectile dysfunction.

Priapism can happen in all age groups, including newborns.

But it usually affects boys aged five to ten and men aged 20 to 50.

There are two types of priapism:

A common cause of the condition is the use and misuse of certain drugs.

The erection persisted for three hours and then doctors were forced to drain the blood from his penis using a needle.

The patient had been diagnosed with a condition called low-flow priapism.

This is when blood becomes trapped in the erection chamber.

The erection did not return, but the patient sadly died in intensive care after his lungs failed.

Doctors say the man died after the priapism caused a blot clot in his penis – which had been caused by the virus.

Writing in the journal, the experts said randomised controlled trials needed to take place in order to find links between Covid-19 and blood thrombus.

While the case highlighted by experts above is rare, it was previously reported that a French man had suffered a four hour erection after becoming infected with Covid-19.

The 62-year-old, from France, was in hospital being treated for severe Covid-19 when he started suffering with priapism.

Medics said it was caused by trapped blood in the penis, which they drained and discovered was full of blood clots.

As with the patient in the US, medics applied an ice pack to the French man’s penis.

They then removed the blood from his penis using a needle.

This revealed “dark blood clots” which they said were the result of thrombosis induced by the coronavirus.

The condition can affect men with sickle-cell disease, leukaemia or malaria – but it’s been known to happen in otherwise healthy men for no reason.

Up to a third of Covid patients have been reported to have developed blood clotting or thrombosis as a result of the bug.

It can disrupt blood flow and impact infected patients who already have difficulty breathing due to the virus.

Blockages can also trigger deadly heart attacks and strokes – and now doctors fear it could lead to priapism in men.