EMMANUEL Macron has admitted he completely bungled the EU’s vaccine rollout as the bloc heads for a u-turn on the jab export ban.

The French president has accepted that the EU did not go “fast enough or strong enough” in the painfully slow Covid jab drive. 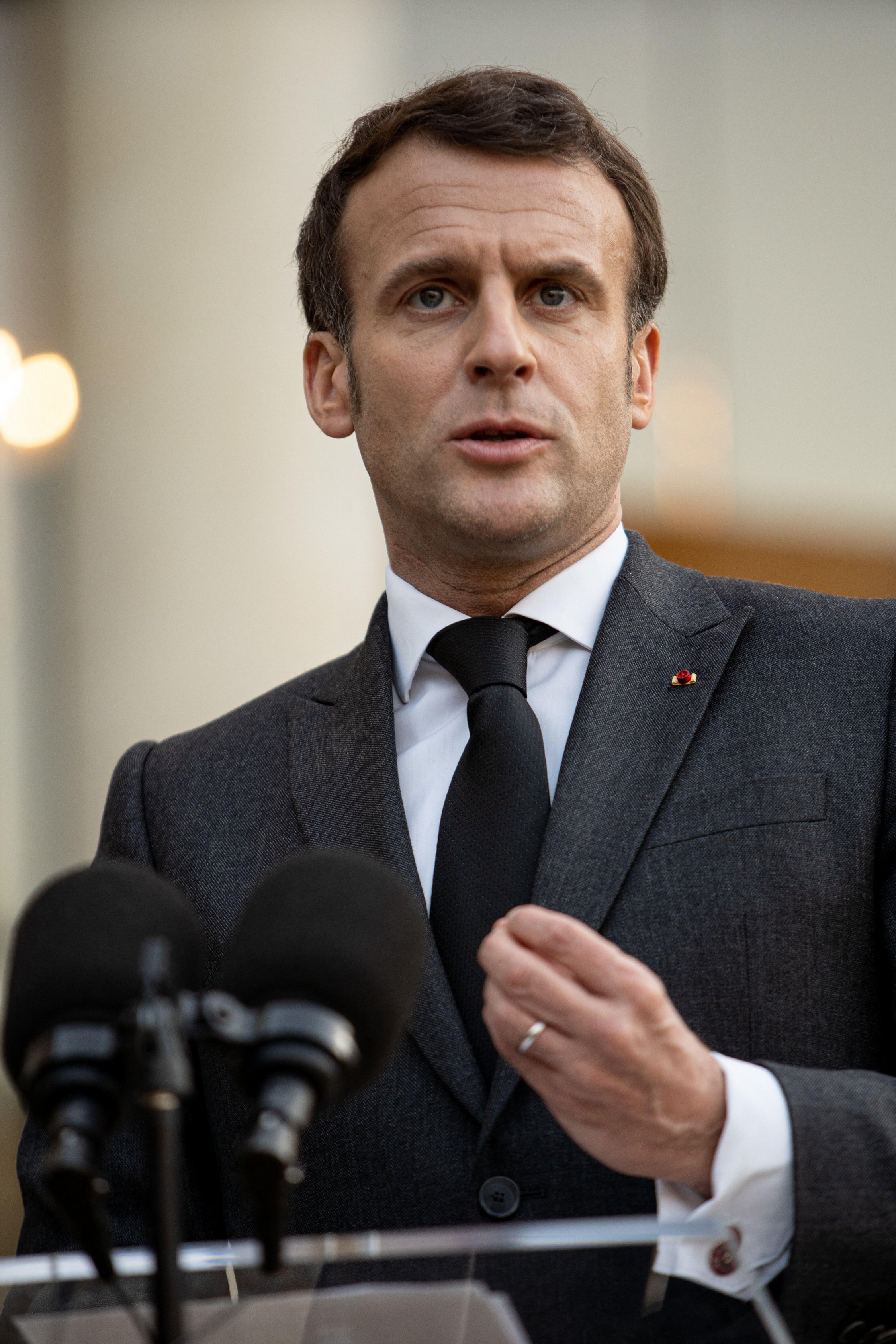 Emmanuel Macron conceded that the EU has not gone ‘fast enough or strong enough’Credit: Alamy 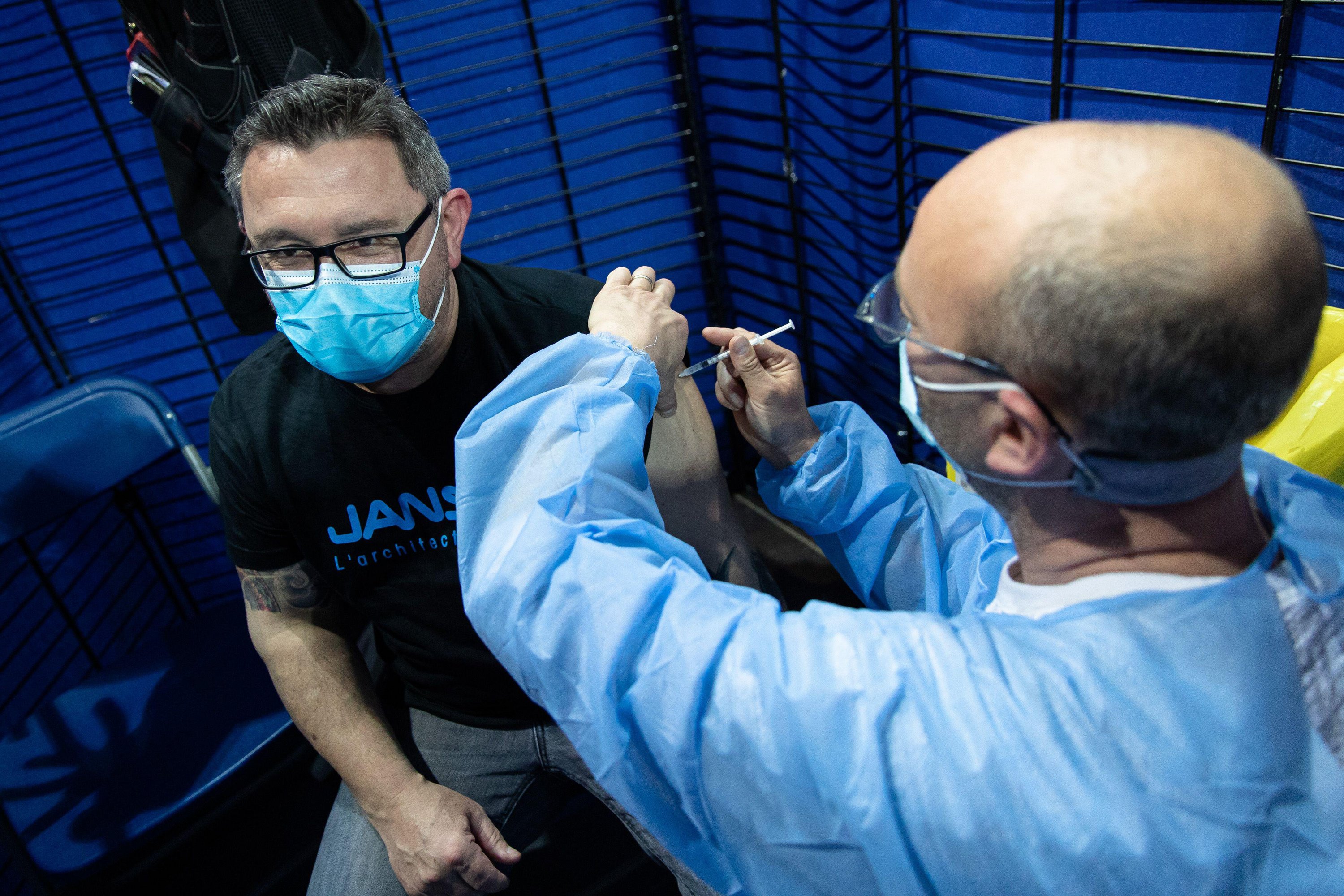 EU leaders are meeting for a crunch summit today as infections spiral out of control across EuropeCredit: Alamy

Macron, 43, delivered the humiliating mea culpa on the feeble vaccine rollout and acknowledged that European leaders have been too timid.

“We didn’t shoot for the stars. That should be a lesson for all of us,” he told Greek television channel ERT.

“We were wrong to lack ambition, to lack the madness, I would say, to say: It’s possible, let’s do it.”

It comes after Germany’s Angela Merkel also admitted she made a “mistake” as she reversed a planned strict Easter shutdown.

Macron and Merkel are joining EU leaders for a crunch summit today to discuss a coordinated path out of the pandemic as infections spiral out of control again across Europe.

The EU’s shambolic jab rollout, combined with a third wave of infections, has seen large swathes of the continent plunged back into lockdown in the past week.

And the bloc’s vaccine rollout has led to a row with the UK – which has imported 11 million doses made in the EU as part of the fastest vaccine drive of any country.

The row blew up over vaccines made at an AstraZeneca plant in the Netherlands, which can churn out up to five million vials a month.

Eurocrats argued they should get almost all of them because their rollout is going much worse than Britain.

The UK claims it did a better job negotiating with manufacturers and arranging supply chains – but the EU has insisted it should share more. 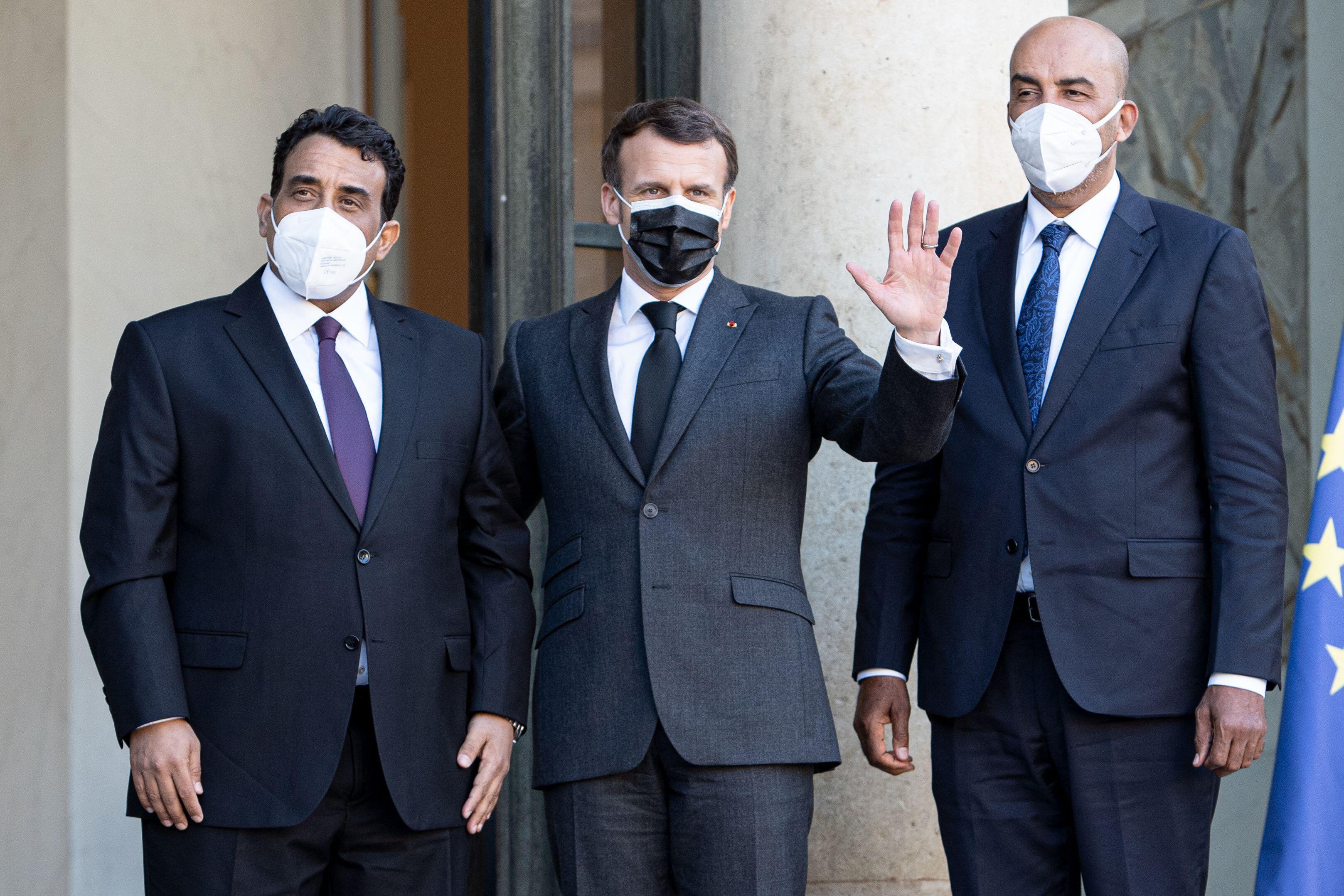 Macron acknowledged that European leaders have been too timidCredit: Alamy 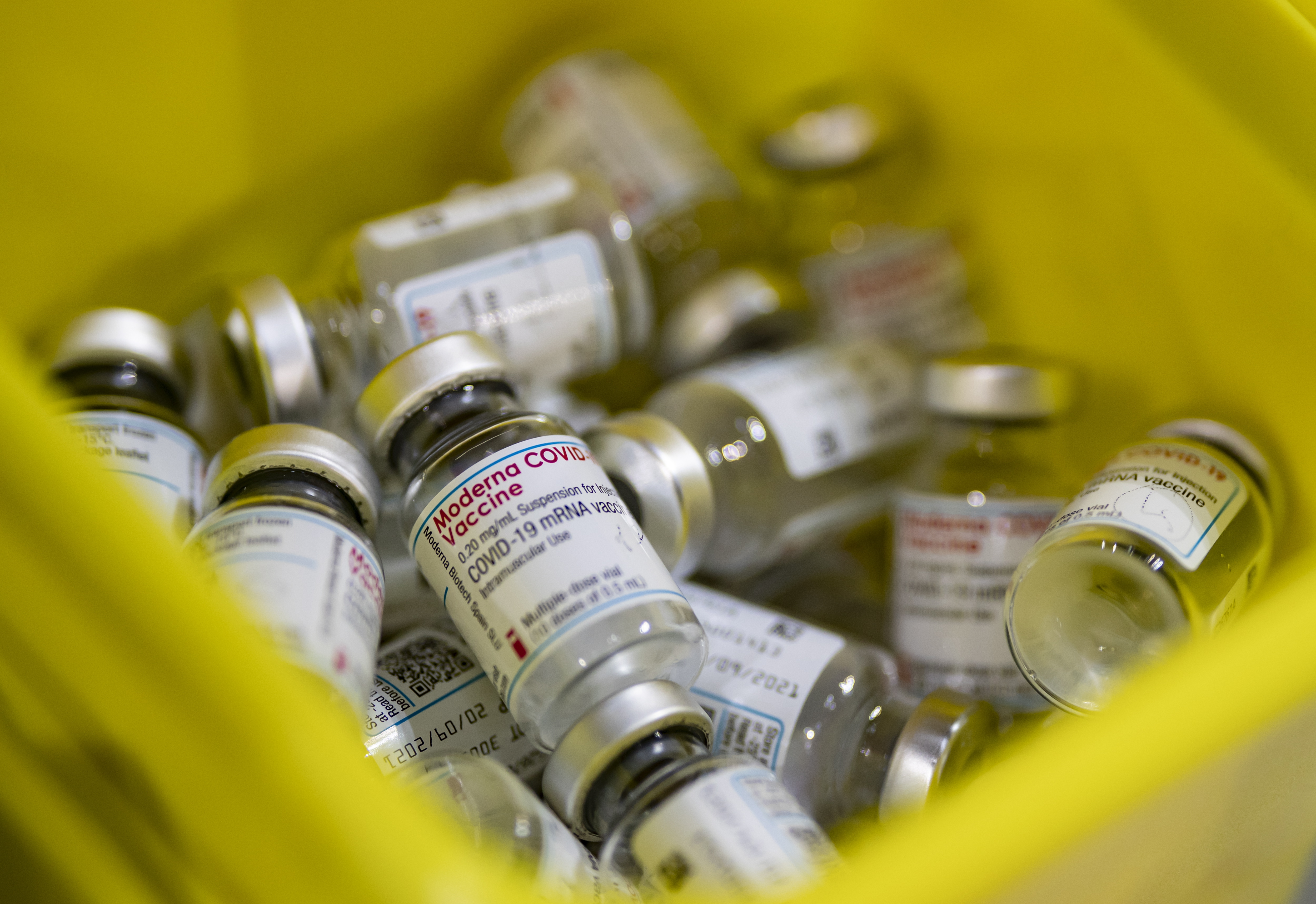 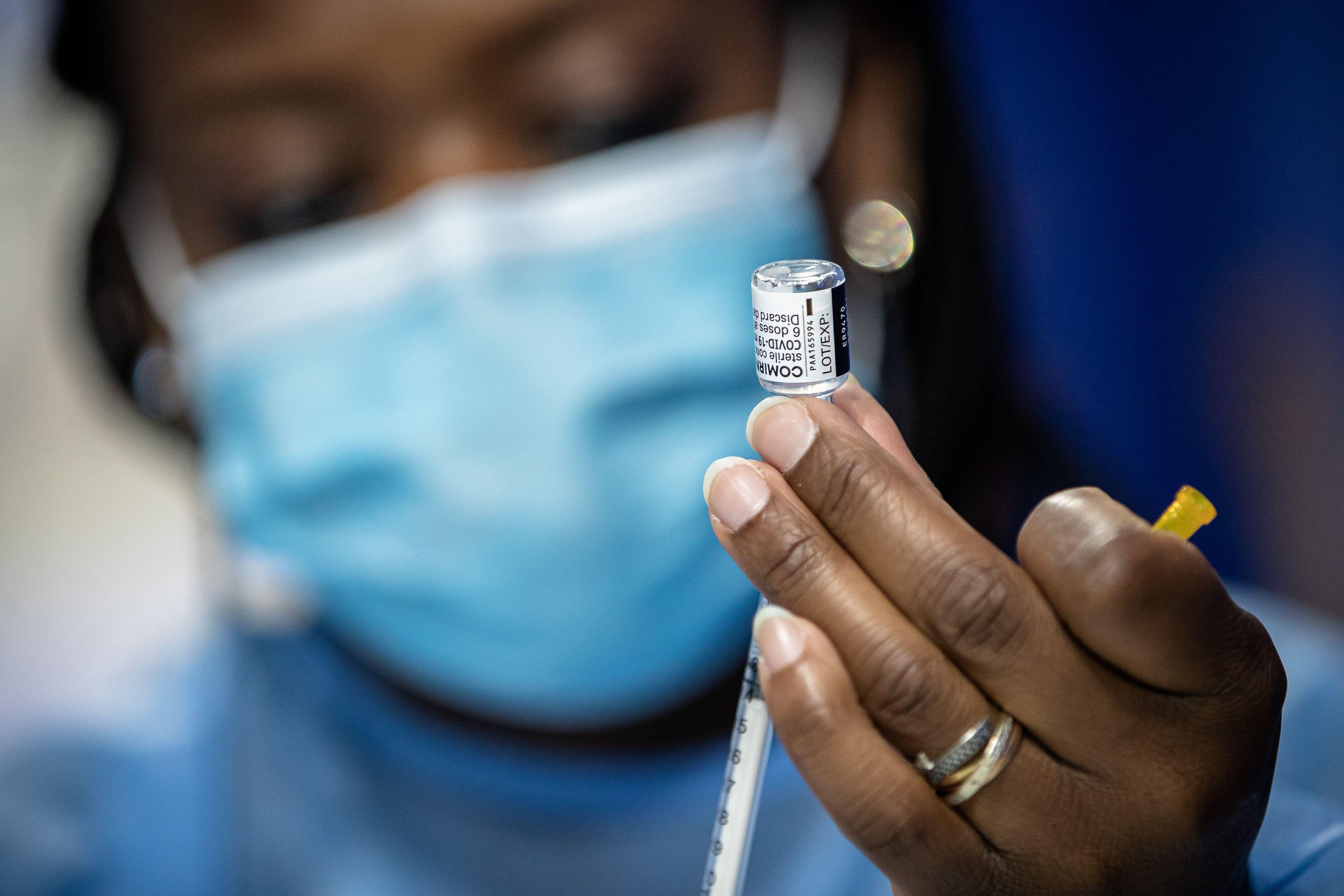 Brussels and London have sought to cool tensions over the export ban threatsCredit: Alamy

The bloc has had export ban powers in place since late January, but up until now it could only hit companies failing to fulfil their contracts with the EU.

But tighter oversight of jab exports will now give EU countries greater powers to block shipments to countries with higher vaccine rates.

The measure has already been used once to prevent an AstraZeneca shipment leaving Italy for Australia.

But Europe has backed away from threats of a vaccine war with the UK after emergency talks with Boris Johnson and the EU.

Johnson issued a stark warning to Brussels of considerable “long-term damage” to its reputation and investment hopes if it threw up barriers.

The PM hit out: “Vaccines are the product of international co-operation.

“I don’t think blockades of either vaccines or of ingredients for vaccines are sensible, and I think that the long-term damage done by blockades can be very considerable.”

Brussels and London sought to cool tensions last night, declaring in a joint statement that they want to “create a win-win situation and expand vaccine supply for all our citizens”.

And the EU’s 27 member states are not united on the proposals to take a tougher stand on vaccine exports.

Several countries – including Belgium, the Netherlands, Ireland, Sweden and Denmark – have voiced concerns.

“If we need to have this because one supplier is not delivering then I hope this is a stick which does not have to be used because it might turn out to be a lose-lose,” a EU diplomat told Reuters.

“If we hamper supply chains, the risk is that we will all be left without the vaccines we desperately need.”

According to European Centre for Disease Prevention and Control figures, there are currently around 5.5 million unused doses of the AstraZeneca jab sitting in warehouses across Europe.

Germany has received 3.4 million doses of the vaccine but has administered 1.9 million, while France has taken delivery of 2.8 million but only around given out 1.5 million. 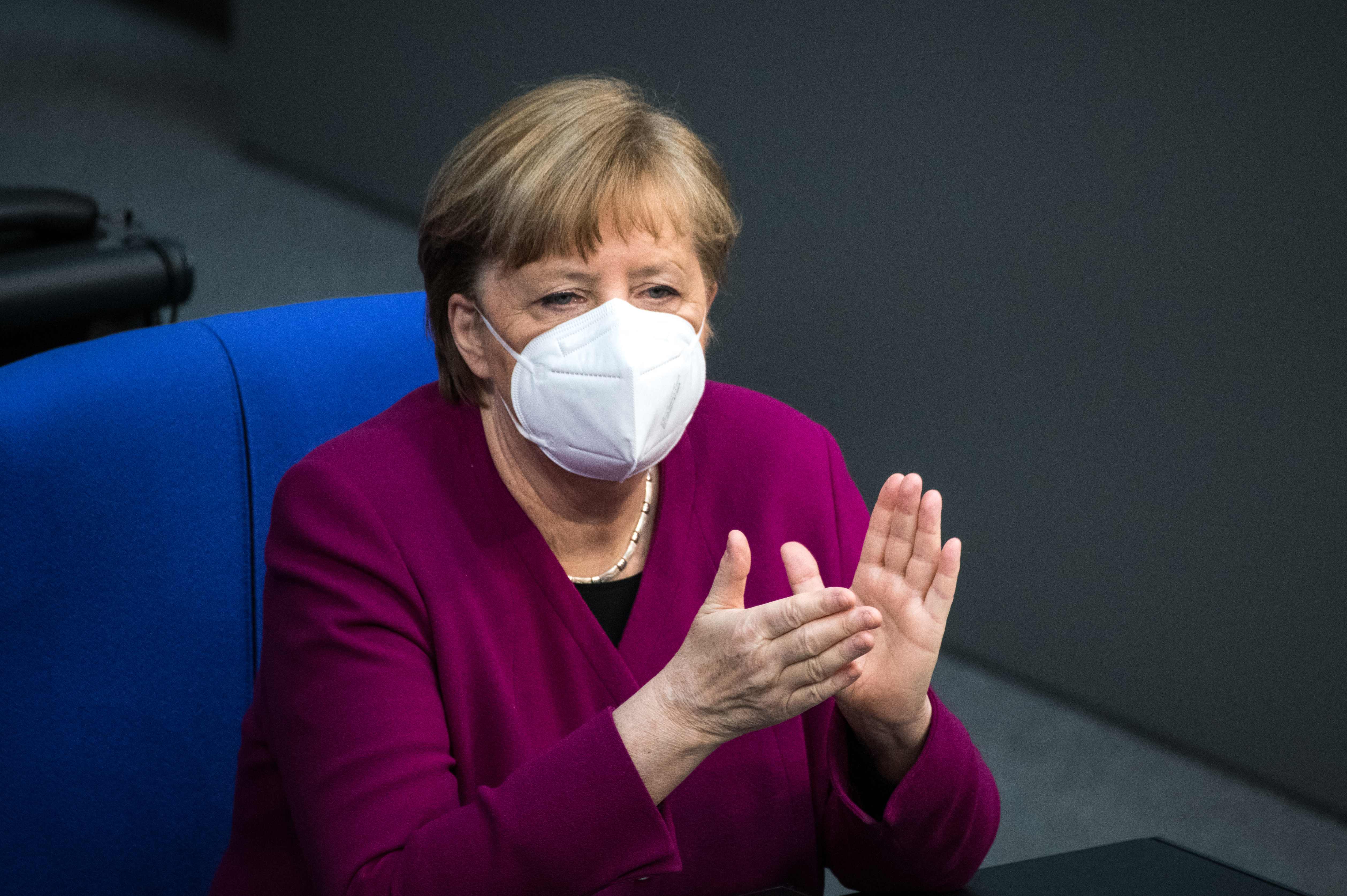 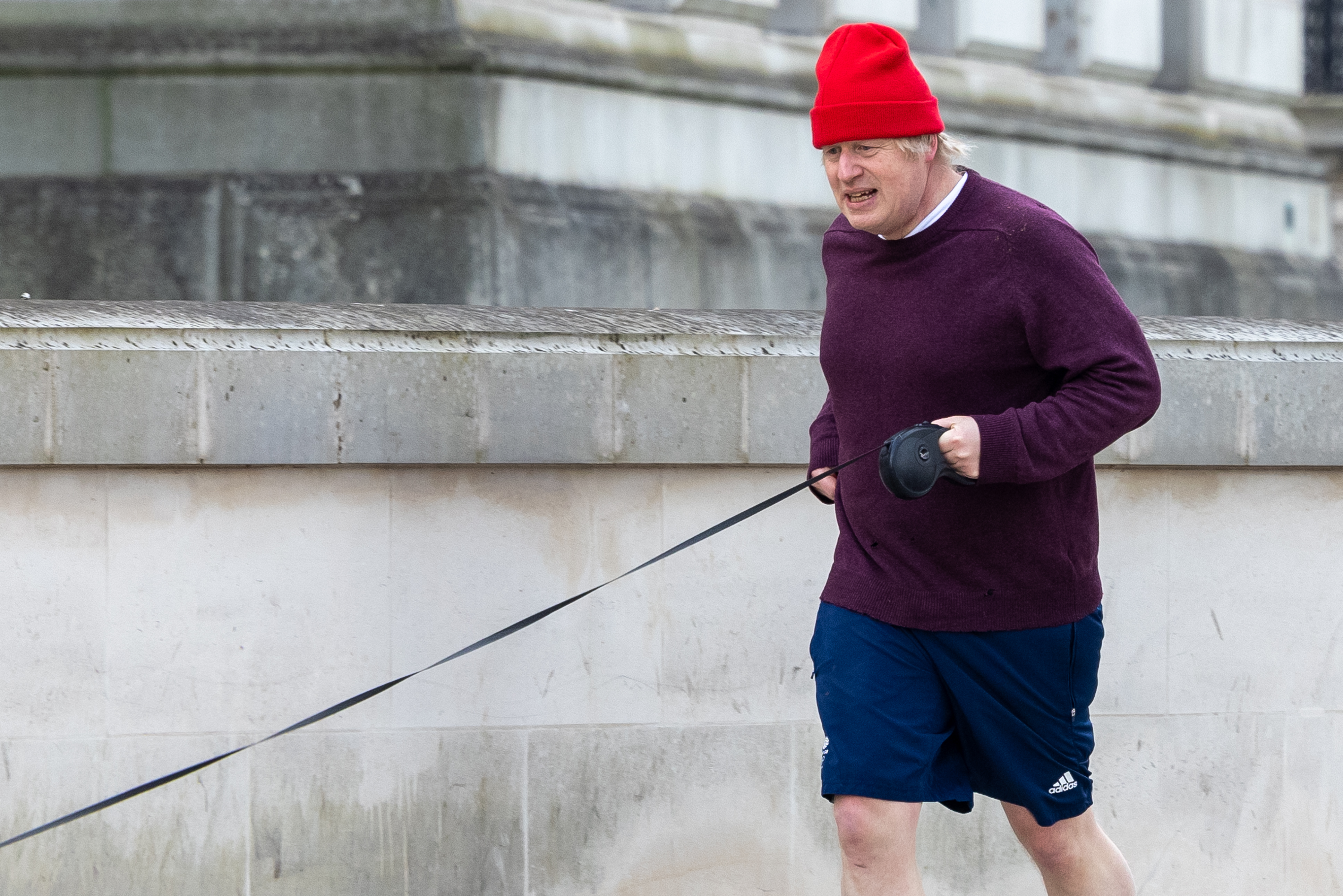 Prime Minister Boris Johnson has overseen a fast rollout of the jab in the UKCredit: Splash

Meanwhile, more than 28 million Brits have received their jab.

Ministers have privately warned the UK would have “no choice” but to block vaccine ingredient exports to the continent if the EU triggers a full blown jab ban.

The threat of a vaccine war comes as one expert warned Europe’s Covid crisis will last until next year in a massive blow for summer holidays.

“At the heart of it is vaccinating faster, we need to vaccinate faster we need to manufacturer the vaccines faster and we need to move beyond the rows between the EU and UK,” he said.

Meanwhile, Angela Merkel has reversed a planned strict Easter shutdown, saying it had been a mistake because it was not practical.

The German leader wanted to impose an almost complete shutdown over the Easter holiday, in response to the third wave of coronavirus infections.

She also wanted to extend Germany’s lockdown, meaning restrictions would in place until April 18.

But Merkel later announced that she was reversing the decision.

“This mistake is my mistake alone,” she said.

“The idea of an Easter shutdown was created with the best of intentions.

“At the same time, of course I know that this whole matter triggers more uncertainty I regret that deeply and I apologise to all citizens.”

Inside Georgian town house in Nottingham city centre on sale for £825,000 with a CAVE in its cellar