A LANDLORD who adapted his pub so it could reopen tomorrow must stay shut as “air can’t flow” in the garden.

Brett Mendoza, who runs the Caxton Arms in Brighton, East Sussex, installed a new roof, heaters and furniture and took 700 bookings ahead of his grand reopening – only to be told his safety measures weren’t enough. 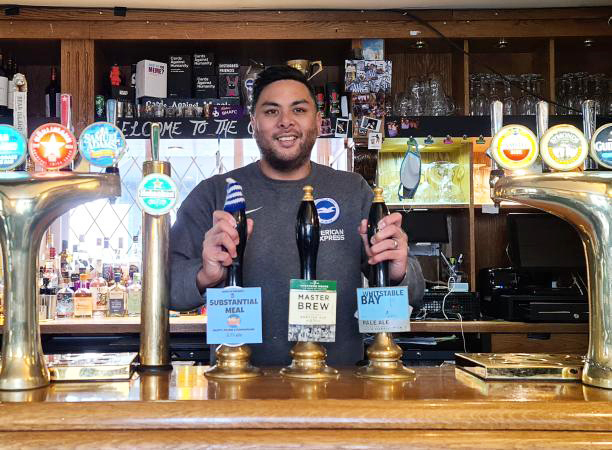 Pub landlord Brett Mendoza has been told he can’t reopen as “air can’t flow” in the gardenCredit: sussex news and pictures

And to make matters worse the council gave him less than 48 hours’ notice.

Brett was told that because the garden is below street level and surrounded by four walls there is not enough ventilation to stop the spread of the virus.

The pub tweeted: “Yesterday Brighton Council decided that with or without the temporary roof, the garden is not Covid compliant and forced us to close.

“We will be contacting people to notify you of your cancellations.”

Brett himself added: “Stock bought. Absolutely devastated. Appeal is in.”

Twitter users shared their fury at the council’s “stupid” decision. 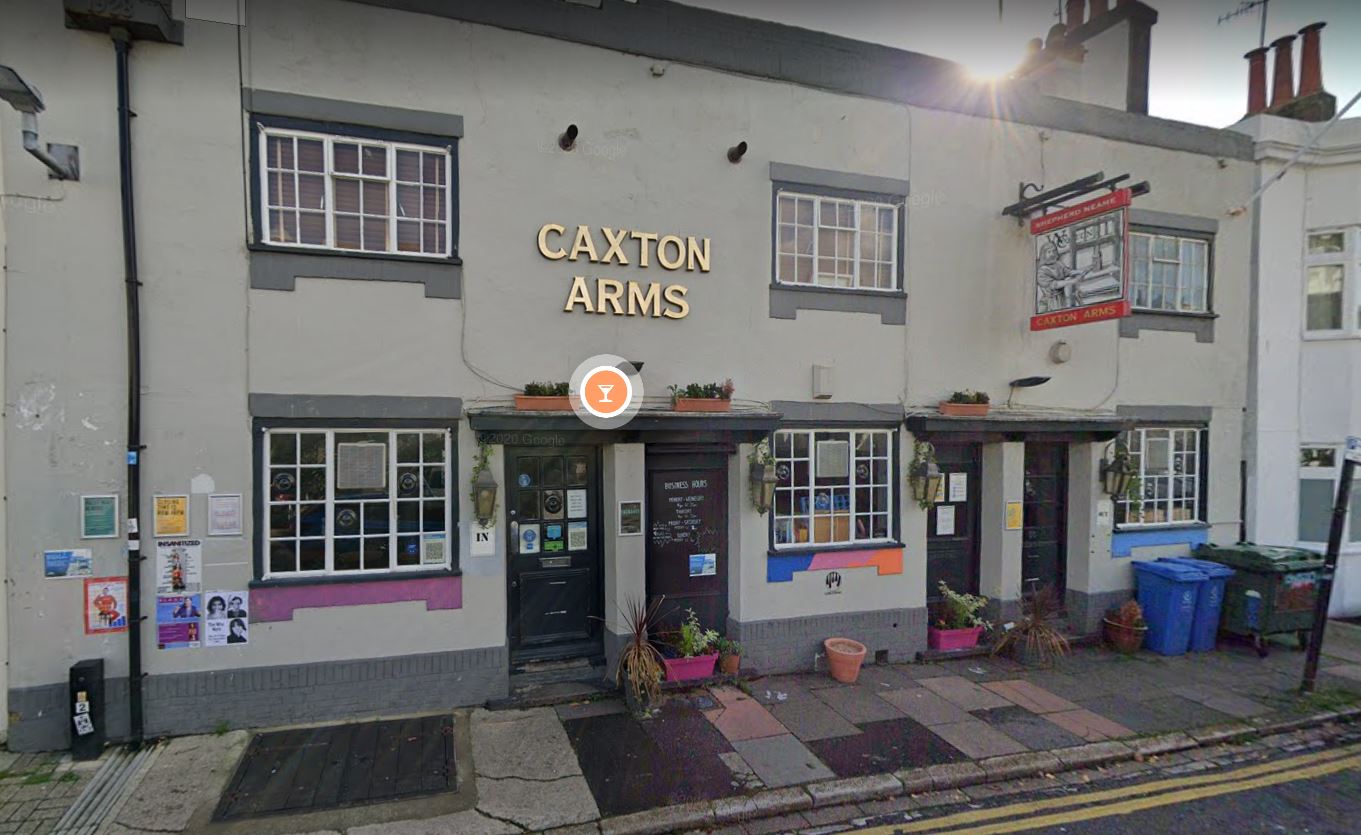 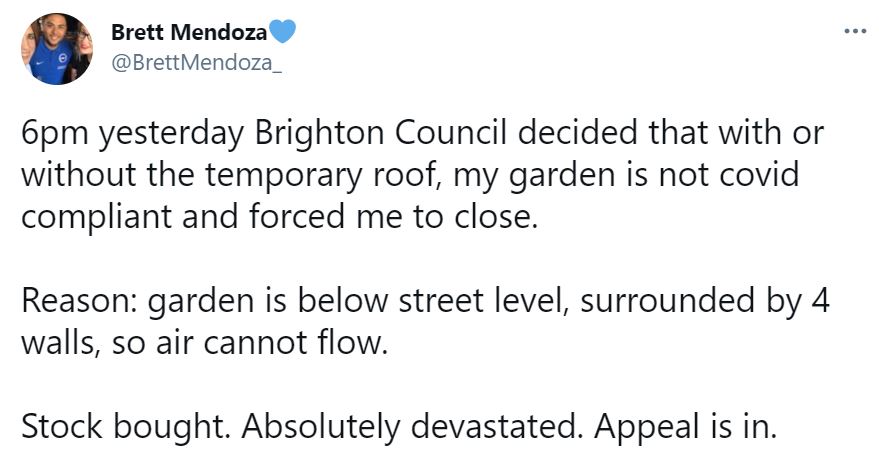 One person said: “This is crazy, it’s outside!”

Another wrote: “That is possibly one of the stupidest things I have ever read…and after this year that list is very long!”

One replied: “So if the air doesn’t flow down there have people suffocated in your pub before?

“Unbelievable they tell you so close to opening. Keep fighting Brett!”

And another user commented: “BC need to really sort this out. Trains and London Underground have plenty of people in a close space and no windows open. I really feel for you guys.”

The Sun Online has contacted Brighton and Hove City Council for comment.

The Caxton Arms had previously shared its excitement ahead of reopening next week.

Sharing a picture of kegs being unloaded from a van, the venue said: “What an emotional, symbolic and magnificent sight. IT’S HAPPENING.”

Pubs and restaurants can serve customers again from April 12 under plans to unlock England from lockdown.

Some are even planning to start pulling pints from midnight tonight.

Around 15,000 pubs — 40 per cent of the total in England — will re-open for outside drinking in beer gardens, car parks and even on roads.

The government has scrapped the hated 10pm curfew and punters won’t have to buy a “substantial meal” when they order an alcoholic drink.

But table service is mandatory and face masks must be worn by staff and customers when not sat at a table.

Pubs will also be allowed to offer takeaway pints, and every pub-goer must now check in with the NHS Covid app to get a pint.