JUST 32 vaccinated Brits were hospitalised with Covid-19 out of almost 75,000 people admitted for treatment, an “extraordinary” study has shown.

Scientists said the findings show the efficacy of vaccines, which offer protection from severe disease. 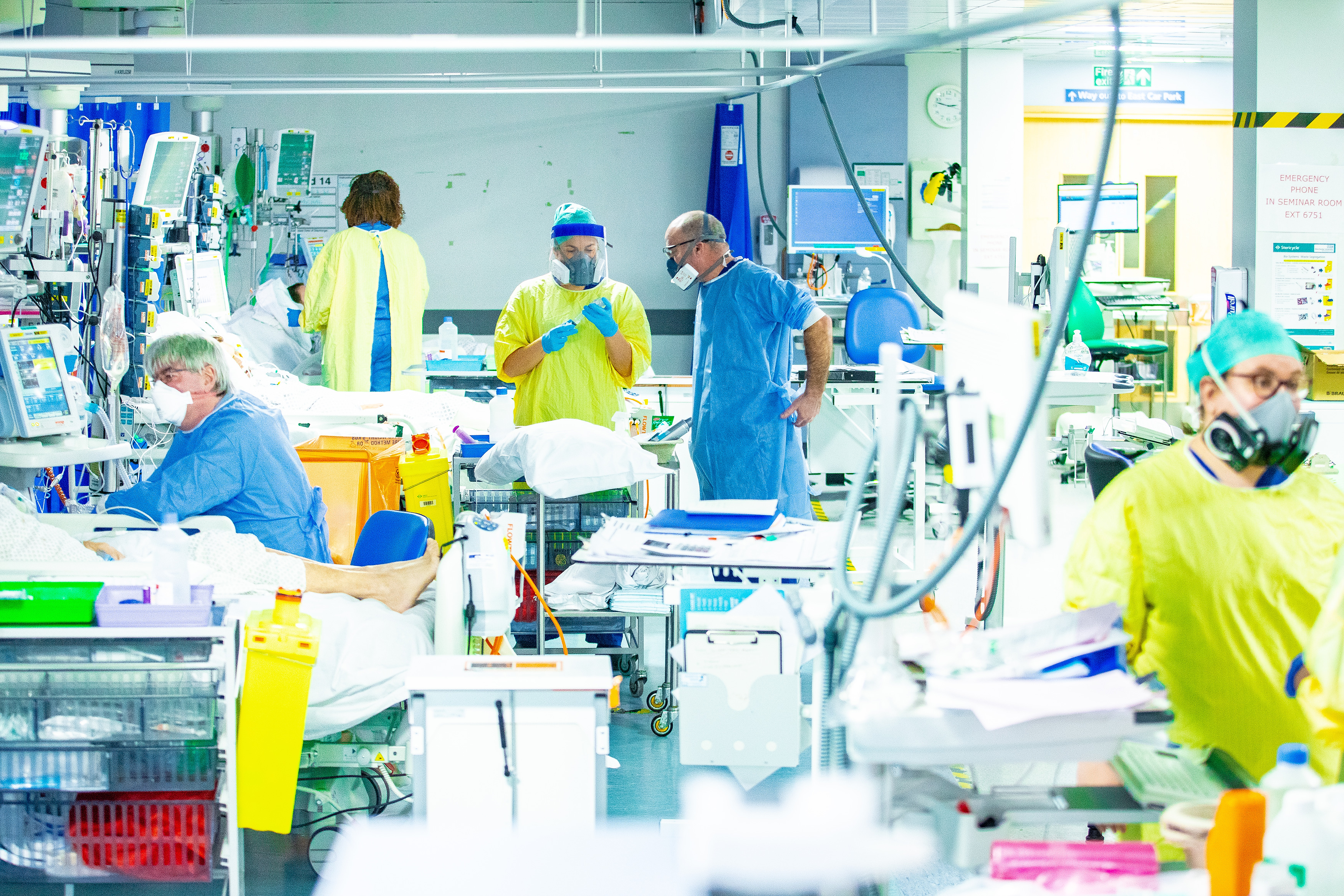 Only 32 vaccinated people were in hospital out of almost 75,000 admitted for treatmentCredit: LNP 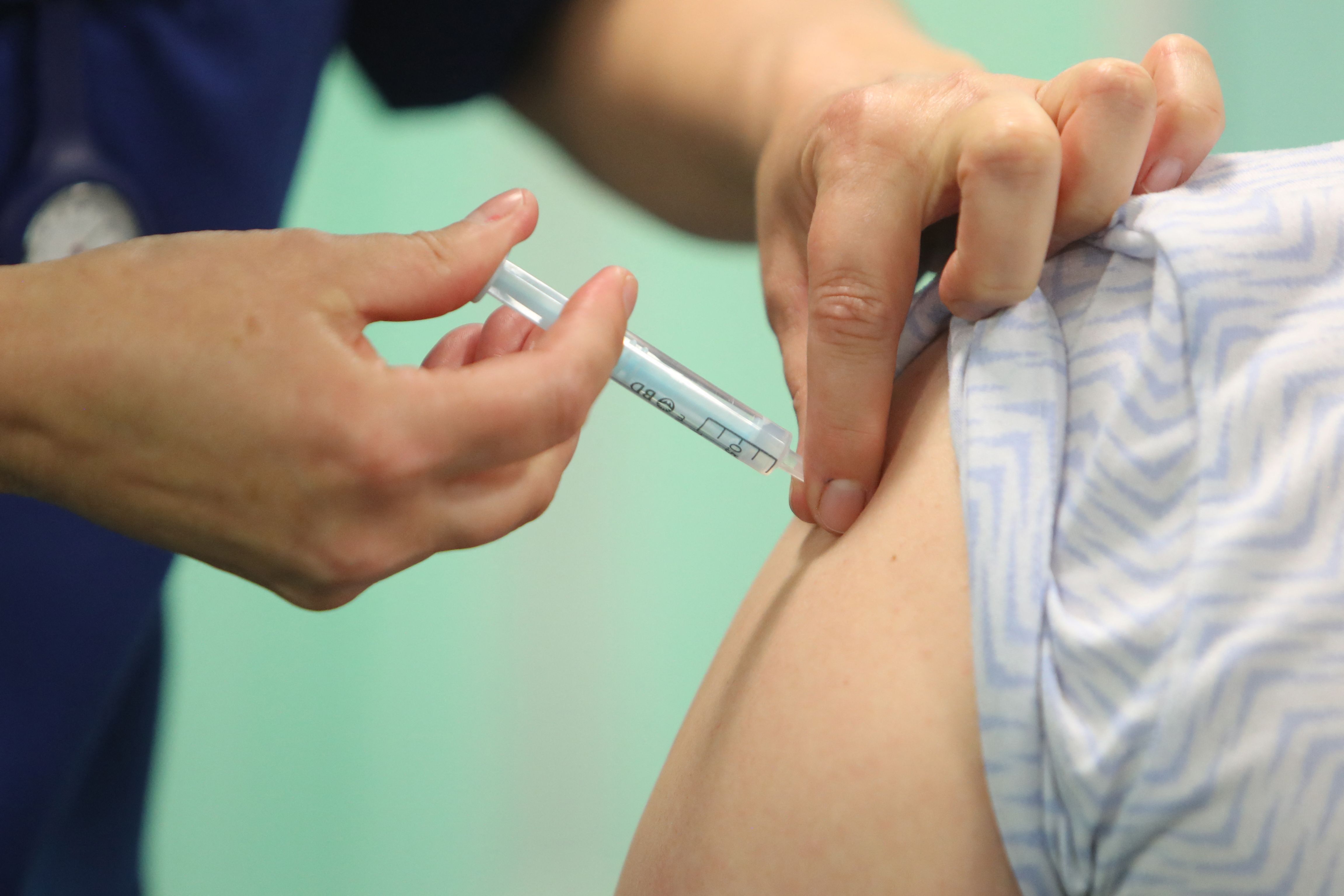 In the UK, more than 33 million people have received at least one jabCredit: AFP

The research found that out of 74,405 people who were admitted to hospital with Covid-19 between September and March, only 32 had received a vaccine at least three weeks before.

The findings were related to those who received just one jab, The Telegraph reports.

Meanwhile, other studies are ongoing to examine the level of protection people have after receiving two doses of a Covid vaccine.

Researcher Professor Calum Semple, from the University of Liverpool, said the study shows that “vaccines are highly effective”.

He said: “Not only do they work, but they work extraordinarily well.”

Detailed results are due to be handed to the Scientific Advisory Group for Emergencies (Sage) on Wednesday.

With more details, it will be clear whether those who were admitted to hospital with Covid-19 after receiving a vaccine had milder symptoms than those who had not had a jab. 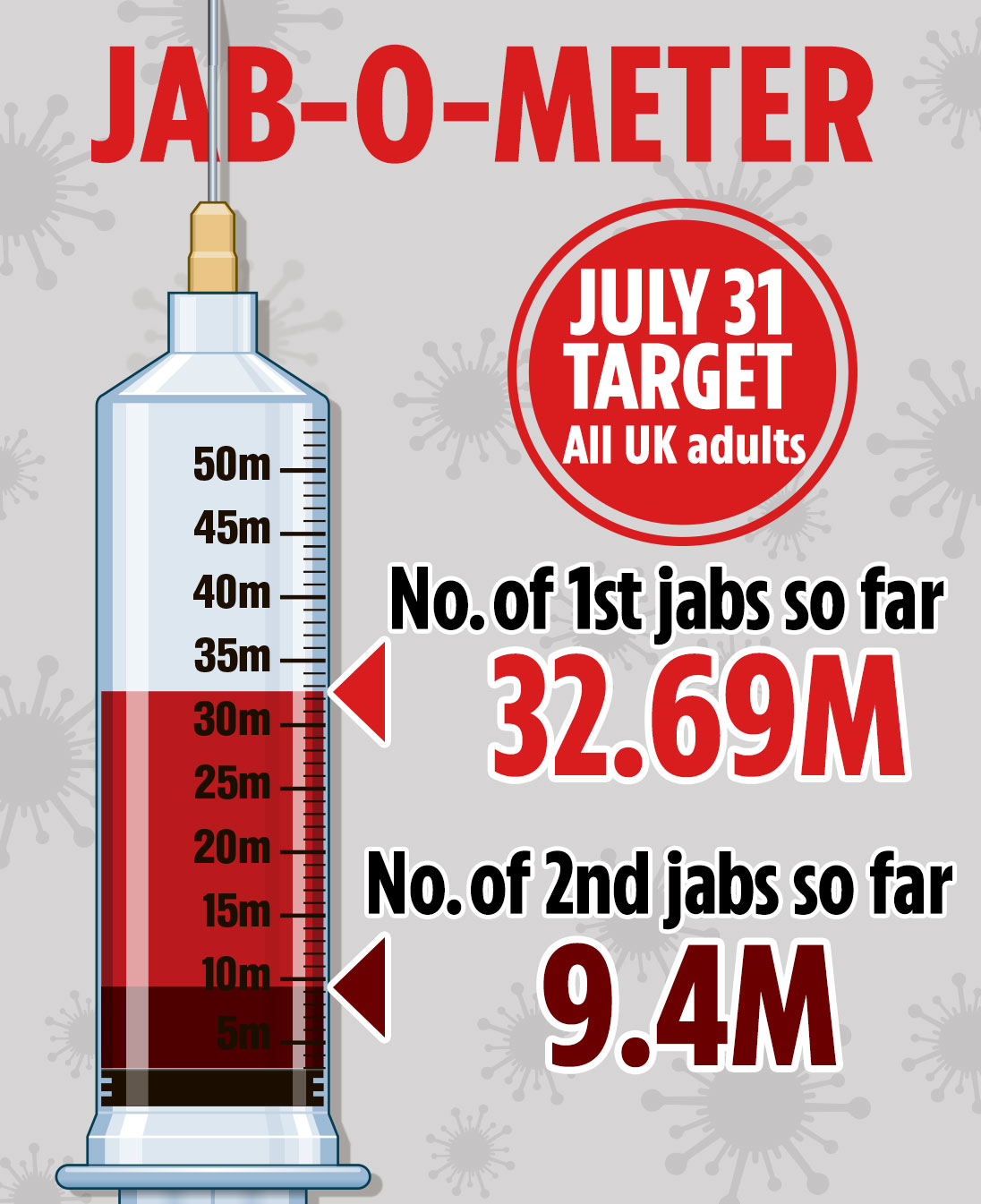 The total number of people who have received at least the first dose of a vaccine between December 8 and April 19 in the UK is 33,032,120, according to official government data.

After receiving their first jab, 10,425,790 have already been given a second dose of a vaccine.

For the first time since September, the latest figures showed fewer than 2,000 Covid-19 patients in hospital.

The positive news comes as coronavirus deaths dropped two thirds in a month with 33 fatalities recorded in the past 24 hours.

A further 2,524 cases were reported as Britain’s infection rate continues to remain steady.

But despite the progress made by the vaccination programme and the lower number of infections and deaths, Boris Johnson said Covid restrictions will not be lifted sooner than outlined in his roadmap. 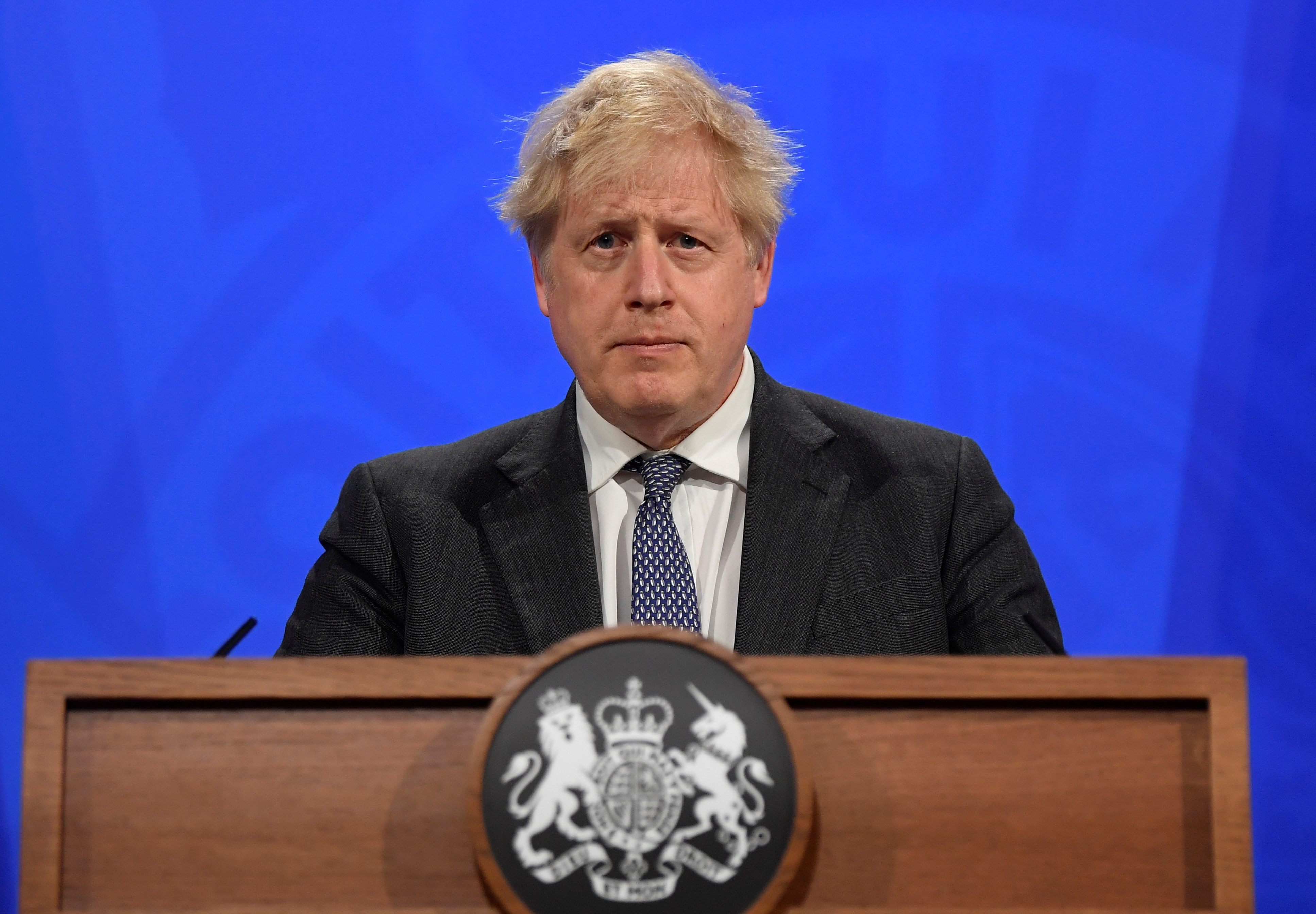 Boris Johnson said he will stick to his roadmap to ease lockdown restrictionsCredit: Reuters

The Prime Minister acknowledged soaring cases in other countries and warnings from scientists that there will be another wave this year.

Mr Johnson told a Downing Street press conference: “We know that this vaccination programme is making a big difference.

“We know that it’s helping to reduce suffering and save lives, potentially on a very big scale.

“But we don’t yet know the full extent of the protection that we are building up; the exact strength of our defences – and as we look at what is happening in other countries with cases now at record numbers around the world, we cannot delude ourselves that Covid has gone away.” 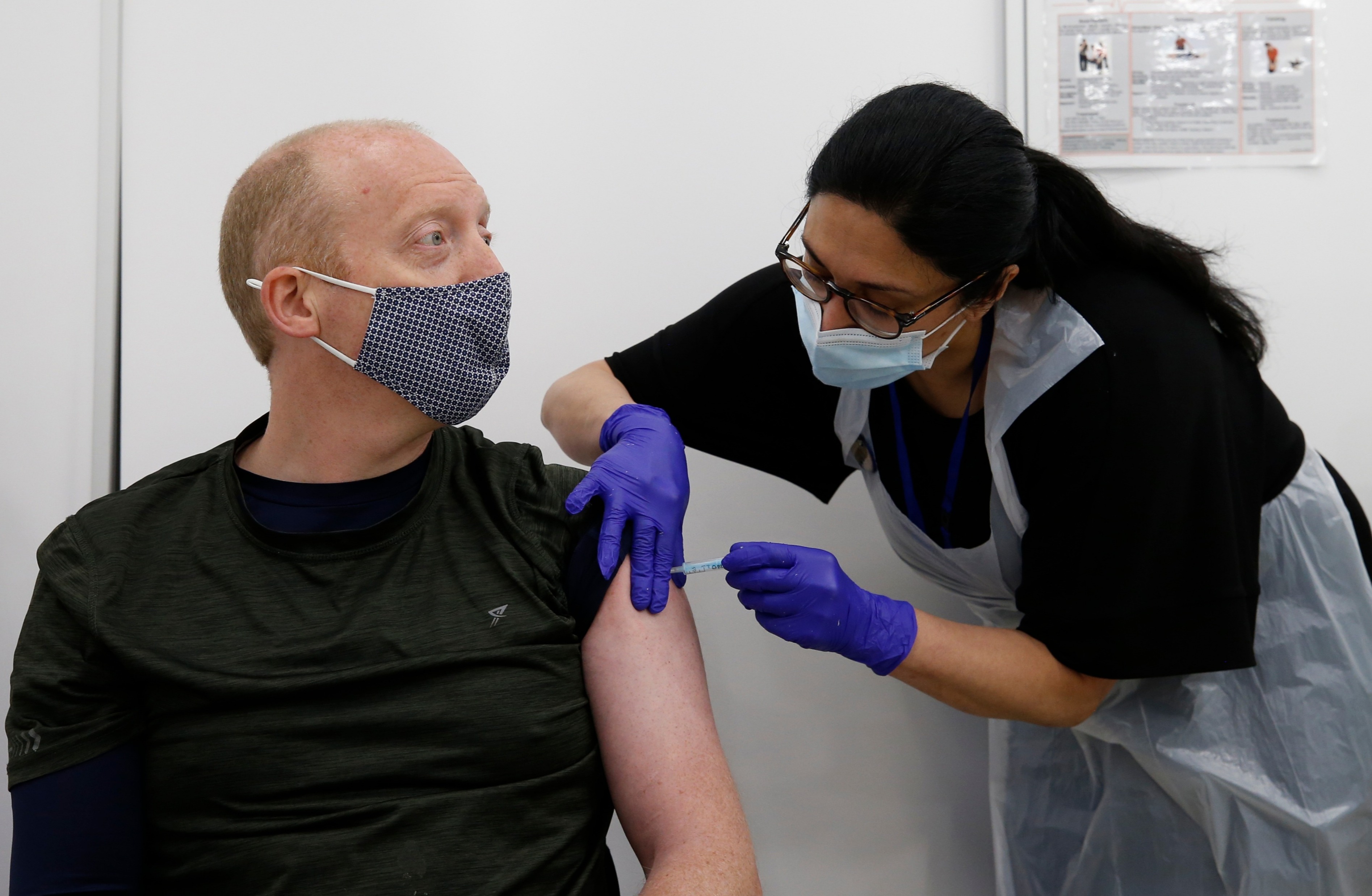 A man receives an AstraZeneca vaccination in LondonCredit: Getty 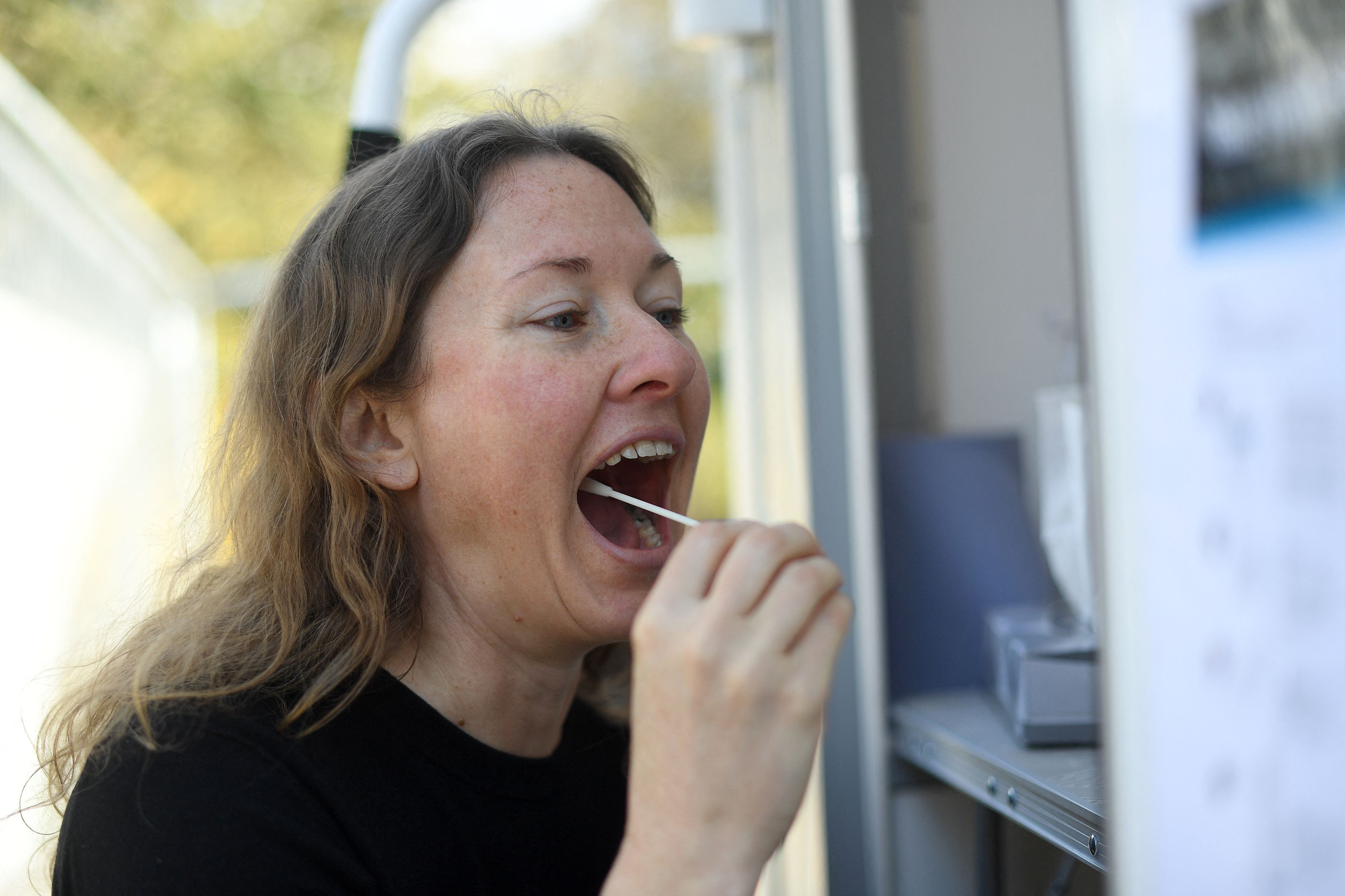 A woman gets tested for Covid-19 at a coronavirus surge testing centre in Brockwell Park in south LondonCredit: AFP

He added: “As we look at what is happening in other countries, with cases now at record numbers around the world, we cannot delude ourselves that Covid has gone away.

“I see nothing in the data now that makes me think we are going to have to deviate in any way from the road map – cautious but irreversible – that we have set out.

“But the majority of scientific opinion in this country is still firmly of the view that there will be another wave of Covid at some stage this year.

“And so we must, as far as possible, learn to live with this disease as we live with other diseases.”

Yesterday, Matt Hancock announced that India has been put on the UK’s travel red-list over the emergence of a worrying Covid variant there.

The Health Secretary said the Government is banning almost all travel from the country to protect the vaccine rollout here in Britain.

So far, 182 cases of the so-called Indian variant have been found in the UK. 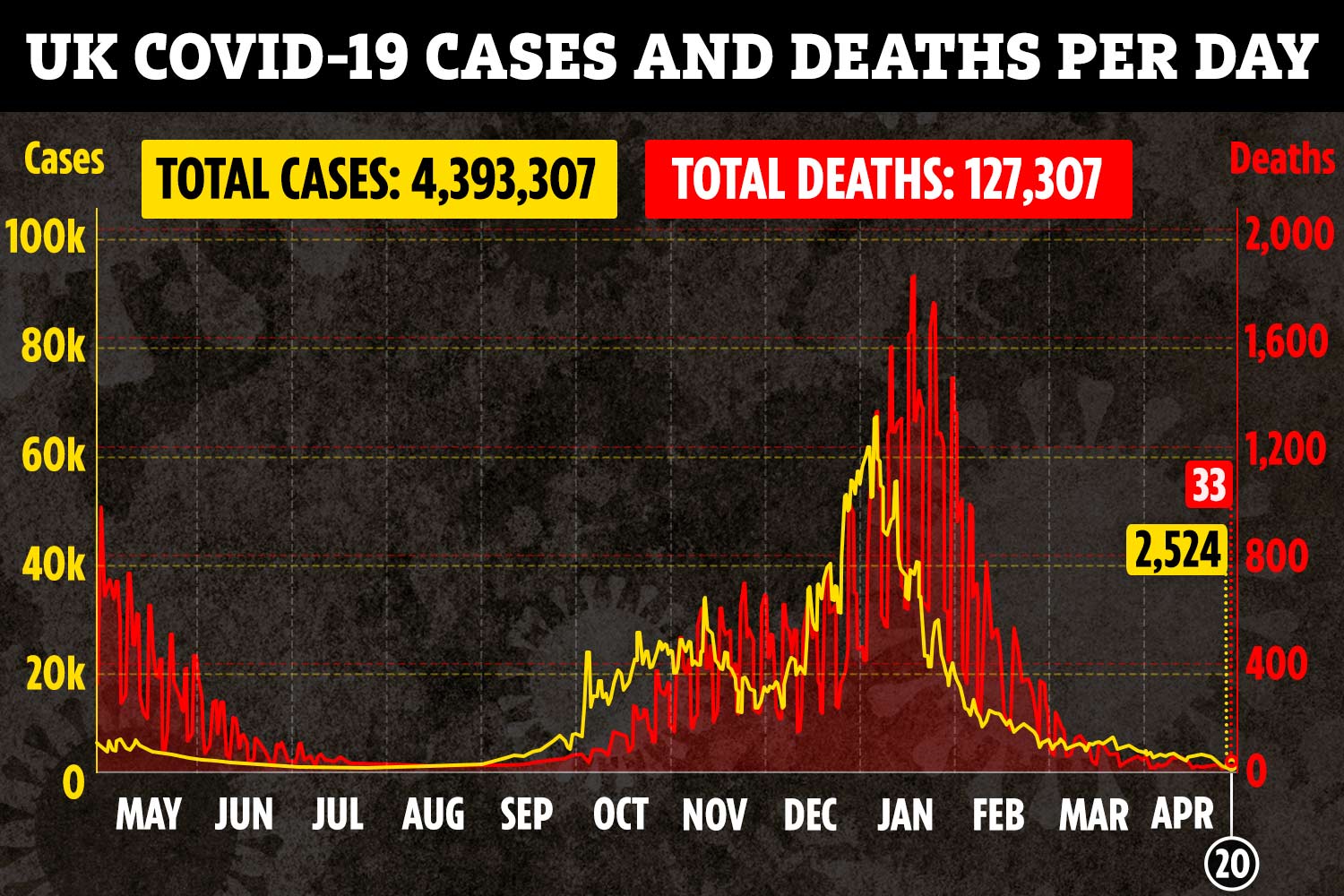