CORONAVIRUS conspiracy theorist Piers Corbyn was today slammed for a sick leaflet which compared the UK’s vaccination programme to Auschwitz.

Piers, the brother of former Labour leader Jeremy Corbyn, came up with the “concept” for a cartoon of the Nazi concentration camp. 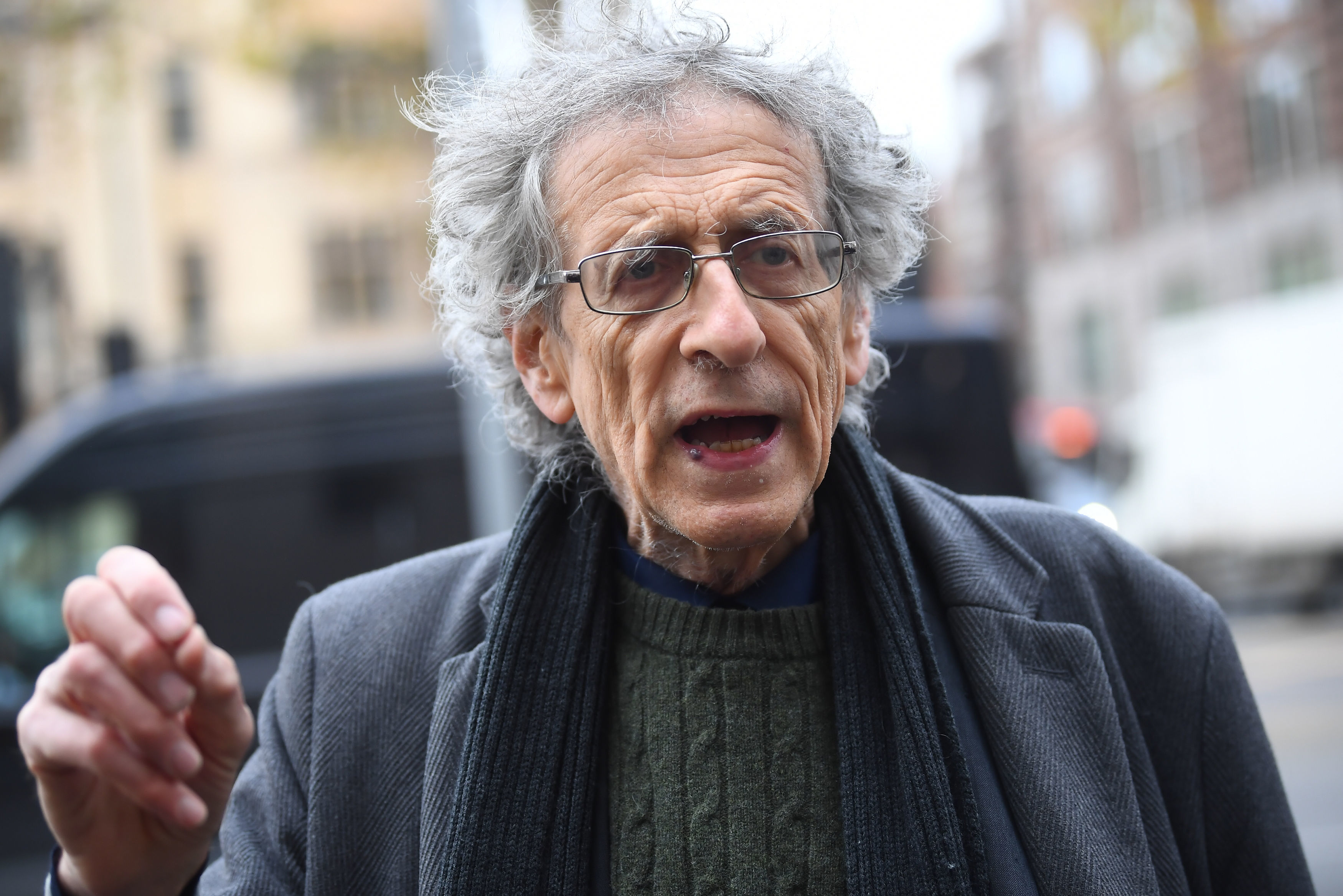 Piers Corbyn was behind a sick leaflet which compared the vaccination programme to AuschwitzCredit: PA:Press Association 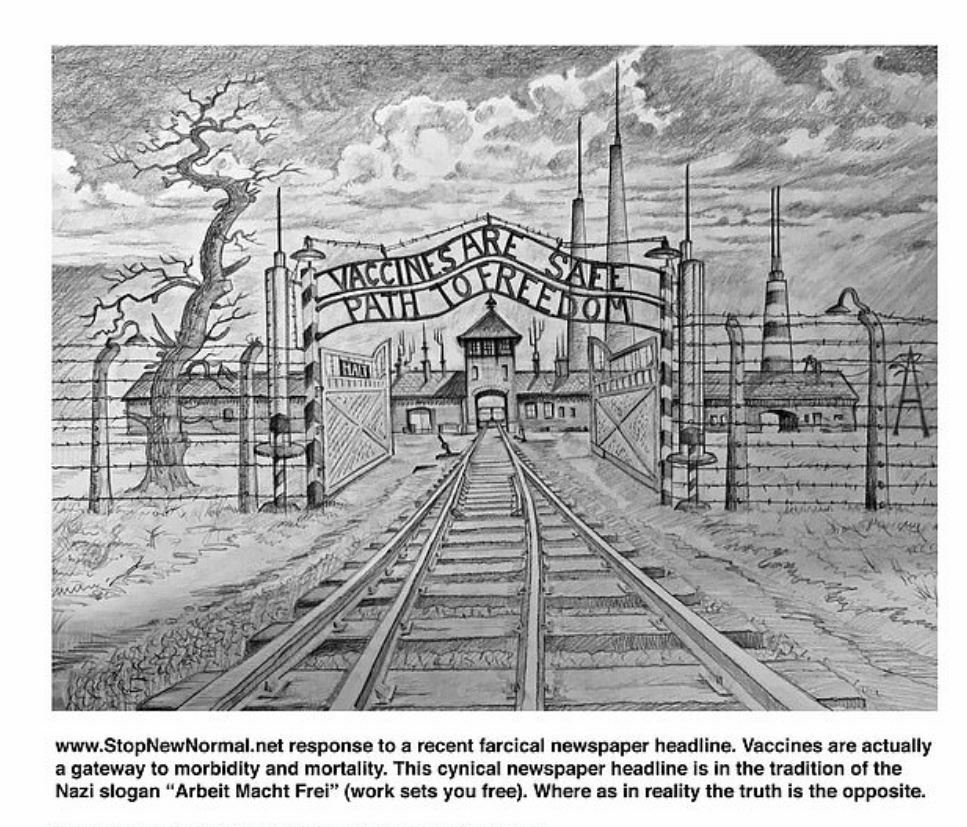 The leaflet, pictured, appeared on his website and was posted through people’s doors in London

The picture features the gates leading into Auschwitz along with a sign which reads: “Vaccines are safe path to freedom”.

It appeared on Mr Corybn’s website “Stop New Normal” which credits the 73-year-old for coming up with the “concept idea” for the picture.

Alexander Heaton, who was charged with breaking lockdown restrictions with Piers during protests in May, drew the image.

The drawing of Auschwitz – where more than one million Jewish people were murdered during the Holocaust – was also posted through doors in the London Boroughs of Barnet and Southwark.

It has sparked fury online with the Mayor of Lambeth Philip Normal uploading a picture of the leaflet.

Antisemitism, racism, hate is not tolerated in my house, or this country, or the planet Earth.”

He wrote: “Antisemitism, racism, hate is not tolerated in my house, or this country, or the planet Earth.”

A Twitter user added: “To be dangerously stupid about vaccines is one thing.

“But to use concentration camp imagery while you’re doing it is disgraceful.”

Another person wrote: “My great grandmother died of sepsis in a concentration camp.

“To equate life-saving medicine with them is absolutely one of the most enraging things I’ve ever seen. Antisemitism truly knows no bounds.” 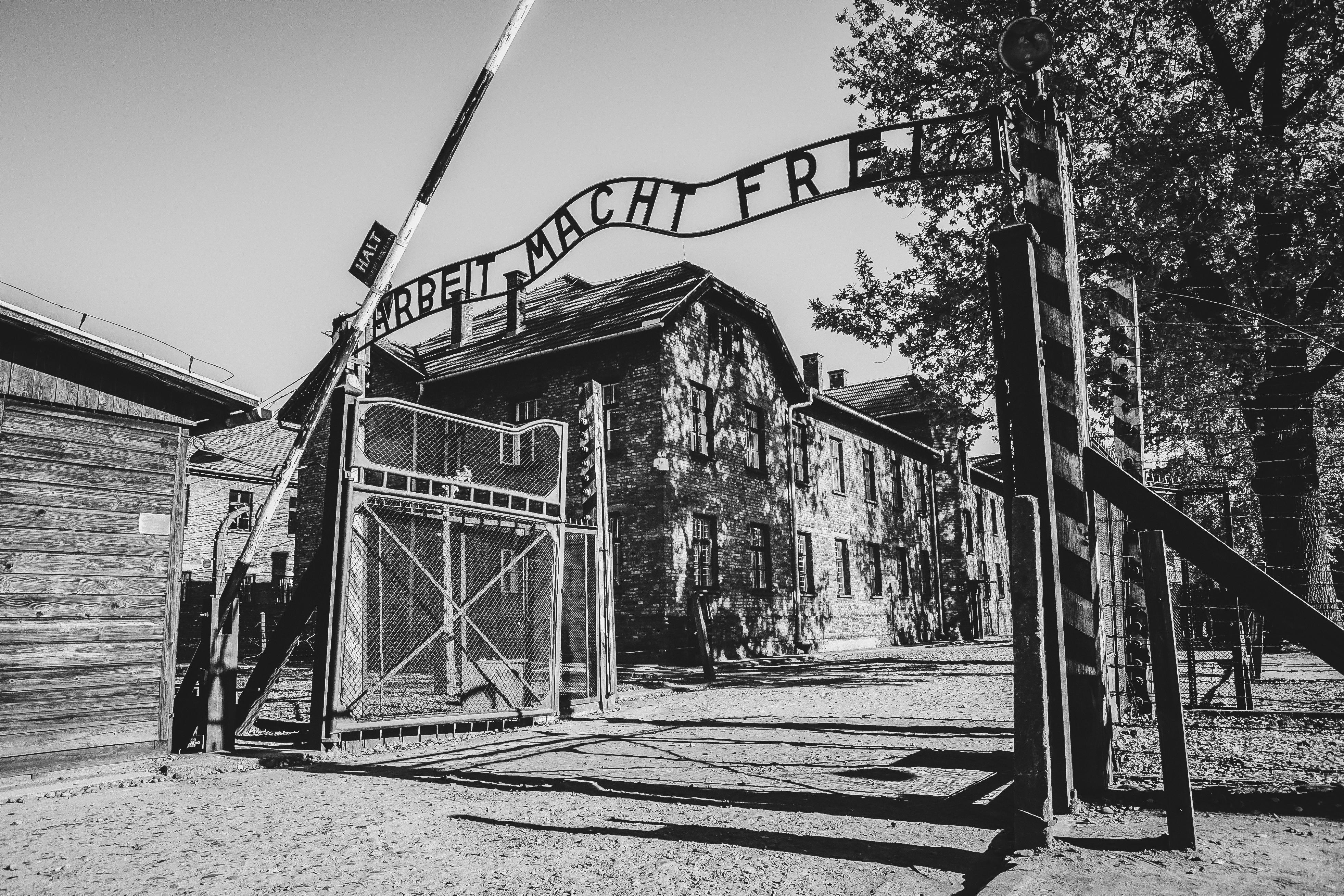 The cartoon featured the gates to the Nazi campCredit: Alamy 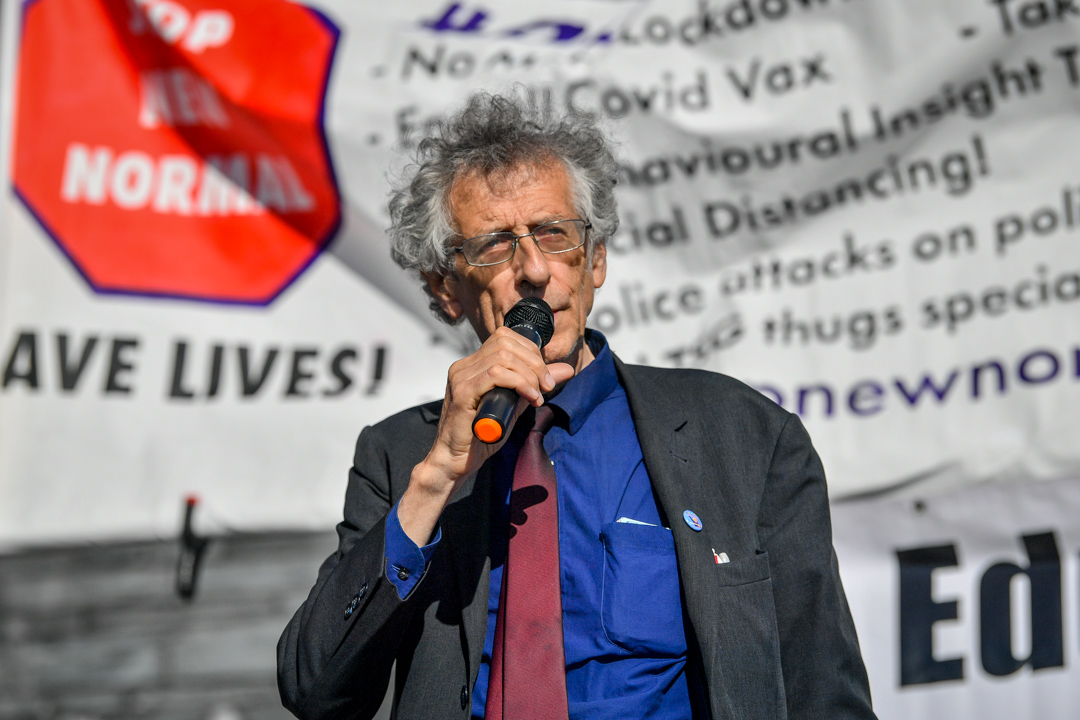 Piers was arrested during number of anti-lockdown protestsCredit: PA:Press Association 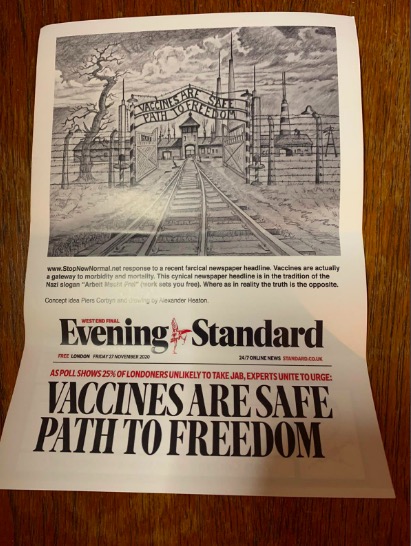 The cartoon was in response to the Evening Standard’s front pageCredit: Piers Corbyn Twitter

The leaflet has been slammed by a Jewish charity which described the leaflet as “despicable”.

Stephen Silverman, from Campaign Against Antisemitism, told MailOnline: “Piers Corbyn is an arch conspiracy theorist who was among the first to claim antisemitism allegations against his brother were part of an Israeli plot.

“Comparing the lockdown to the Auschwitz death camp, as former BNP leader Nick Griffin and others have done, is despicable.

“To deliberately distribute leaflets making that comparison is vintage Corbyn harassment and baiting of Jews, and demonstrates that this is not about protesting lockdowns, it is about trolling Jews.”

The cartoon was drawn in response to an Evening Standard front page which read: “Vaccines are a safe path to freedom.”

Comparing the lockdown to the Auschwitz death camp, as former BNP leader Nick Griffin and others have done, is despicable.”

A caption underneath the cartoon on Piers’ website said it was their response to a “farcical newspaper headline”.

They wrote: “This cynical newspaper headline is in the tradition of the Nazi slogan “Arbeit Macht Frei” (work sets you free) whereas in reality, the truth is the opposite.”

Piers was fined in August last year for organising an anti-lockdown protest in central London.

He was among those to attend the “Unite for Freedom” protest which was held in Trafalgar Square.

He has been arrested at least twice this year for repeatedly breaching lockdown rules to protest about measures brought in to slow the spread of coronavirus.

Piers was among 17 people arrested during a demonstration in Hyde Park on January 2.

On New Year’s Day he was arrested and fined after leading an anti-lockdown march in central London. 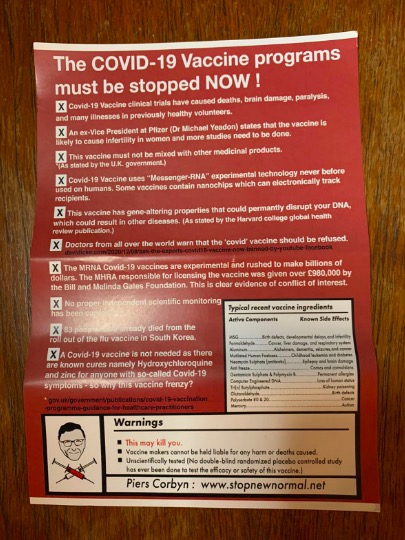 The leaflets were posted through people’s doors in Southwark and BarnetCredit: Piers Corbyn Twitter 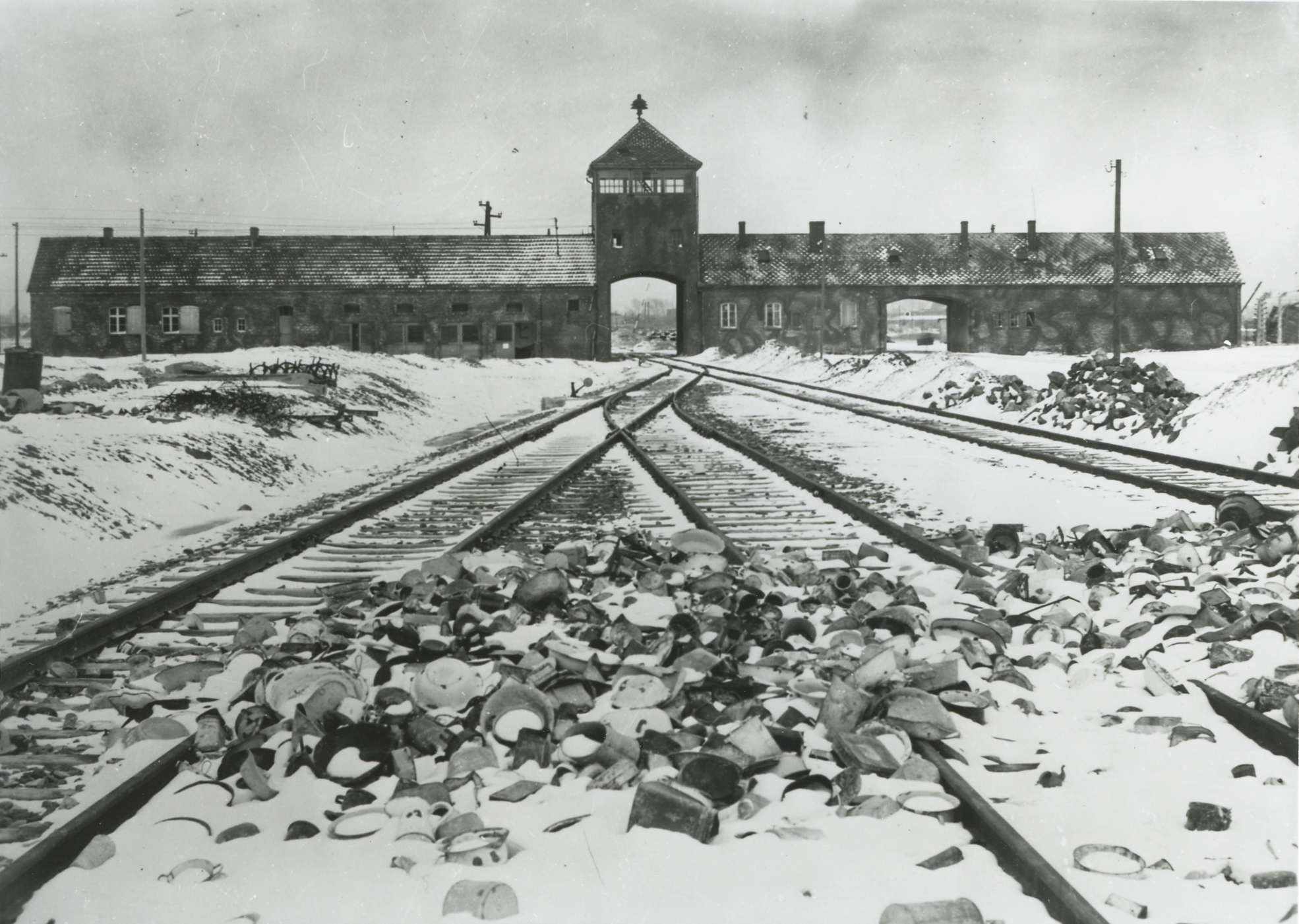 More than one million Jewish people were murdered at Auschwitz during the HolocaustCredit: EPA

Tony Bennett has been diagnosed with Alzheimer’s disease

What cities and states have declared an emergency?