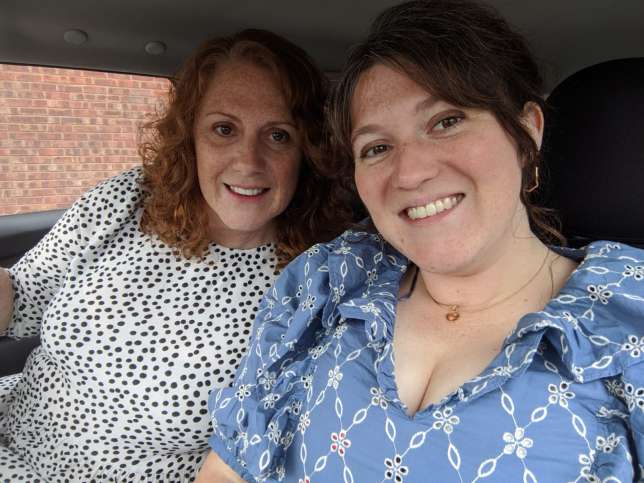 She’s been open to me from the start, indicative of our mother-daughter bond (Picture: Emmie Harrison-West)

‘I’ve bled through my clothes,’ a shocked voice said through the toilet door.

It’s a familiar feeling for anyone who menstruates; memories of starting your period, and leaking through your pants to leave a bloody red smudge on the seat.

Except, I wasn’t gathering up wet paper towels to help my teenage classmate – it was for my 54-year-old mam.

See, she’s is in the midst of the menopause, and watching her go through it is devastating. It makes me realise how little I know about it – and how ignorant we all are.

It began with hot flushes in 2019, which felt quite debilitating while she was at work. She described them as a weird, overwhelming feeling that triggered a flight or fight response.

She started waking up during the night, soaking wet from sweat – or freezing cold.

Vaginal dryness joined the party, and what she thought was an old shoulder injury started playing up. Nothing seemed to alleviate the pain.

Mam couldn’t even put her bra on, it was that bad.

That’s when she thought about getting Hormone Replacement Therapy, or HRT.

She didn’t know very much about the treatment at the time – she’d read a couple of magazine articles featuring celebrities who had used it, which were enlightening, but they painted a picture that HRT was some kind of miracle cure.

And the famous faces in those glossy articles could of course afford to go private.

Mam’s first consultation was with a male locum in his early 20s – even though she’d requested an older woman. 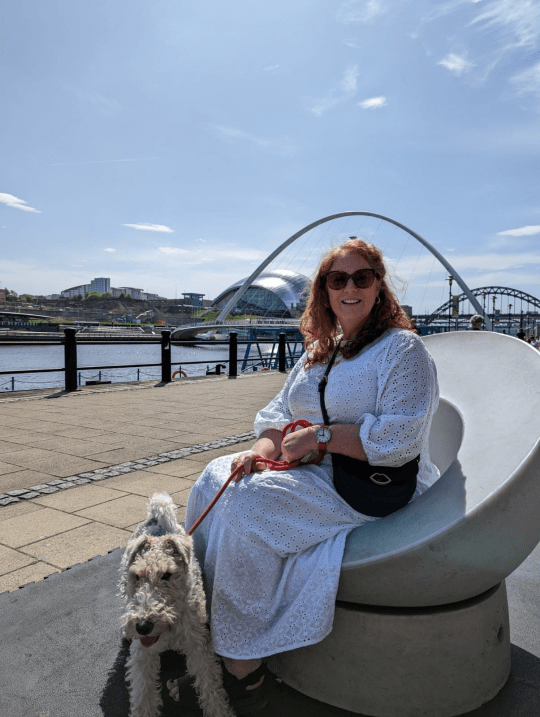 The most independent, self-confident, strongest woman I know is suffering (Picture: Emmie Harrison-West)

She could imagine other women feeling embarrassed about talking about their dry vagina to him.

She felt like it was a ‘one size fits all approach’ when he dismissed her with a prescription for HRT patches, feeling she was treated as a number – not an individual woman, and body.

Thankfully, she’s been open to me from the start, indicative of our mother-daughter bond.

I laughed off her symptoms at first, hoping they’d disappear sharply, but it became increasingly clear how much it started to rule her life – without any further help from doctors.

‘I feel like I’m pregnant,’ she recently told me, clutching her bloated stomach in agony.

At the start of the menopause, she bled every six months, but HRT patches made her bleed every fortnight.

She was passing thick clots – a rush of blood hitting the floor whenever she stood up from the toilet.

Since then, I’ve seen first hand how the menopause has destroyed her. The most independent, self-confident, strongest woman I know suffering with memory loss and head-f**k, loss of libido, and confidence from weight gain and poor self-esteem due to not feeling physically attractive.

The feeling of anxiety, low mood, sheer loss of control, intermittent bleeding for years, vaginal dryness, and aching joints – even down to her fingers not working. Shoulder stiffness and good old plantar fasciitis (foot pain) – and that’s all while being on HRT.

She wasn’t advised about any side-effects in the beginning, and certainly not how to cope with them.

At a three month review, she felt like doctors were only interested in her weight and blood pressure, not her mental health, dwindling sex life or excessive bleeding.

Simply, her GPs didn’t want to know. They couldn’t help her manage her symptoms as they didn’t know how to – admitting to not having the right knowledge or education to treat her, even after she’d done her own research.

And she’s tried everything: HRT patches, progesterone tablets and oestrogen gel. She’s had recommendations of other treatments like testosterone from pharmacists and menopause specialists, but her GP is unwilling to prescribe her any further treatment as they don’t know enough about them.

There’s even a nationwide shortage of oestrogen gel – after there was a shortfall reported back in April.

Mam’s been left distressed about the uncertainty of the future of her treatment, and she’s not alone either.

A recent poll by menopause support group The Latte Lounge found that 36% of women were still struggling to access treatment for the menopause, too.

Women are expected to just live with it – put up and shut up.

It feels like the people supposed to be protecting her are simply not interested, and their ignorance is not good enough. It’s costing her her wellbeing. 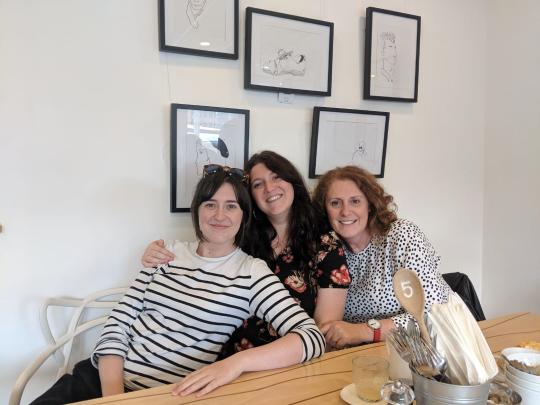 She’s not a stereotype, she’s my mam, and she’s hurting (Picture: Emmie Harrison-West)

It’s so hard, and eye-opening to watch as her daughter – watching your parent being let down over and over again.

Me, her eldest, helping her blot the blood from the back of her expensive jumpsuit in a restaurant toilet.

It was a year ago when she started HRT, and she’s still experimenting with dosages now – without the guidance of her GP.

My strong, intelligent, fierce, well-dressed, young-at-heart parent – a woman who works in healthcare – is broken and feels like she’s lost her identity, her confidence, mindset.

Mam’s been left distressed about the uncertainty of the future of her treatment, and she’s not alone either

My mam’s not old and decrepit – like I’ve been led to believe over the years that menopausal women are.

She’s not hysterical, a crone, or witch – I even borrow her clothes. She’s not a stereotype, she’s my mam, and she’s hurting.

If it has such an impact on everyone, why isn’t it taught in schools?

The positive is that scores of frustrated women are talking, sharing their anger. But this is not some sudden ‘epidemic’ – with women just coming out of the woodwork now to jump on the ‘menopause bandwagon’ – it’s been going on for decades, generations even.

For the first time, there’s been noise around Menopause Awareness Day today, on 18 October. Even celebrities like Davina McCall, Gwyneth Paltrow, Angelina Jolie, Michelle Obama and Gabby Logan are helping shed the taboo and make the menopause mainstream. 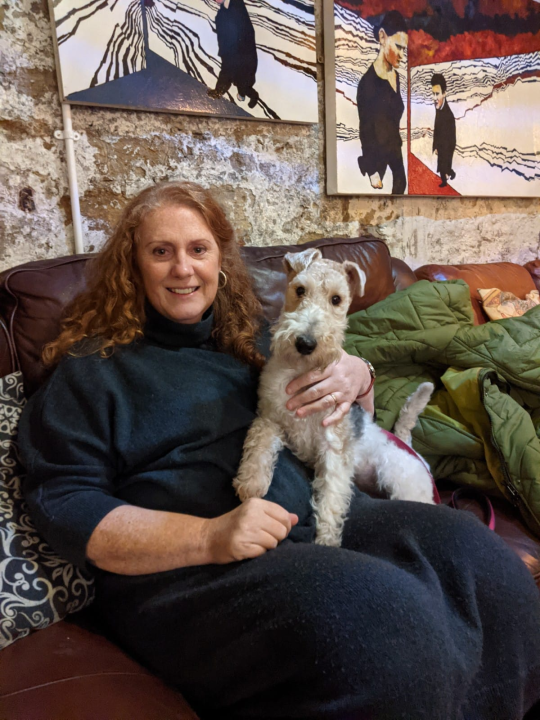 Mam’s been left distressed by the uncertainty – and she’s not the only one (Picture: Emmie Harrison-West)

Simply, women have had enough, but they’re being punished for it with uneducated GPs, a male medical ethos, and a government that doesn’t make women’s health a priority.

The truth is, if the menopause was something that happened to men, this wouldn’t be a farcical ‘epidemic’. This would be something that was ‘solved’ generations ago, not something that needs to be revolutionised by women.

Everyone, regardless of whether they bleed or care, should learn about the menopause from a young age in a honest, educational way – considering symptoms affect 75% of all women, according to the British Menopause Society.

We need to smash the stigma of the menopause, and educate ourselves now as scores of women are suffering in silence, ignored and lost. We need to listen to them.

It’s not good enough to expect women to keep calm and carry on. We’re sick of it, and want our bodies back.