ISRAEL has shown the UK how it’s done by rolling out a “world class” vaccine passports system to kickstart clubbing and indoor dining.

From Iceland to Israel, a number of countries have started to lift lockdown measures for residents who can prove they have been jabbed against Covid. 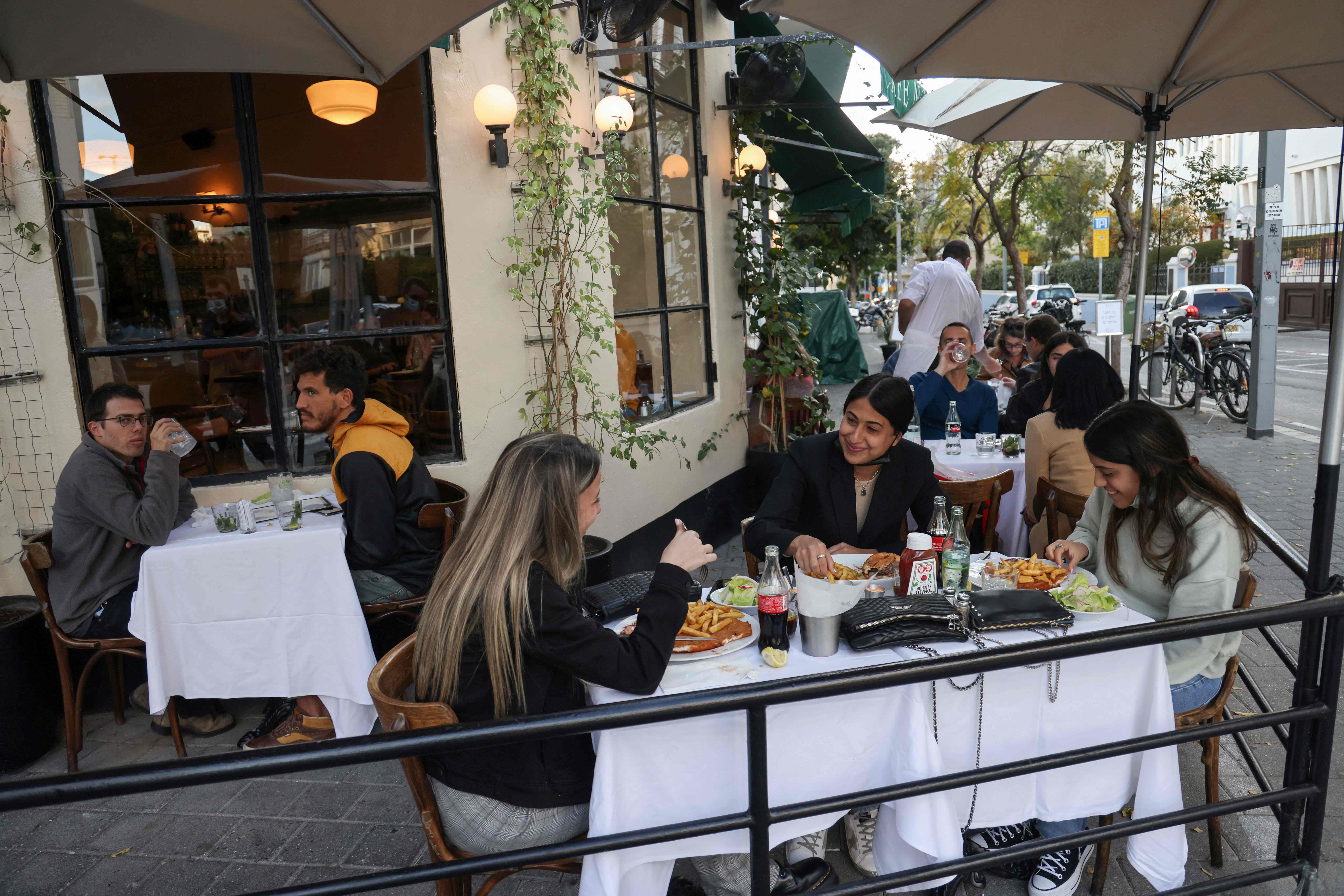 Restrictions have been lifted for Israelis who can prove they have been jabbed against CovidCredit: AFP 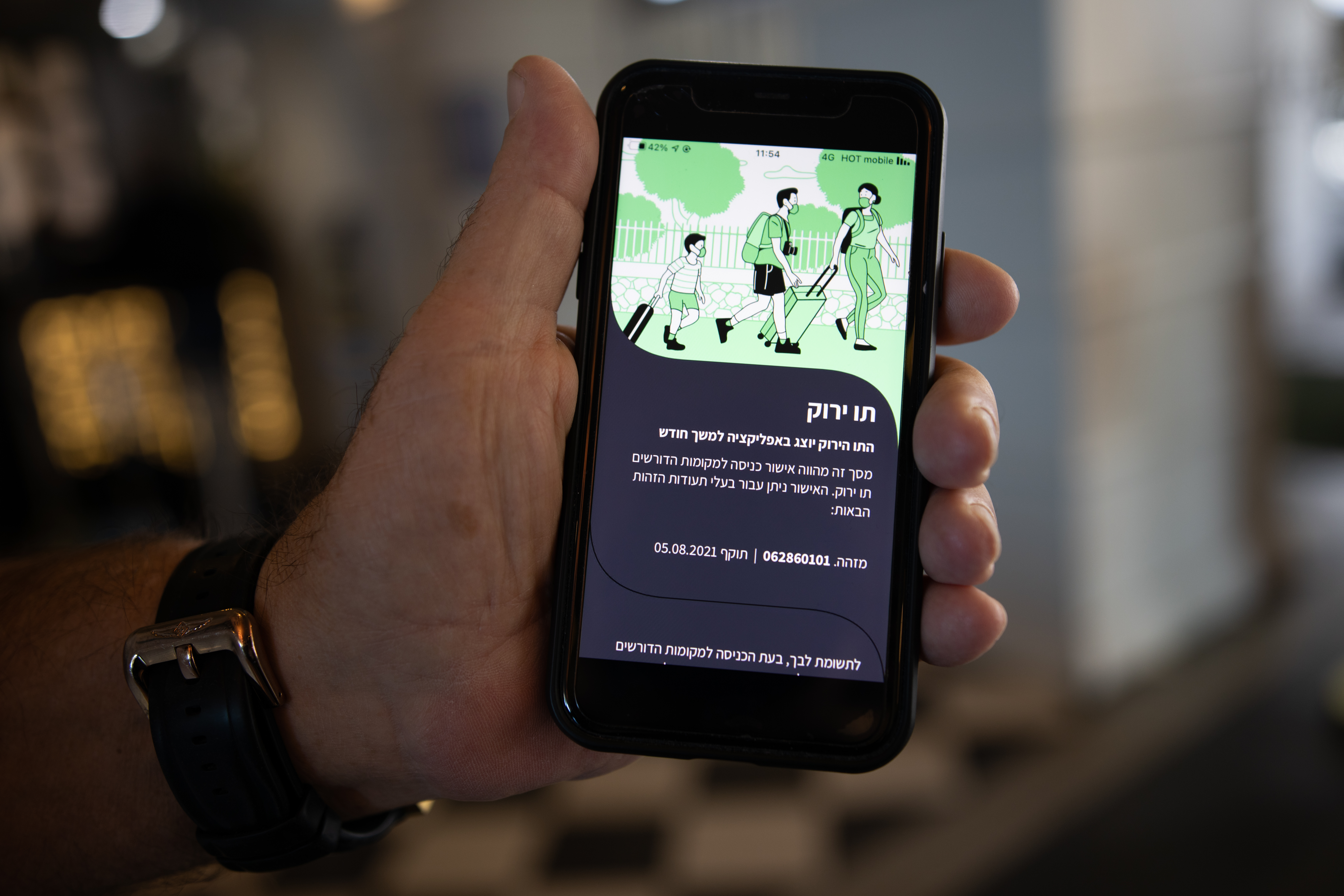 Israel introduced its so called ‘Green Pass’ system in February

Israel introduced its so called “Green Pass” system in February – and it has had a dramatic effect on the country since it was gradually rolled out.

The country’s app-based scheme, spearheaded by the Health Ministry, shows whether people have been vaccinated against Covid or if they have some level of immunity after contracting the virus.

Israelis now have to use the app, which is linked to an individual’s personal medical records, to check in at swimming pools, clubs, restaurants, cafes, sports stadiums, and cultural venues like cinemas.

But she was delighted to see a “perfect, orderly queue” outside the club at 11pm.

“The crowd always just wants to get in but after this year, they were all very polite, they waited,” Tokatly told The Telegraph. 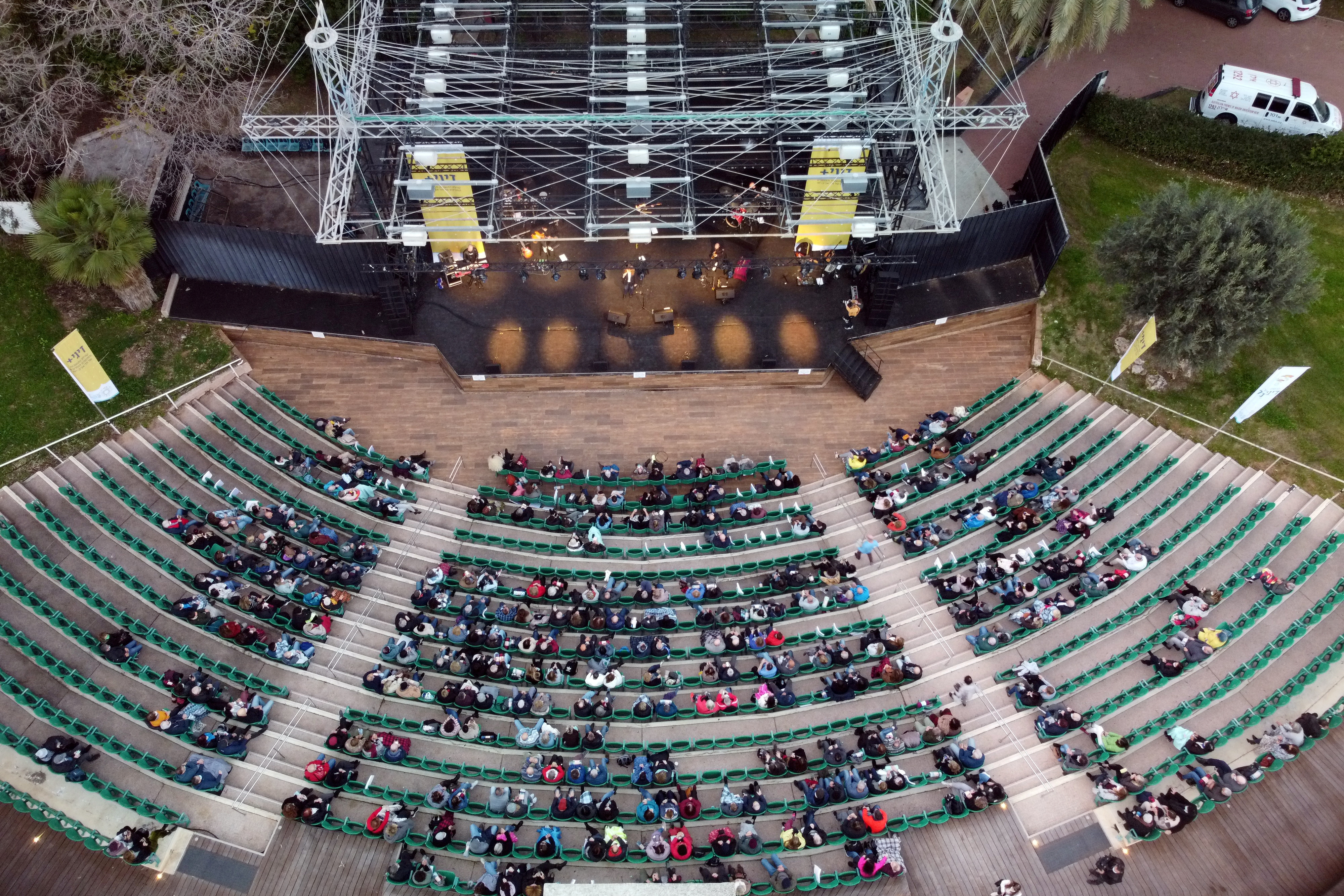 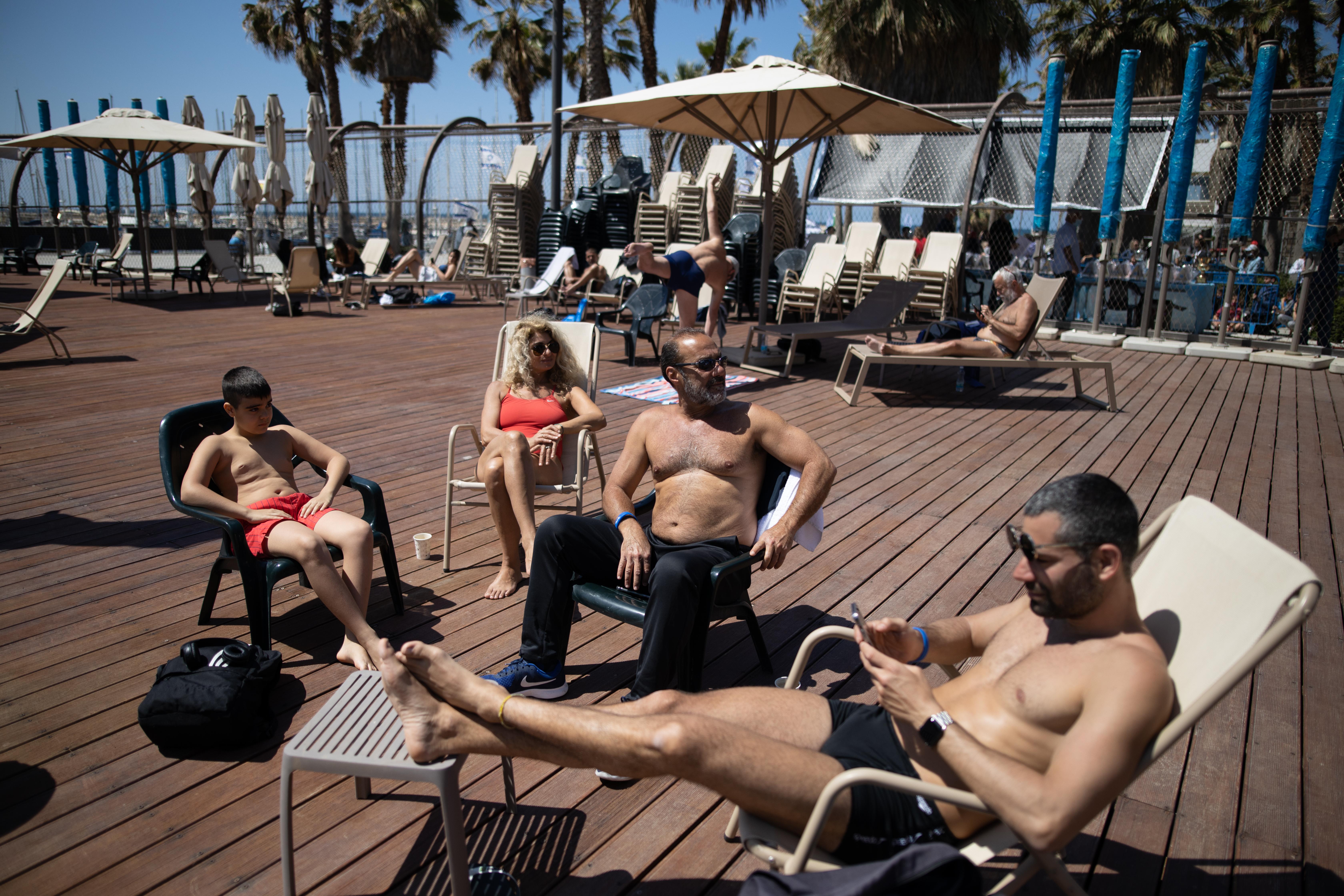 Peopel relax at Gordon Pool in Tel Aviv, which only allows holders of the green passport to enter 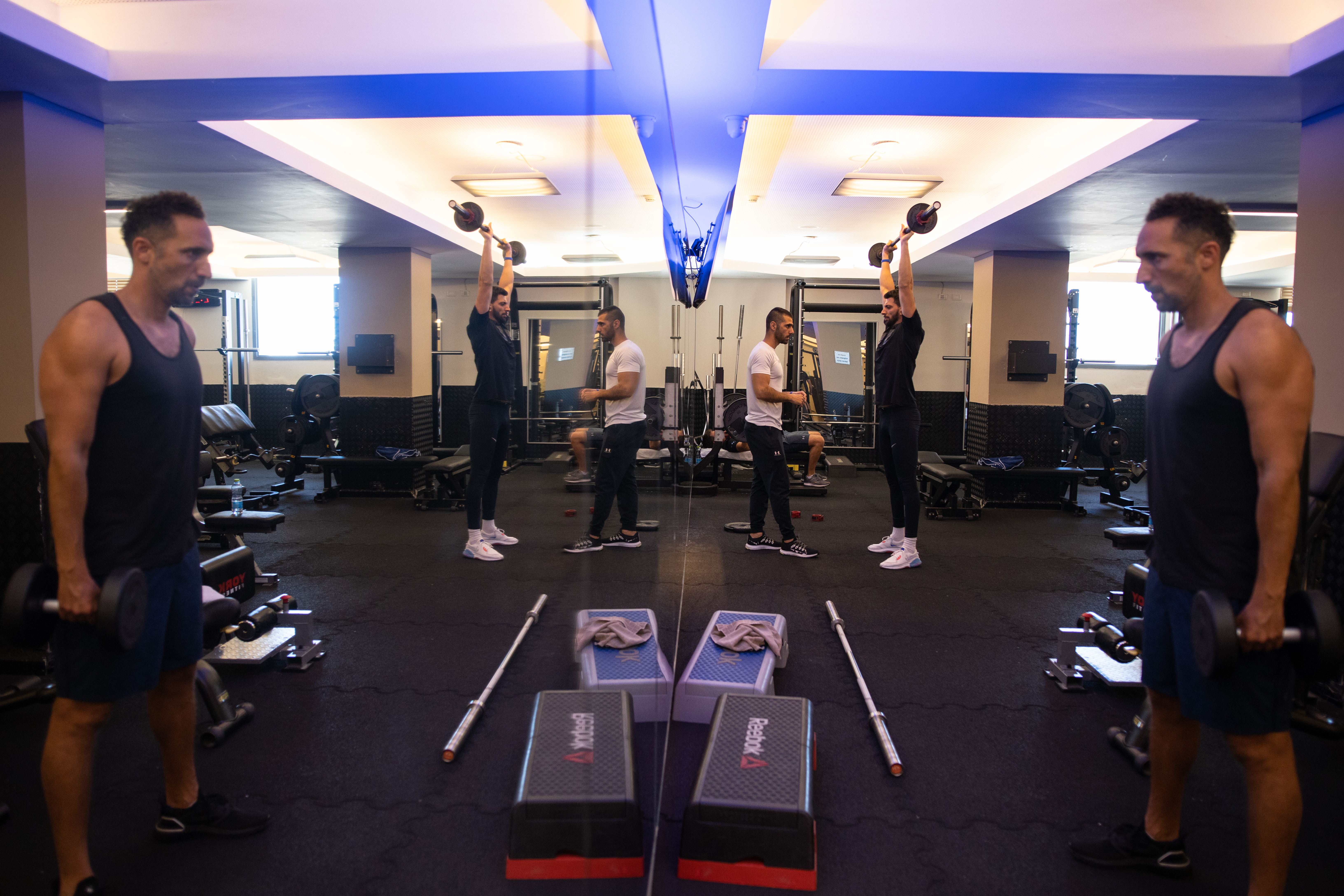 “Clubbers don’t always have a lot of stuff on them, just their money in their pockets, but this time everyone came organised with their ID and with the application and everything.”

The app isn’t needed to enter shops or malls – but the pass will be used next week to allow Independence Day celebrations to go ahead.

More than half of Israel’s population of nine million have been fully vaccinated and the country has hailed its vaccine passport system as a “world-class” experiment.

“No one else has tried it,” Ran Balicer, the chairman of the National Expert Advisory Panel to the Government on Covid-19, told the Jerusalem Post, according to The Telegraph.

Nadav Eyal, a columnist for Yedioth Ahronoth newspaper, hailed the system for allowing Israelis to return to some form of normal life without a rise in Covid infections.

Writing for the Spectator from Jerusalem, Anshel Pfeffer said fans with the passes were allowed to return to stadiums last week – and it was only the second time had been asked to show proof he had been jabbed.

“My son, too young for vaccination, had to queue outside for a quick Covid test before joining me,” he wrote.

“In the month since I downloaded my vaccination passport to my smartphone, this was only the second time I’d been asked to present it.”

Last month, cops arrested a man on suspicion of forging the passes and offering them for sale in a Telegram group with tens of thousands of members, The Telegraph reports. 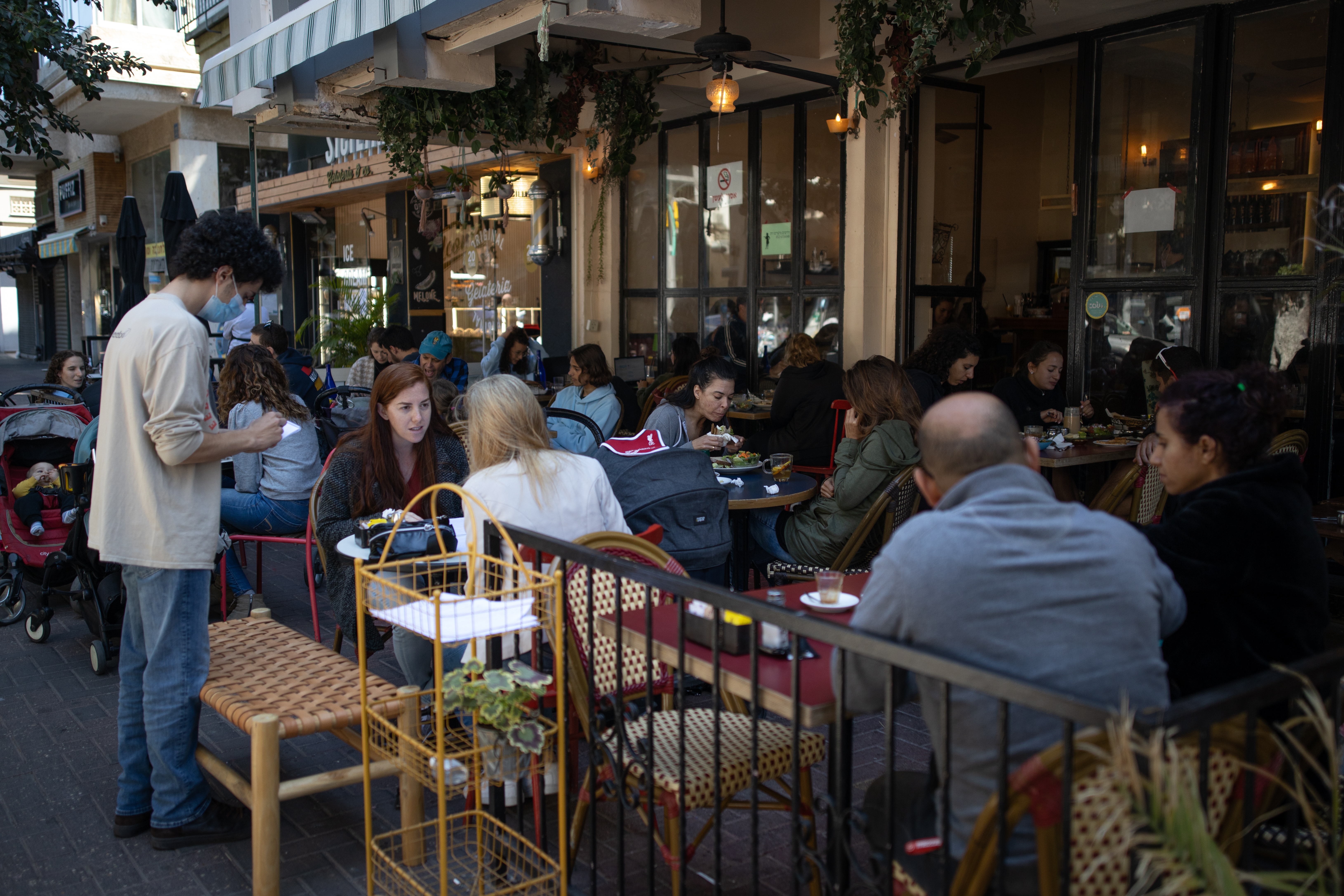 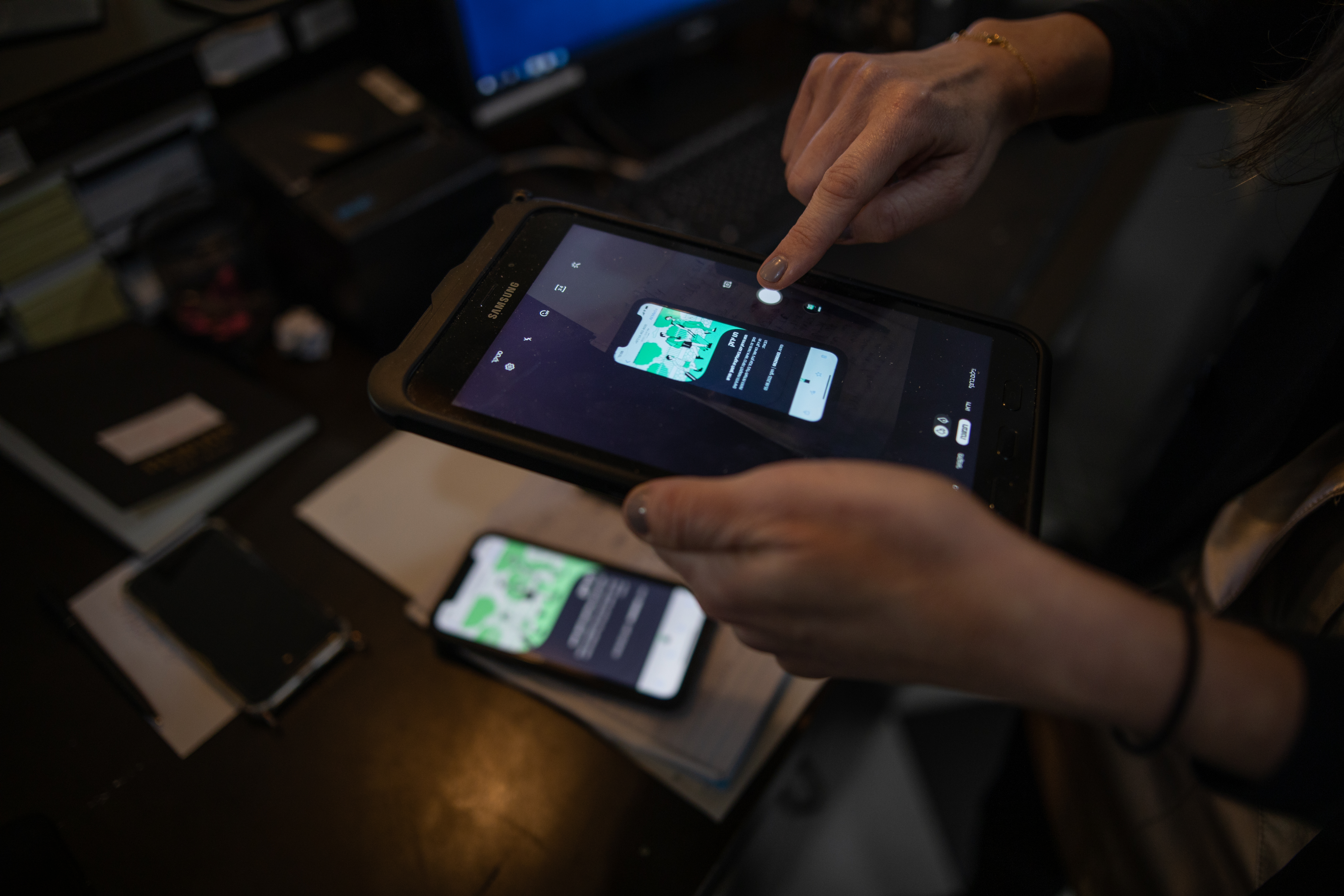 An employee takes a photo of phone screen that shows the green passport, part of the check-in procedure at Herods Hotel

China, Bahrain and a few other nations have already introduced vaccine passports, with South Korea and the EU also announcing plans for digital documents.

And Israel’s experience could prove valuable as the UK government considers introducing Covid passports as a way to reopen the economy.

But shadow health secretary Jonathan Ashworth said the scheme risks being “discriminatory” and “unfair” and accused Boris Johnson of failing to be “honest” with people about how it will work.

He branded the blueprint an effective “digital ID card” by the back door and said the fact shops and pubs could ask for proof of a jab as a condition of entry is a major concern.

The intervention will cause No 10 a major headache, with a large mutiny already brewing on the Conservative benches as ministers confirmed they will hold a parliamentary vote over the plan.

And Labour sources said leader Sir Keir Starmer is set to oppose the Government’s vaccine passport plans in their current form, and wants to focus on getting everyone vaccinated instead.

The Government has published an update on its rolling review into the use of jabs certificates which said pubs may have to demand them to ditch ruinous social distancing rules.

Meanwhile, the head of the Africa Centers for Disease Control and Prevention has described Covid vaccine passports as “inappropriate” while poor countries lag behind others in acquiring the jabs.

“Our position is very simple. That any imposition of a vaccination passport will create huge inequities and will further exacerbate them,” Dr John Nkengasong told a briefing.

“We are already in a situation where we don’t have vaccines, and it will be extremely unfortunate that countries impose a travel requirement of immunization certificates whereas the rest of the world has not had the chance to have access to vaccines.”

And a World Health Organization spokeswoman said it does not want to see vaccine passports as a requirement for travel, partly because of uncertainty over whether inoculation prevents transmission of the virus.