SHOCKING pictures show the grim reality of a wet market in Nigeria where pangolins, monkeys and turtles are sold both dead and alive.

The frightening images come amid fears the next pandemic could emerge from one of these barbaric markets outside of China where a vast array of exotic animals are killed in horrifying conditions. 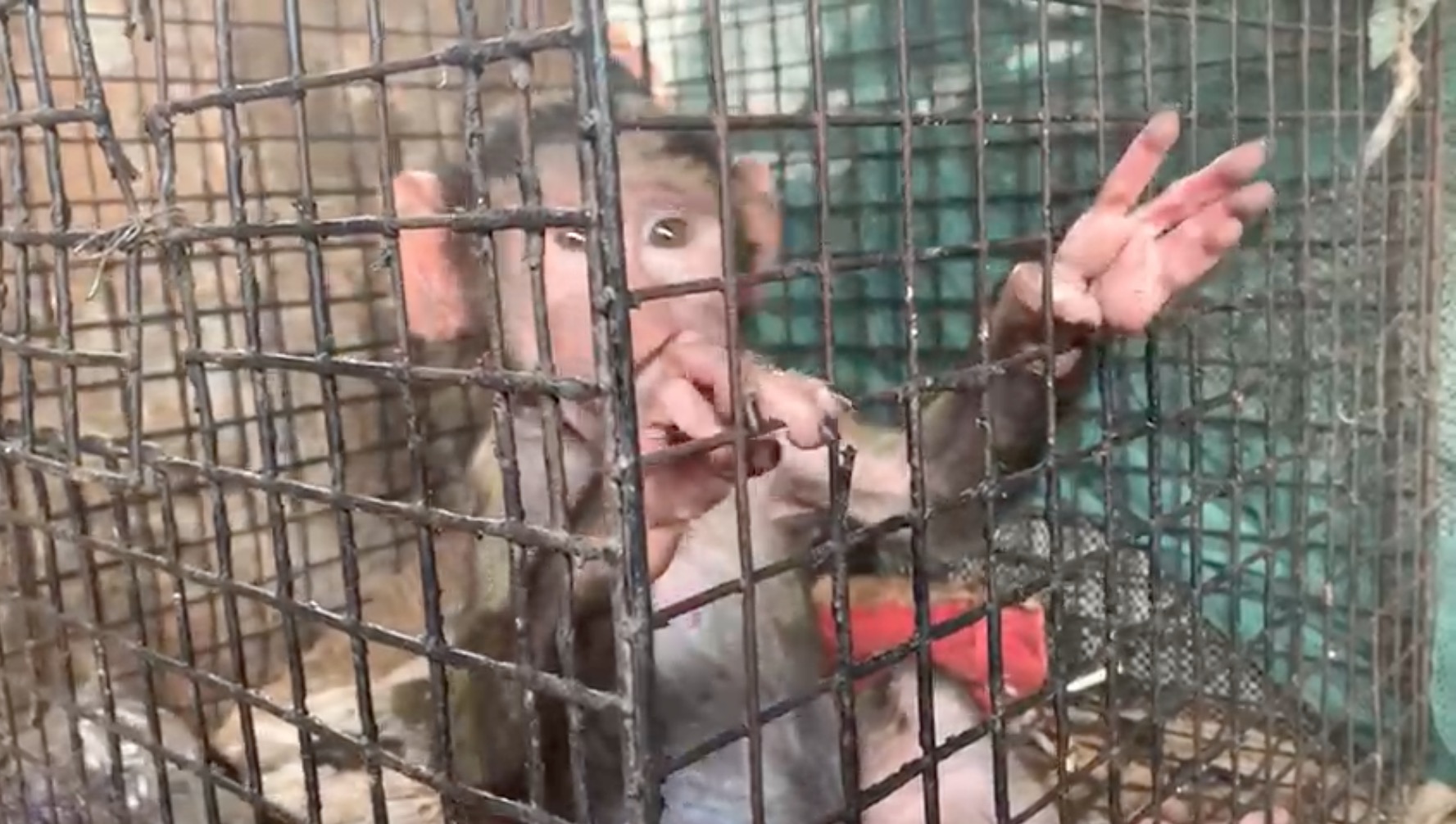 A monkey reaches out of its cage at a wet market in Lagos, NigeriaCredit: Jam Press 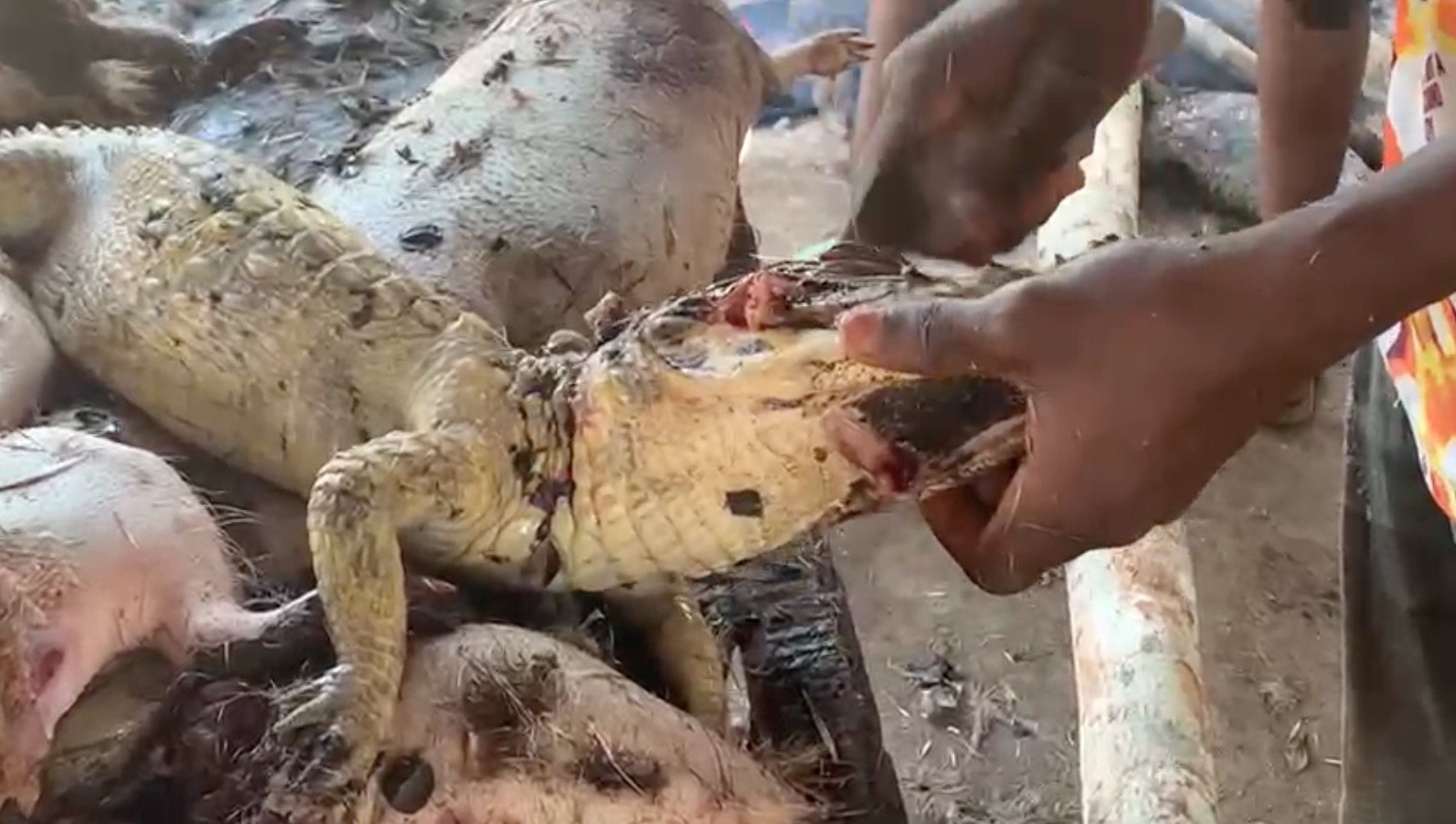 Exotic animals are carved up in filthy conditionsCredit: Jam Press 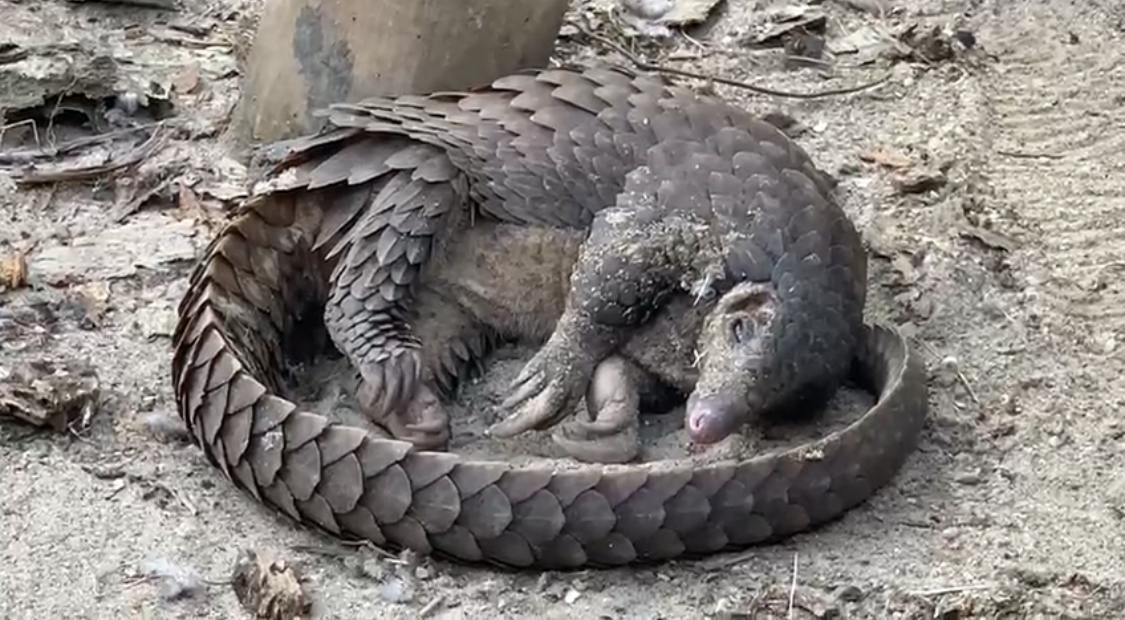 Animal activists from WildatLife, who took the photographs, managed to rescue pangolins and a sea turtle from being boiled ALIVE at Oluwo Fish Market in Lagos, Nigeria.

They witnessed a number of exotic species being held in cages and then butchered including snakes, dwarf crocodiles and monkeys as well as huge reptiles such as Nile monitors.

The activists also saw civets – a small nocturnal animal which looks similar to a badger – being sold at the market.

Civets were the species which carried the SARS coronavirus from bats to humans in China in 2002.

One of the theories about the origins of Covid-19 is that it first jumped from animals to humans in a filthy wet market in Wuhan.

In the Lagos market, one video shows an animal, later identified as a dog by vets due to the skull formation, being boiled alive in a tub of dirty water.

Another horrifying clip reveals a market trader skinning a baby crocodile with a knife, mercilessly removing the scales across the creature’s face. 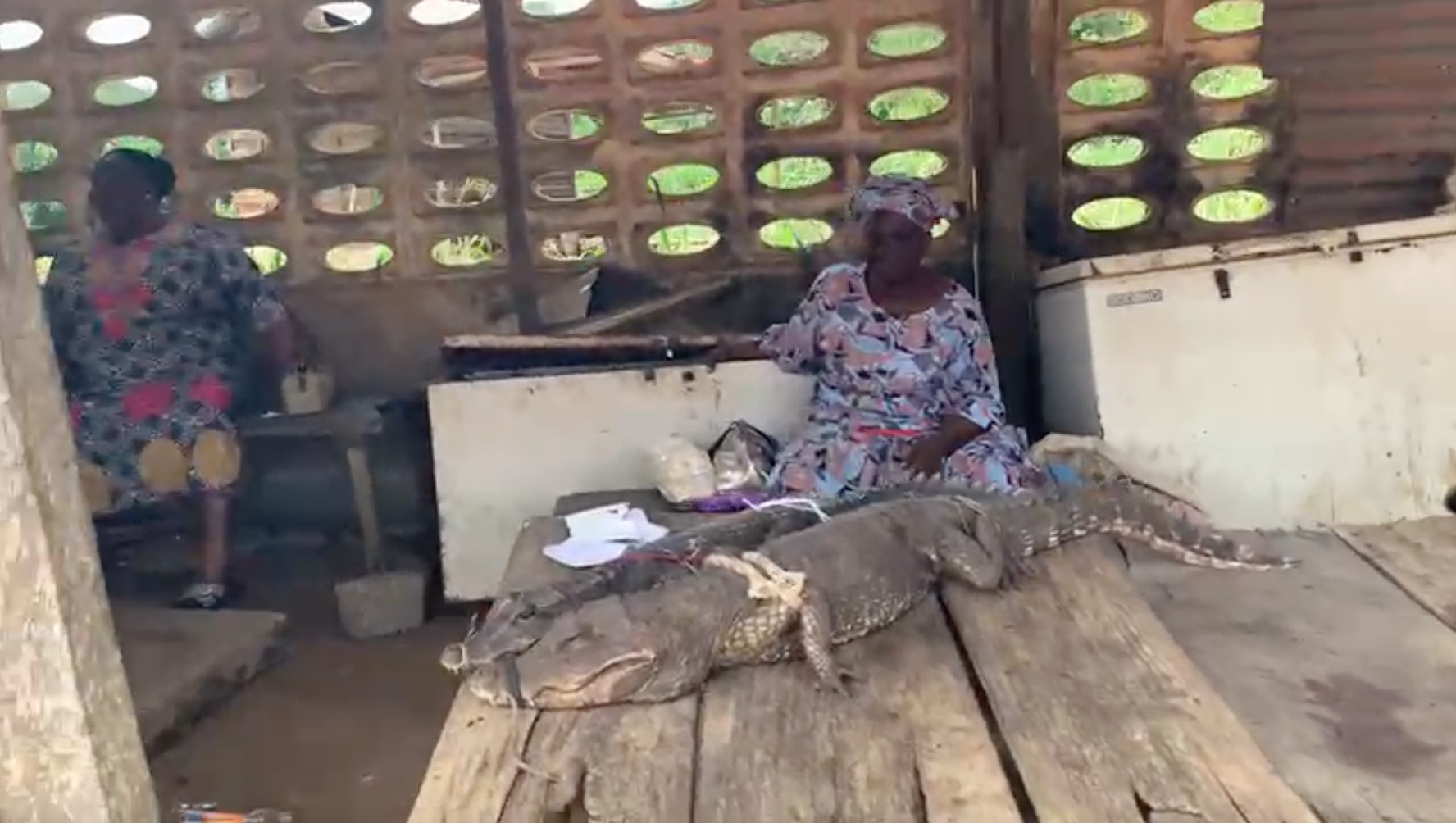 Crocodiles are sold for meat at the barbaric marketCredit: Jam Press 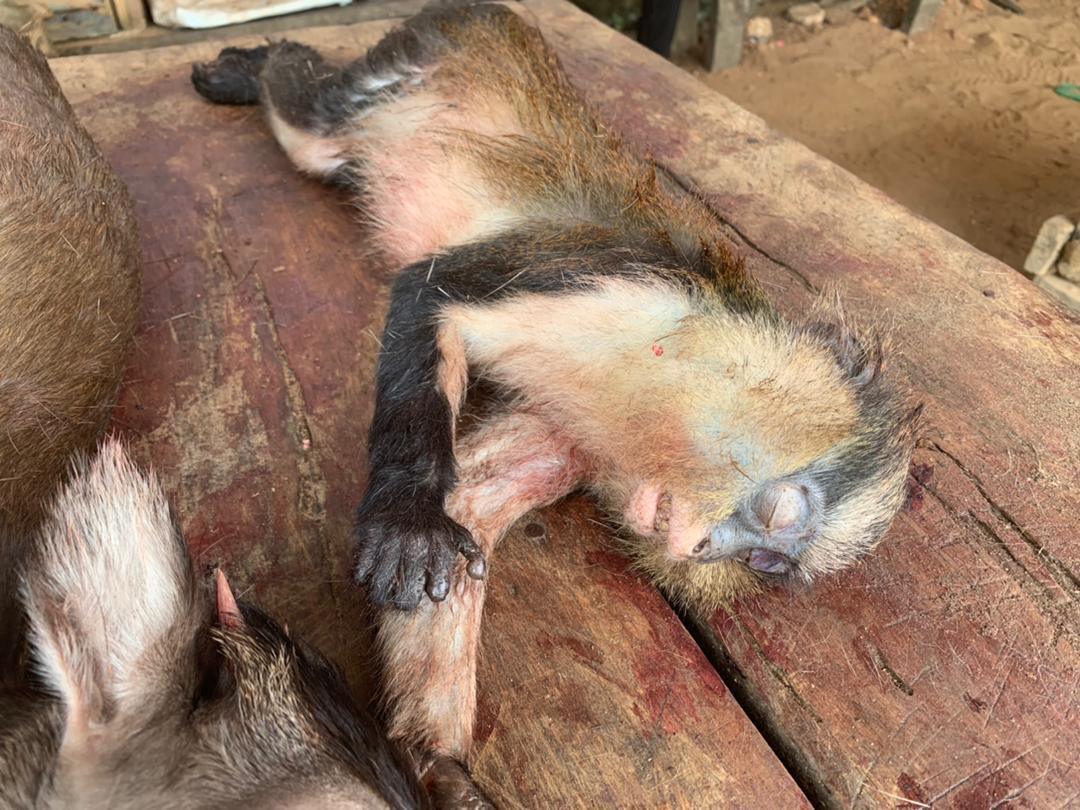 Monkeys are slaughtered with knives in front of shoppersCredit: Jam Press 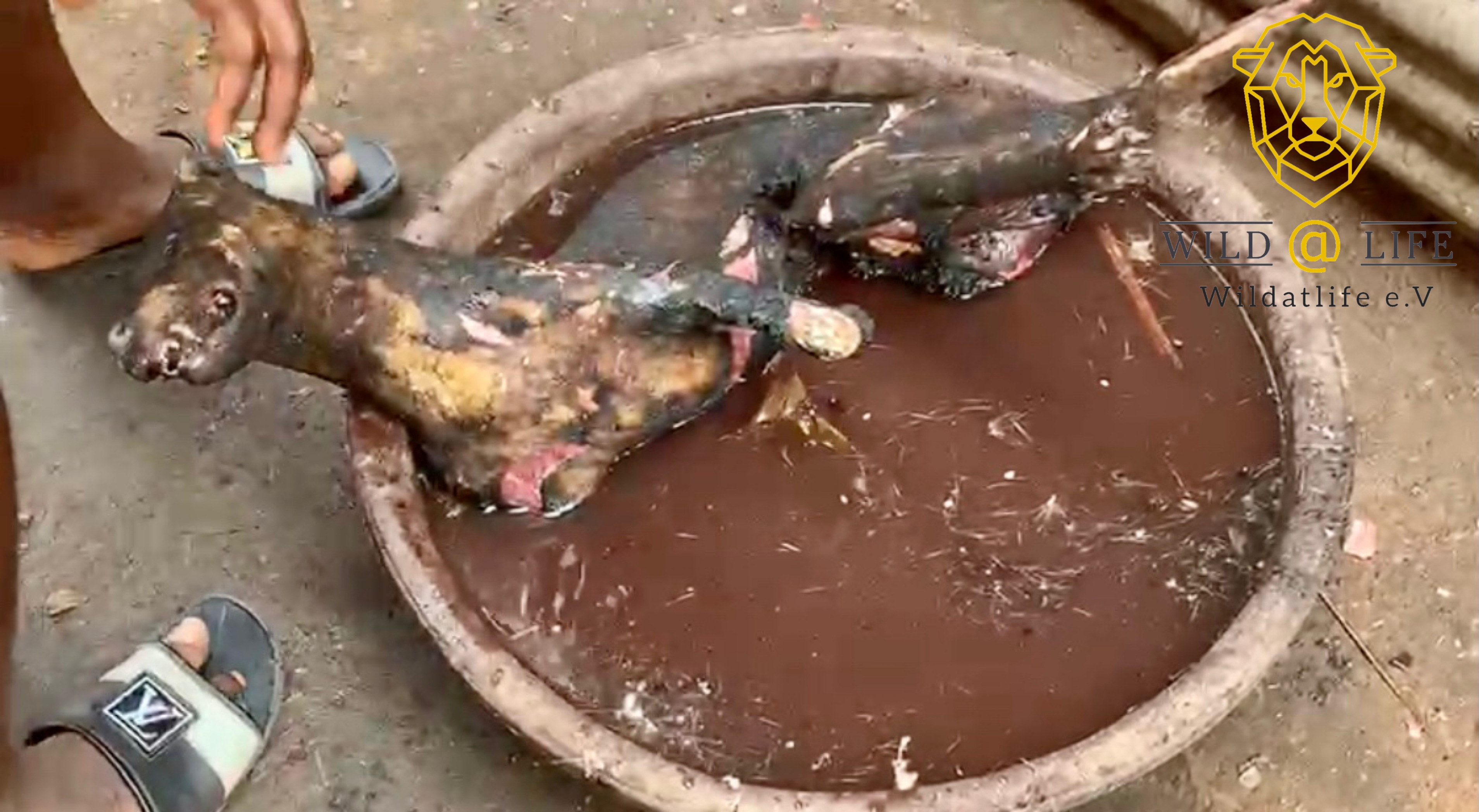 A dog was filmed being boiled alive in dirty waterCredit: Jam Press 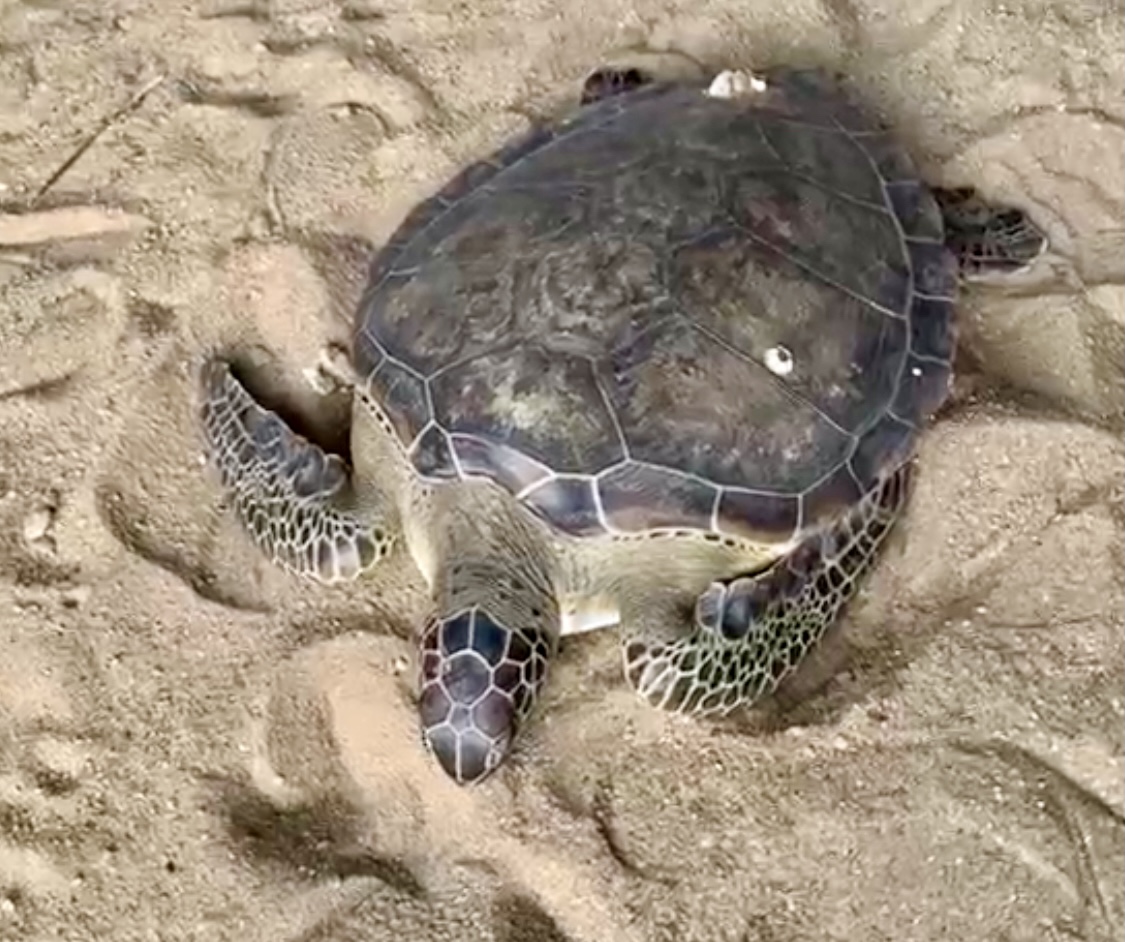 A sea turtle was rescued and released back into the oceanCredit: Jam Press

This comes after Boris Johnson suggested the “demented” practice of harvesting pangolin scales may have caused the Covid-19 outbreak.

He made the remarks in a virtual speech to the One Planet Summit, saying: “Like the original plague which struck the Greeks I seem to remember in book one of the Iliad, it is a zoonotic disease.

“It originates from bats or pangolins, from the demented belief that if you grind up the scales of a pangolin you will somehow become more potent or whatever it is people believe, it originates from this collision between mankind and the natural world and we’ve got to stop it.”

The WildatLife team managed to successfully rescue two freshly poached white-bellied pangolins and a sea turtle as they were about to be boiled alive.

The animals are now safe and recovering from the ordeal. They have been checked by a wildlife vet and will be released back into the ocean soon.

He said: “It’s not just China that has a taste for endangered species like pangolin and primates, and we hope our investigative footage will help us gain justice for critically endangered animals and stop wildlife crimes before it is too late for these threatened species.

“We must close wet markets internationally if we want to achieve a real balance with our planet and stop further pandemics from happening.” 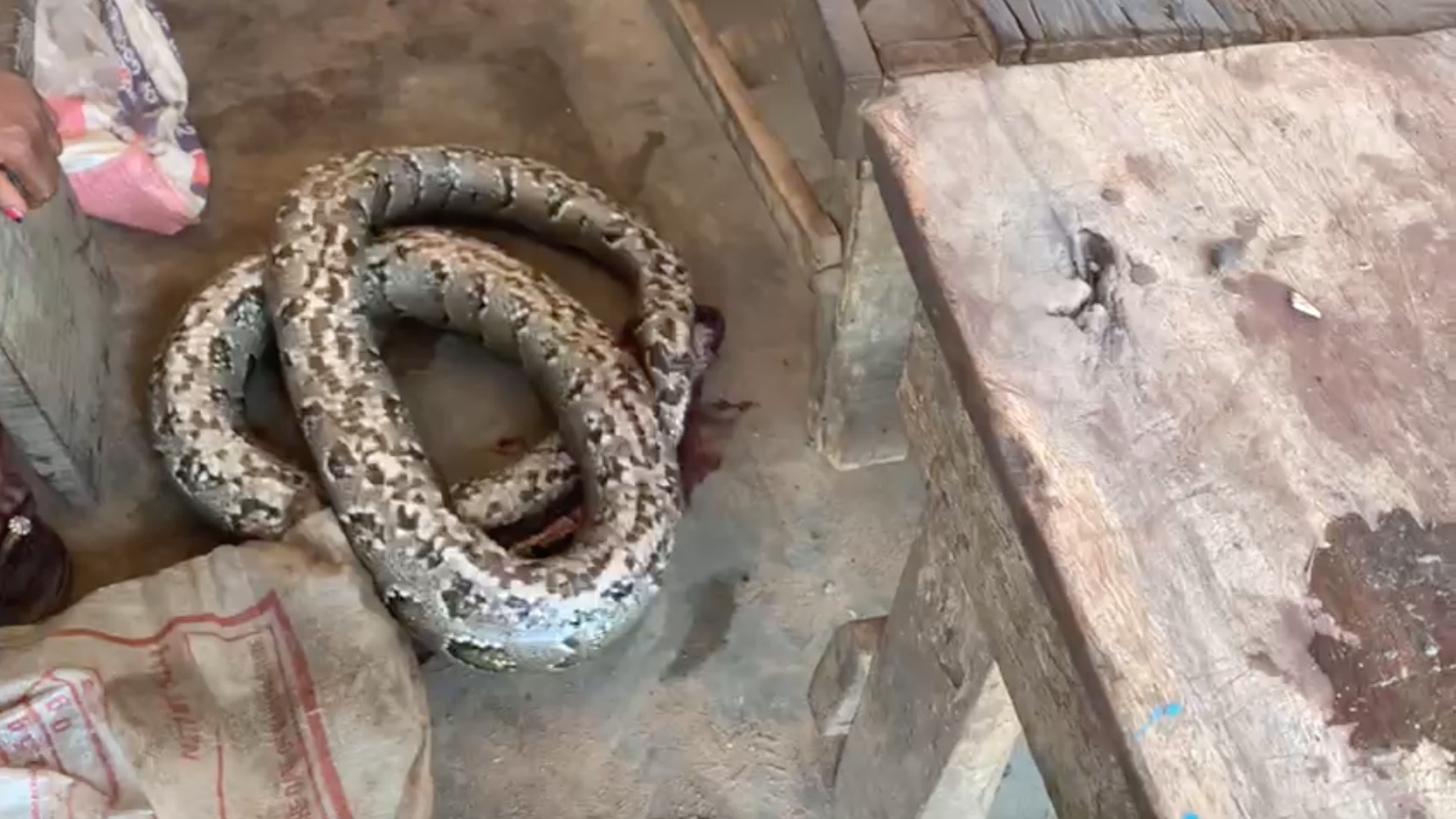 A dead snake is seen at the marketCredit: Jam Press 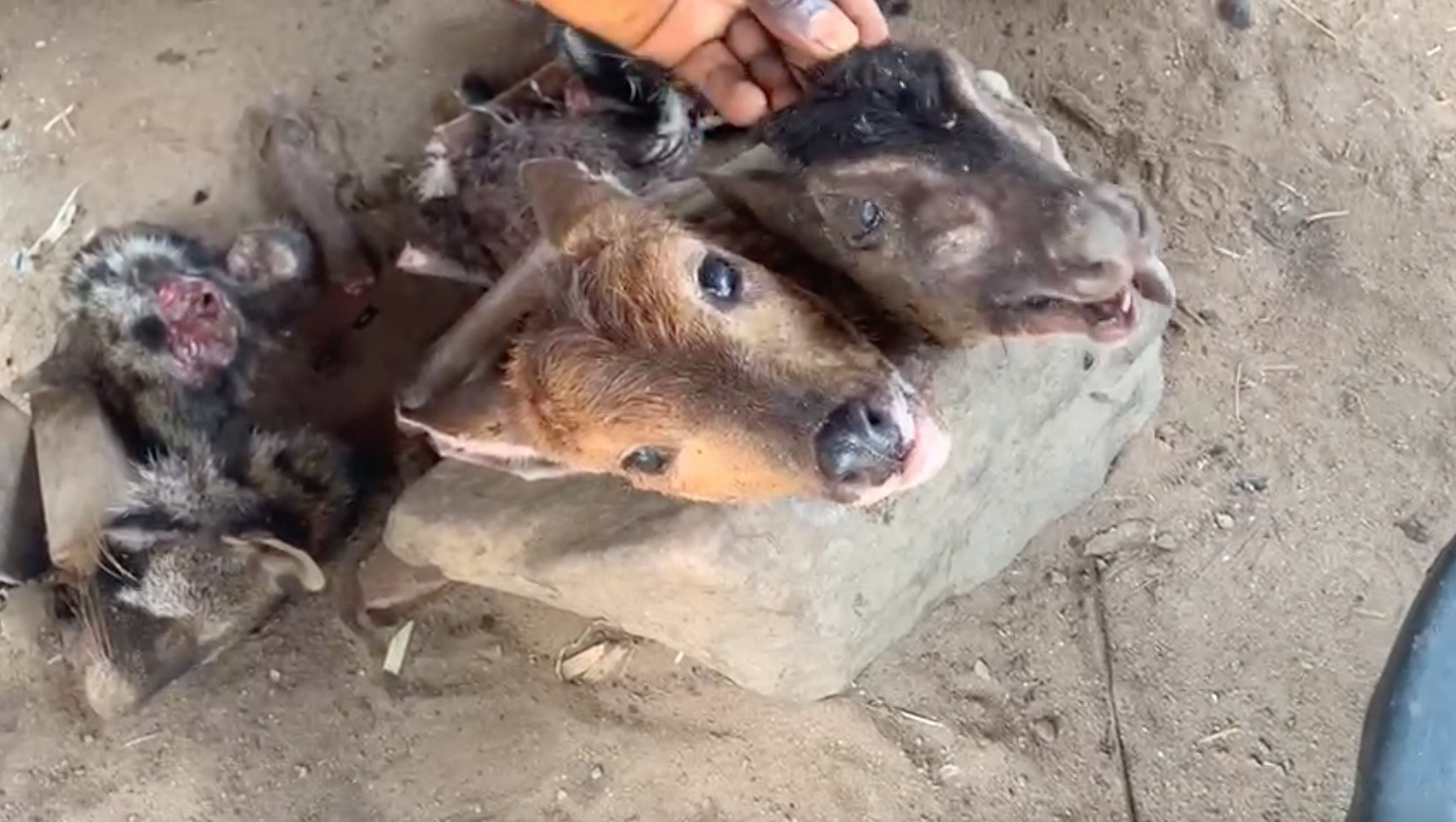 Piers Morgan’s conduct ‘being discussed by ITV’ after Twitter spat