THE Indian variant is now the UK’s dominant Covid strain – with cases doubling in the past week.

New data shows the mutation infections have soared by 5,472 in a week, with the total number of cases now at 12,431. 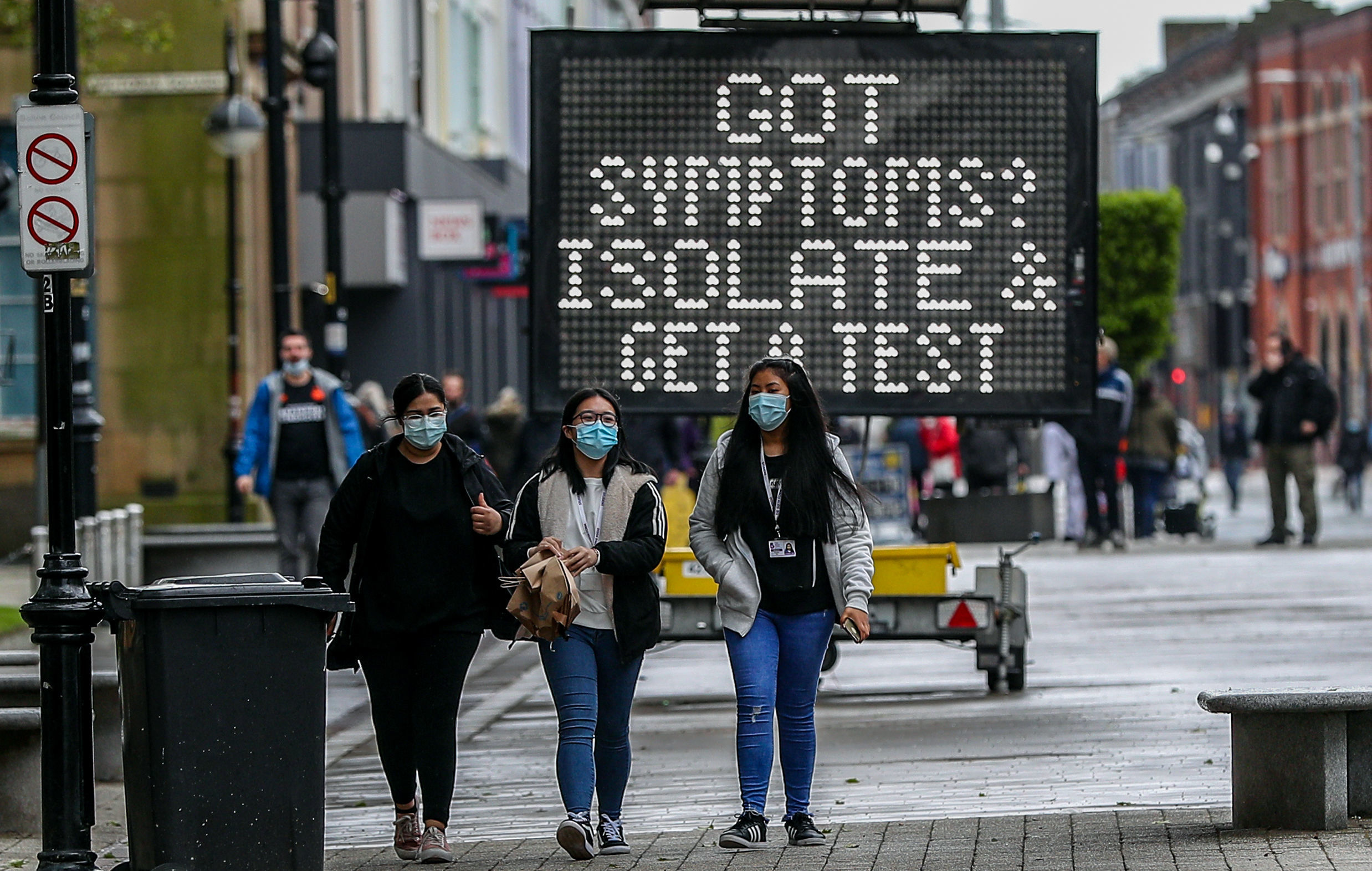 The most affected areas are still Bolton and Blackburn with Darwen.

There are encouraging signs that the transmission rate in Bolton has begun to fall and that the actions taken by residents and local authority teams have been successful in reducing spread.

It comes as ministers have revealed new fears over the “Nepal variant” – a mutation of the Indian variant which could evade vaccines.

Dr Jenny Harries, Chief Executive, UK Health Security Agency, said: “With this variant now dominant across the UK, it remains vital that we continue to exercise caution particularly while we learn more about transmission and health impacts.

“The way to tackle variants is to use the same measures to reduce the risk of transmission of Covid-19 we have used before.

“Work from home where you can, and practise hands, face, space, fresh air at all times.

“If you are eligible and have not already done so, please come forward to be vaccinated and make sure you get your second jab. It will save lives.”

The latest PHE data suggest that there have been 97 confirmed outbreaks in primary and secondary schools that have had at least one Indian variant case linked to them over the most recent 4-week period. This represents around 1 in 250 schools.

This afternoon Grant Shapps confirmed the “Nepal variant” – hours after the World Health Organisation slapped down reports of a new mutation.

It comes as Portugal was moved onto the “amber” list for Brits travelling abroad, over fears for the mutated variant.

Holiday hopes for thousands will have been dashed by the move, which Mr Shapps also said was driven by a rise in Covid cases in the popular summer spot.

He said: “I want to be straight with people – this is a difficult decision to make but in the end we’ve seen two things that’s caused concern. 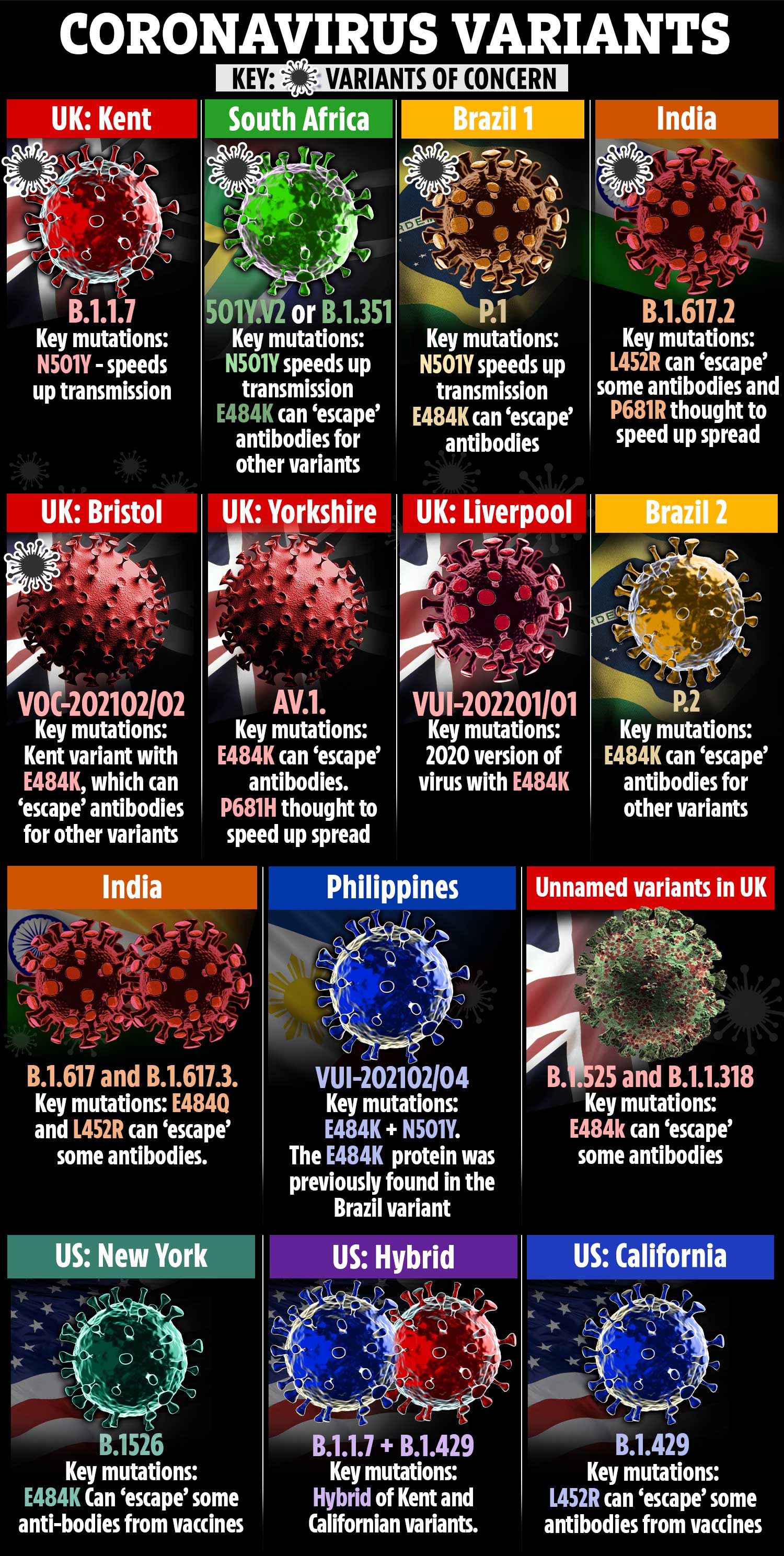 Covid variants have been given new names taken from the Greek alphabet, thanks to a new labelling system from the World Health Organisation (WHO).

Around 20 people have been found to have been infected with the mutated variant, the MailOnline reports.

Public Health England did not confirm UK numbers, but said today it has developed from the Indian variant with an element from the South African variant – which can evade vaccines.

Dr Jeff Barrett, Director of the Covid-19 Genomics Initiative at the Wellcome Sanger Institute, added: “There have been 91 sequences observed in the GISAID database of B.1.617.2 / Delta with an additional mutation: K417N.

“This mutation is present in B.1.351 / Beta, and is believed to be part of why that variant is less well neutralised by vaccines.

“Because of this possibility, and because Delta appears more transmissible than Beta, scientists are monitoring it carefully.

“This Delta+K417N has been seen in numerous countries, including the UK, Portugal, the USA, and India. 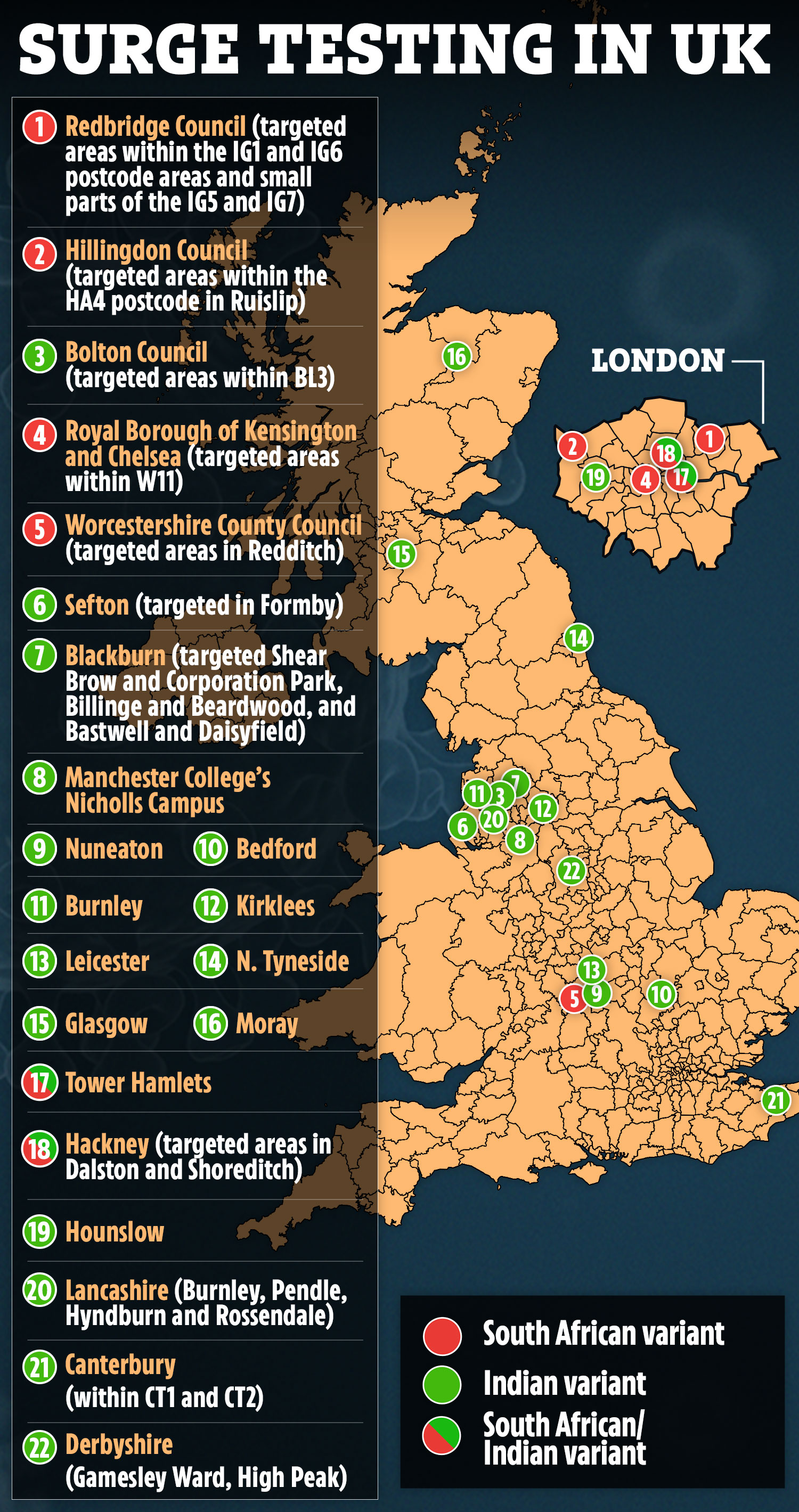