INDIA is fighting the “world’s worst” Covid outbreak as it suffered a record 314,385 new cases yesterday while a new “triple mutant” variant was detected.

The country, which has a population of 1.4 billion people, has given less than 10 per cent of its population its first vaccine shot despite administering 2.7m jabs every day. 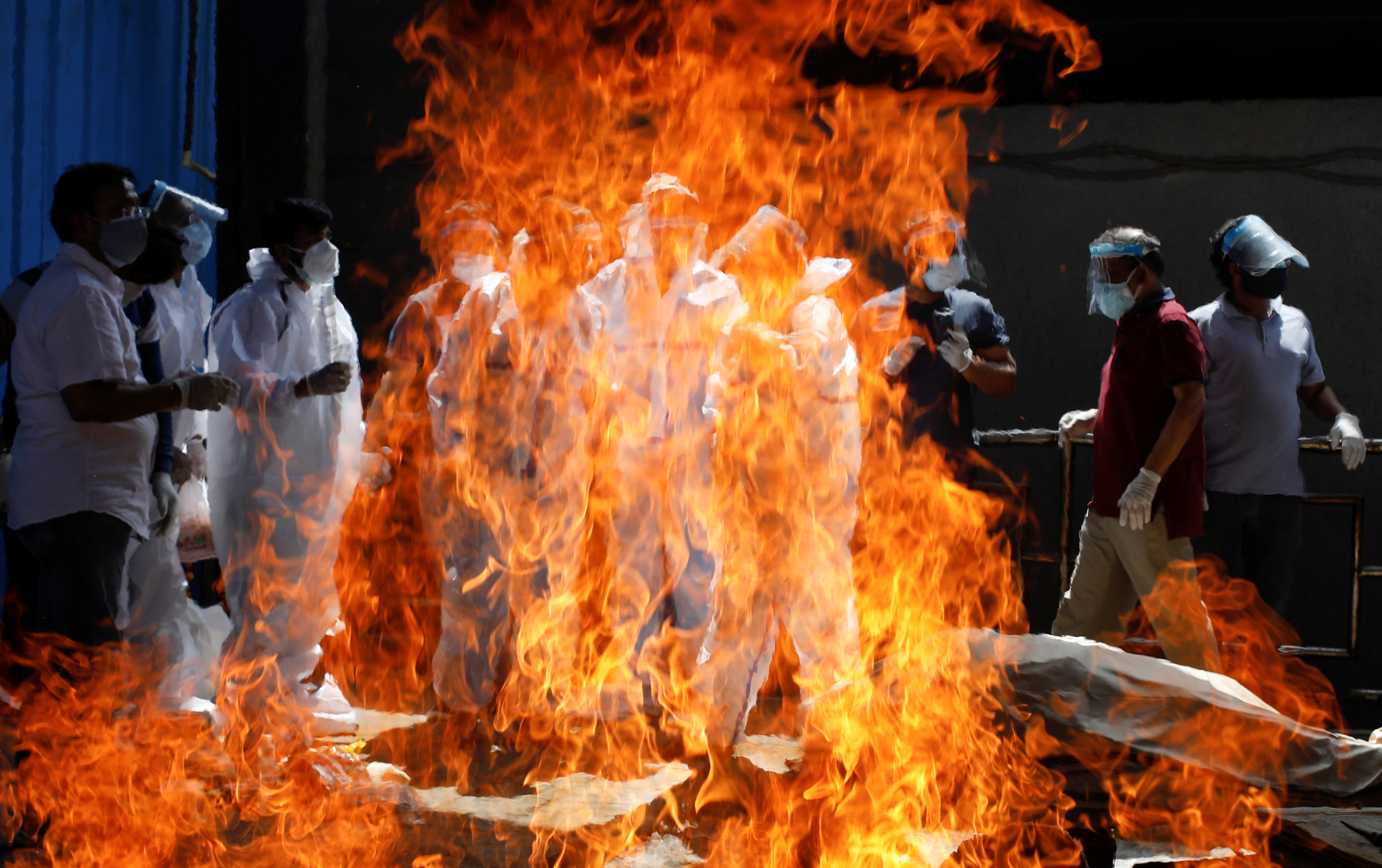 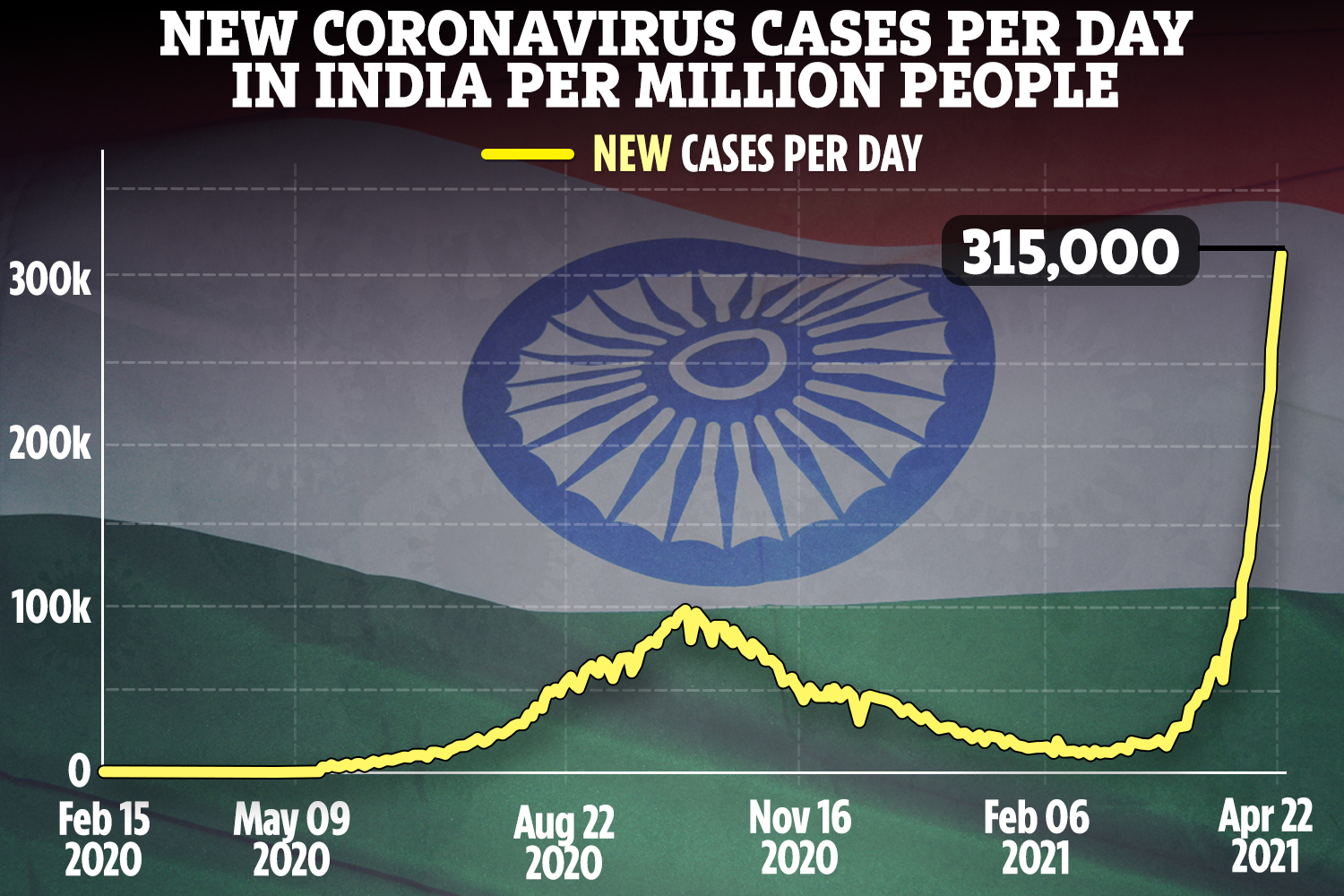 And the horrifying rise comes as India has detected a new “triple mutant” variant of Covid-19.

The crisis has led to headlines in the Indian press such as “world’s worst outbreak” after the country yesterday broke the world record for daily cases set by the US in January.

And an extreme shortage in oxygen has led the Health Ministry to urge hospitals to implement rationing.

Tanks of oxygen are being shuttled across the country to hotspots to keep up with the demand – but local officials have alleged that many have been intercepted by other states en route to be used to meet local needs.

The country was already battling a so-called “double mutant” strain meaning two variants had formed to create a new form of the disease.

But now experts say states like West Bengal, Maharashtra and Delhi are now fighting a triple mutation of the coronavirus, reports NDTV.

Professor Madhukar Pai, of McGill University, said: “This is a more transmissible variant. It is making lots of people sick very quickly.

“We have to keep tweaking vaccines. For that we need to understand the disease. But we need sequencing on war footing.”

Experts say the second wave surge is the result of India letting its guard down when cases fell in January.

Large gatherings including religious events and political rallies were permitted allowing the virus to spread like wild fire.

Doctors are now admitting that the healthcare system “has collapsed.” 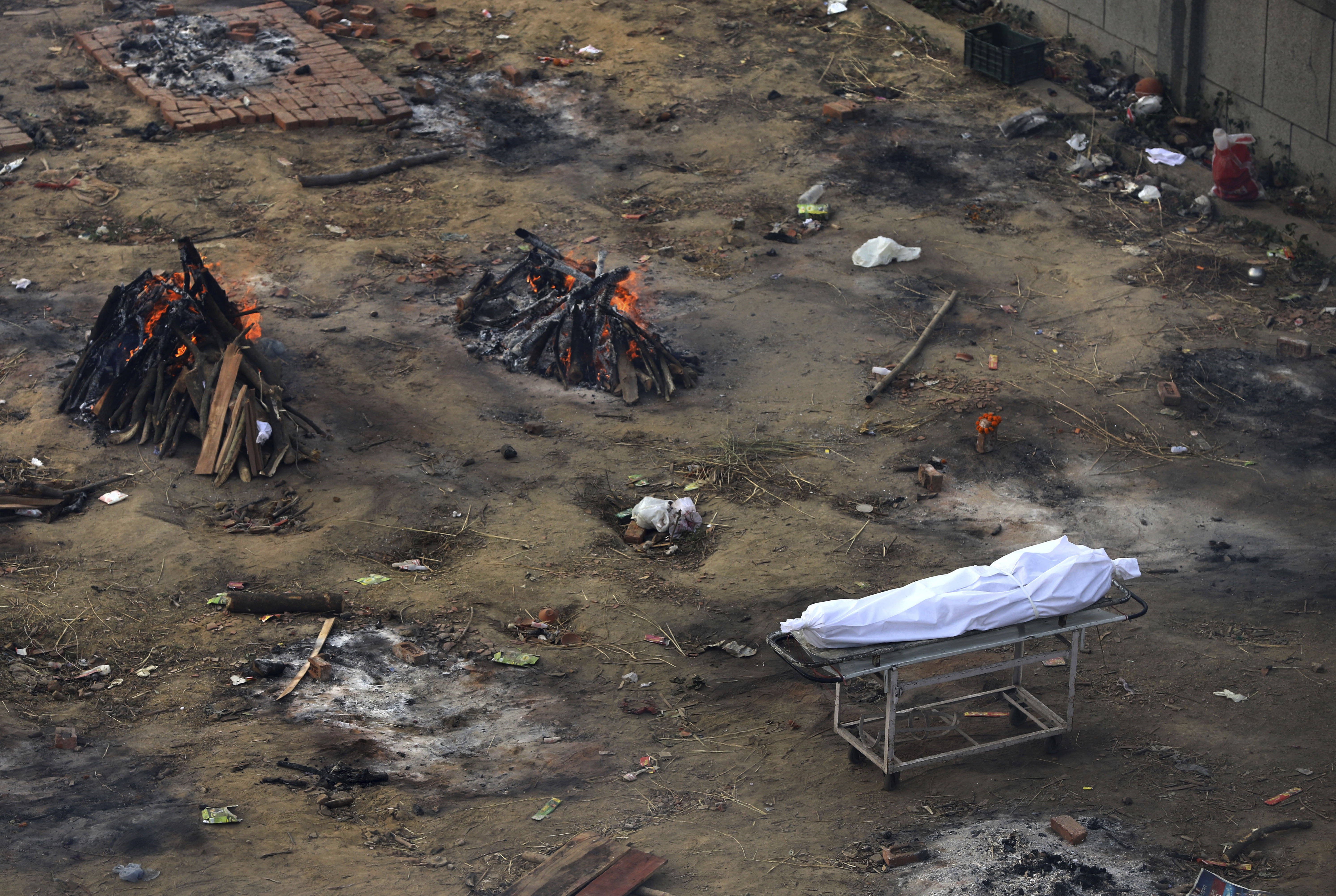 Covid victims are seen burning at a ground that has been converted into a crematorium in New DelhiCredit: AP 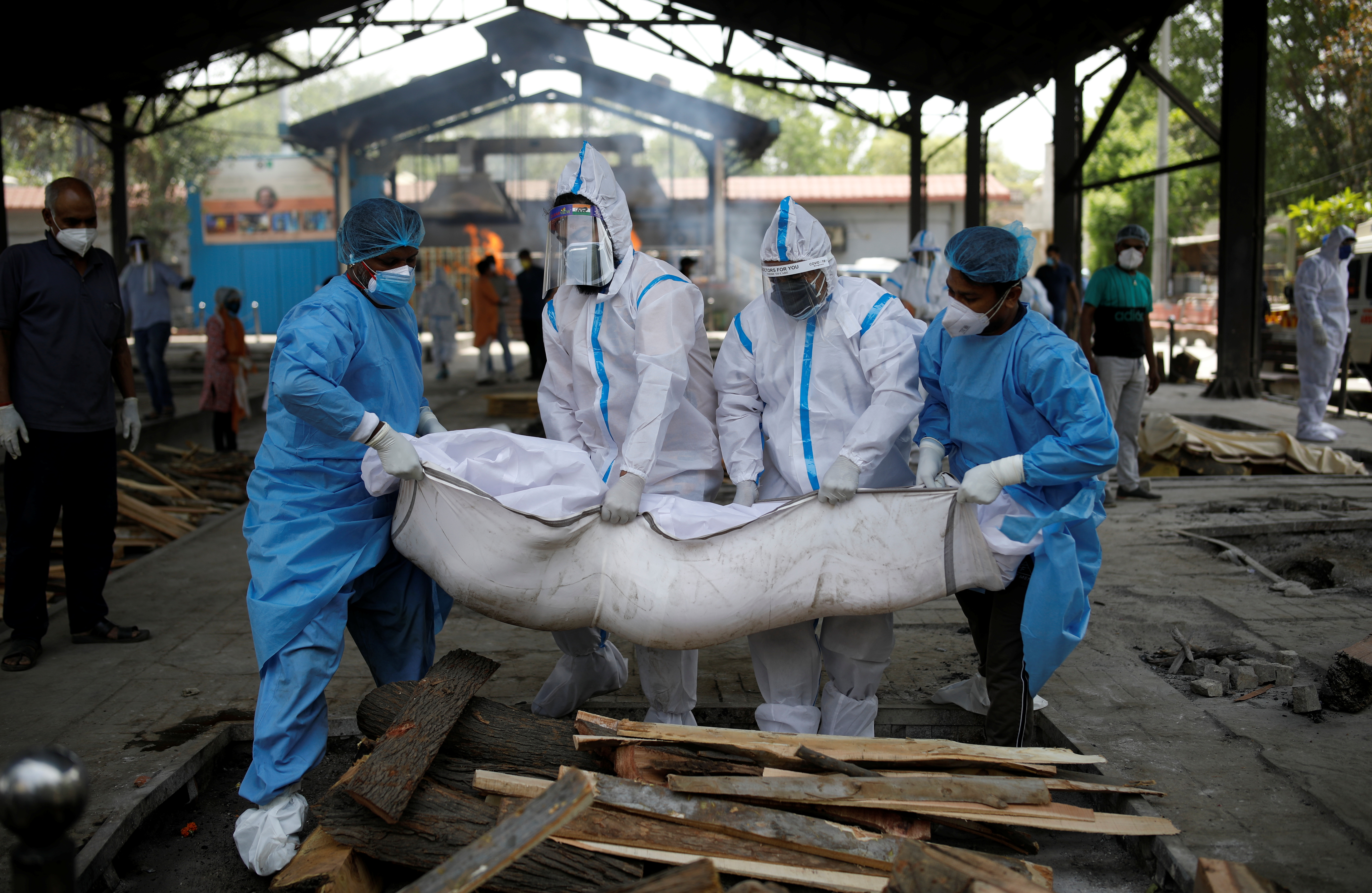 Health workers wearing PPE carry the body of a Covid victim at a crematoriumCredit: Reuters 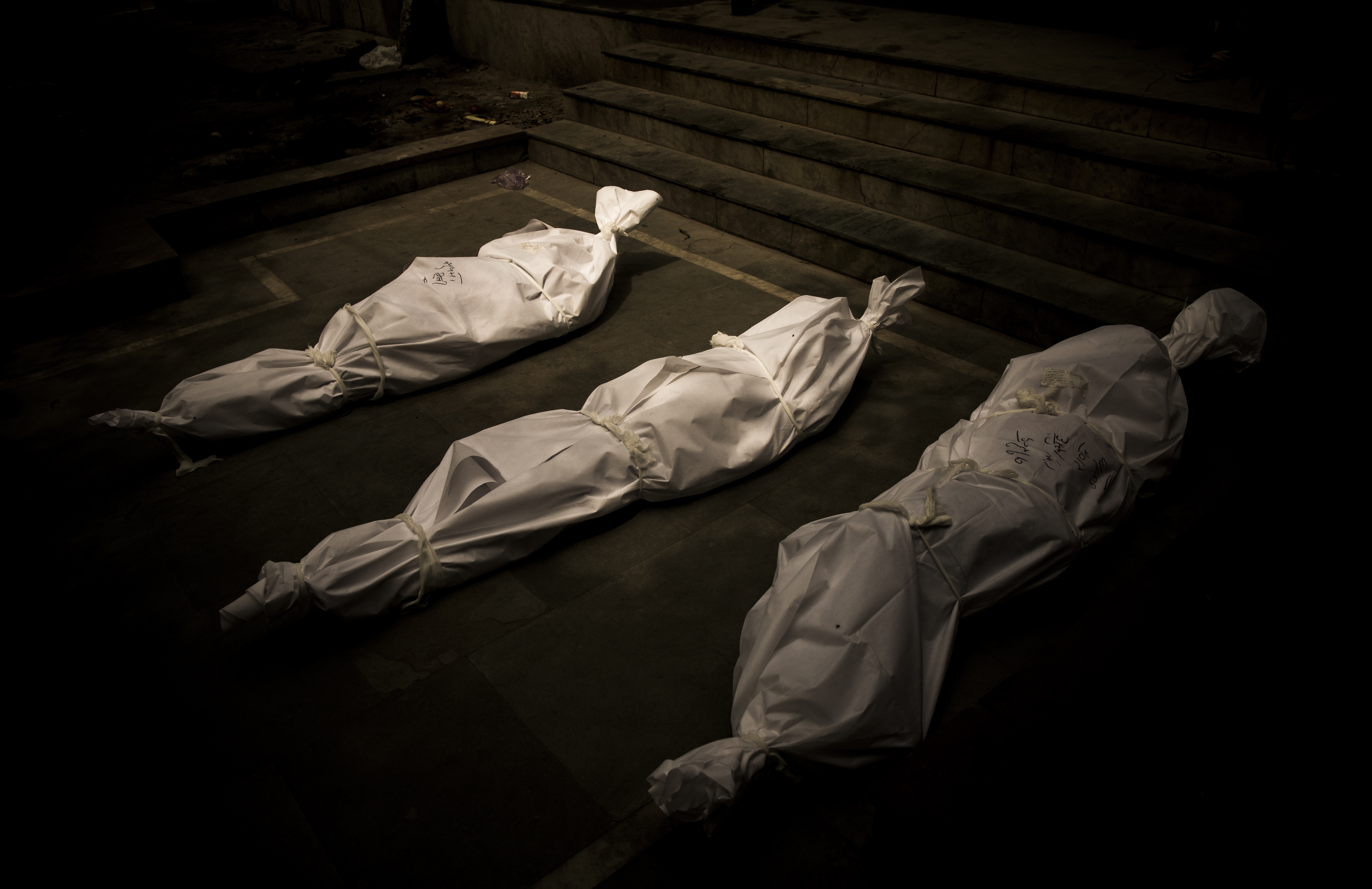 Dead bodies of patients who died of Covid are wrapped in protective coversCredit: Getty 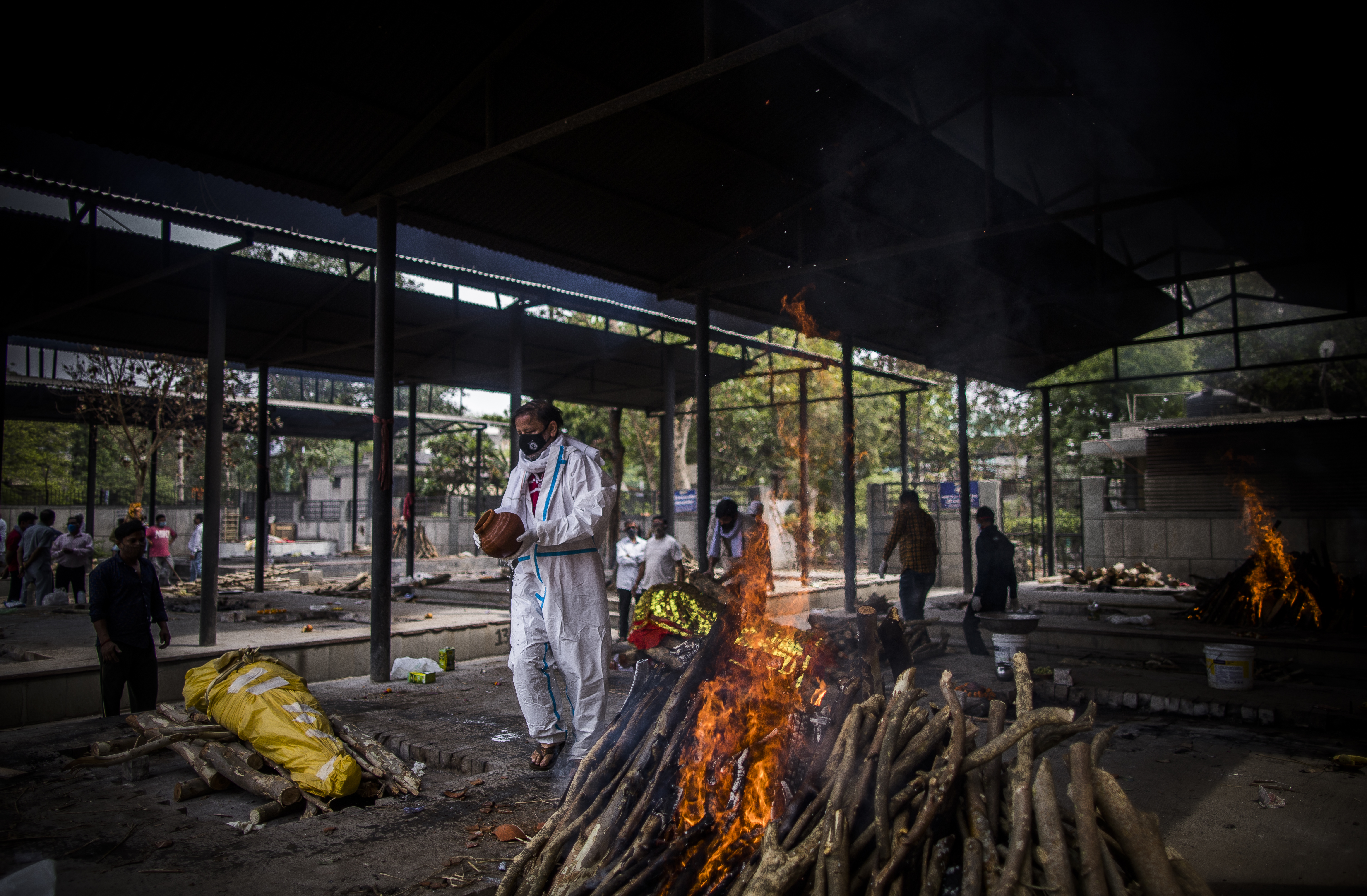 The latest wave has already overwhelmed hospitals and crematoriaCredit: Getty

Dr Jalil Parkar, of Lilavati hospital in Mumbai, said: “The whole healthcare system has collapsed and doctors are exhausted.

Cases dipped for 30 consecutive weeks before starting to rise in mid-February and experts say the country failed to seize the opportunity to improve healthcare infrastructure and aggressively vaccinate.

“We were so close to success”, said Bhramar Mukherjee, a biostatistician at the University of Michigan who has been tracking India’s pandemic.

“Despite warnings and advice that precautions were needed, authorities were unprepared for the magnitude of the surge”, said K Srinath Reddy, president of the Public Health Foundation of India.

Officially, more than 180,000 Indians have died from coronavirus although some believe the real number may be higher.

Intensive care units are full with nearly all ventilators are in use and the dead are piling up at graveyards and crematoriums. 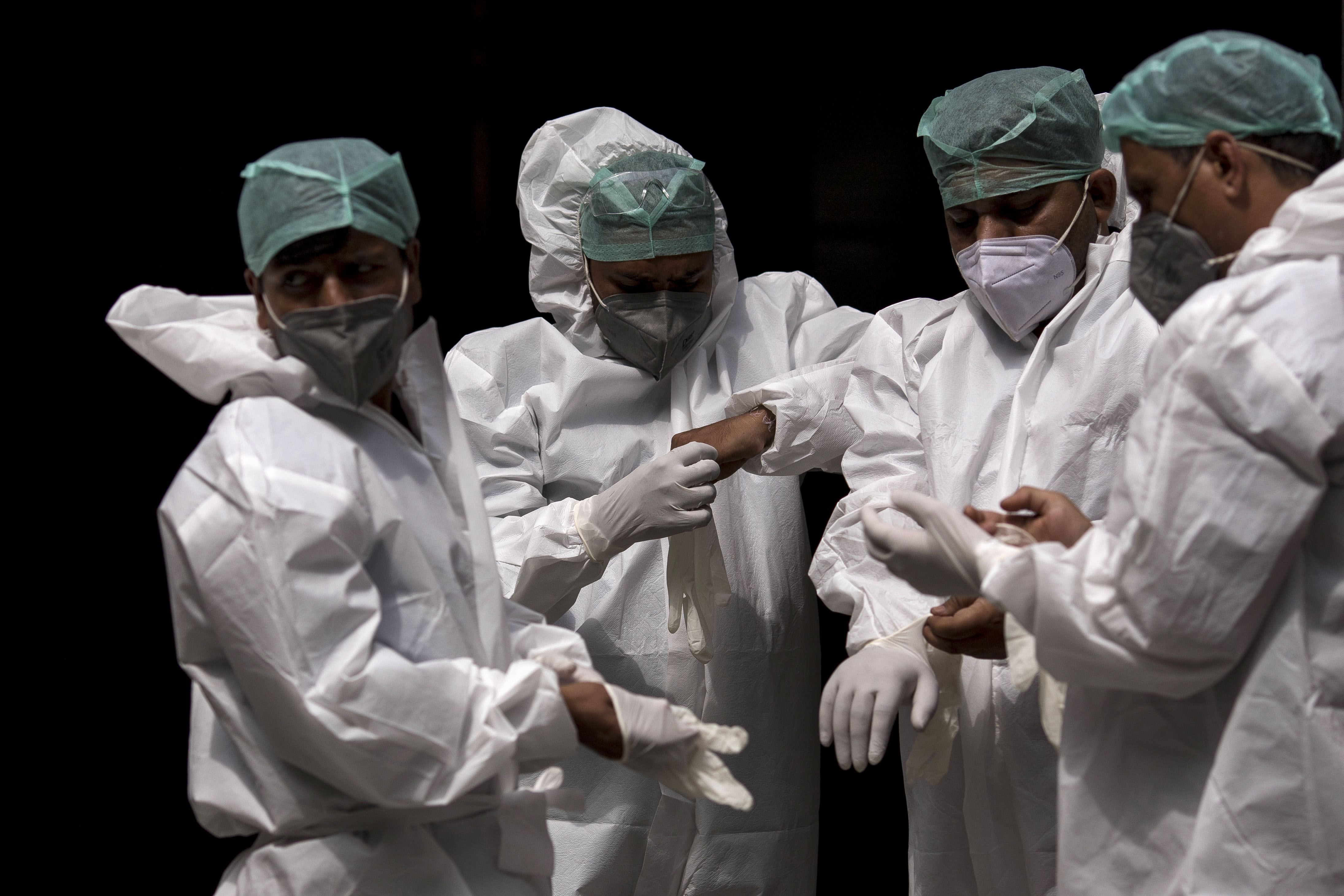 The number of virus cases in the country has been skyrocketingCredit: Getty 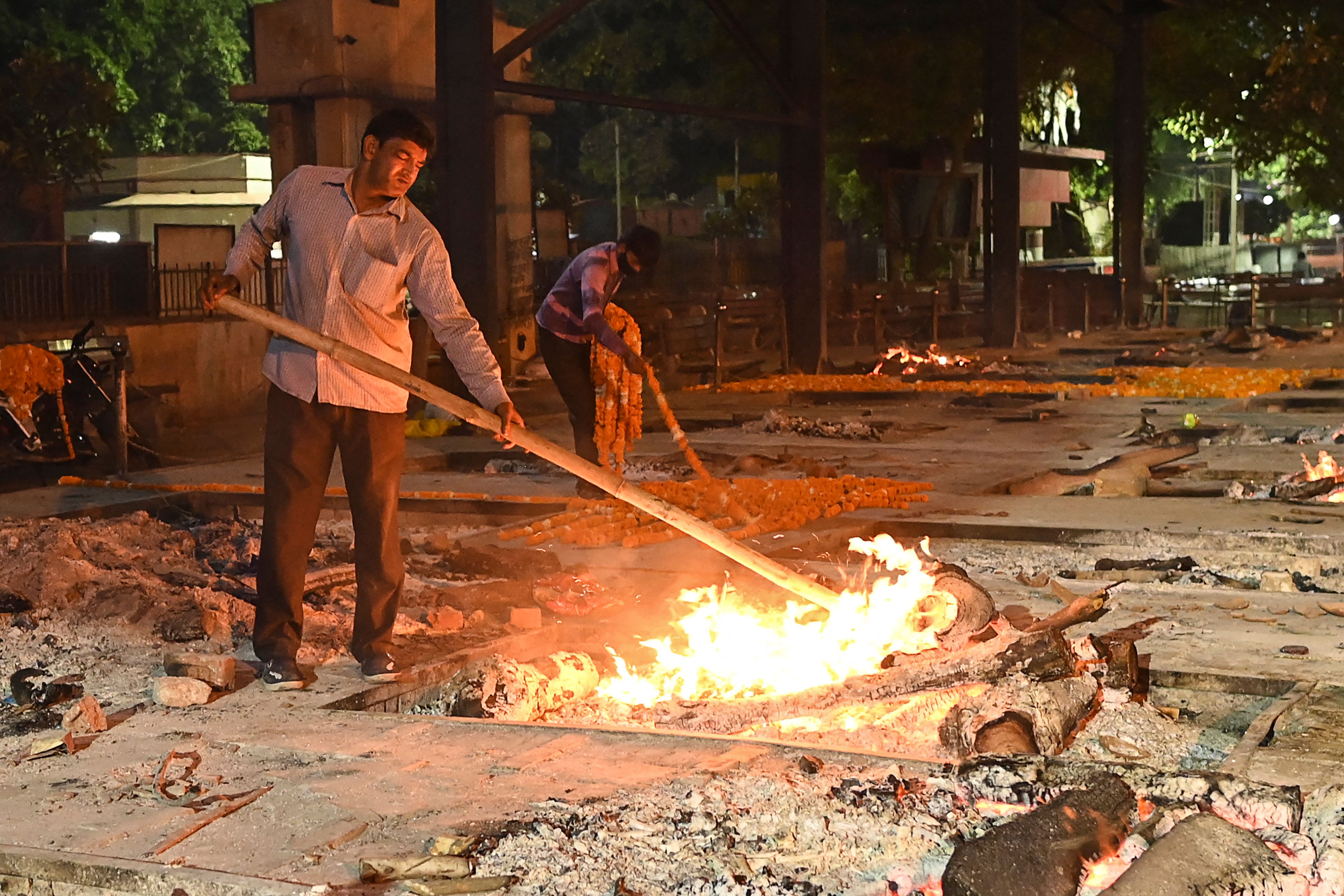 More than 180,000 Indians have died from CovidCredit: AFP 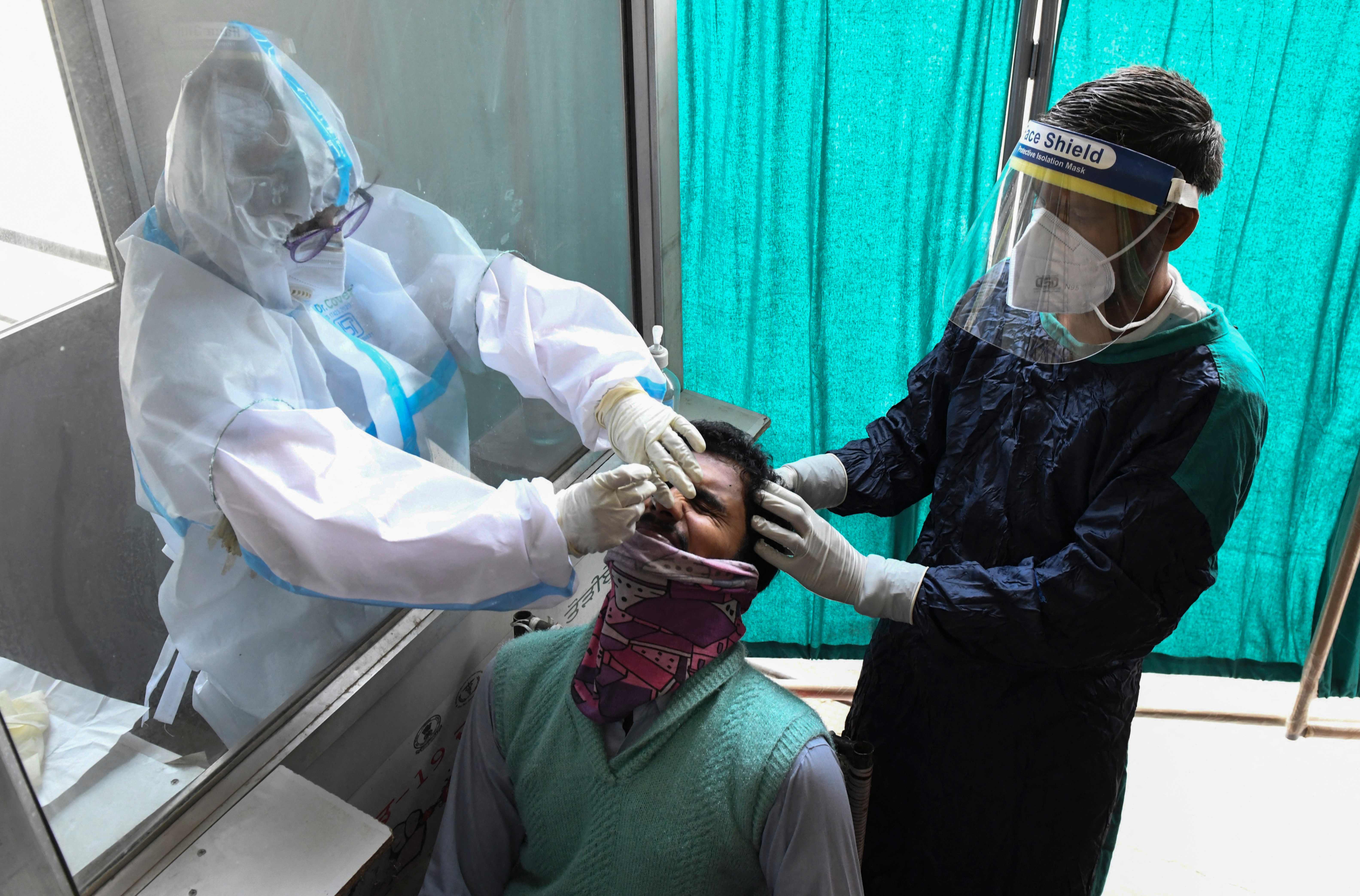 The country is a major vaccine producer but has struggled to inoculate its vast populationCredit: AFP 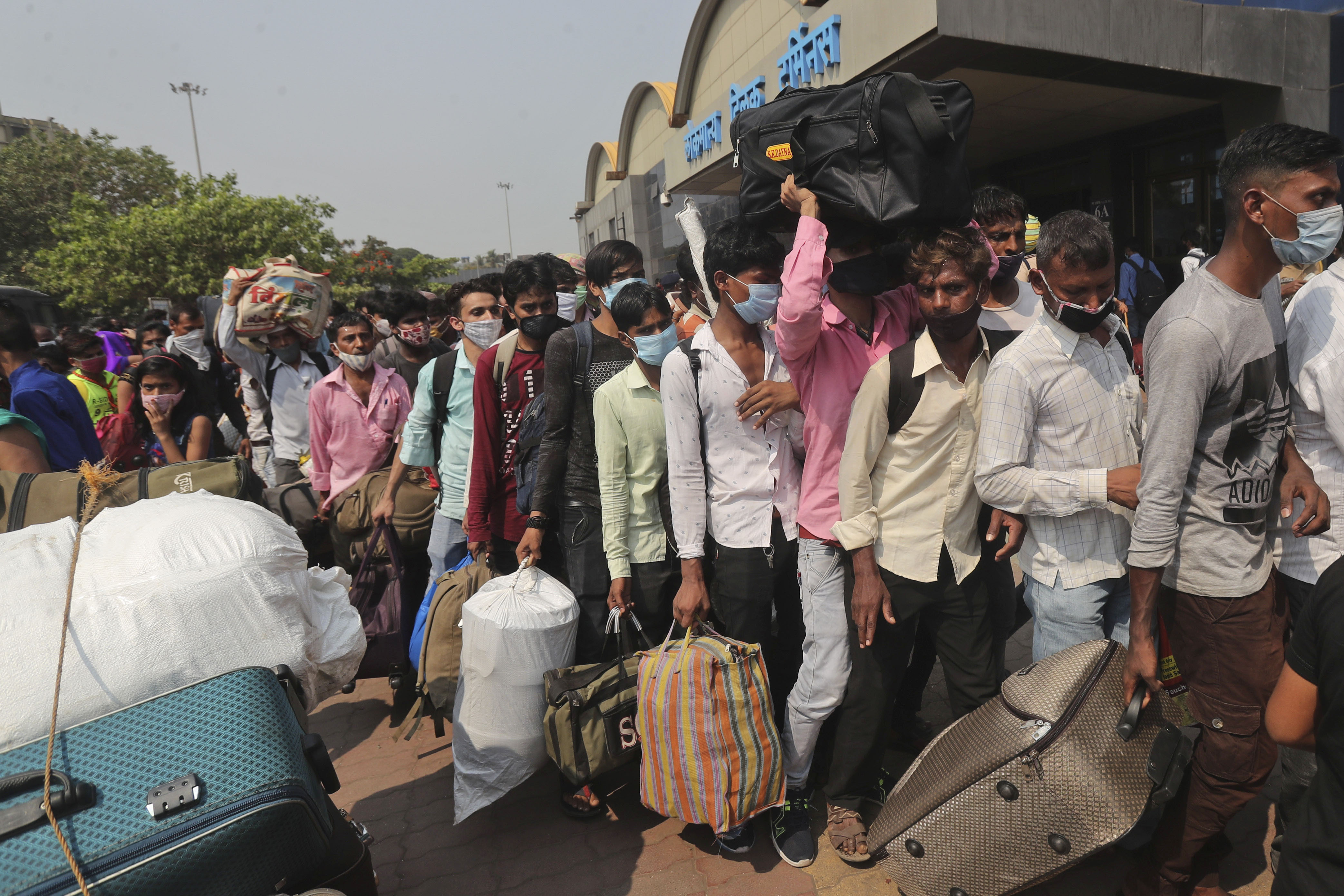 Experts say India eased restrictions too quickly at the start of the year. Passengers waiting for trains are pictured in MumbaiCredit: AP

In the western state of Gujarat, many crematoriums are operating around the clock with three to four times more bodies than normal.

The chimney of one electric furnace in Ahmedabad cracked and collapsed after being in constant use for up to 20 hours every day for the past two weeks.

India is faced with the massive challenge of trying to prevent its health care system from further collapse until enough people can be vaccinated to significantly reduce the flow of patients.

The good news is that India is a major vaccine producer, but even after halting large exports of vaccines in March to divert them to domestic use, there are still questions of whether manufactures can produce enough fast enough.

“Vaccination is one way to slow down the spread but this really depends on the speed and availability of the shots”, said Reddy of the Public Health Foundation.

Already several states have said they have shortages in vaccines although the federal government has denied this.

India said last week it would allow the use of all Covid jabs that have been greenlit by the World Health Organization or regulators in the United States, Europe, Britain or Japan.

On Monday, it said it would soon expand its vaccination scheme from people aged 45 to include all adults, some 900 million people.

Meanwhile, Reddy said some states have had to implement new lockdowns but long-term, it was up to individuals as well to do their part.

He said: “As a society, it’s crucial that we maintain public health measures like masking, physical distancing and avoiding crowds.”