PICTURES show the Inauguration Day 2021 seating revealed – and Joe Biden’s crowd will be much smaller than Donald Trump’s due to Covid.

The seating plan was shown in pictures days before Biden is set to be inaugurated and sworn into office on January 20. 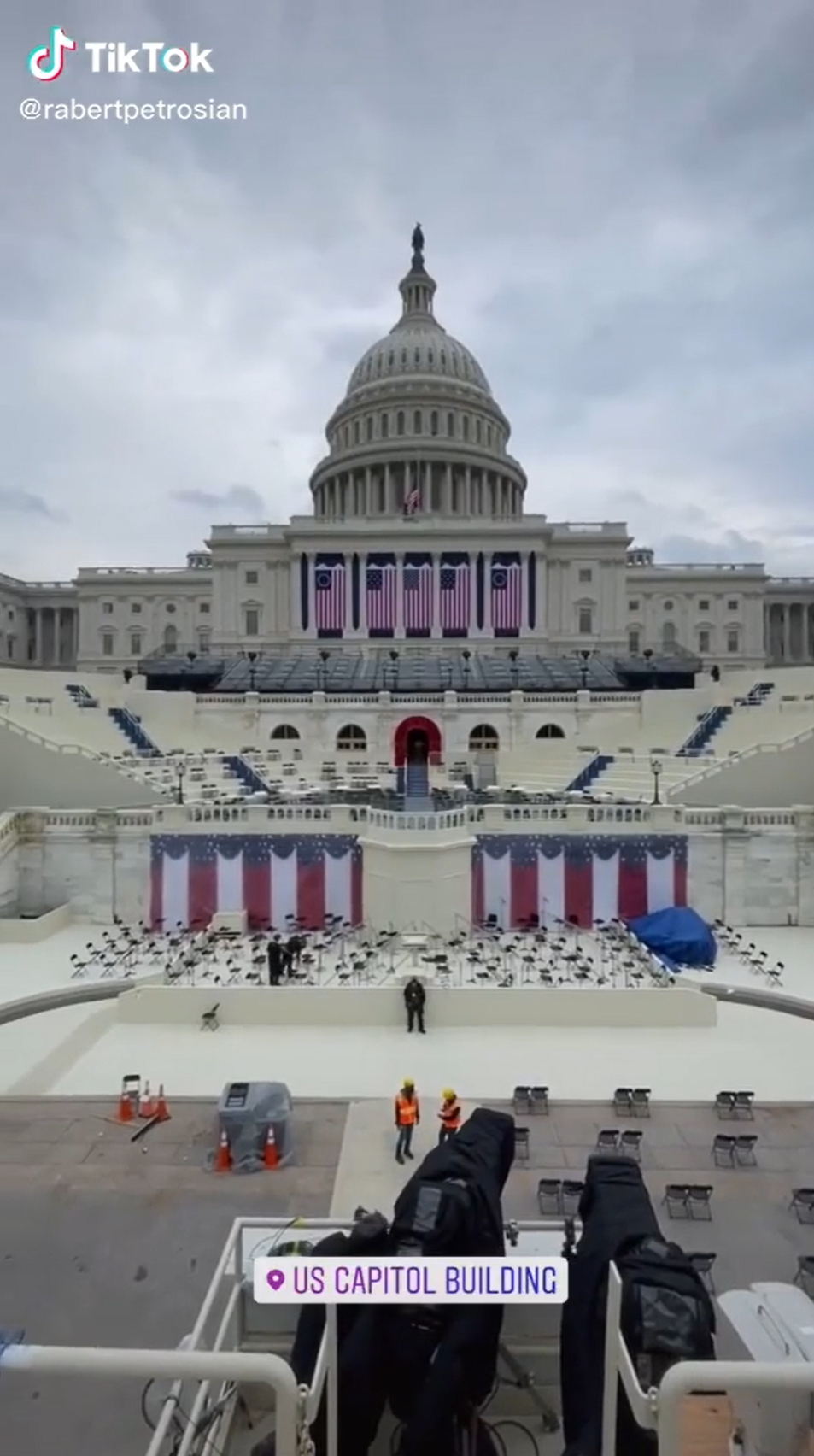 Chairs are seen socially distanced outside the US CapitolCredit: TikTok 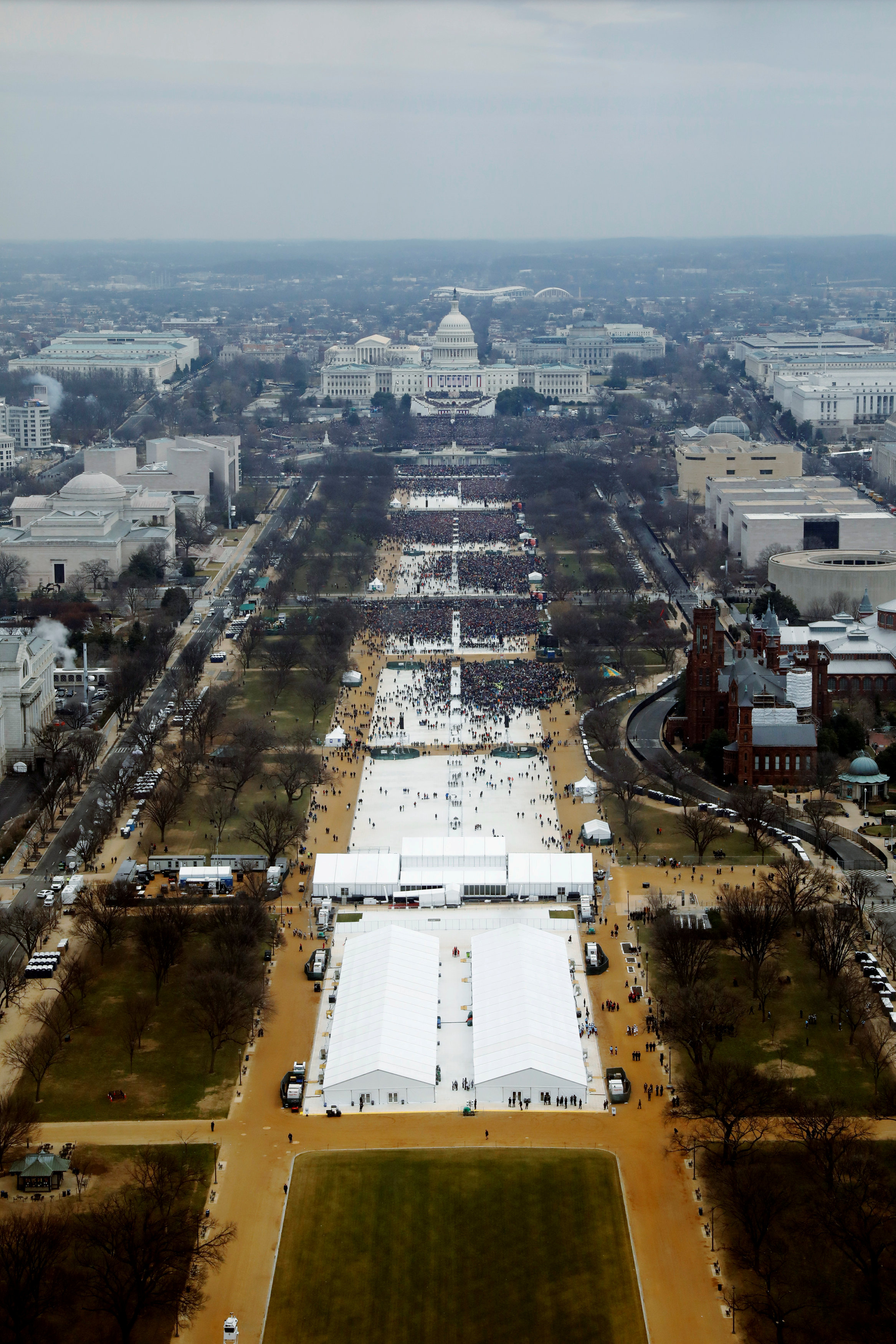 Crowds are seen packed together at Donald Trump’s inauguration on January 20, 2017Credit: Reuters 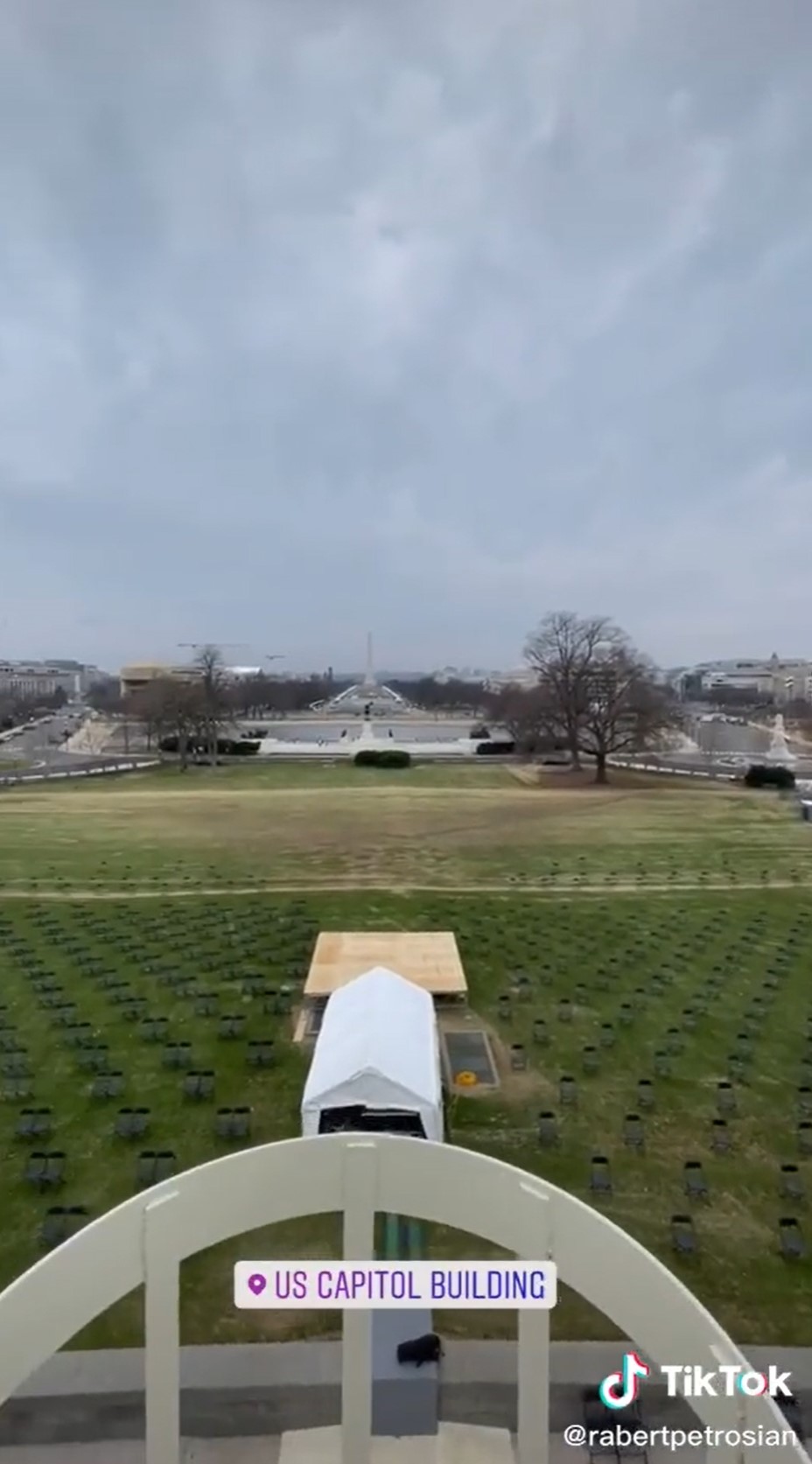 Crowds will be much smaller than previous years due to the coronavirus pandemicCredit: TikTok

In December, the Joint Congressional Committee on Inaugural Ceremonies laid out guidelines for the ceremony, to take place on the West Front of the US Capitol in Washington DC.

Although around 200,000 tickets would normally be sent out, the JCCIC said due to the coronavirus pandemic, they would have to limit numbers at Biden’s ceremony.

Just the Members of the 117th Congress – totaling 100 Senators and 435 Reps – would be allowed to attend, along with a plus one for each.

This places limits of around 10,070 guests at the event. 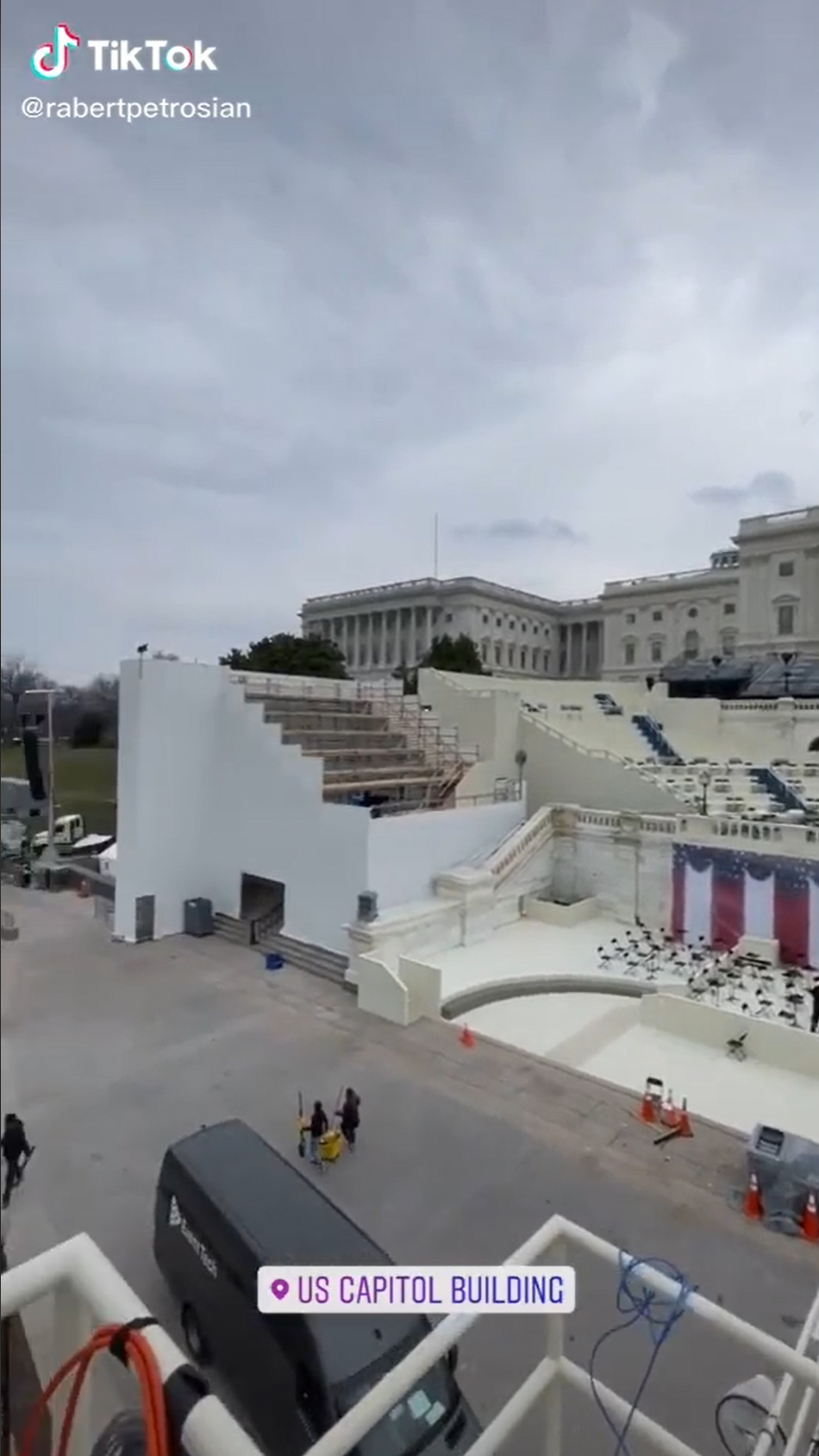 Temporary stands are seen set up at the Capitol ahead of the eventsCredit: TikTok 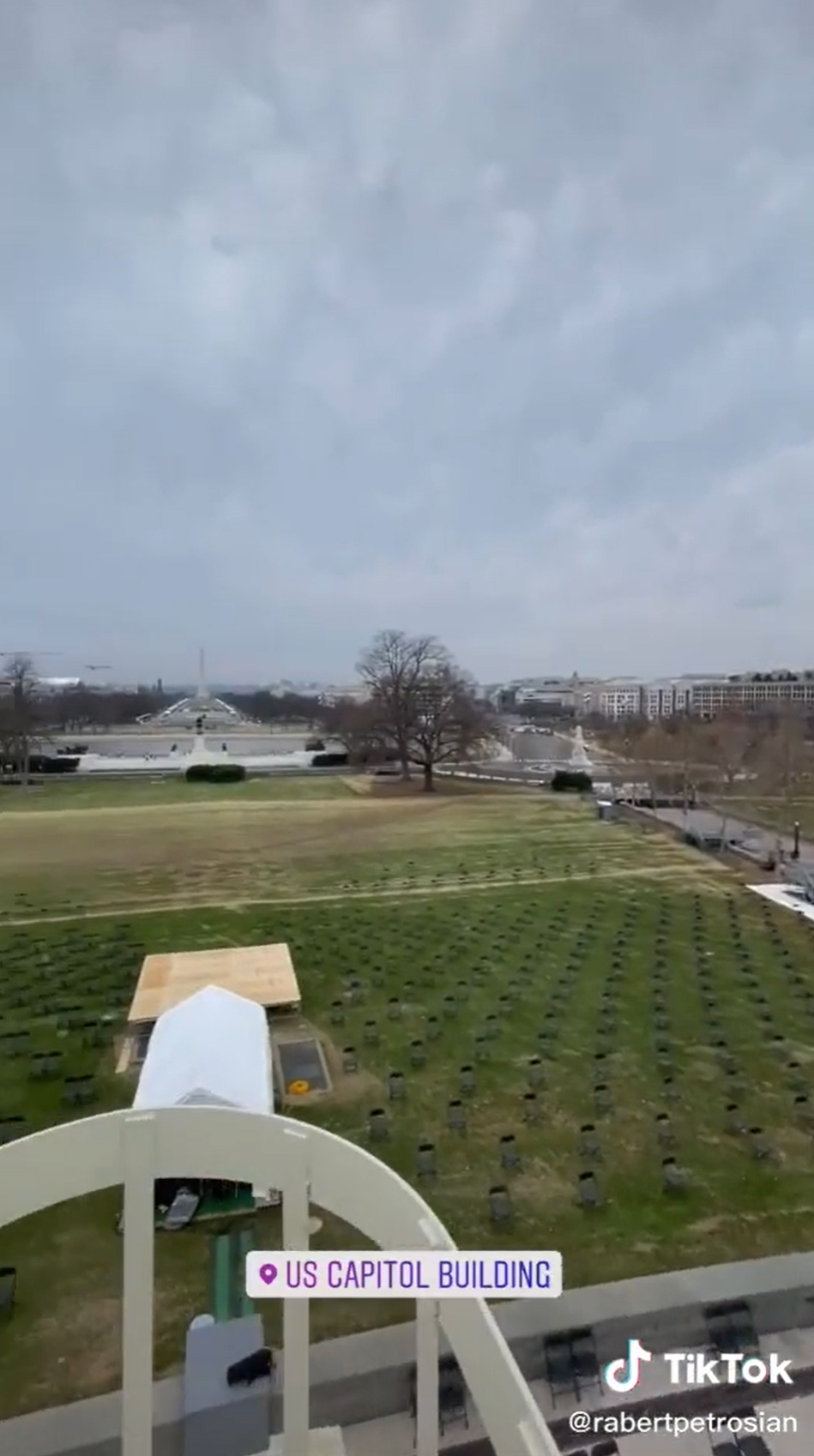 Only members of the 117th Congress and a plus one will be allowed to attend the eventCredit: TikTok 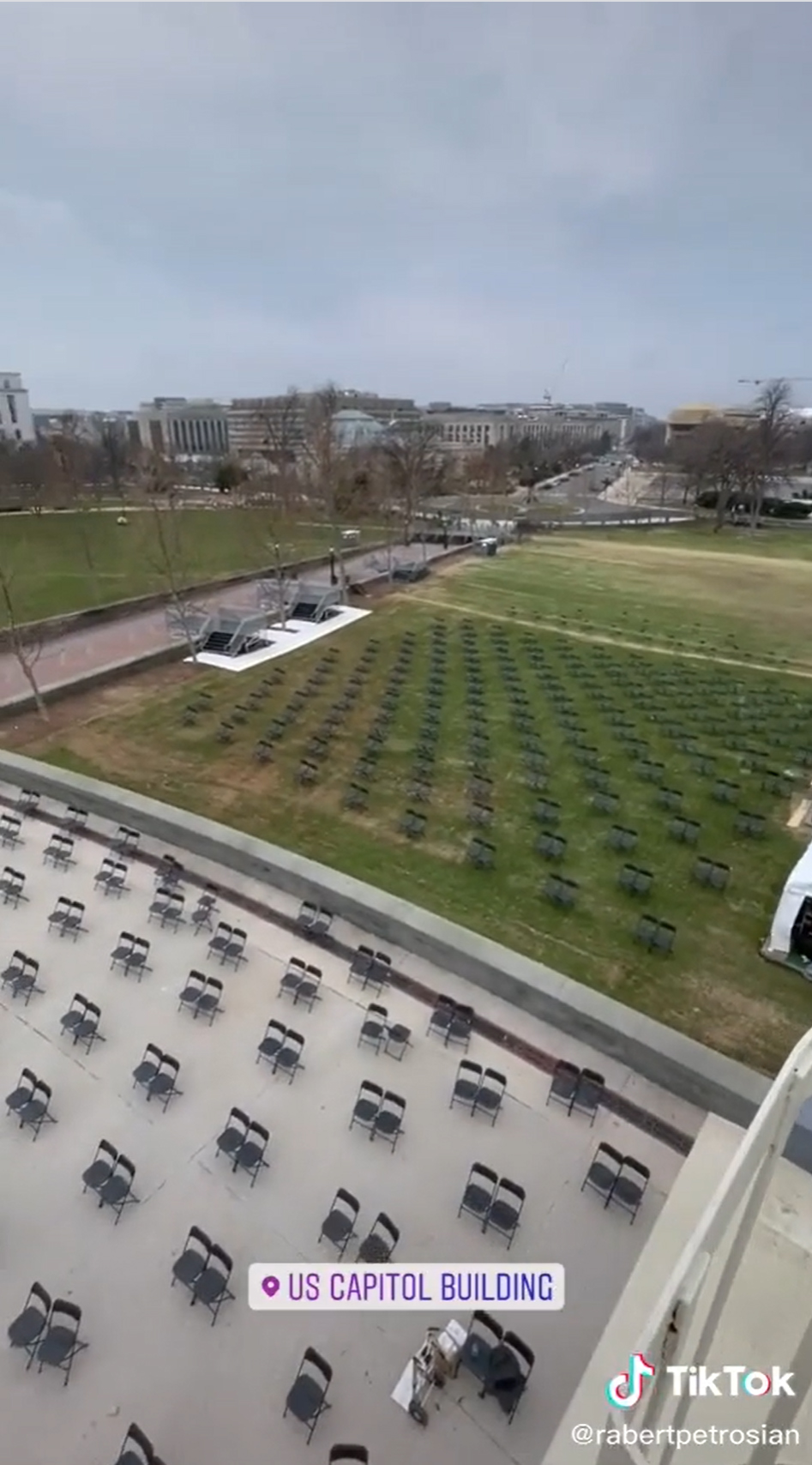 Just over 1,000 people will attend the eventCredit: TikTok 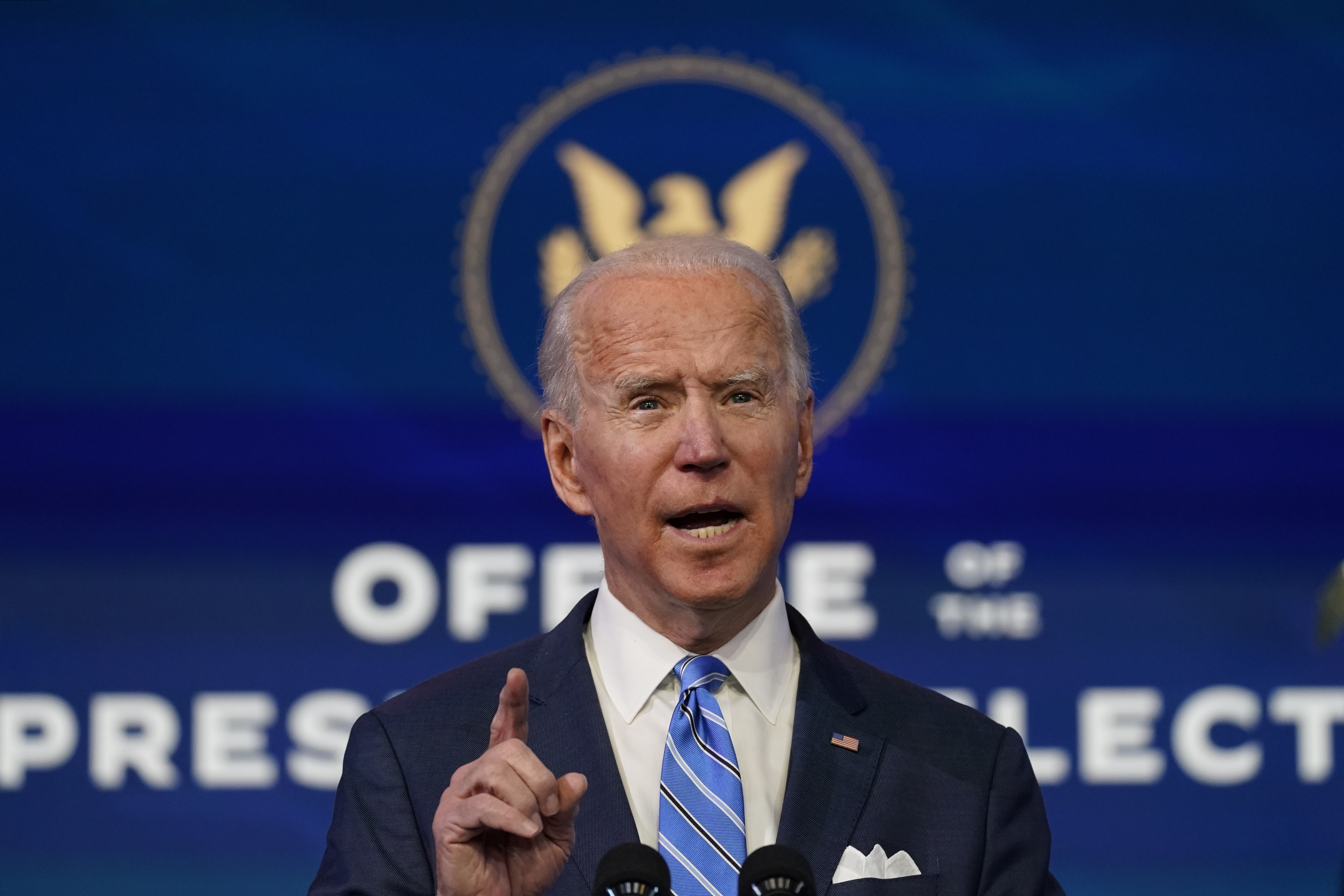 Biden will be sworn in as President on January 20, 2021Credit: AP:Associated Press 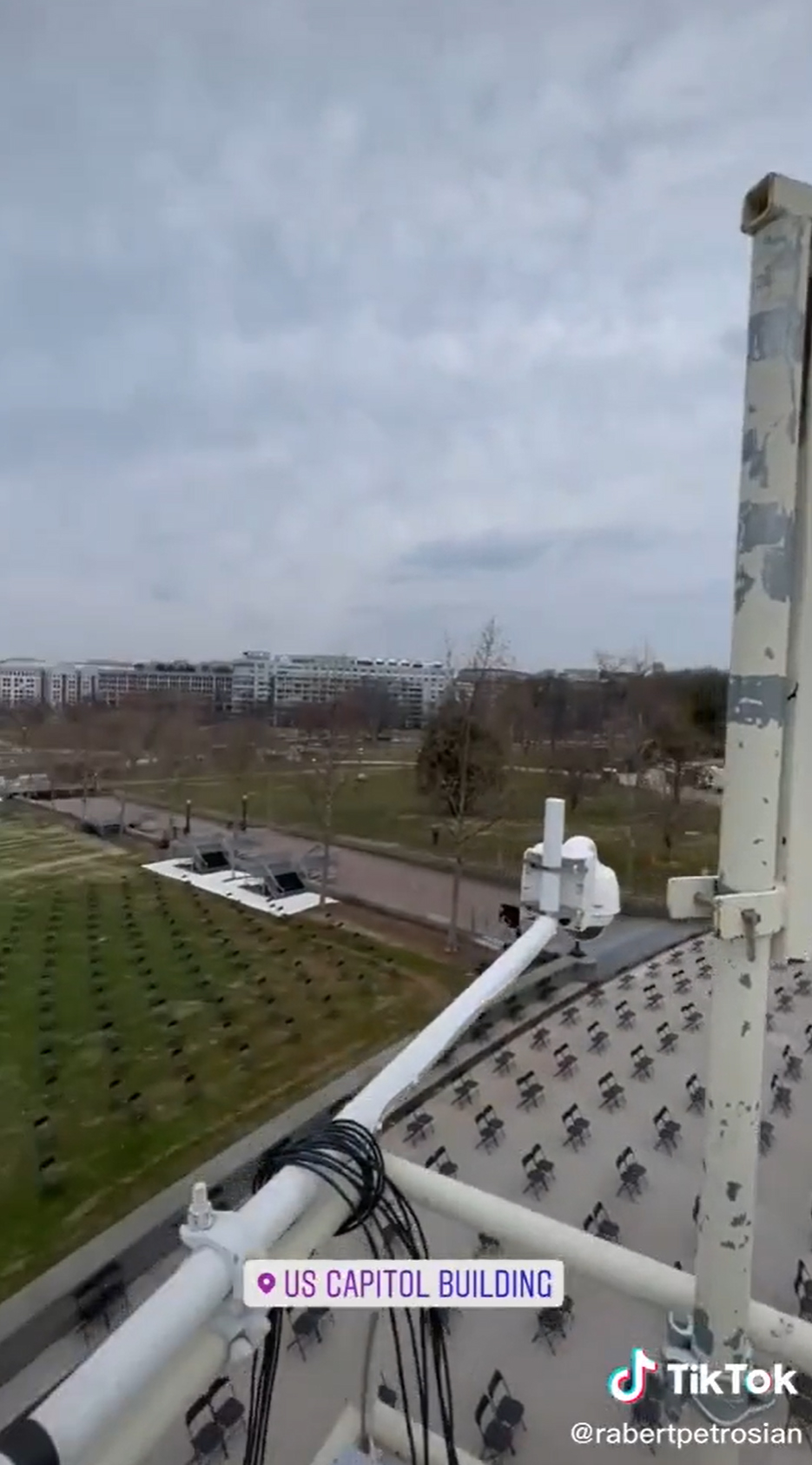 Around 200,000 tickets are normally given out for the eventsCredit: TikTok

Pictures ahead of the event show socially distanced seats in sets of two set out in front of the Capitol and on the lawn.

Temporary stands are also set up to offer additional seating around the area where Biden will be sworn in at 12pm.

People were seen standing shoulder-to-shoulder as they watched Trump be sworn in for his four-year-term.

Crowds spanned far behind the US Capitol building, as people watched the events from a distance. 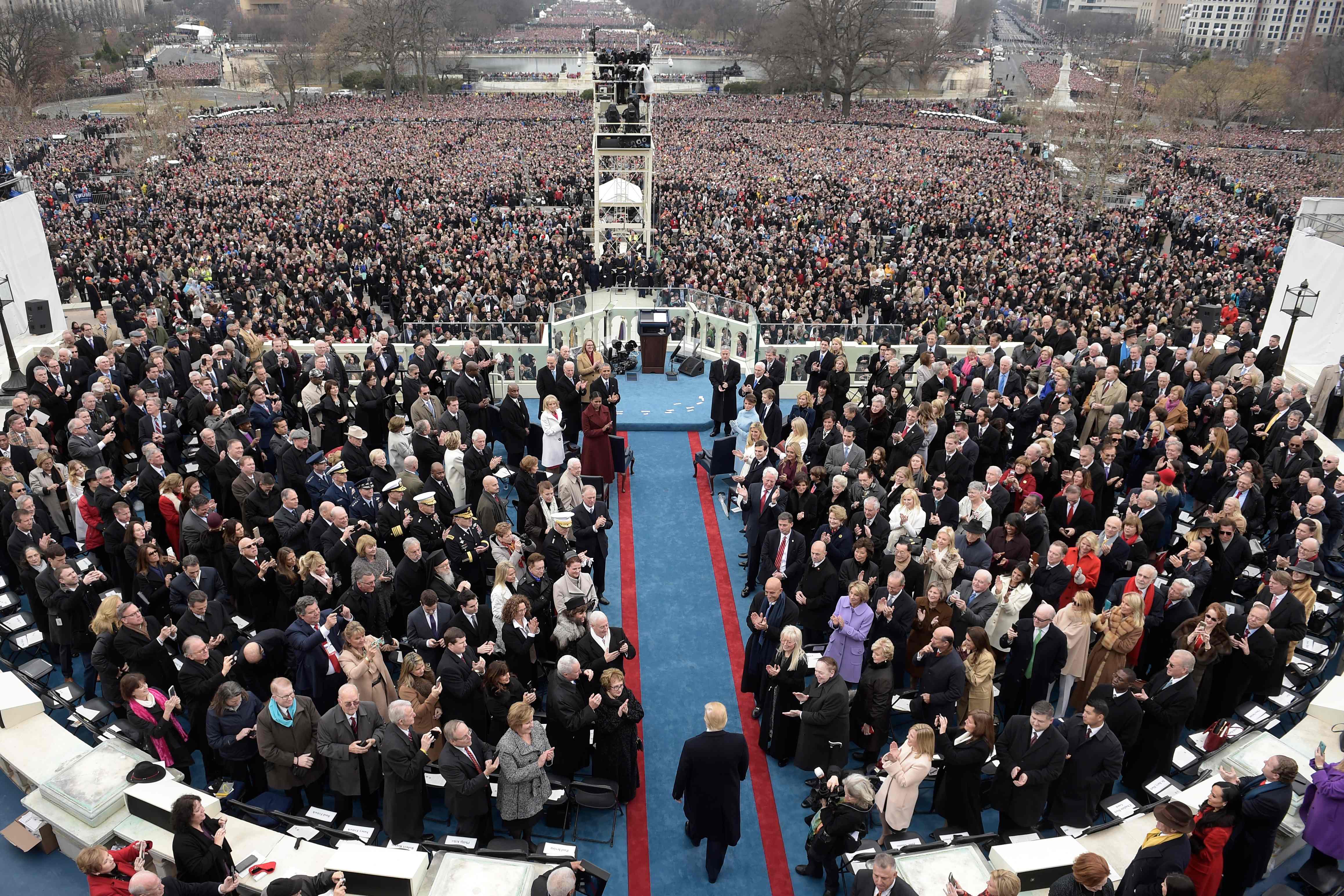 People are seen standing shoulder-to-shoulder at Trump’s ceremony in 2017Credit: AFP or licensors 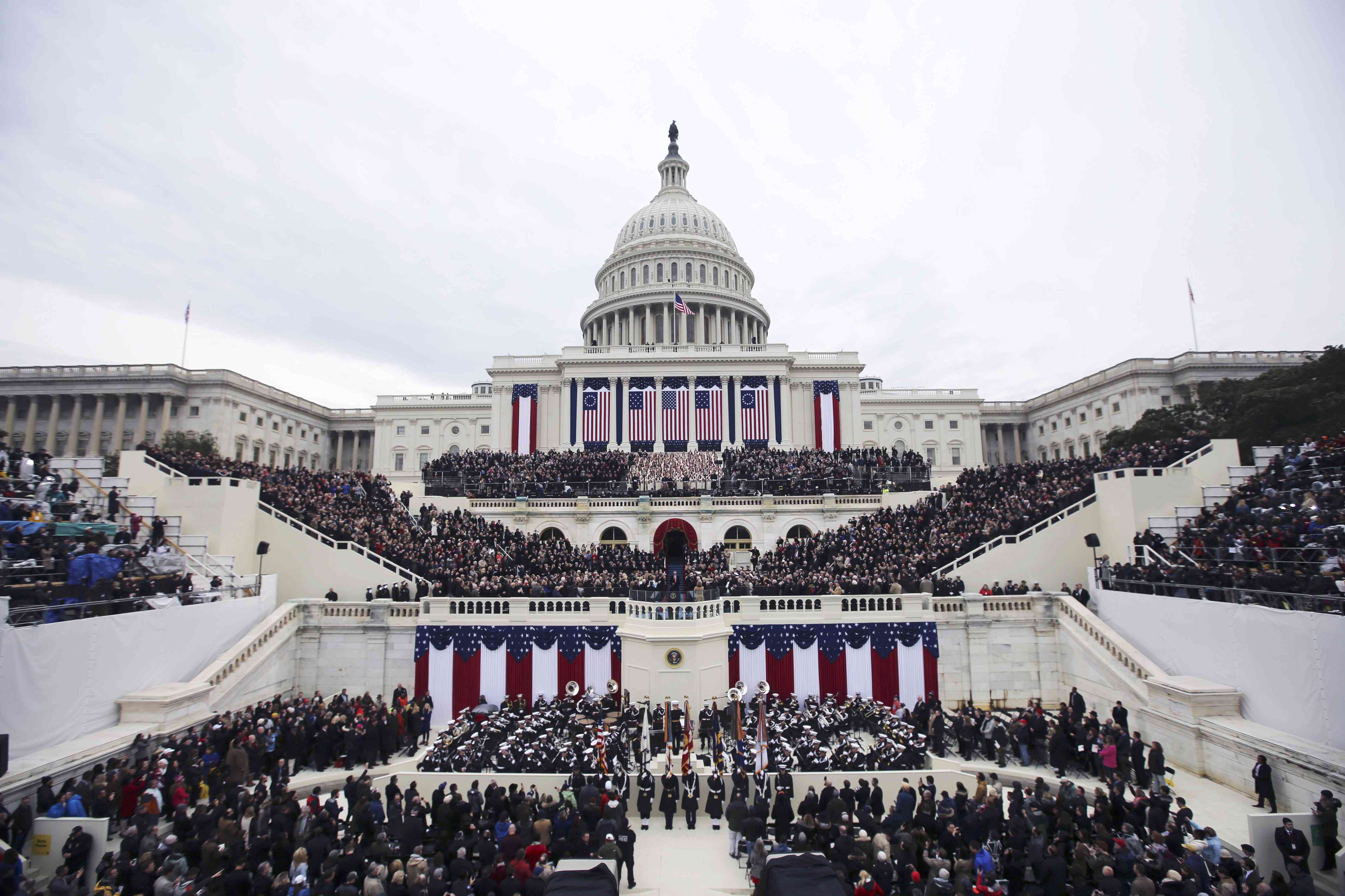 Thousands went to the US Capitol when Trump was inauguratedCredit: Reuters 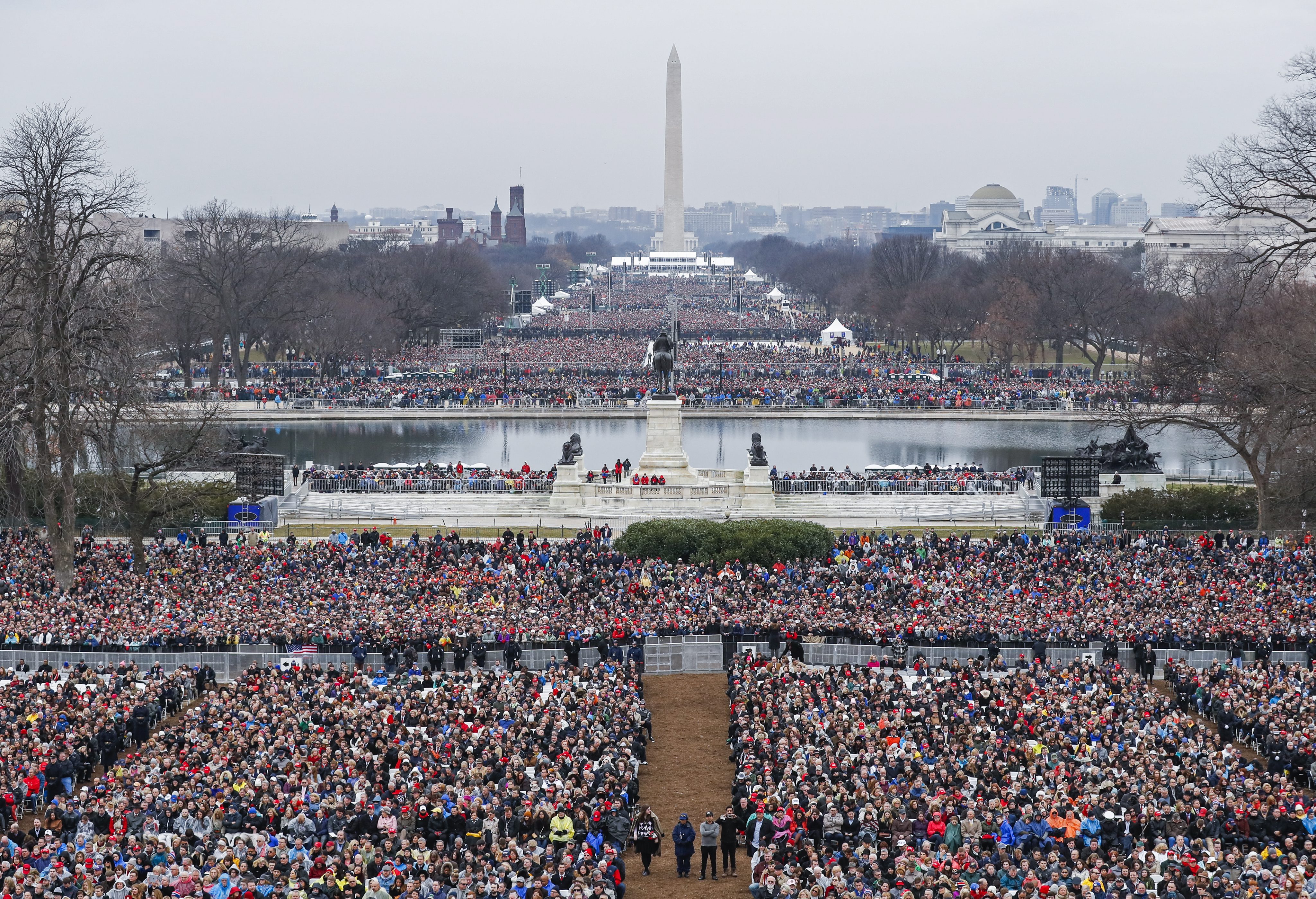 Crowds spanned to the Washington Monument during the 2017 InaugurationCredit: EPA

“The election of President-elect Biden and Vice President-elect Harris was historic and we know that many Americans would have wanted to attend the Inauguration in-person,” Democratic Minnesota Senator Amy Klobuchar said in a statement when the inaugural plans were announced.

“At the same time, safety must be our top priority,” she added.

Following the US Capitol insurrection that left five dead, officials have ramped up security.

President Trump had told rally-goers on January 6 to go to Congress and “fight like hell” before the violent scenes unfolded.

He’s since been impeached in the House on a charge of inciting an insurrection. 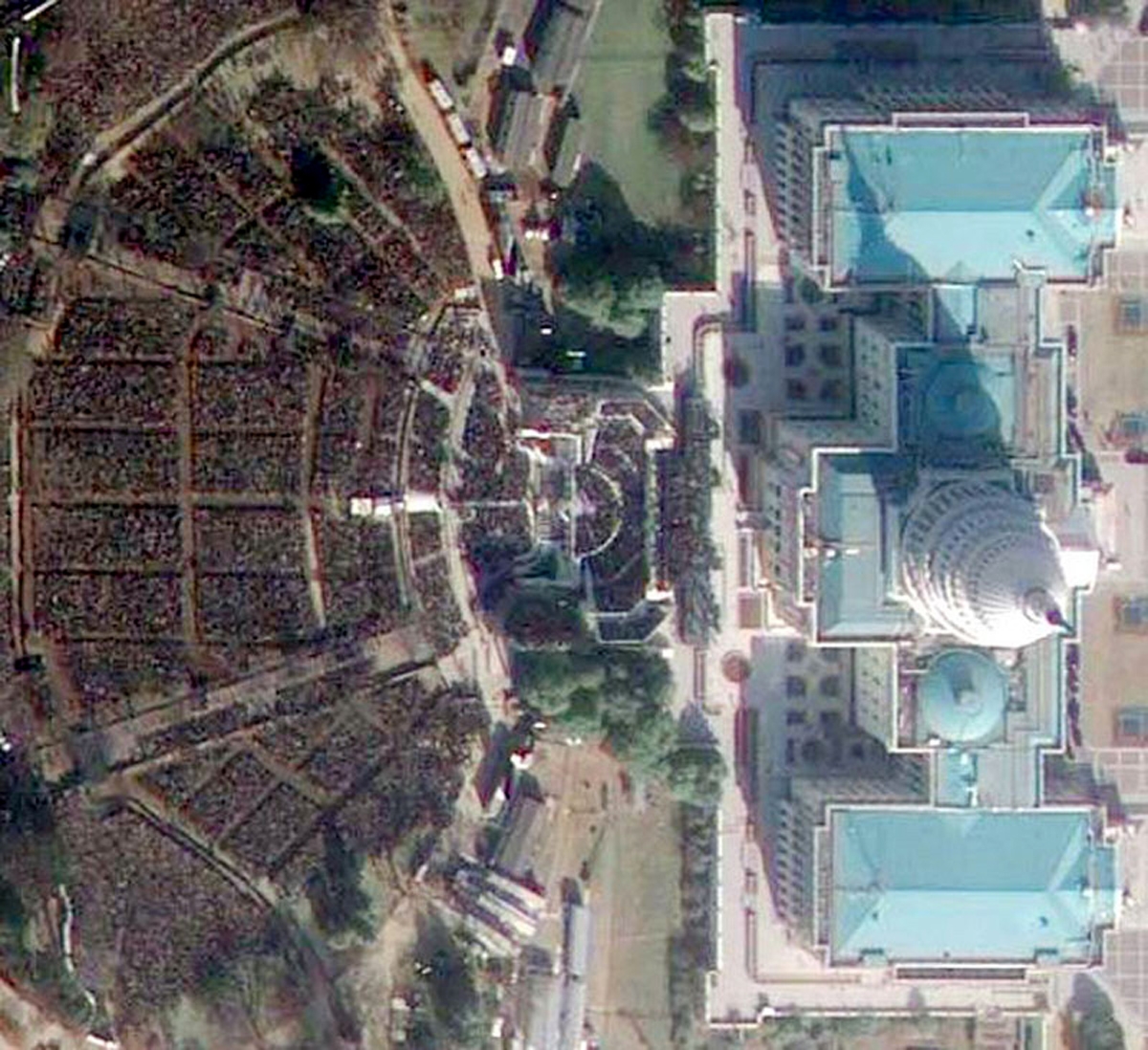 Barack Obama’s crowd was also seen packed together at his swearing-inCredit: Handout

Shortly after he was impeached, Trump released a video condemning the violence and calling for calm.

At least ten states have deployed their National Guard troops, as several states are set to close their Capitol buildings in anticipation of possible violent protests.

Fencing has been put up around the Capitol, and road closures and parking restrictions have been enacted in the days ahead of the events in DC.

Mayor Muriel Bowser asked Americans not to come to the nation’s capital for the inauguration.

“Please do not come to Washington, DC for the 59th Presidential Inauguration on January 20th. Instead, participate virtually,” Bowser said in a statement.

Washington beefs up security ahead of Biden’s Inauguration Day