AN active little boy, Dillan Ramsey-Aksehir loved nothing more than kicking his football around.

Mum Amy Ramsey said he was obsessed, with the 20-month-old constantly kicking his ball against the wall back and forth.

Dillan Ramsey-Aksehir loves kicking his football around – but when he stopped his mum Amy knew something wasn’t rightCredit: Amy Ramsey 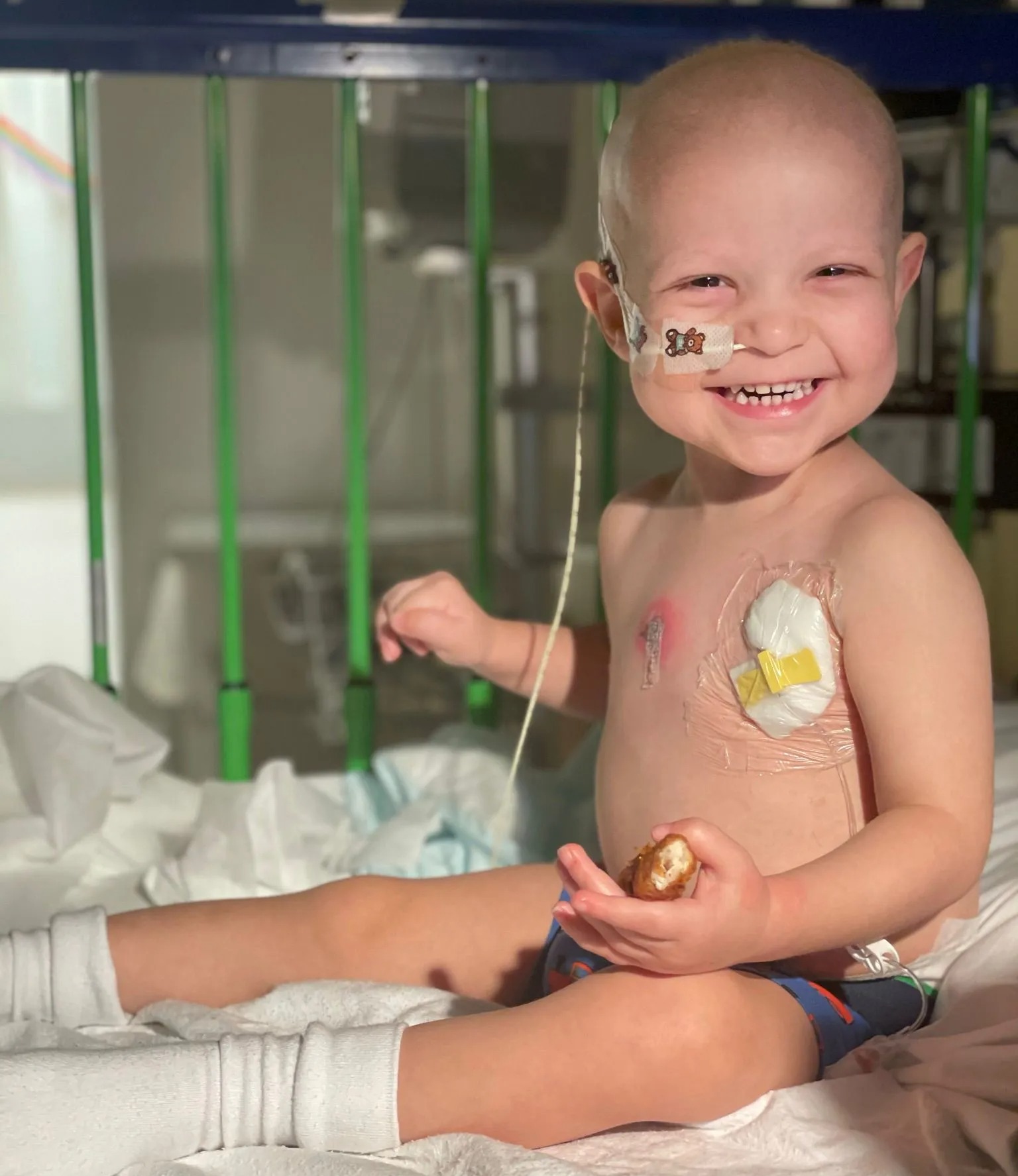 At first doctors thought he just had a sprain, but the truth was devastating for the familyCredit: Amy Ramsey 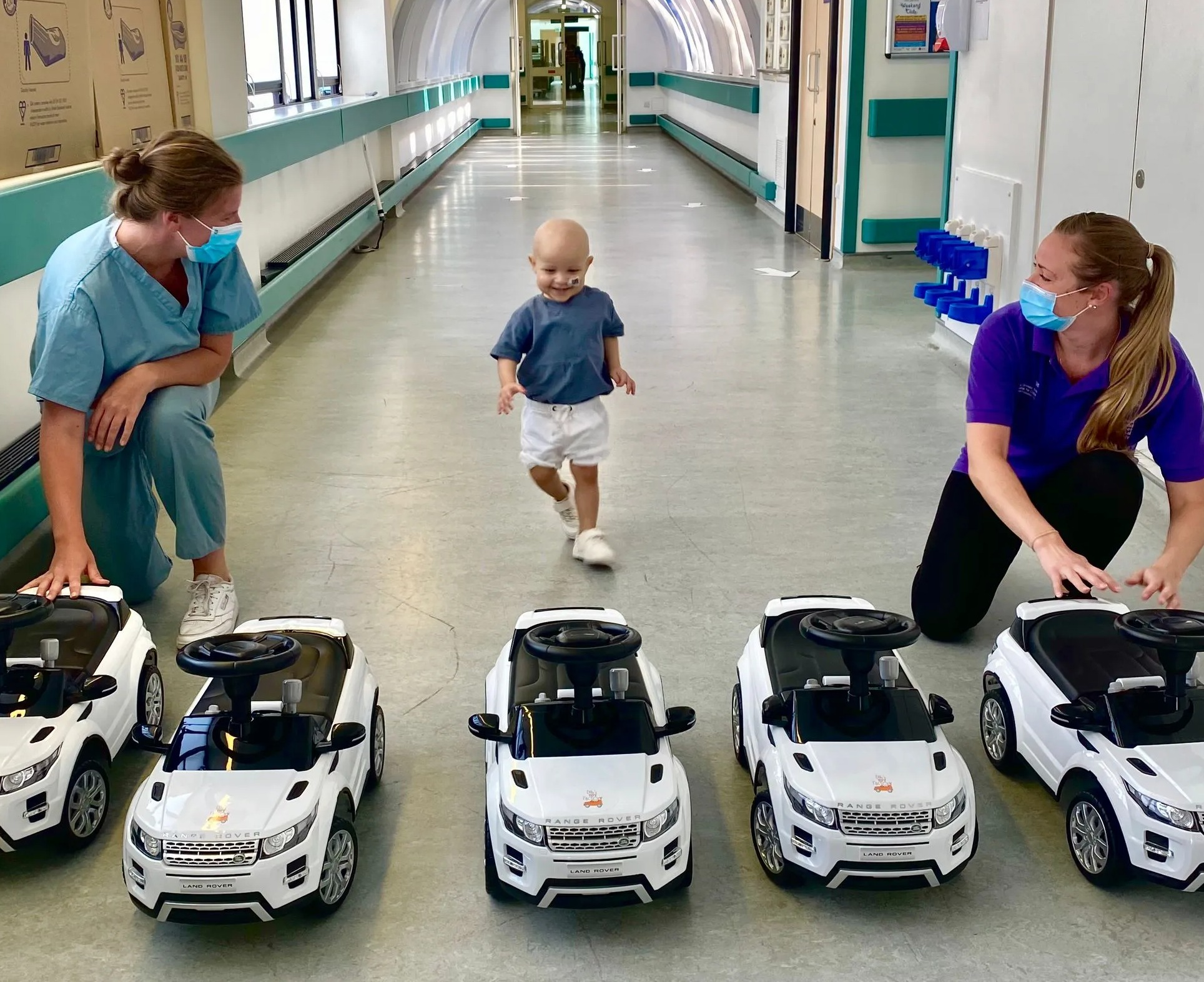 Speaking to The Sun, Amy, 35, said her son, affectionately known as Dilly, had been the most smiley happy, little boy, which was why when he stopped kicking the football – she knew something was wrong.

When he was just 20-months-old Dilly was diagnosed with leukaemia and is now in desperate need of a life-saving bone marrow transplant.

Now, celebrities like Mark Wright and Michelle Keegan have backed the desperate mum’s campaign –  to sign up to the blood stem cell register.

During the first lockdown in May 2020, Amy said that Dilly – now nearly four-years-old, started to limp.

To become a donor & help Dilly you can visit the DKMS website. 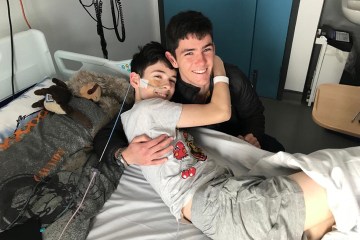 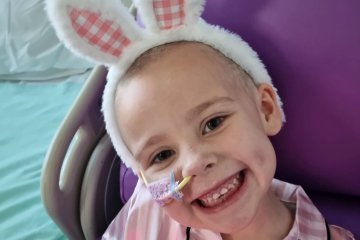 At first, she wasn’t too worried and thought he had perhaps just kicked something else instead of a ball.

Amy, who previously worked at Capital Radio said: “I took him to the doctors and they reassured me it would just be a sprain and would likely heal up within two weeks.

“It didn’t, it got worse and soon he just didn’t want to walk,” Amy said.

As her son’s pain continued, Amy decided to go private as the coronavirus pandemic made it difficult for her to get an appointment.

The mum, who lives in London, but who is originally from Manchester said she was then told it was a hairline fracture.

Amy said: “I started to notice other signs, he was pale, had swollen lymph nodes around his neck and armpits and had bruises around the eyes.

“I booked in with a GP as I knew it wasn’t right.”

The family were then referred to the A&E department at the Royal London Hospital.

“I thought he’d just be sent home with antibiotics, I never thought it would be anything like this”, Amy said.

Medics at the hospital took an X-ray and told Amy there was nothing wrong with Dilly’s bones, that there was no break or fracture.

They told Amy they would need to do a blood test, which she said didn’t initially ring alarm bells.

At the time, hospitals were limiting the number of people allowed in, in order to stop the spread of infection.

But after the blood test, medics told Amy to call her partner, Oguz Aksehir.

Amy said: “They took us into a side room and told us that he had leukaemia.

“He had to be taken to Great Ormond Street Hospital (GOSH) straight away and was placed in intensive care.”

Leukaemia is a type of blood cancer that affects cells in bone marrow and attacks the immune system.

In most cases of leukaemia, there is no obvious cause. Little Azaylia had been diagnosed with Acute Myeloid Leukaemia (AML) , which is a rapidly progressive form of the illness.

Leukaemia is a cancer that leads to the body making too many abnormal white blood cells and means the body is less likely to be able to defend itself against infection.

These blood cells are not fully developed and are called leukaemia cells.

The disease is often classified as the type of cell affected (myeloid or lymphatic) and how it progresses (acute or chronic).

There are four main types of leukaemia.

Acute Lymphocytic Leukaemia (ALL) – A rapidly progressing form of the disease. More common in children.

From there, Amy was told her son faced three years of treatment.

He has been in and out of hospital with infections, but initially he had a great response to chemotherapy, which he was having to make sure the leukaemia didn’t return.

Last Tuesday, the mum and son attended GOSH for one of their regular appointments.

“The consultant told me that the treatment for boys with leukaemia had changed from three to two years and that we could start planning a normal life.

“Dilly is nearly four-years-old and he was due to start school in September.

“We went home that night and started planning our first big family holiday and I felt like the nightmare was over,” Amy said.

As part of his treatment, little Dilly has to have his spinal cord fluid checked every three months.

After being told her son would soon be able to live like other children his age, medics told Amy that they had found cancer in his spinal cord.

“My worst nightmare has come to life.

“It’s something you think about every day but you just hope will never happen.

“We knew something had been wrong. He had Covid a few weeks ago and he was really tired.

“It was three weeks of him being really lethargic and he didn’t want to walk anywhere.

“His weekly bloods had been showing up fine and we just thought it was down to post-Covid fatigue,” Amy said.

Dilly will turn 4 on August 23, but instead of planning his party, mum Amy is now rallying support for people to come forward to be a donor.

“We’ve had to cancel his first proper party and he’s going to have immunotherapy for a month.

“He will also have to have full body radiation which means he won’t be able to have children.

“If they find a match, we will have to move to a ward two weeks before so they can blast him with strong chemo that will get rid of the old bone marrow.

“When we were first told I couldn’t stop crying. Our daughter Aiyla is only two-years-old and Dilly was diagnosed when she was just four-months.

“We’ve never really been able to do anything as a family.”

While Amy said she is terrified, she says she now feels in control of what’s going on and will do everything in her power to help her boy survive.

Little Aiyla has also been tested to see if she is a match – but this is a one in four chance.

“We need to get as many people as possible to register and then send their kits off so when they start looking for a donor they have a huge selection of people to choose from,” she said.

In a week alone, DKMS said 12,000 people have signed up to help Dilly.

Amy said that if they can’t find a donor, then they will have to take Dilly’s case to a panel and ask if he can have CAR T Cell therapy.

However, she said this has a lower level of success for relapse and that the best chance of survival for Dilly is to have the transplant which will ‘reset’ his body.

Amy urged everyone to register and asked those who have already signed up to make sure their contact details are up to date – so that they don’t miss that all important call.

“You’ll never know how much it means to families when they get a donor”, she added.

To become a donor you can visit the DKMS website. 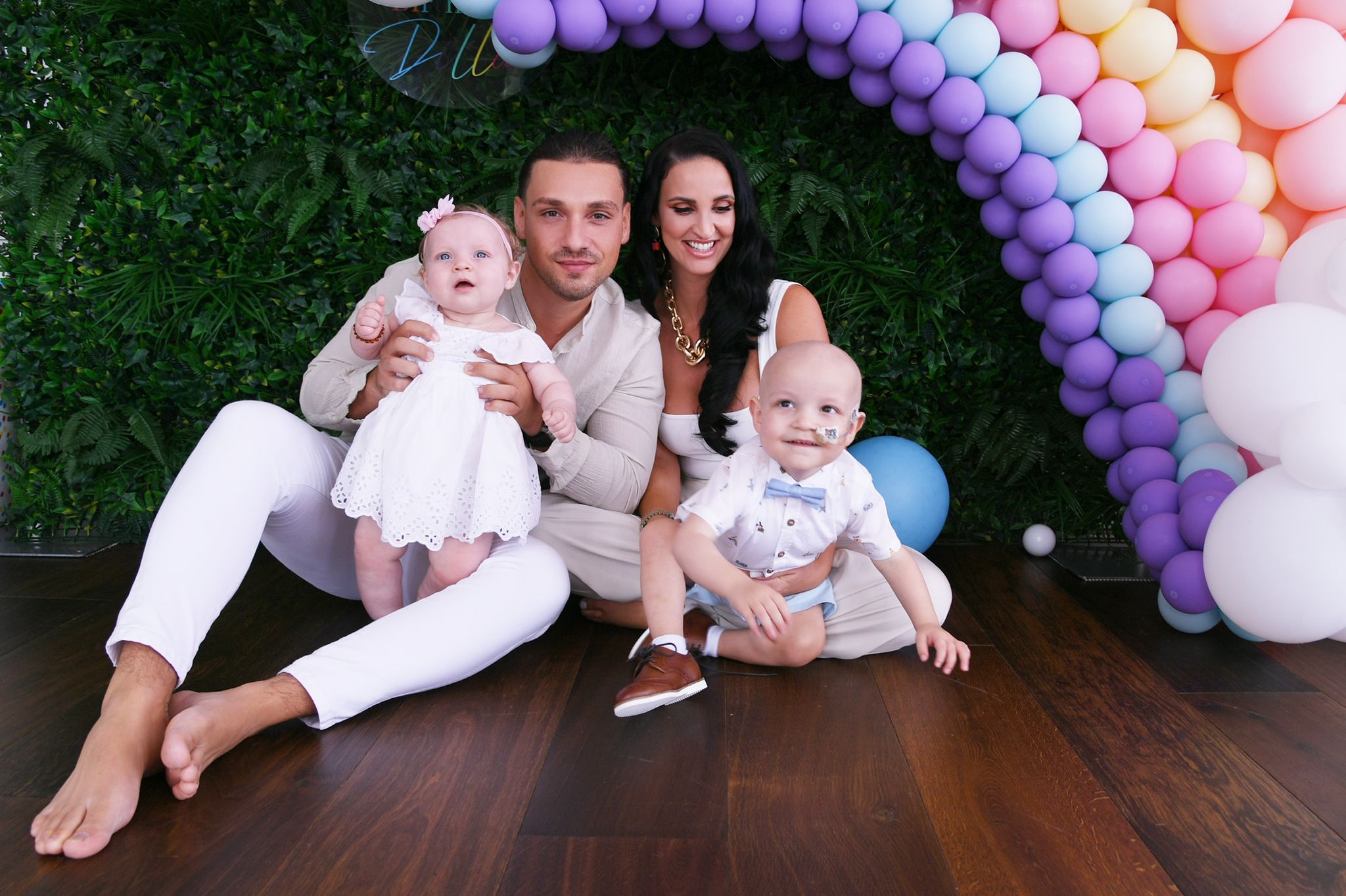 The family are urging people to come forward and sign up to the DKMS registerCredit: Amy Ramsey 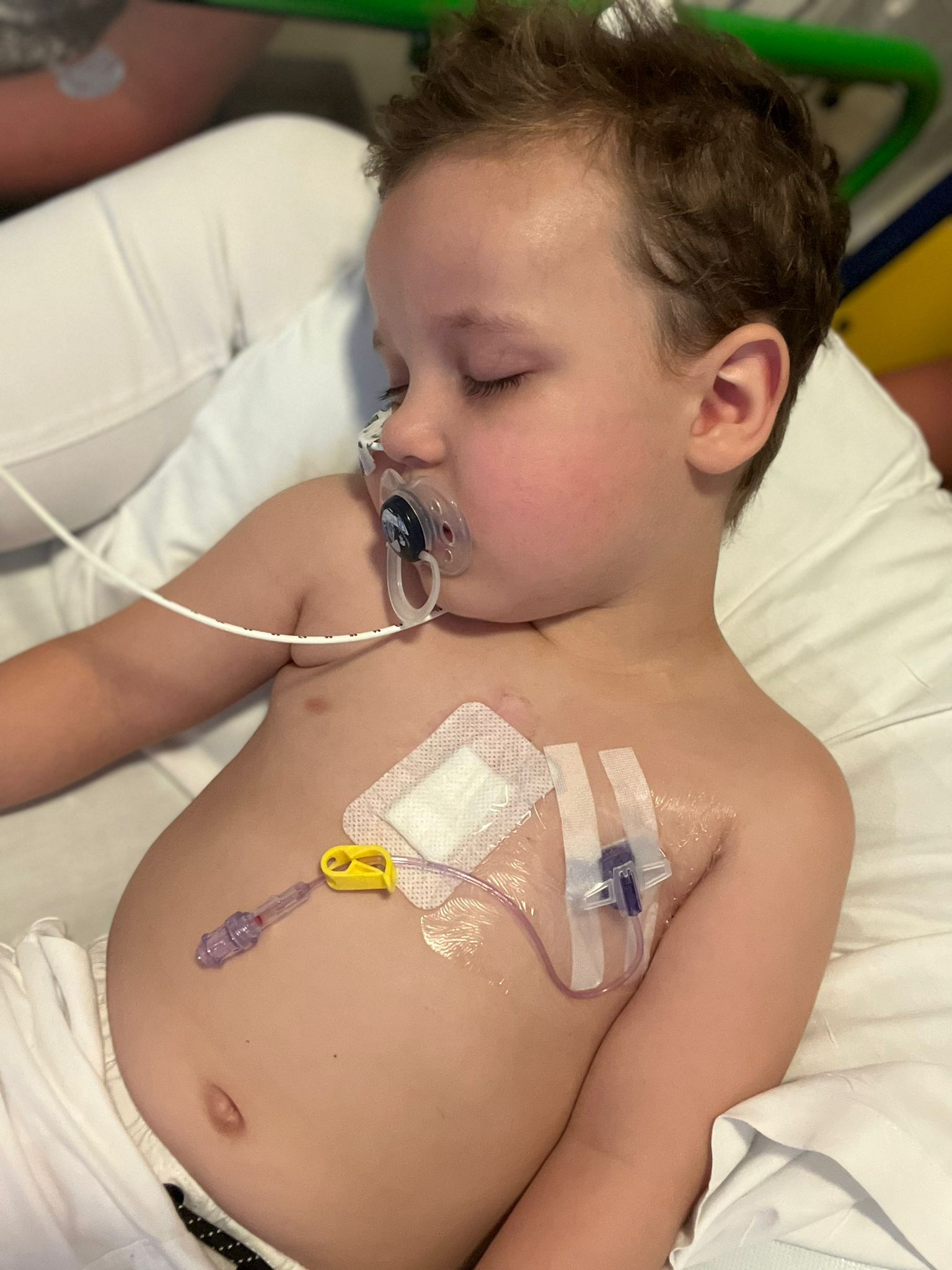 A bone marrow transplant will save Dilly’s lifeCredit: Amy Ramsey