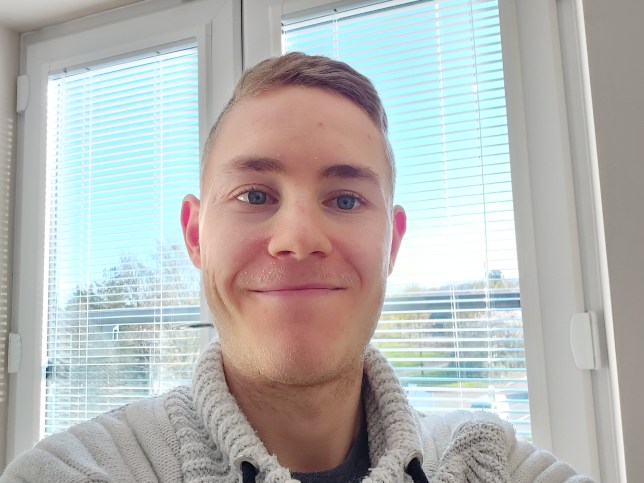 Eating disorders are so much more than what someone sees, it’s the constant turmoil inside (Picture: Adam Fare)

‘Your BMI’s slightly too high for me to refer you to an eating disorder service’, my doctor said.

I had collapsed days prior, after being found on the floor of my university accommodation by my brother, and I was desperate to get help.

In that moment I felt like I didn’t matter. I knew I needed help – I could see that my GP knew it too – but due to my BMI, I was being told I didn’t deserve it. It made me want to become more unwell.

I was told to come back in a week’s time. It was only then, after my BMI dropped further, that I met the threshold and my GP instructed me to visit A&E immediately.

For too long body mass index (BMI) has been used to deny people the treatment they need. BMI is calculated by dividing an adult’s weight by the square of their height. It gives a number that then concludes whether someone is underweight, a ‘healthy’ weight, overweight or obese.

I welcome the recent report by the Women and Equalities Committee of MPs, demanding BMI be scrapped as a way to determine whether someone needs help with an eating disorder.

I first developed issues with eating aged 11. I went from being a happy, healthy and (at least outwardly) confident person to being reclusive and frail within the space of a few weeks. I am not 100% sure but, looking back, I was not supported at school through the transition to secondary school. I feel that uncertainty had an impact.

My parents could see the life removed from my eyes; I didn’t want to go to school anymore and I started eating less or missing meals completely. They took me to the doctor, begging for help. But even though my GP acknowledged that I had an eating disorder, I was advised to go home and ‘eat more’ because I was not underweight.

Then, as I was in denial about having a problem, all this advice did was feed the disorder: I had an ‘I’m not unwell so what I’m doing’s fine’ attitude.

As a teenager, I yo-yoed between feeling ‘I’m fine’ to ‘I need help’. Between 13 and 15 I felt completely lost. My body didn’t develop for three years, I still looked like a child on my 15th birthday. My relationship with food was extremely disordered, but no one except my family noticed because I was eating regularly. 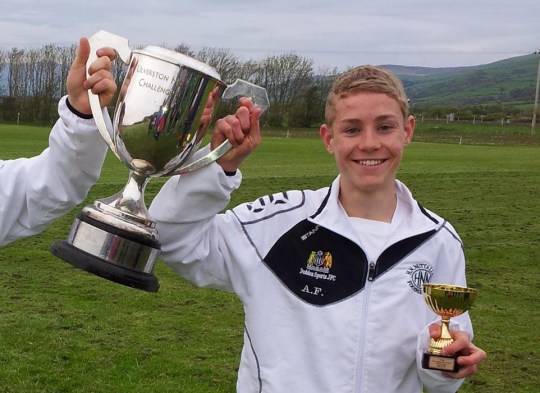 My relationship with food was extremely disordered, but no one except my family noticed (Picture: Adam Fare)

Eating disorders are so much more than what someone sees, it’s the constant turmoil inside. Every time I admitted to needing help, I’d see doctors only to be sent away because I wasn’t ‘sick enough’. Their responses were typically ‘your weight is okay’, ‘your bloods are fine’ or ‘well, you seem to eat’.

By 17, I’d finally felt able to manage my eating disorder and it wasn’t having a huge impact on my life. Then, I had a major relapse after breaking my foot playing football. One day, I missed a meal for reasons out of my control. This, plus the fact I couldn’t exercise for six weeks, started a slippery slope.

A few months later, my parents took me to the local mental health service. But within two minutes I was told that I didn’t have an eating disorder, I was medically stable, and to go home.

After the appointment, I looked at my mum and we both felt disbelief. It seemed no one would listen. My family are definitely my saviours, I cannot imagine how hard it must have been for them too.

At this time I really started to struggle with bowel/digestive issues such as chronic constipation. Unbeknown to me (or anyone else), my bowel was prolapsing internally due to years of abuse.

My self-confidence drained and I became reclusive again. Self-imposed pressure to gain top A-Level grades heaped further turmoil and my mental and physical health steadily declined. It’s hard to explain; I knew what was happening but felt completely powerless to stop it.

It culminated in that visit – the week following my collapse at university – when my GP finally saw my BMI was low enough to send me straight to A&E.

My family and I went with optimism and although they tried to turn me away as it was the weekend, my dad insisted they do a blood test. It turned out that I had kidney and heart failure. 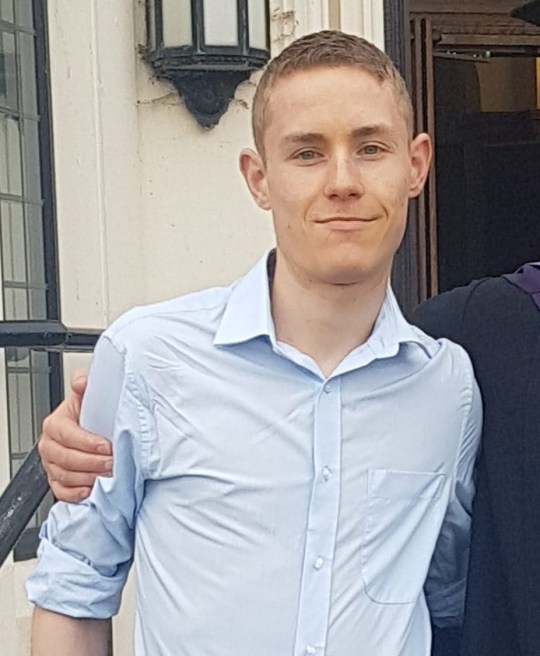 I knew what was happening but felt completely powerless to stop it (Picture: Adam Fare)

I was admitted to hospital for two weeks; the worst of my life. No nutritional support, no mental health support – on a general ward – alone and vulnerable, I felt traumatised.

Upon discharge I was placed under the community care outpatient team – I had weekly appointments only – whose first words to me were ‘We’ve never had a man in our service before, so we don’t know what to do with you’. It wasn’t exactly a confidence boost.

Six months later they discharged me but I was still seriously unwell. I’d had no formal treatment; only weekly weigh-in sessions for which I did the absolute minimum to keep them happy.

They’d spent those months trying to categorise me so I’d fit a funding bracket but were unsuccessful and I was released from their care. I don’t think they had a clue what to do with me, which made me feel completely lost, invalidated and added to my feelings of helplessness.

I am lucky I have found a job as a data analyst where I can just about manage, but my life outside of work and recovery is almost non-existent. My social life has disappeared and in the last six years only family and limited nutritional support that my parents help pay for has seen me through.

I have lived in two different places in the UK and have been declined help from the NHS in both areas due to my BMI being too high. Both times, the services apologised to me. They knew I needed help but they couldn’t. The services are on their knees, they haven’t the resources to help the majority of people who need it.

I am now in the impossible stage where I really want to recover but know that I won’t be able to get help through the NHS as my BMI is once again above the ‘underweight’ threshold. If I was in a position to pay for private support I would in a heartbeat, but the cost of specialist private therapy simply isn’t achievable for most.

In a way, I feel hopeless but it also makes me determined to fight for change.

The recent death of Big Brother star Nikki Grahame deeply saddens me. I think it has hit us very hard as those affected by eating disorders know it could be any one of us. She was let down by the system too, and my thoughts are with her loved ones.

The Government needs to change their obesity strategy, shifting the harmful focus away from weight and onto promoting health in all its forms

According to figures from NHS England, 16% of adults have screened positive for a possible eating disorder but only 12% of them had a BMI that meant they were ‘underweight’.

It’s clear that the way we view health across society needs to change. Being ‘healthy’ is not determined by your BMI. Although it has evolved, this measurement was originally based on a statistical model for white men and is not an accurate measure of how healthy a diverse population is. For instance, some ethnic groups run more risk of health problems when they have lower BMIs.

BMI is also used to stigmatise people who live in larger bodies; studies have shown that those in larger bodies are less likely to be taken seriously when visiting healthcare professionals, which can lead to wrong and late diagnoses of eating disorders.

If the BMI recommendations were enacted in full and it were to be scrapped, it would mean countless people, like myself, who have been continually let down by a broken system can access the support which will give them the greatest chance of recovery.

I just want to live a happy and healthy life and be able to support others too. Recovery is a lifelong commitment and I still struggle a lot but I hope that, following the report from the Women and Equalities Committee, soon we can see a change in how eating disorders are viewed and treated.

The Government needs to change their obesity strategy, shifting the harmful focus away from weight and onto promoting health in all its forms.

The NHS requires ring-fenced funding for eating disorders, where anyone who has a relationship with food, exercise or body image that impacts their quality of life can get timely, personalised support, regardless of their BMI.

It’s not easy, but it is possible, and millions of people’s wellbeing relies on getting it right.

MORE: I was overweight when I was diagnosed with an eating disorder

MORE: BMI discriminates against black people – and everyone else too

MORE: Lockdown has made me face my eating disorder and finally get help