This type of rare brain cancer is not hereditary and affects only around 2,000 people in England each year (Picture: Stony)

The hardest thing I’ve ever seen is my dad – strong as an ox – regressing back to a child after his terminal brain cancer diagnosis.

Within 18 months, he deteriorated and passed away right in front of me in 2012. After he was gone, I was lost without him, and I still am to a certain degree.

So seven years later, when I was laying in a bed in the corridor of the hospital being told I have the exact same terminal brain cancer, I couldn’t believe it.

Right before my diagnosis, I had what I thought was a huge heart attack. I was scared as I was totally out of control of my body and the pain overtook my mind.

I was immediately taken to Watford General Hospital and, after some tests, was eventually diagnosed with a Glioblastoma – terminal brain cancer. Shockingly, this type of rare brain cancer is not hereditary and affects only around 2,000 people in England each year.

The next day, I was taken to the National Hospital for Neurology and Neurosurgery in Queens Square, London, and underwent a six hour surgery to remove a 6cm brain tumour.

My surgeon, Dr Kitchen – an amazing man! – saved my life. He came into my hospital room and confirmed after a biopsy that I did in fact have a Glioblastoma and that the average survival rate was 18 months. 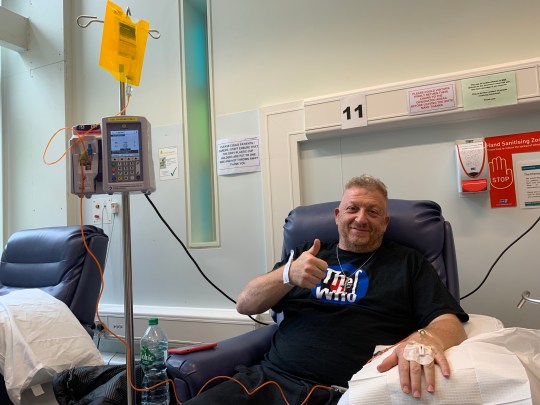 During my radiotherapy, I met some amazing people (Picture: Stony)

I started my journey then, and not once did I question my strength or self-belief. I told myself that I am going to beat this and I will be the longest survivor.

Since then, I’ve undergone what feels like a lifetime of treatment.

Following my surgery, I had a six-week recovery period where I rested at home. But when I say ‘rested’, I never rest!

The day after my surgery, I was out painting the walls of the streets near the hospital. I am an abstract street artist, so this was my own type of therapy.

Before my diagnosis, I would graffiti the streets with art, so I was eager to get back to this. The doctors couldn’t believe how I had bounced back after the surgery and was walking and talking normally.

I then started six weeks of intense radiotherapy – five days a week. During my radiotherapy, I met some amazing people. Seeing the same faces every day for six weeks, you make some great friends.

I found my art was a great tool to take – not just my mind – but other people’s minds to different places while we were six floors underground having treatment for cancer. 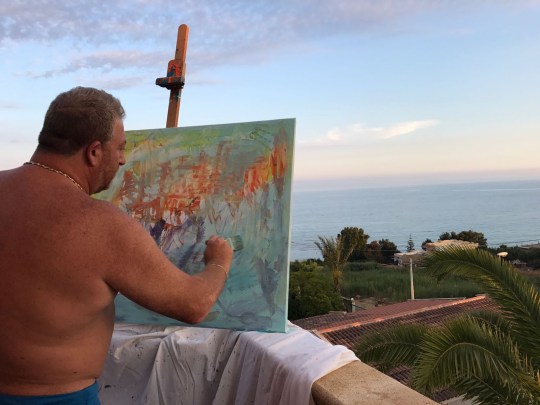 I have donated many paintings to some great fundraising events (Picture: Stony)

After completing radiotherapy, I had chemotherapy – which luckily was in tablet form, so I could take this at home.

I smashed chemotherapy and my oncology team were amazed with how I’d handled all my treatment, so they offered for me to take part in a clinical trial – immunotherapy, an intravenous drug. This could potentially extend my life by two years but would come with a lot of different side effects as a result.

I felt it was important to take part in it, not just for my own health, but it could potentially get us closer to finding a medicine to cure this horrible disease.

Despite all of this, a tumour came back in January last year, so I’ve undergone round after round of chemotherapy, and now avastin treatment, which is a type of chemotherapy but is a protein treatment and is meant to control the tumour instead of shrinking it.

Throughout it all – and actually for the last 10 years since my father’s death – I have been raising money for The Brain Tumour Charity, which is a world-leading brain tumour charity based in the UK.

I have donated many paintings to some great fundraising events, appearances, and raised money through my Italian restaurant.

It was very important to me to raise money for this charity as there just isn’t enough research, treatment and medicines for this disease. 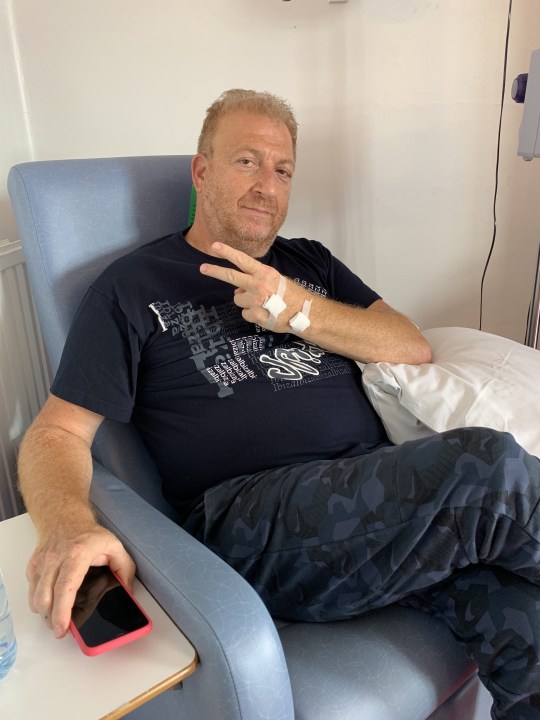 Only up to 3% of cancer patients have brain cancer (Picture: Stony)

Watching my dad battle this illness was the hardest thing we ever had to go through.

My father was and still is my hero. He came to England from Sicily on a boat with absolutely nothing but the clothes on his back, and built an empire through hard work and pure determination.

My dad gave us a life he never had, and even then, he still carried on grafting hard. This is where my strength and drive comes from. When my dad was diagnosed with brain cancer, it proved to me that even the strongest and most positive of people can suffer through this.

It was difficult knowing that there wasn’t anything we could do, and there weren’t a lot of options we could offer him for a better quality of life.

Luckily, being an artist, I have endless amounts of passion and motivation, so raising money for charity was something I very much enjoyed. People can relate to both art and illness, so combining the two seemed the best option for raising as much money and awareness as possible.

Awareness is as important as raising money. Brain tumours are very much forgotten about, as only up to 3% of cancer patients have brain cancer, according to Cancer Research UK.

It’s one of the hardest types of cancers to treat and one of the most fatal. 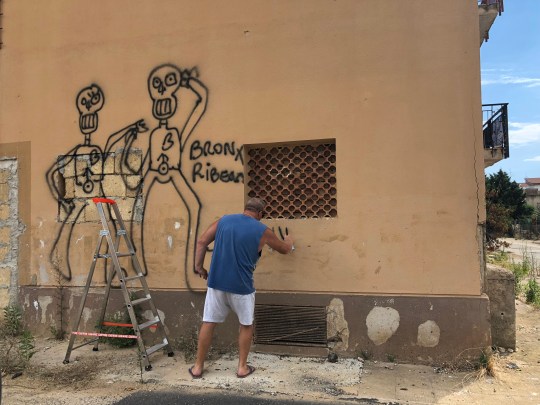 My art has helped me hugely in realising how I was actually feeling (Picture: Stony)

Living with autism and mental health issues motivated me to also raise money for the charity Mind.

My art has been my absolute saviour. Being able to express myself in a safe environment for me at my most vulnerable was so important. My favourite type of art to do while I’ve been ill, is sketch and paint on smaller pieces while I sit and listen to music and watch other artists’ videos.

I think one of the most important things for anyone going through any struggle is staying in touch with your emotions. It’s easy to become very consumed in something bad that’s happening to us, but also just as easy to be somewhat in denial.

My art has helped me hugely in realising how I was actually feeling and helped me get the help I needed when I really needed it.

I’m not afraid to say what I feel, and I write everything on my canvas. Every piece I paint, I always write how I’m feeling at the time and I don’t hold back. To get what’s in my head out onto paper is very therapeutic and important to me for my mind.

I want people to be shocked by what they see and read. Art should be thought provoking, and at the same time, if I help and encourage myself and other people, then I’m winning.

Hate privacy? This home with a wall-less en suite bathroom could be for you