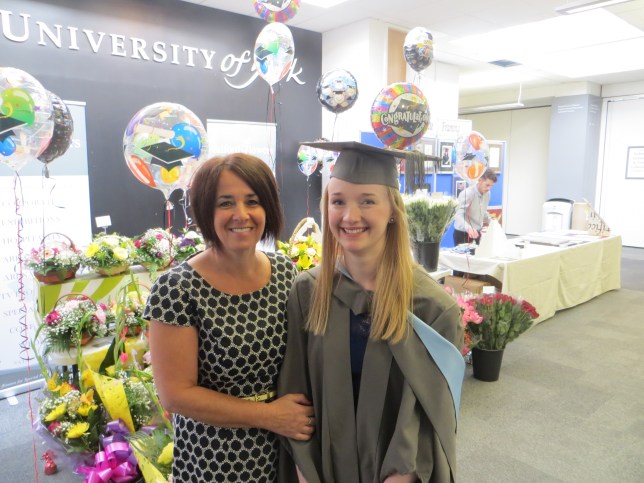 I grapple with the need to keep her memory alive (Picture: Andrea Brady)

As a radio-frequency engineer, my 27-year-old daughter Jess should be designing her next satellite right now.

She should be splashing through puddles, running 5km, painting her nails to perfection, sharing cleaning hacks, creating her own crocheted crafts, avidly reading a new book, planning the itinerary for her next travel adventure, and looking forward to a future with her partner Alex.

But for my lovely Jess, time has run out and there is no ‘right now’.

The unbearable truth is, Jess lost her life to cancer. A cancer she did not know she had until it was too late. There was no treatment or opportunity for her to fight it because in 2020 – a year dominated by Covid-19 – the only tangible explanation medics gave for her poor health was ‘long Covid’.

In the aching void of losing Jess, my precious, beautiful child, I grapple with the need to keep her memory alive. I promised I would and, in doing so, tell her story. Sweet Jess, so desperate for others to avoid the same pain and suffering as her.

Last summer, when our world was enveloped in an eerie silence and everything but the virus stood still, Jess began to feel unwell.

She first sought medical support in July because, in addition to chronic fatigue, she had developed a light but persistent cough and hoarse voice. She was treated liberally with antibiotics, but her symptoms did not improve.

The doctor’s explanation was long Covid – side effects of coronavirus that last more than 12 weeks – because, despite never thinking she had it, and two negative coronavirus tests, she was told these tests were not always accurate.

Jess was perplexed but accepting, as she was not a medical expert and initially grateful for some explanation for her poor health. Long Covid seemed improbable but the doctors were not unduly concerned and were reassuring. 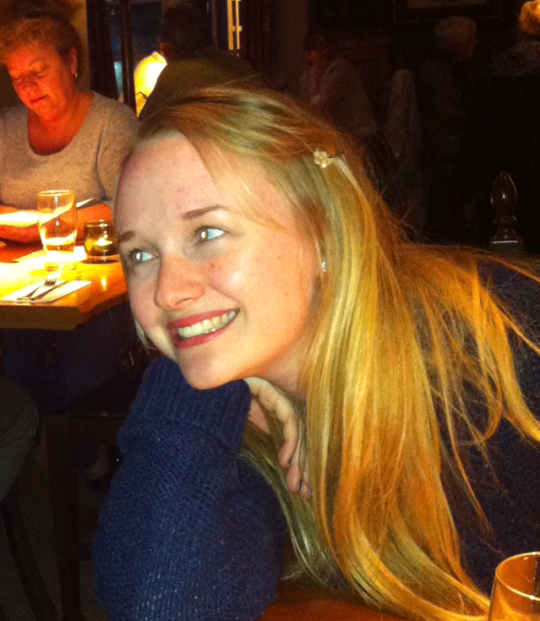 Jess was very poorly and returned with us to her family home (Picture: Andrea Brady)

But as my daughter’s symptoms grew and they became more debilitating – shortness of breath, acute post-nasal drip, vomiting and weight loss – she continued to seek advice.

Jess contacted her GP surgery on more than 20 occasions in five months and went to A&E. As winter took its grip, she also called an ambulance when her back spasmed, rendering her immobile.

For me, realisation struck in early November that there was the possibility of cancer when large, ugly glands appeared on her neck. I became frightened that perhaps my daughter had lymphoma.

Jess was permitted a face-to-face doctor’s appointment and I was allowed to attend. Again, she received reassurances – she was young, previously healthy and apparently there was no knowing how long a referral to a specialist would take.

Desperately worried, I paid for Jess to see a private ENT consultant. It was at this appointment she was referred urgently for a biopsy. The medical procedure was finally performed nine days later and then we began another wait – for the results.

That week was frightening and distressing. Jess was very poorly and returned with us to her family home to be cared for by Simon – Jess’ father – and I. Night and day we stayed by her side. We offered comfort, care and love. What we really wanted to give was unconditional hope.

On 26 November, Jessica and I sat together to receive her biopsy results.

Secondary cancer had been found in her lymph nodes but they did not know where the primary was. We listened to the words every person dreads.

Jess was immediately admitted as a hospital inpatient and in the next 24 hours, the full picture emerged. She was diagnosed with stage 4 adenocarcinoma – a type of cancer that starts in mucus-producing glandular cells of the body. 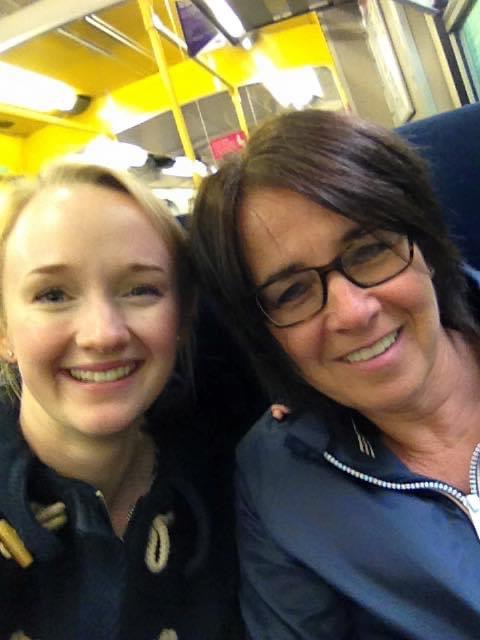 Jess was so easy to love (Picture: Andrea Brady)

Despite her proactive step it was too late to treat an advanced and aggressive cancer.

During the three weeks Jess was in hospital, she taught us so much about grace, humanity, dignity, and bravery.

Following her diagnosis, I watched and marvelled at her composure and astute intelligence as she expressed herself beautifully and articulately while a steady stream of medics questioned her, tears in their eyes and full of admiration.

Jess was so easy to love.

Devastatingly, she lost her life on 20 December. No parent should cradle their child as they enter this world and hold them as they leave it. Nothing could ever prepare us or can ever console us.

What can I say to express how I feel at Jess leaving? The gnawing emptiness of her going, my dearest, precious girl. My world has stopped, yet the hands of time beat ruthlessly on.

The world still turns, and I want to halt it, to hush it. The rawness of waking in the morning to the realisation she is no longer here; the cruelty of closing my eyes at night knowing another day has passed. Heartache is real and so is heartbreak.

My dilemma in sharing this centre around my worry that the words I commit to paper may somehow diminish the memory of my amazing, positive, and determined daughter, Jess. It feels impossible to adequately convey my feeling of utter devastation and loss.

I wonder if it is possible to juggle phrases and somehow convey my all-consuming love and utter heartbreak. If I am unable to do this I am left with the question, how else do I show my love? 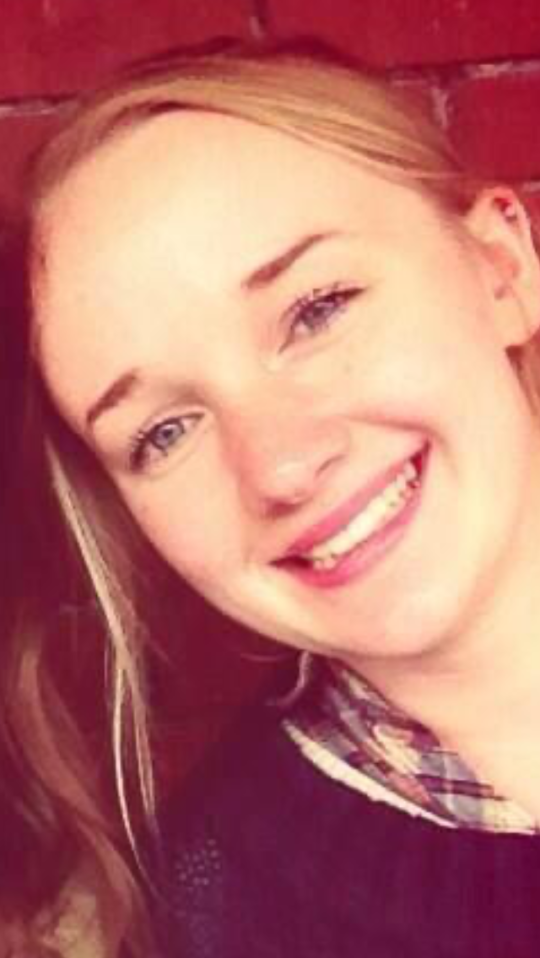 Normally, Jess would have easily met with her GP face-to-face (Picture: Andrea Brady)

But I share her story because Jess was never complacent about her health – on the contrary she was proactive in living a healthy life.

How is it possible for things to go so wrong? Was she another tragic victim of lockdown?

Normally, Jess would have easily met with her GP face-to-face. Medical services would have been less stretched and referral times quicker. Her chronic symptoms would not have been attributed to long Covid.

But Jess was young. Too young. It would appear her youth made it unlikely she was suffering from a serious underlying health issue. Cancer was not on the cards, but it should have been.

According to Cancer Research UK, ‘adults aged 25-49 contribute around a tenth of all new cancer cases, with double the incidence in females than males’.

Currently, this age group is not prioritised – even though many cancers are aggressive and require immediate treatment.

Despite being too young to be ignored, they often are. They are the forgotten generations; too old for their diagnosis to be truly shocking and too young to be deemed at serious risk. Covid-19 is undoubtedly exacerbating the situation.

That’s why I started a petition to improve the awareness and diagnosis of cancer in young adults in honour of Jess. It has gained over 50,000 signatures and this wealth of support signals the strength of feeling for the urgent calls for change.

It is essential that funding is ring-fenced to allow GPs to respond with utmost urgency in referring all patients. Safe face-to-face medical consultations and examinations remains imperative, as well as investment in providing more specialist staff and equipment. 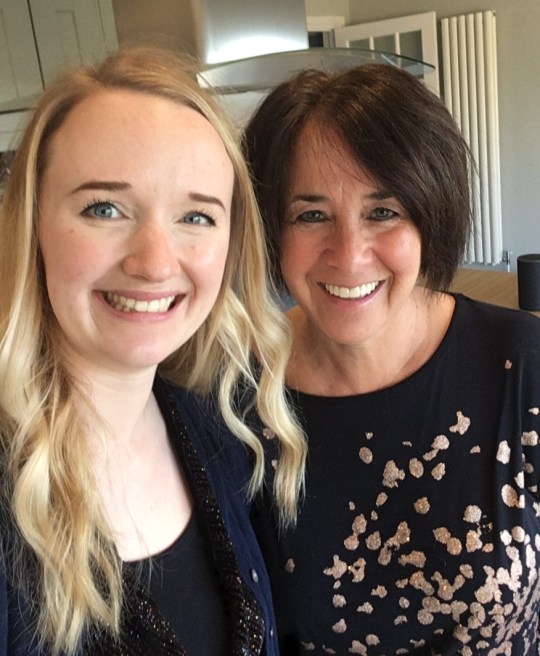 Jess deserves an infinite number of words to adequately reflect the incredible essence of her.

She was the little girl who played independently for hours, exploring, mimicking, and organising. She was a tiny toddler, watching, mesmerised, as a goat nibbled a roll, poised in her hand, she had been ready to eat.

She was completely calm, only a few years old, serenely waiting for an injection. She was the infant pupil, who independently learnt her lines when playing the witch in Hansel and Gretel and sorted her own costume, from her inferior dressing up box.

She was the sister who entertained, instructed, and cajoled her little brother, Hugh. A brother she admired, loved, and loyally supported. She was the teenager who persevered, despite erratic road skills, in passing her driving test.

She was the A’ level student, ecstatic on results day, with a confirmed place at York university. She was a lover of hygge as demonstrated in the home she shared with Alex – apparently, you can never overdo the fairy lights, candles, and cushions. She was meticulous in her organisation and planning, recording all her aspirations and goals in a journal.

She was one of only a few successful applicants – appointed by Airbus – as an engineer. And on 8 January this year, a satellite she had worked on, was launched from Cape Canaveral inscribed boldly with the words, and a moving tribute, ‘Thank you, Jess!’

I want to keep Jess’ memory alive and in doing so do what she would have done – hopefully some good.

If I can do one thing for my courageous, incredible daughter, I need to raise awareness about improving early cancer diagnosis, increasing funding, and providing hope for all suffering from this cruel disease.

To add your signature to Andrea Brady’s petition to honour her daughter Jess, visit change.org here.