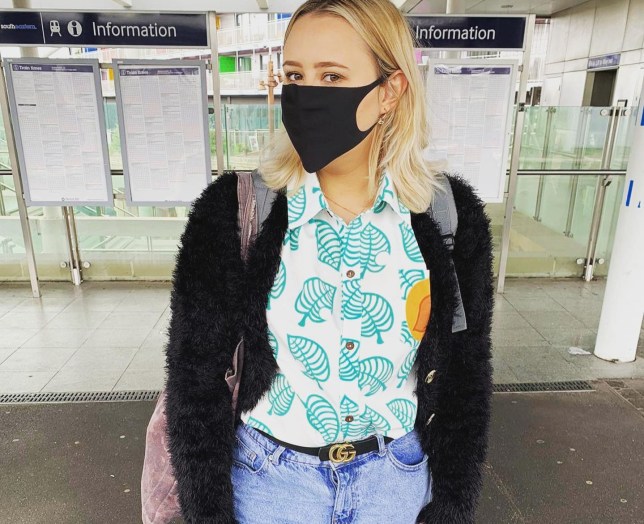 A year of Covid lockdowns left me thinking about motherhood (Picture: Jessica Lindsay)

I, like many people in this increasingly-unstable time to be alive, have swithered on the issue of children.

As a child I’d dutifully change my off-brand Baby Born’s nappy and act the doting mother. Then as a teen, I decided I’d be a ‘career woman’/Carrie Bradshaw. I’m now at the stage where I’m happy with my work, I’ve met someone I adore, and I can see us as parents.

But, also like many people, I’ve had my fair share of gynaecological struggles; most notably, a stint where I’d bleed for at least three weeks per period, the investigation of which went in the direction of blood disorders and even a cancer scare before the issue got better with a change of contraception.

Throughout that process there were (internal and external) scans, blood tests, and smears. I was always told, though, that if I wanted answers about my fertility in relation to this I’d have to wait until I’d been trying for a baby for at least 12 months.

That doesn’t exactly fill you with confidence, especially when jargon about ovulation and hormones has scared you into believing you may never conceive naturally.

The Lister Fertility Clinic offered me the chance to review their Fit for Fertility test, and I accepted primarily out of curiosity. As journalists we often have to test things out.

It’s a private screening that costs £495 for a female, £295 for a male, or £595 for a couple. A blood test and transvaginal scan (as well as lifestyle questions) are all viewed through the lens of fertility to give you a better idea of whether you’ll be able to conceive.

But, what I went into thinking might be a review of an interesting treatment, has actually ended up testing how I viewed fertility and ‘women’s health’ overall.

Being poked and prodded with our legs in stirrups is something every adult with a vagina has experienced – those with underlying issues even more so.

I’d need at least two hands to count how many nurses and doctors have put speculums into my body. This was the first time I actually felt like an active participant in any of it.

Allison, the lovely North Londoner nurse who did my scan, spoke to me about what she saw on the screen during. She explained that the ‘bubbles’ I was seeing were ovarian follicles (good) and that one fuzzy area looked like a chocolate cyst or endometrioma (less good).

‘Do you often find you spot between periods or have brown period blood?’ she asked, and my jaw genuinely dropped.

‘Yes, every month, but I didn’t think there was anything wrong because I don’t have bad period pain,’ I replied.

Laughing, Allison said that there’s no such thing as ‘bad’ or ‘good’ levels of pain. We judge what we feel based on often-extreme cases, minimising our own experiences. Basically, it’s not the only indicator that something else is going on.

I felt like crying happy tears. Obviously I wasn’t overjoyed that there might be clusters of blood messing with my ovaries, but in all those undignified scans and calls to discuss blood test results, not once had anyone spotted anything or explained it the way Allison did.

The unsure feelings about children are still there, but everything was discussed with a view of what I needed/wanted and how I’d go about getting there.

A video consultation two days later with Dr Jaya Parikh helped make things clearer. Sometimes, what looks like endometriomas on the ultrasound end up going away on their own, and sometimes they’ll get worse. But most importantly, I know I’m not being silly for caring about my future even if I’m not living it yet.

It’s not that those incredible nurses and doctors who’d treated me previously weren’t working just as hard as Dr Parikh, Allison, and those I met at The Lister, but that I’d never seen a specialist in fertility before, as most won’t until it’s time to actually get pregnant.

Time has been on my mind since. I feel like I have more of it. According to Dr Parikh, although egg stores are at their ‘peak’ in our early 20s, you don’t have to rush yourself if you’re informed.

Some people might find it too stressful to know ahead of trying what their chances of conceiving naturally are, and this is taken into account medically.

Egg freezing has come on in leaps and bounds, though, so understanding the lay of the land is helpful for folks like me who aren’t quite there yet. If the results show something, you work with your doctor for a way forward.

Allison, in our mid-scan chat, mentioned that a lot of young people she speaks to day-to-day will say they’re planning on trying to get pregnant later in life. While there’s absolutely nothing wrong with this, it does sometimes mean that options are limited if egg stores have been depleted.

Having babies is a strange conundrum for the generation currently grappling with whether to do so. We assume that, when we decide, everything will fall into place and the stupid tropes about ‘having it all’ will become our reality.

That – as we’ve all seen among our own friends and families – unfortunately doesn’t always happen.

Realistically there should be an option on the NHS for us to get a clearer picture of whether we might need to take steps to protect our fertility.

At the moment, guidelines state you should see your GP after a year of trying without pregnancy, or earlier if you’re a woman over 36 or have a reason like cancer for any fertility concerns.

So most people’s first experiences of discussing their ability to have children biologically with a specialist already starts on a negative footing – as ‘damage control’.

I am very lucky that I was able to try this treatment. From the moment the receptionist smiled at me to counting my eggs with Allison and Dr Jaya, there was no sense that they were fixing a problem. Just that we were having a look.

The relief and mindset changes that have come with that have left me more prepared to think about the baby question and understanding my health a lot better.