A EURO 2020 fan park for up to 12,500 England fans to watch the Three Lions in this summer’s tournament is being planned for Trafalgar Square.

Giant TV screens will be erected to broadcast the tournament in June and July to allow the huge crowd to watch the action outdoors. 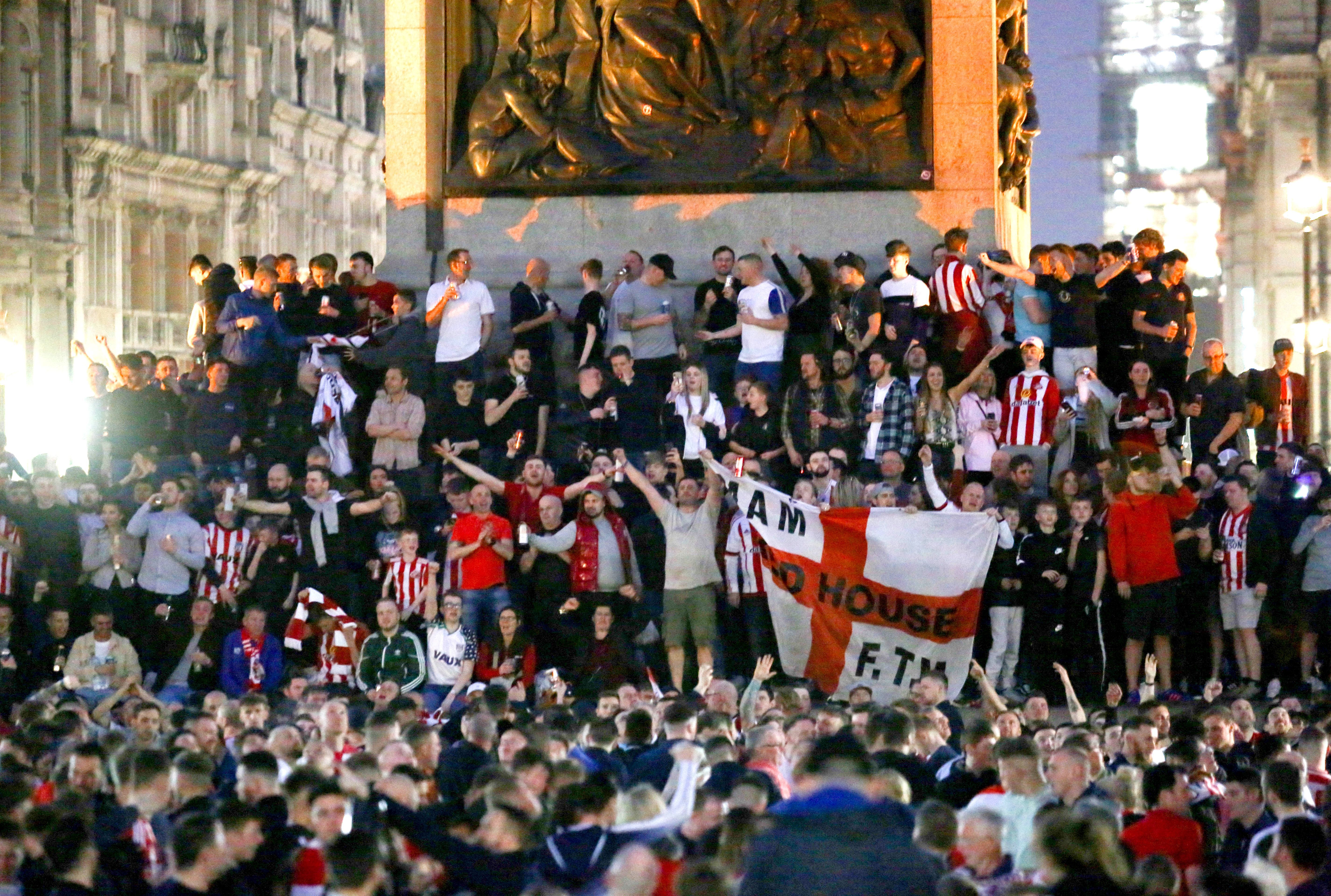 Some 12,500 England fans could watch the team play in the Euros in Trafalgar SquareCredit: Rex Features

Licensing papers seen reveal all seven games played at Wembley Stadium would be shown as part of England’s role as co-host of the tournament.

There would even be a bar onsite to allow supporters to raise a glass – or drown their sorrows.

Crowds are limited to a maximum of 10,000 with social distancing before lockdown restrictions are lifted on June 21.

England will play Croatia on June 13 and Scotland on June 20 – both in advance of the final step of Boris Johnson’s roadmap out of lockdown.

It’s likely fans will have to provide proof of a negative test or vaccination in advances.

England are also scheduled to play the Czech Republic on June 22.

But if Covid cases spike, the plug could be pulled.

Documents filed ahead of the event say a “focused Covid-19 Working Group” meet every fortnight to look at London-wide planning information. 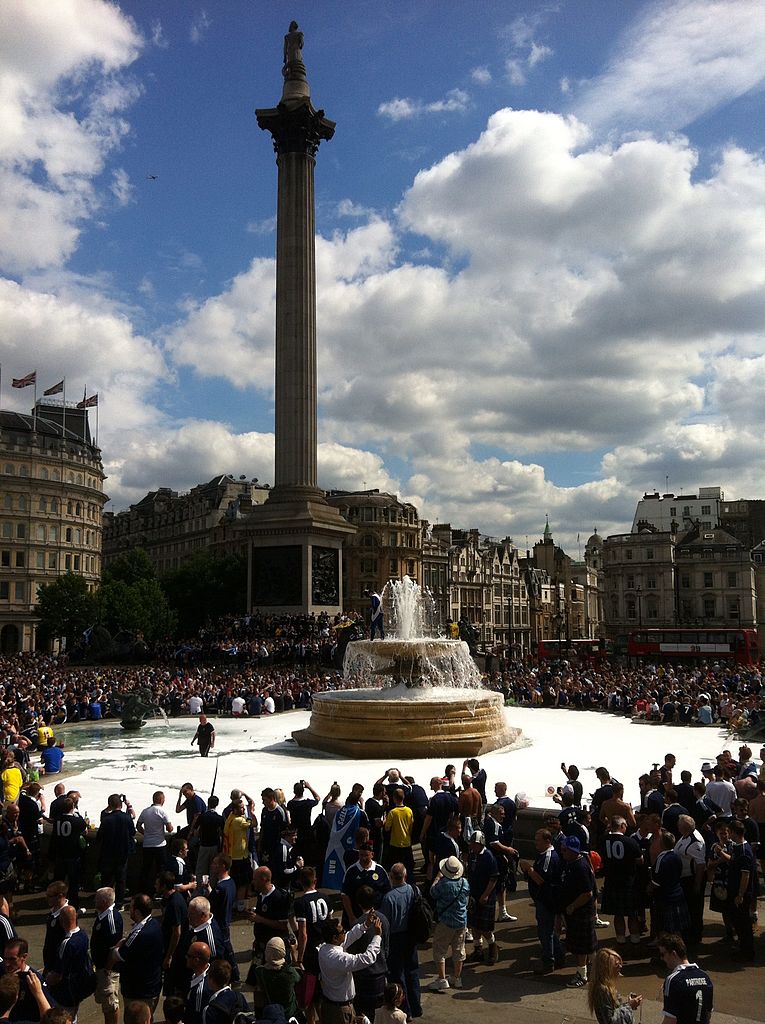 If the event is given the green light, 10,000 people will attend England’s first two gamesCredit: Getty 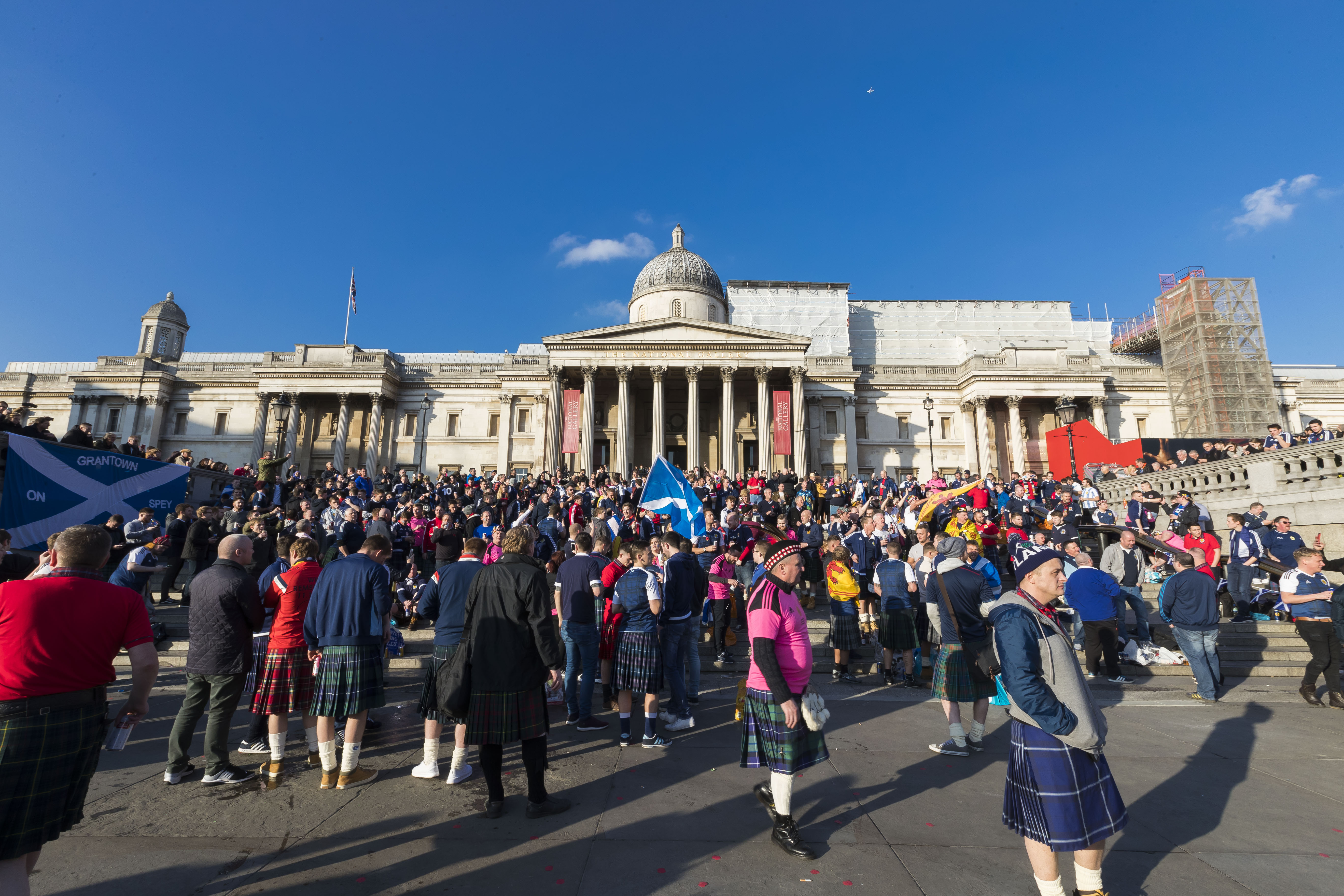 That’s because Boris Johnson’s roadmap out of lockdown only allows that number to gather until June 21Credit: Roddy Scott – The Sun Glasgow

And details of the event might “change throughout the course of the planning process”, they say.

If England get through to the prestigious knock-out stages the screens would be permitted to show those games as well.

Tickets for the huge screening would not be sold, but given out for free through a public ballot.

Earlier this month, it was revealed that Brits heading to mass events will have to hand over Covid documentation before they attend.

A trial for the scheme – which eventually could allow bars and big events to abandon social distancing – will be unrolled soon.

The FA Cup final, an FA Cup semi-final, the League Cup final and the World Snooker Championship are taking part, with the Brit Awards also in discussions.

What events will form part of the Government’s Covid passport scheme?

The FA Cup semi-final between Leicester and Southampton on April 18, the League Cup final between Manchester City and Tottenham on April 25 and the FA Cup final on May 15, all at Wembley Stadium, will be involved in the pilot scheme.

Officials at Brent Council – where Wembley is asked – have written to residents asking them to register interest in attending the first two games.

They said each attendee must return a negative test 24 hours before the game and show proof to gain entry.

Once they return home, they must be tested again, the council said.

The tests will also be used for the World Snooker Championship, which runs between April 17 and May 3.

Meanwhile, a spokesman for The Brit Awards confirmed the scheme is being considered for the show on May 11.

They said: “We hope this year’s show can be part of the pilot scheme.”

Leicester’s semi-final clash with Southampton will have 4,000 spectators, while Wembley bosses are hoping to be allowed up to 20,000 fans for the FA Cup Final.

The events will run throughout April and May.

It’s understood officials want enough information from the tests to see if they can reopen large events from as early as mid-June.

The events in April will require a negative test – but in May, health chiefs hope an updated NHS app can show whether those heading to a big event have had a jab, negative test or antibodies.

If the trials are successful, passports could also be used eventually in pubs, restaurants, nightclubs and cinemas.

It was revealed earlier this year that thousands of people could be allowed to attend Wimbledon and music festivals this year with the introduction of rapid tests.

And the Government is also considering sending sports fans a Covid test along with their tickets.