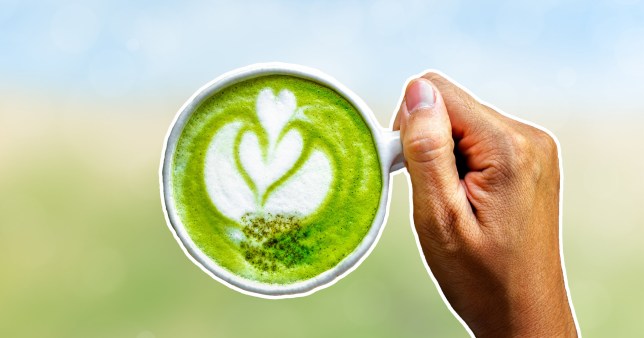 Caption: Paper: How to get an energy boost without hitting the coffee
Provider: (Picture:Getty)

When you’re used to that caffeine kick from your coffee and tea, it can be hard to make the switch to a healthier alternative – but your body will thank you for doing it.

‘Like every stimulant, caffeine is addictive,’ says nutritionist and chef Olivia Nottin, founder of Matcha and Beyond.

‘It works on your brain and nervous system and helps you to stay alert and prevents tiredness.

‘Not all sources of caffeine are the same and have the same effects. Coffee, for instance, has a high caffeine content and will promote an instant release of energy.

‘This type of energy will react quickly, which will then cause a drop of energy later, hence the highly addictive effect.’

Give our swaps listed here a try to get your energy fix. 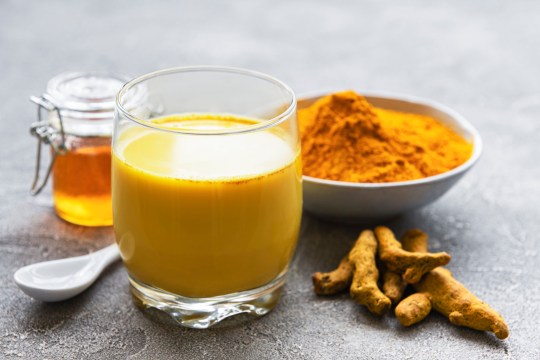 You’ll forget you ever had a latte addiction when you try this delicious concoction which contains spices, such as ginger, cinnamon, turmeric, black pepper, cardamom, vanilla and honey.

‘The main ingredient is turmeric, which is a natural blood purifier that will enhance the releases of toxins and is also a great source of antioxidants to fight against oxidative stress.’

You can buy pre-made golden milk powder or you can make the drink fresh from scratch yourself. At home, in a pan, combine 250ml of full-fat milk with a ½ teaspoon of ground turmeric, ¼ teaspoon of cinnamon, 1/8 teaspoon of ground ginger, a pinch of black pepper, and a dollop of honey to taste. Heat the mixture slowly, stirring frequently.

Want the hit of an espresso? Try Teeccino

If you’ve got a strong coffee addiction, try Teeccino. It’s a blend of caffeine-free chicory, carob, dandelion, barley and fruits and nuts, and comes in lots of different flavours. Many former coffee addicts say it tastes nearly identical to coffee.

Chicory has been shown to stimulate your gallbladder to produce more bile, which can help with fat digestion. An added bonus is that Teeccino is full of a dietary fibre called inulin.

‘These dietary fibres in plant-based foods are prebiotics, which are beneficial to support gut health and can improve digestive health,’ says Nottin. ‘Coffee is highly acidic, and it can damage the lining of your gut if consumed in excess.

‘If you already have gut problems, it is advised to reduce your coffee intake and you are encouraged to consume more dietary fibres, which can be found in plant-based food like chicory or other vegetables.’ 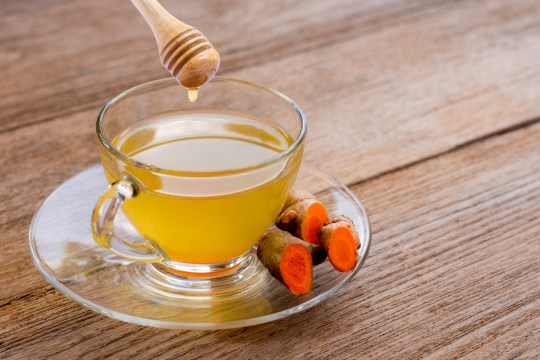 This tea has a spicy, earthy kick to it, but packs a punch in terms of its health benefits, especially if you need to concentrate and stay alert.

It contains an active ingredient called curcumin, which studies have shown to reduce memory loss and the risk of Alzheimer’s.

Turmeric also has proven anti-inflammatory and anti-cancer properties and cultures with long life spans regularly consume turmeric in some form. 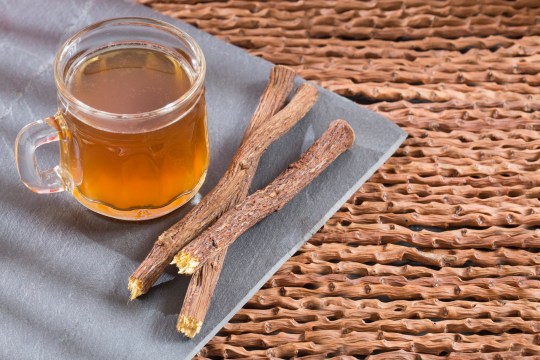 If you’re a recovering sugar junkie, liquorice tea can help ease your cravings thanks to the natural sweetener it contains called glycyrrhizin. However, it is an acquired taste, so won’t be for everyone.

‘Liquorice tea is a natural remedy for gastrointestinal relief and to soothe acid reflux,’ says Olivia. ‘But take it easy. Over consumption could have some sides effects. Avoid regular consumption if you have high blood pressure, a history of heart disease or are pregnant.’

Reluctant to give up your caffeine-laden fizzy drink? Try kombucha 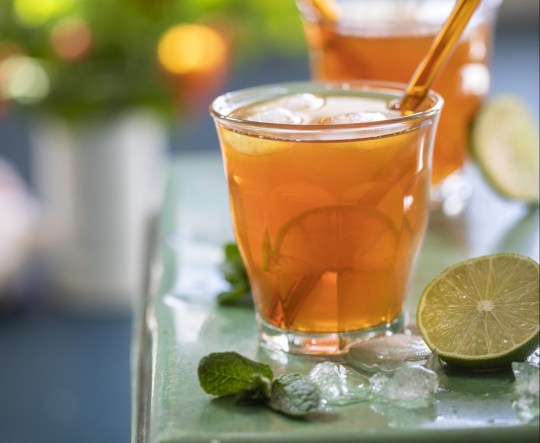 Kombucha is a fermented drink made from sweetened tea (the bulk of the sugar burns off during the fermentation process) and a bacteria and yeast culture called scoby.

There are plenty of flavours available such as elderflower and lemon, berry and peach, or if you’re competent in the kitchen, you can even make your own!

‘Like all other fermented foods, Kombucha contains live bacteria (or probiotics) that support gut health and aid in food digestion,’ says Olivia. ‘The probiotics also called “good bacteria” help maintain a healthy gut by restoring the balance between the harmful and good bacteria.’

Got the habit of an after-dinner coffee? Try chamomile tea 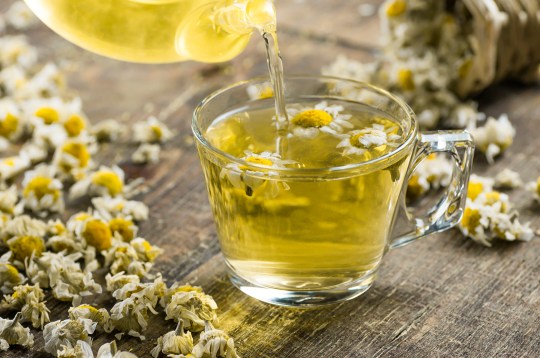 A coffee can be a nice way to end a good meal, but when you should be trying to wind down in the evening, it’s not conducive to a good night’s sleep.

‘Chamomile tea is one of the most effective herbal teas to induce sleep and promote relaxation,’ says Olivia. ‘It also helps maintain healthy blood sugar balance and reduce inflammation.’ 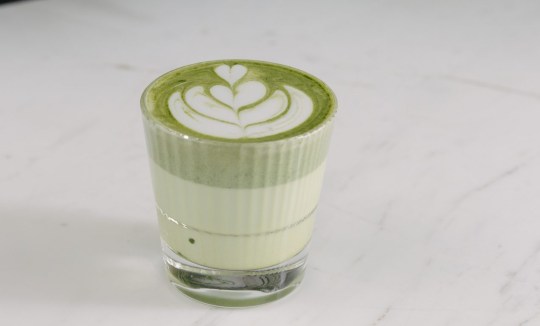 Try as a shot, a long tea, or a latte (Picture: Getty Images)

Matcha tea is the Usain Bolt of green tea that will keep you going when you’re flagging. It’s made by steaming, drying and grinding the leaves of the Camellia sinesis plant into a fine green powder.

What makes it different to run-of-the-mill green tea is that the whole leaf is consumed, which means you get even a bigger dose of anti-oxidants.

‘Matcha green tea also contains caffeine (in smaller amounts) but combined with L-theine the release of energy is much slower and sustainable,’ says Olivia, ‘which will promote a longer lasting effect without the spikes and crashes.

‘It’s comparable to the release of energy provided by simple versus complex carbohydrates.

‘Because matcha is whisked with water, the consistency of the shot is very close to the consistency of an espresso shot, you can then choose to drink it as it is, add more water or the milk of your choice and build your perfect drink. Matcha has a natural sweetness with slight vegetal overtones and a creamy texture.’