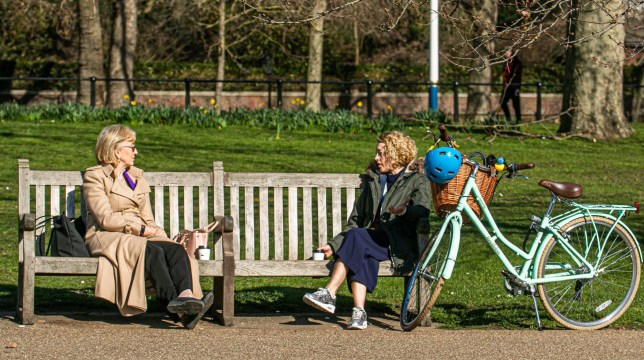 The ‘rule of six’ will return soon. (Picture: Getty)

Since the third lockdown was introduced in the UK at the beginning of this year, outdoor activities have been limited to socially-distanced exercise with a maximum of one other person.

On March 29, however, this is set to change – if the number of coronavirus cases continue to drop.

The ‘rule of six’ will return, meaning people can gather in groups of up to six people (or two households) outdoors.

But how safe is meeting outdoors in terms of the infection rate?

How safe is meeting outdoors?

Studies have shown that ventilation is vital in terms of Covid-19 spreading. 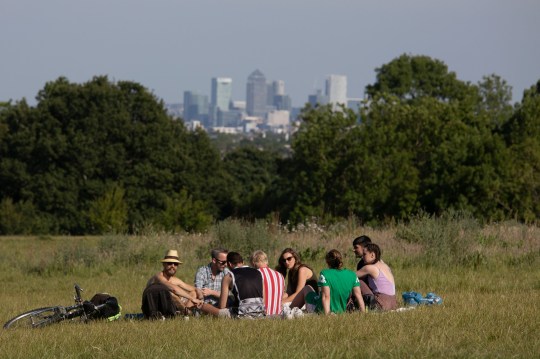 Summer picnics are back on the menu – but remain distanced. (Picture: Getty)

Viral loads can be released in two forms: aerosols (small particles that remain suspended in the air), and larger droplets, which fall to the ground.

These particles are spread through talking, coughing, and sneezing – which can linger in closed-off spaces like public transport and homes.

Outdoors though, even aerosols are quickly diluted by fresh air. The larger droplets fall to the ground, and can no longer be inhaled.

It’s a lot less likely that you’ll touch an infected surface outdoors, too.

How can I meet up outdoors safely?

Washing hands, and remaining socially-distanced, are key factors in reducing the risk of transmission.

As droplets are transmitted when we talk, keeping a two metre distance away from people remains important.

Keeping clear of crowds is crucial, too, as being in close proximity to a large number of people can make being outside less safe.

Wearing a mask also reduces risk, and continues to be advised by public health officials.

Couple give tired period home a DIY makeover and up the value by £73,000