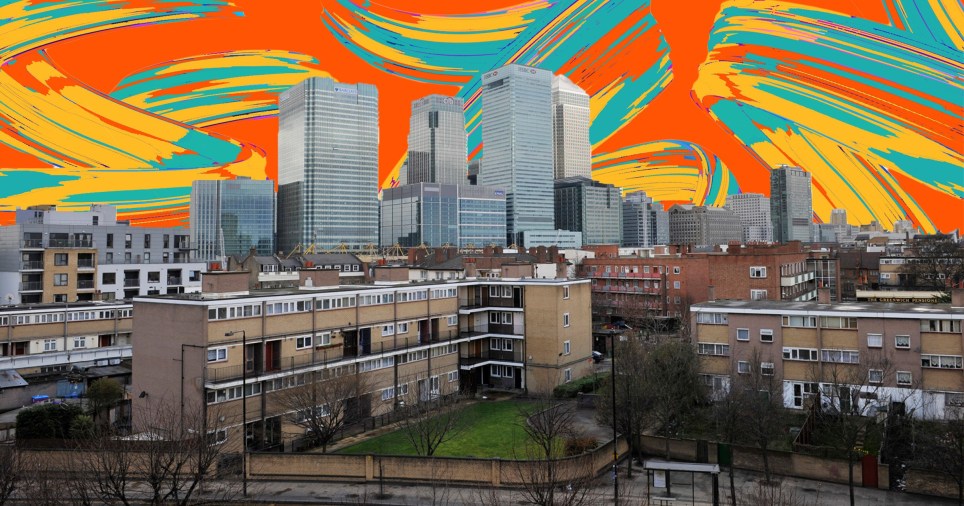 Why do urban areas have such few trees and green spaces? (Picture: Getty)

It’s no secret that the immediate impacts of climate change affect the most vulnerable the hardest – namely the poor, those in less economically developed countries and residents of urban areas.

High-rise buildings, narrow roads, and a lack of greenery are all staples of urban city life. And Black, Asian and other minorities are the most likely to live in such areas.

When eight-year-old Ella Kissi-Debrah became the first person to have air pollution listed as a cause of death, it sent the stark message that minority groups are especially at risk of the dangers of increased carbon emissions.

The case drew to light how Black Londoners are more likely to be exposed to toxic air, with Black children 4.2% more likely to be hospitalised due to exposure to high levels of nitrogen dioxide pollution than anywhere else in the country.

Car fumes aren’t the only example of climate discrimination – racism and inequality can manifest in our environment in several areas; in our roads, housing, trees and parks.

In short, racism is in the air.

‘There is a clear correlation between green space deprivation and ethnicity,’ says Dr Jaise Kuriakose, a lecturer in energy and climate change from the University of Manchester. ‘Black and other minorities are at least twice as likely to be deprived of green space compared to a white person in the UK.

‘The disparity is strong in cities like London, where green space access is really poor in places that have a high minority population.’

A greater abundance of greenery in urban areas can provide fresher air, ample space for leisure and boost mental health. 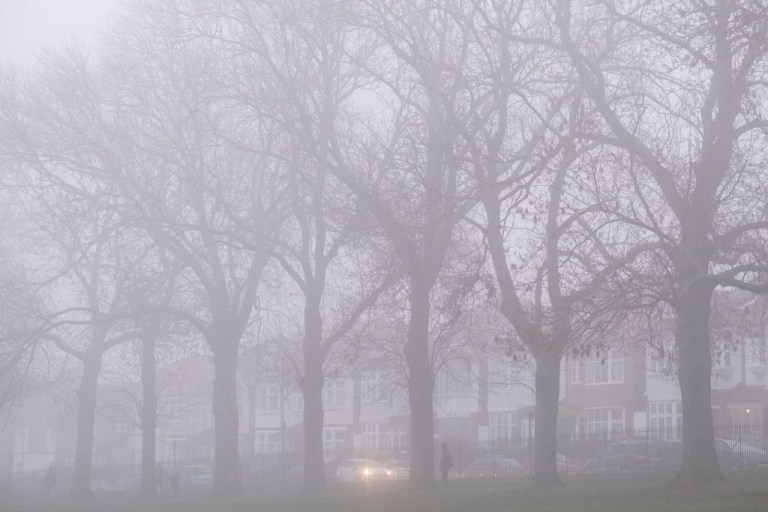 An early November morning in London, where the hourly legal limit for nitrogen dioxide was exceeded in 2016 (Picture: Richard Baker/Getty)

Trees are crucial in the fight against climate change. They remove carbon dioxide from the air, storing carbon in the trees and soil and releasing oxygen into the atmosphere.

But distribution of trees is unequal.

In the US, the chasm is more evident; a history of redlining – where services are refused based on race – has meant Black Americans have ended up living in urban areas with poorer infrastructure, including less access to nature spaces.

Neighbourhoods that were redlined have fewer trees – meaning they don’t get the health benefits of nature and the towns are much warmer, as they cannot benefit from shade and transpiration cooling. The effects of this are obvious when you consider that extreme heat kills more than 1,300 people in the United States every year.

Studies also show that an abundance of trees can help deter crime. Researchers found that for every 10% increase in tree canopy cover, there was a 15% decrease in the violent crime, and a 14% fall in the property crime rate.

Authors wrote that trees can help to increase ‘eyes on the street’ through recreational use, reduce mental fatigue (which can lead to crime), and offer landscaping that makes residents feel they’re cared about.

In the UK too, rural areas have lower crime rates than cities.

But communities of colour don’t always have access to amenities such as a huge abundance of trees and the benefits that come with it.

As someone who moved to the UK from the US, Charise has seen first-hand how inequality manifests. She explains that green spaces are up for grabs to those who can afford the land.

‘The English land system is actually one of the main drivers of environmental inequality here,’ she says.

‘There’s not much land that isn’t already spoken for: half of the land is owned by less than 1% of the population, and less than 10% of England’s land is accessible to the public. So, land is limited and expensive.

‘Land accounted for 70% of the price of a home by 2016 – and of course, the closer a home is to decent infrastructure, like properly funded schools, public transportation and green space, the more it costs.’

So, working class groups (many of whom are ethnic minorities) end up in these natureless areas due to the cost of living in green utopias.

‘Race and health disparities, race and housing disparities – these things are all connected,’ adds Charise.

‘For instance, minority families and individuals are more likely to live in deprived areas with overcrowded, inadequate housing conditions than white people; they are often discriminated against in the private rented sector and social housing.’

She’s not wrong – 44 of the most deprived local authority areas in England contain four times more Black and minority ethnic groups than other areas.

Research from the Chartered Association of Building Engineers in the UK found that in urban areas Black and minority ethnic people tend to have access to less local green space – and the space they do have is of a poorer quality.

Their research found that areas that have almost no Black and minority residents have six times as many parks as places where more than 40% of the population are Black and other ethnic minority backgrounds. If all types of public green space, not just parks, are looked at, the difference is 11 times.

The capital has come under fire for its dangerous toxic air in the past. In 2016, London’s air exceeded the hourly legal limit for nitrogen dioxide for over 4,000 hours, springing the Greater London Authority into action.

Since then, the Mayor has supported the planting of over 280,000 trees in London and hopes to do more.

A GLA spokesperson tells Metro.co.uk: ‘Funding has been committed to plant more than 140,000 trees by March 2022. This includes two new accessible woodlands in London’s green belt in Enfield and Havering, spanning 84 hectares, and over 4,000 street trees being planted this winter.’

While that’s a welcome initiative, there are still inequalities that currently place Black and brown people in vulnerable areas. 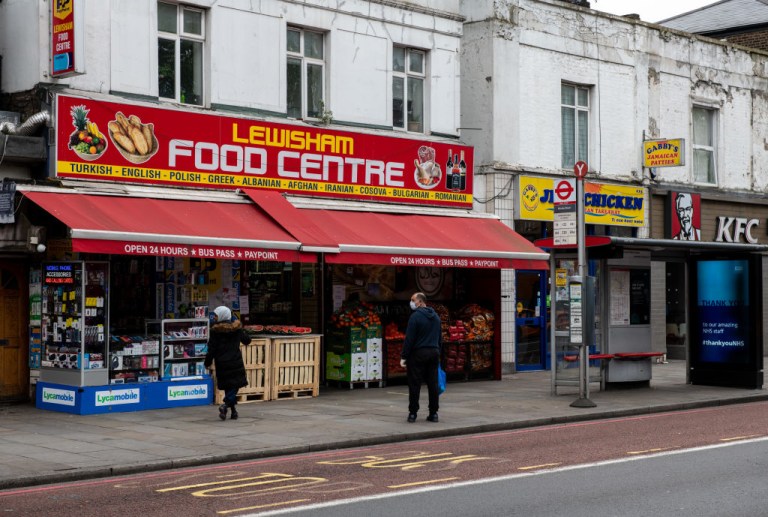 Even if there are plenty of new trees planted in urban areas – what about people who live in high-rise buildings? A person on the 12th floor will not have the same access to natural spaces as someone on a ground floor.

Professor Danny Dorling, from the University of Sheffield, says such estates are Britain’s counterparts to US ‘ghettos’.

He tells us: ‘Britain has no neighbourhood ghettos that correspond to the situation in the United States. However, cut Britain up horizontally rather than by neighbourhood and you do find minority-majority areas.

This paints a stark picture – predominantly Black children growing up in buildings without adequate greenery, on estates where pollution levels are high.

‘Cars are a much much bigger problem than trees. Cars kill directly but also pollute the air – the well-off tend to drive them through the neighbourhoods of the less well-off when (before the pandemic) they drive to work in London. The poor sit on a bus.’

Professor Dorling cites research by the University of the West of England, Bristol, which found that while young children, young adults, and households in poverty have the highest levels of exposure to air pollution, it is the richer households who are more responsible for it.

‘People living in the middle of cities are much more likely not to own cars; but also more likely be living in areas where there is a concentration of pollution from the exhausts of cars driven into and through the city by people who live in the suburbs.

‘Similarly people living in cities are more likely to be hit by a car when crossing the road, as they are less likely to be be driving that car. If Black folk live inside the city more often, you can see the racial inequality that results.’ 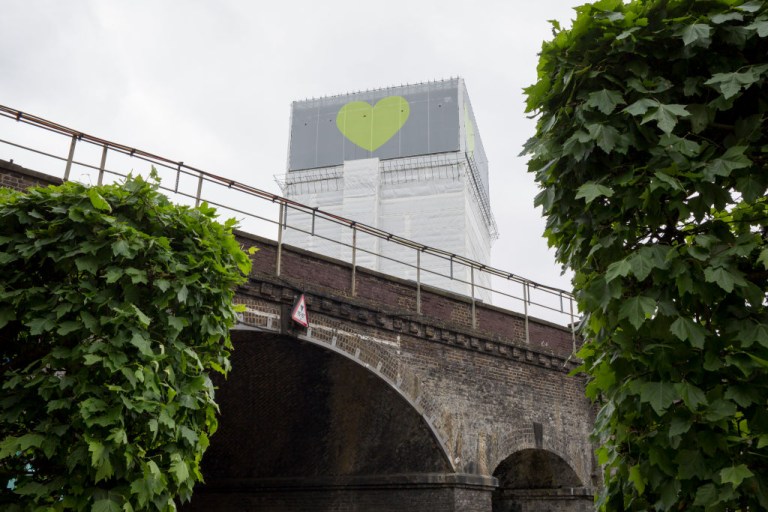 Who is responsible for these inequalities?

International Development Adviser Vijay Krishnarayan, who has researched race and disadvantage in economy and space, says the problem lies with planning – the development and design of land and the built environment.

‘The British planning system has tended to reflect existing patterns of social and economic disadvantage rather than address it,’ he tells us.

‘In the 80s, the trend towards centralising the planning system and presumption in favour of development meant that those without voice or influence (working class ethnic minorities) were at best neglected and worse endangered. Fast forward 30 years and the structural issues remain.’

In other words, those at the top decided who gets access to what, favouring gentrification, leaving out vulnerable groups such as ethnic minorities.

The solution, while complex, is to divest powers into local communities, says Vijay.

‘The planning system holds the key to addressing the issues of disadvantage. Local democracy (such as councils and local mayors) is critical in making the system responsive to (and accountable) to the needs of people who have to live with the consequences of planning decisions. There is a tendency to vest powers with central government rather than local authorities, which emasculates councils.

‘The localism agenda has seen the emergence of directly elected mayors and this could be one mechanism that helps address some of the challenges we see.’

What is being done about it?

The movement for awareness and action is certainly afoot. Since the BLM protests last year, one group, Planning for Justice, was launched by the London School of Economics students.

Katie Mulkowsky from Planning for Justice tells us that urban planners are akin to public health practitioners; the work they do shapes lives.

‘Systemic racism has shaped our built environments, the same communities on the front lines of police brutality are also the ones most vulnerable to both Covid-19 and climate change.’

She says issues of green space, housing and infrastructure are all inextricably linked.

‘Beyond green space, these forces manifest in such issues as housing access and quality; proximity to social services, well-resourced public schools and well-connected public transportation; access to affordable and culturally relevant food; the availability of economic opportunities; and, beyond survival, the ability to meaningfully enjoy leisure activities.’

The Black Lives Matter movement last year illustrated some of the most violent forms of racism. But, as our experts point out, it’s not just individuals that can hurt people. Inequality is all around us.

But accountability, awareness, and restructuring could be the starting places needed to demolish racism and inequality.

This series is an in-depth look at racism in the UK in 2020 and beyond.

We aim to look at how, where and why individual and structural racism impacts people of colour from all walks of life.

It’s vital that we improve the language we have to talk about racism and continue the difficult conversations about inequality – even if they make you uncomfortable.

We want to hear from you – if you have a personal story or experience of racism that you would like to share get in touch: [email protected]

Where Prince Harry’s ‘exes’ are now