THIS interactive map shows how people have tragically died of Covid in your local area since the pandemic began.

The data from the Government coronavirus dashboard reveals the places that have taken the brunt of the disease.

You can view the interactive map by clicking here.

Castle Point, in Essex, has recorded the most fatalities relative to its population size – 393.9 per 100,000 people have died of Covid within 28 days of testing positive.

South East England was the epicentre of the latter part of the second wave, which peaked in January, due to the new UK variant.

It was first detected in Kent – which also suffered huge death tolls as a result of the strain silently spreading during December – before moving through Essex, London, and later the rest of Britain.

The sheer impact the new variant had on the South East can be seen by comparing the cumulative death toll before and after it emerged, in September.

West Devon and South Hams – both with the lowest cumulative death totals in England at 57.4 and 44.8, repsecitvely – saw hardly any more deaths in the second wave. 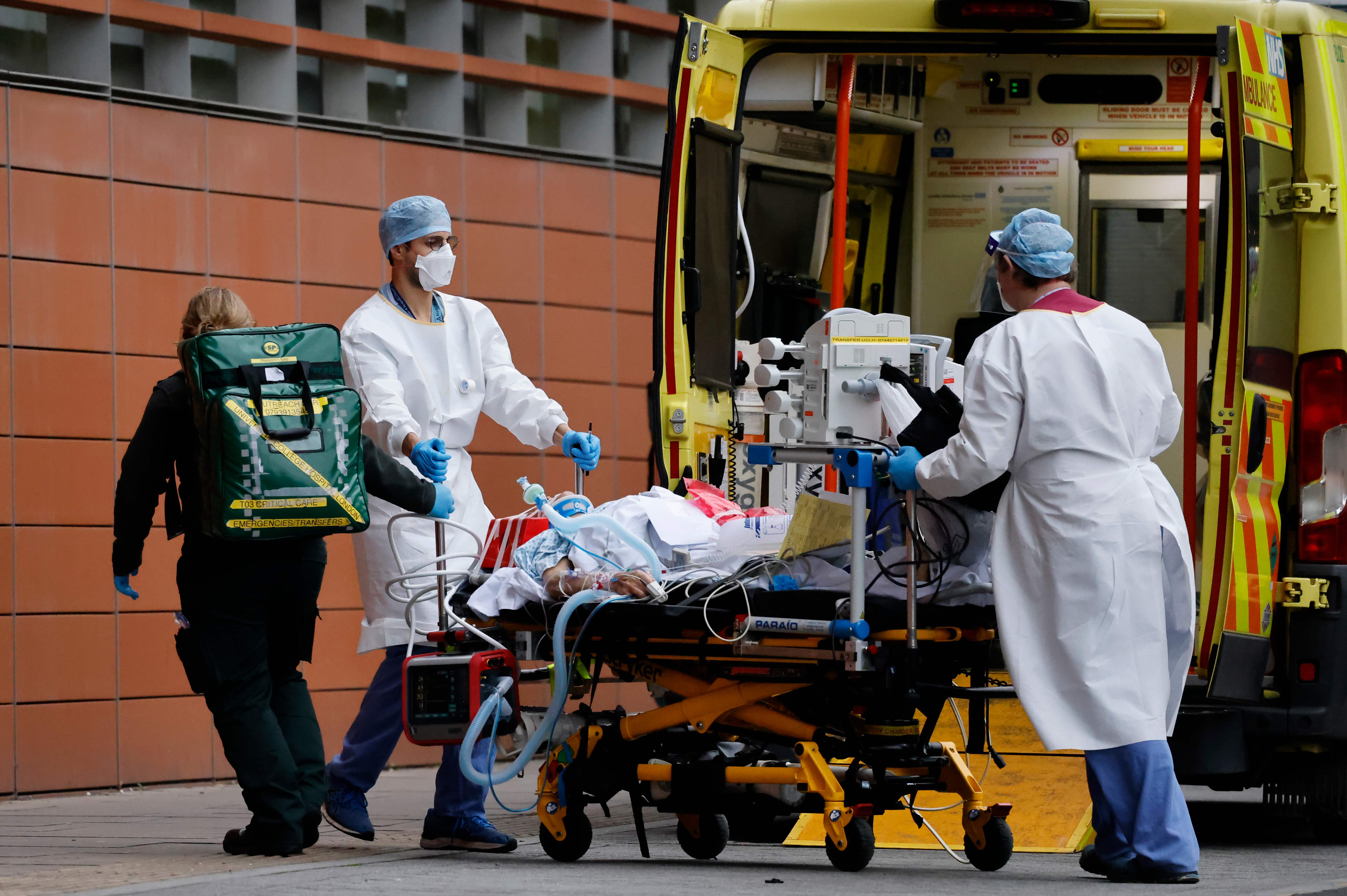 The South East was hardest hit by the second wave. Pictured: Medics take a patient from an ambulance into the Royal London hospital in London on January 19Credit: AFP or licensors

Orkney Islands, in Scotland, has had the fewest deaths per 100,000 people during the course of the pandemic in the UK.

It also has suffered the smallest number of deaths per cumulative total, regardless of the population size, with three people dying of the disease since March 2020.

Where are the highest Covid death tolls?

The Department of Health (DOH) provides figures for deaths within 28 days of a positive test result, a method of counting fatalities it switched to in August.

It also provides the number of deaths where Covid was written on the death certificate – which can be deaths both confirmed and suspected to involve the disease, and not only those proven with a test.

Counting fatalities using death certificates gives a higher number because they take into consideration anyone who may not have been given a Covid test before their death, but were showing the signs of the disease.

Data for Wales is only available using the death certificate counting method.

The top five authorities with the highest death tallies in Wales are in the south, the corner of the nation hardest hit by the second Covid wave.

The virus ravaged the former mining communities in the Welsh valleys, which also has higher levels of deprivation and health problems.

It comes as separate data from the Office for National Statistics reveals deaths have plummeted in the elderly since vaccinations were rolled out.

Deaths caused by confirmed or suspected coronavirus in the over-80s in England and Wales have fallen 79 per cent since a peak five weeks ago.

Deaths due to Covid in the over-70s also falling by more than 70 per cent.

A total of 2,914 deaths registered in England and Wales in the week ending February 26 mentioned Covid-19 on the death certificate, a drop of 29 per cent on the previous week.

The figure is the lowest total since the week ending December 25.

He added: “It’s impossible to tell from these data how much of this age difference is due to vaccination, but surely it must be having a real effect.”

It comes after England’s Chief Medical Officer Professor Chris Whitty said the ratio between the number of people infected and those who go on to die would be dramatically reduced as a result of vaccines.

Scientists believe that the natural mortality rate of Covid is around 0.5 per cent.

But with vaccines preventing severe disease and death, this will be slashed.

However, Prof Whitty said there will be another wave of Covid as restrictions eased, and the public need to expect more deaths.

Why do Zara Tindall and Peter Phillips not have titles?