AN ESSEX hospital is running low of oxygen supplies due to the record high numbers of Covid patients.

Southend University Hospital’s oxygen supply has reached a “critical situation” and bosses have had to take action to reserve stores. 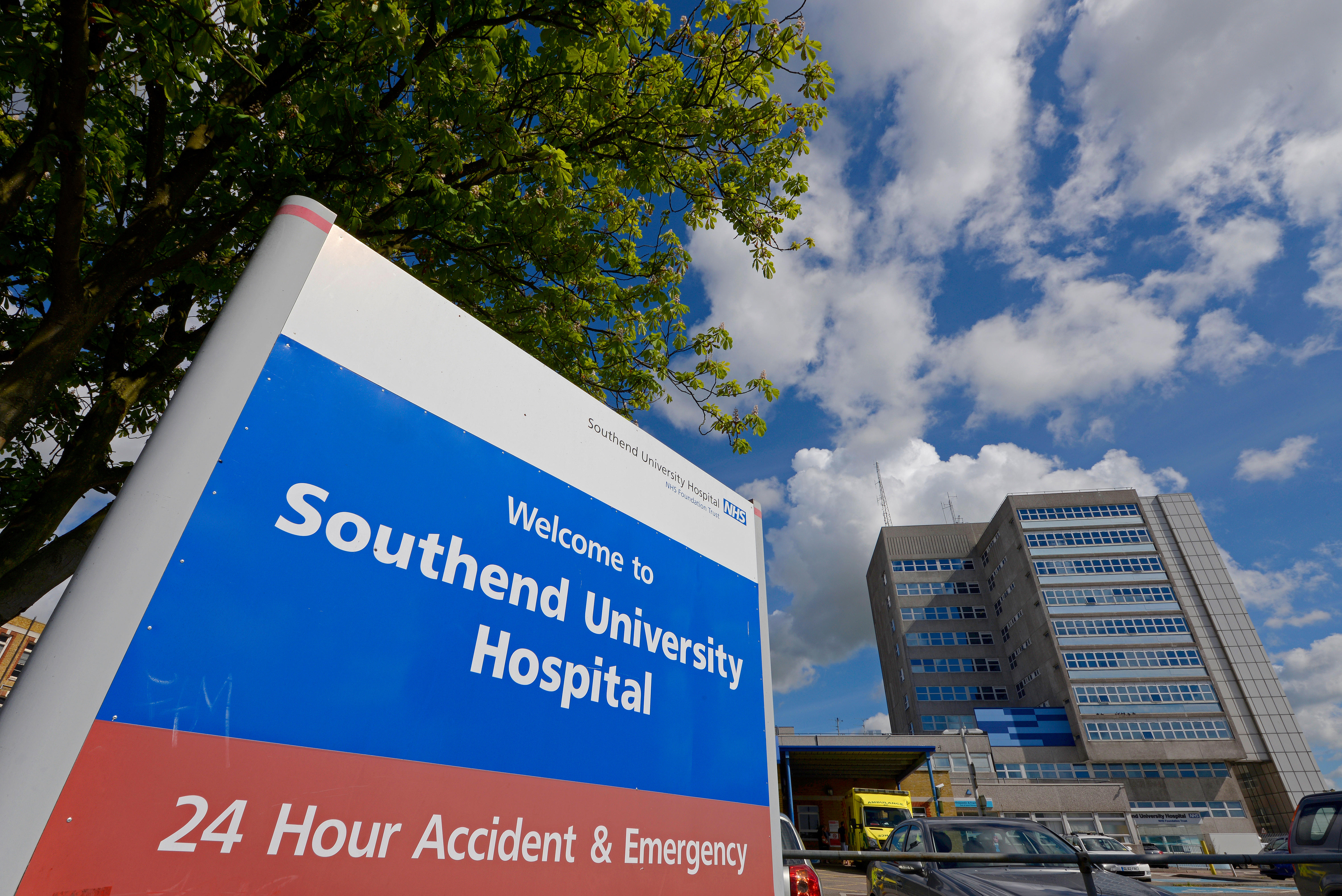 Staff have been told patients should have their oxygen “weaned” to lower amounts.

A letter said the target range for blood oxygen levels had been cut from 92 per cent to a baseline of 88-92 per cent, but that this wouldn’t cause any harm.

The Trust is treating twice as many Covid patients now as it was in April.

The document, shown to the BBC, said: “We have reached a critical situation with oxygen supply.

“It is imperative we use oxygen safely and efficiently. 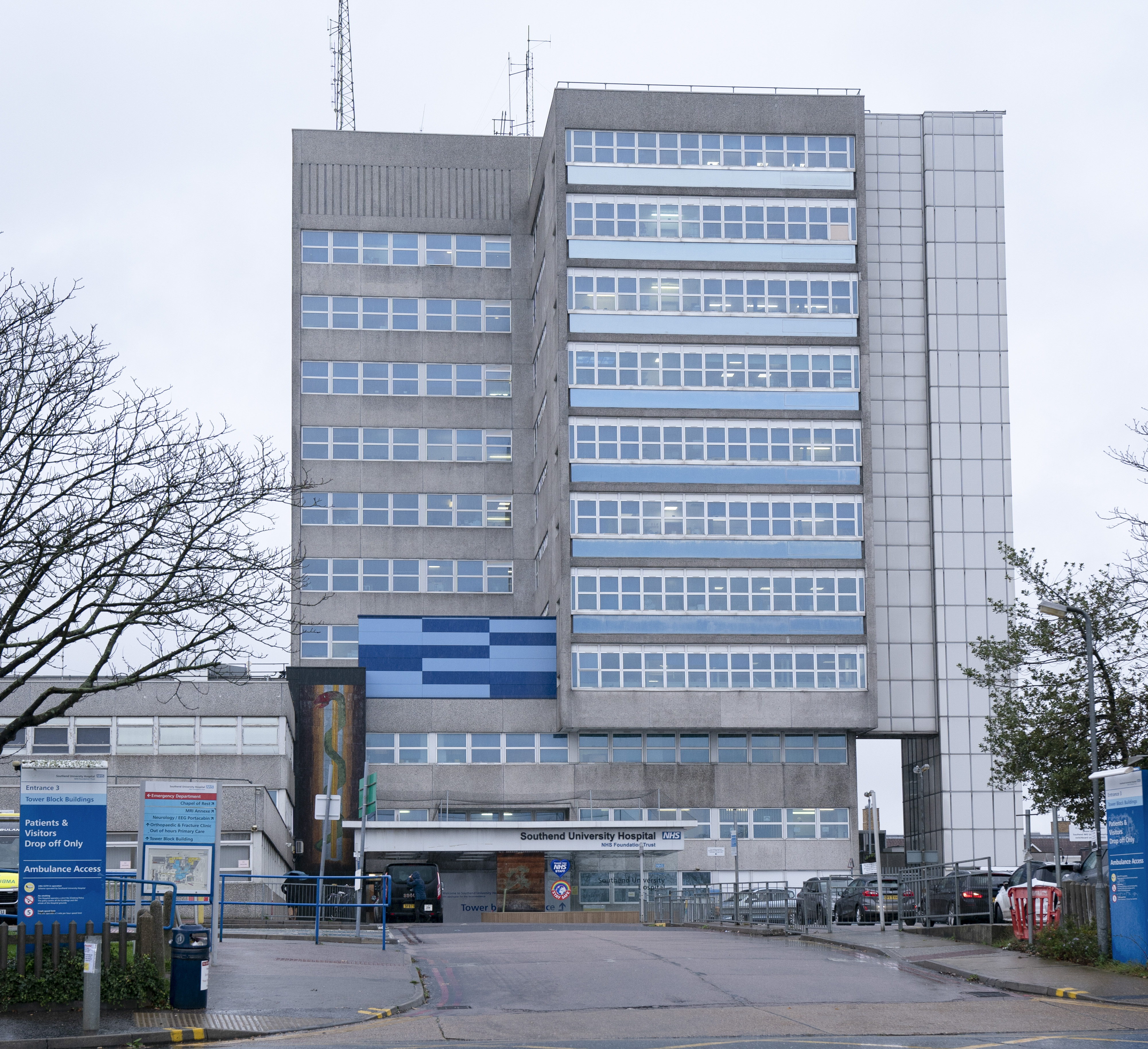 Staff have been told patients should have their oxygen “weaned” to lower amountsCredit: Paul Edwards – The Sun

“I can assure all that maintaining saturations within this target range is safe and no patient will come to harm as a result.

“It is imperative that this is acted on immediately.”

Yvonne Blucher, managing director of Southend Hospital, said: “We are experiencing high demand for oxygen because of rising numbers of inpatients with Covid-19 and we are working to manage this.

“The public can play their part by staying home and, where they cannot, following the ‘hands, face, space’ advice to cut the spread of the virus.”

Oxygen is given to Covid patients who are critically ill and whose infected lungs are struggling to allow oxygen to flow into the bloodstream.

Supplemental oxygen is given through various machines, including a ventilator or ECMO machine.

There are 581 Covid patients in the three hospitals run by Mid and South Essex Trust, according to the Government dashboard.

This reached a high of 829 on January 4 – twice as high as the worst day in the spring, when there were 374 inpatients on April 12. 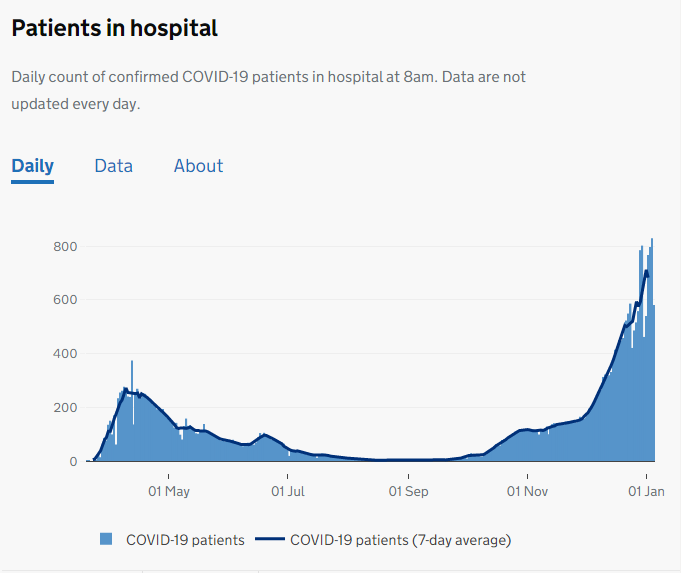 There are 581 Covid patients in the three hospitals run by Mid and South Essex Trust, according to the Government dashboard 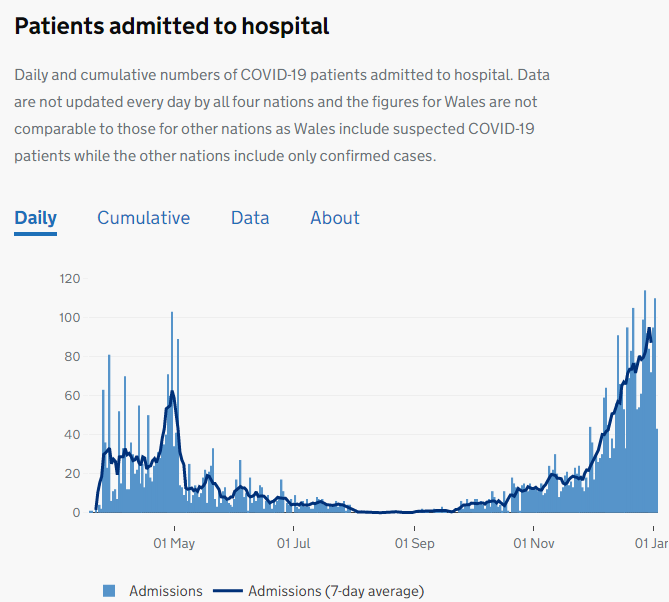 Around 43 new patients are being admitted to the hospitals every day, more than in the spring 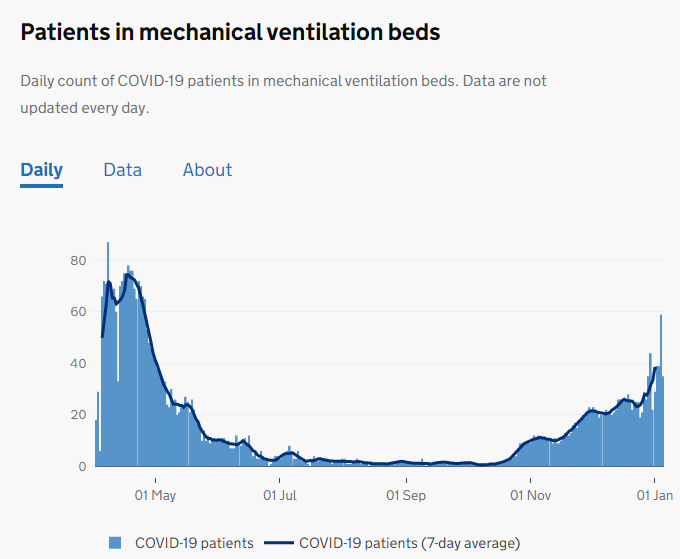 Around 43 new patients are being admitted to the hospitals every day.

The busiest day for admissions at the Trust over the course of the pandemic was December 28, when 114 were rushed in the doors.

The latest data shows 35 patients are currently on ventilation, far from the 87 in April.

Doctors used oxygen supply as a first route of therapy for Covid in the spring before learning more about the disease and how to avoid the invasive treatment.

Essex has some of the highest Covid-19 case rates in the country, after the new and more dangerous coronavirus strain rapidly spread in the south from September.

It recorded 2,261 new cases in seven days, and there will be potentially hundreds or thousands more who do not show symptoms and have not been tested.

The culmination of rising cases and dwindling staff numbers due to self-isolation rules is feared to completely exhaust the UK’s healthcare system within days.

The UK is now in another lockdown after the cheif medical officers warned the NHS was just three weeks away from being “overwhelmed”.

But it seems the restrictions may have been too little, too late, as some hospitals may be forced to withdraw critical care for patients.

NHS IN A “DIFFERENT LEAGUE” THIS WINTER

It comes as Professor Chris Whitty warns this winter “is in a completely different league” for the NHS.

“We will get through together, but at this point in time we’re at the worst point in the epidemic for for the UK,” he told BBC Breakfast this morning.

The Chief Medical Officer for England noted there were 30,000 people in NHS hospital across the UK – more than the 18,000 at the peak in April.

“A week ago, all the four chief medical officers for England, Scotland, Wales and Northern Ireland said: ‘This is going to be a significant crisis for the NHS unless we take evasive action’.

“This new variant is really pushing things in a way that the old variant – which was already very bad – was not able to.

“So, we have a very significtant problem”, he said.

Professor Whitty also urged people to cut contact with people as much as possible.

He said: “I can’t emphasise that enough. When you think about the pressures there are on the NHS at the moment, that is the thing that all of us can do to help relieve the pressures over the next few weeks.”