A HOPELESS romantic has been ordered to pull down a 22ft model of the Eiffel Tower he built when Covid scuppered plans for a lovey­-dovey getaway.

Nick Charman, 56, spent three months constructing the wooden replica of the Paris landmark for his front garden to surprise wife Bernie, 47, after they had to cancel the trip. 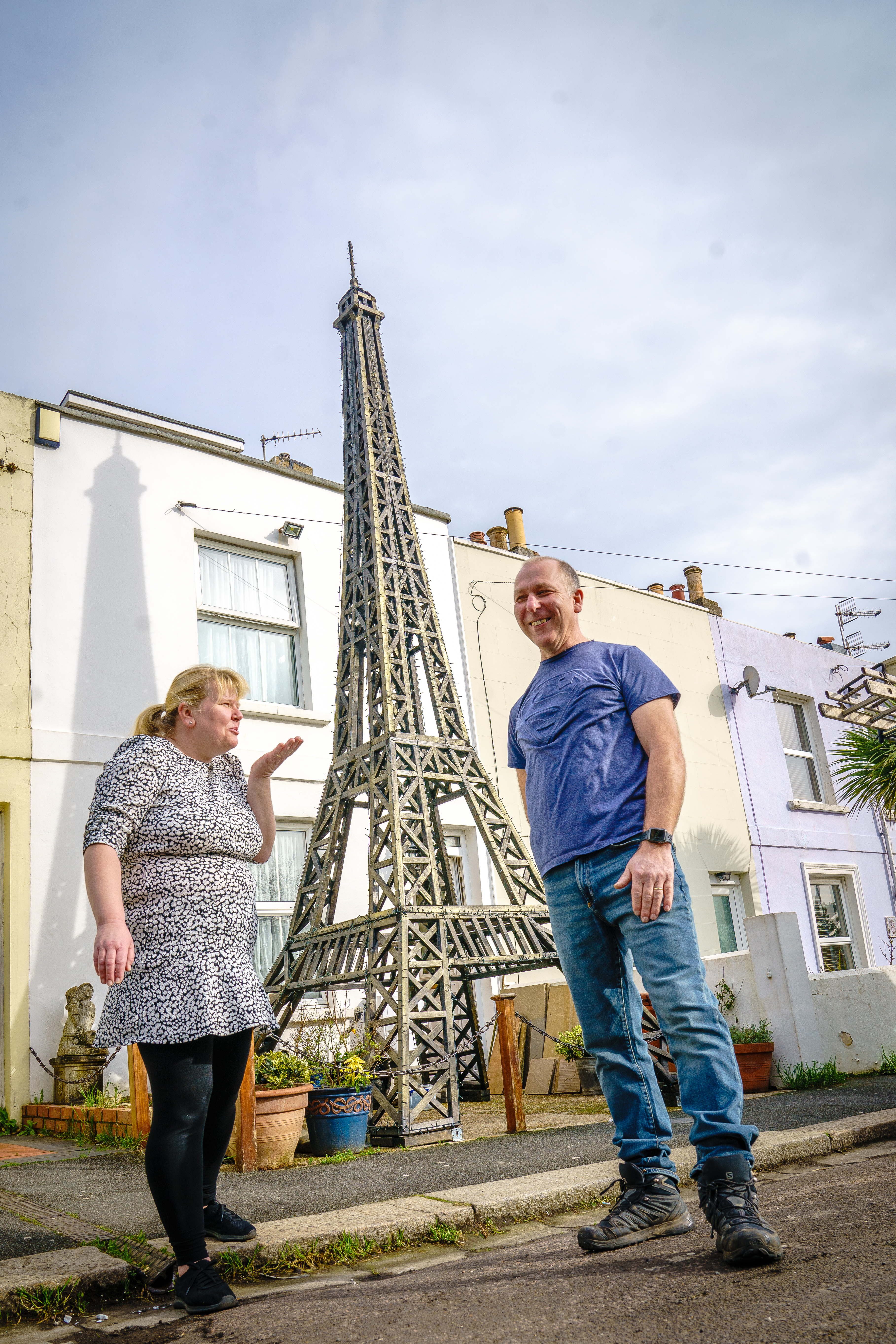 She was horrified when she first saw it but was won over when he illuminated it with Christmas lights.

But despite being a hit with neighbours, dad-of-seven Nick was told the structure broke planning rules and it had to come down. He said: “People have said really nice things about it but this just puts a bad taste in the mouth.”

So Nick found plans for the 1,024ft original online and spent £250 on materials to recreate it.

The couple honeymooned in Paris for six days in September 1995. They planned to return last year but were thwarted by the pandemic.

He told The Sun: “I thought if we can’t go to Paris then I’d bring it here for Bernie.” He started building it in his shed to keep it secret — but had to come clean when the model grew too big.

Bernie said: “He put so much effort into it. When it was first lit up, I was absolutely speechless.”

But council officials in Hastings, East Sussex, gave Nick until today to remove it. He hopes it can be sold to raise money for charity. 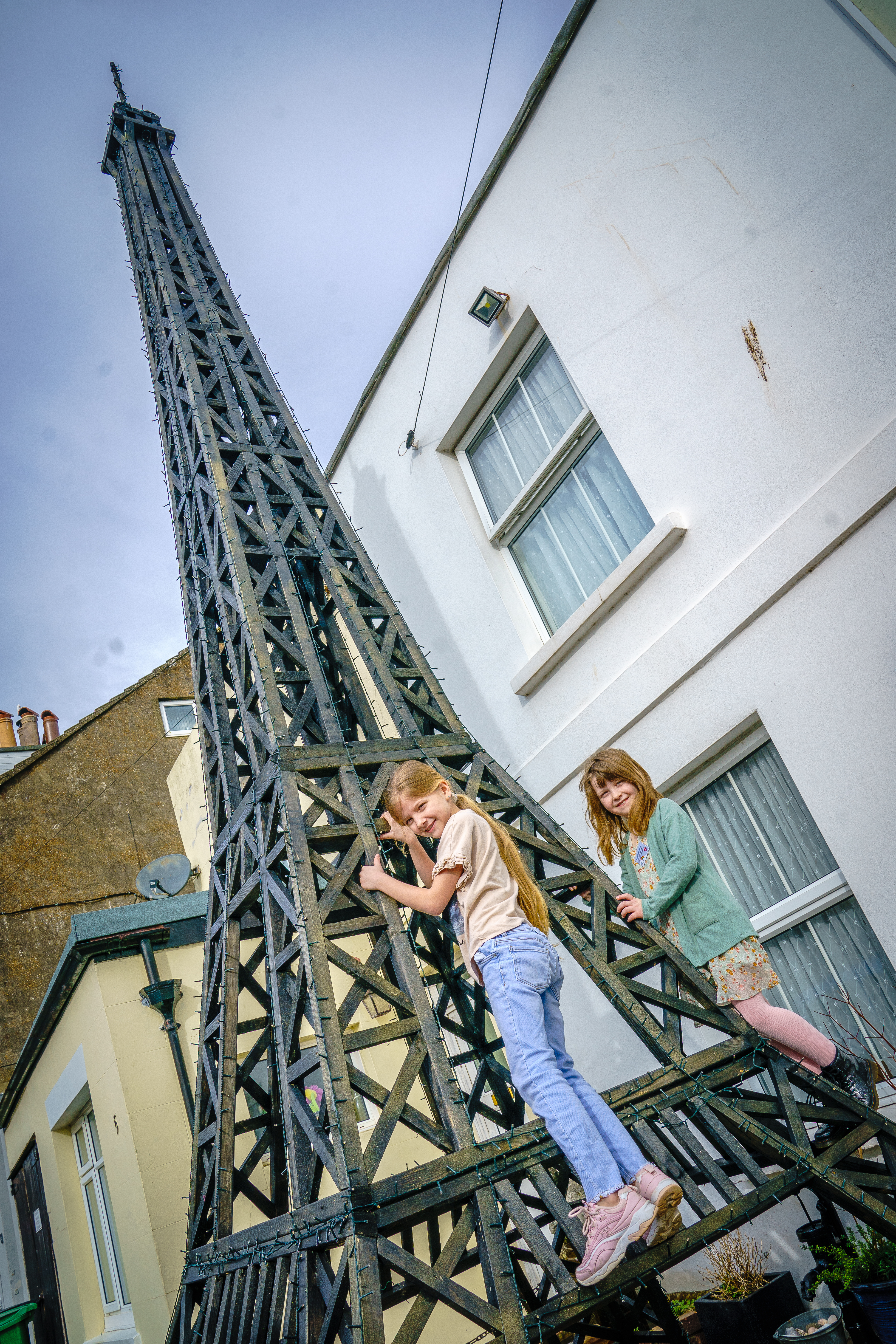 The couple’s kids climb the 22ft model of the landmarkCredit: Splash News 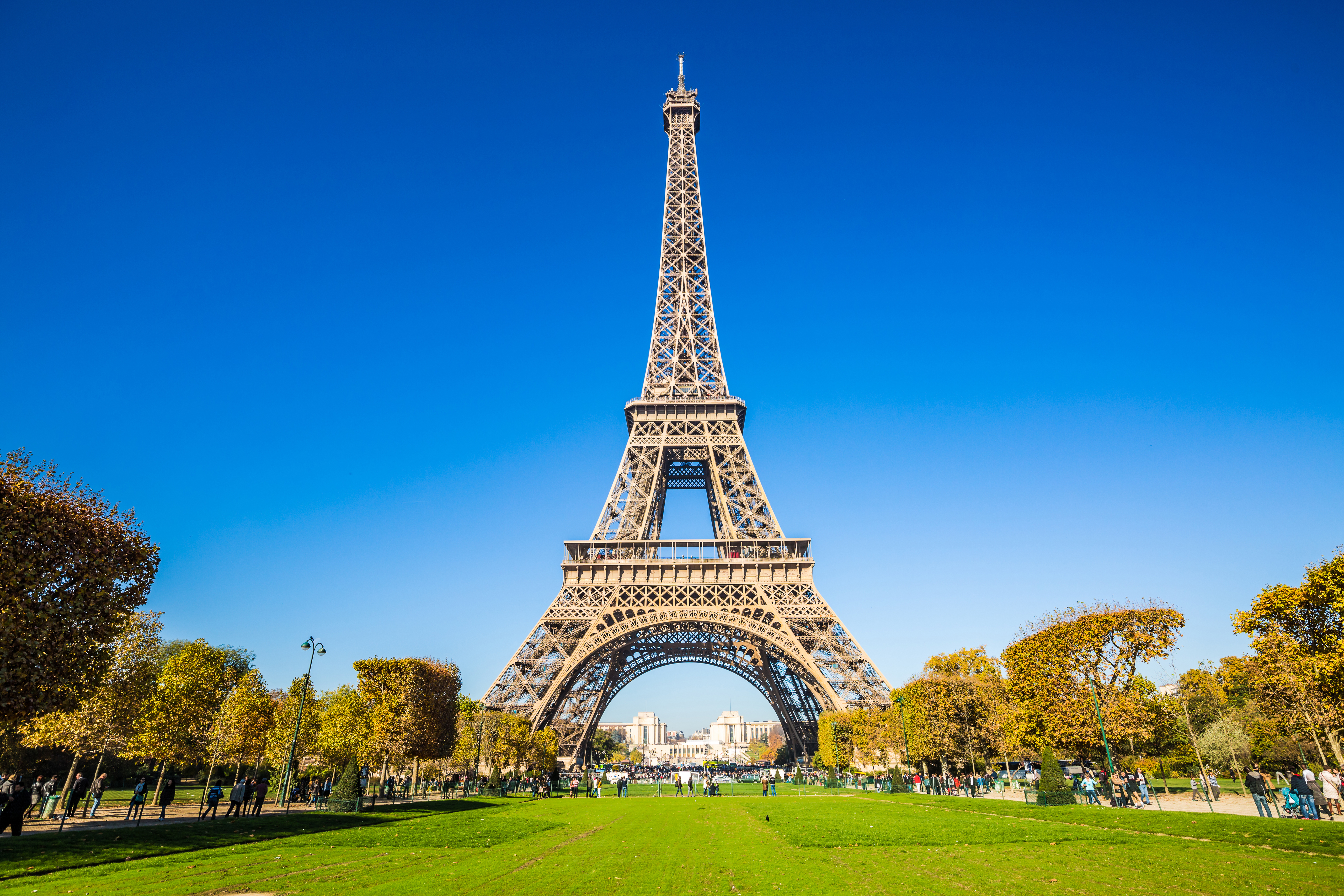 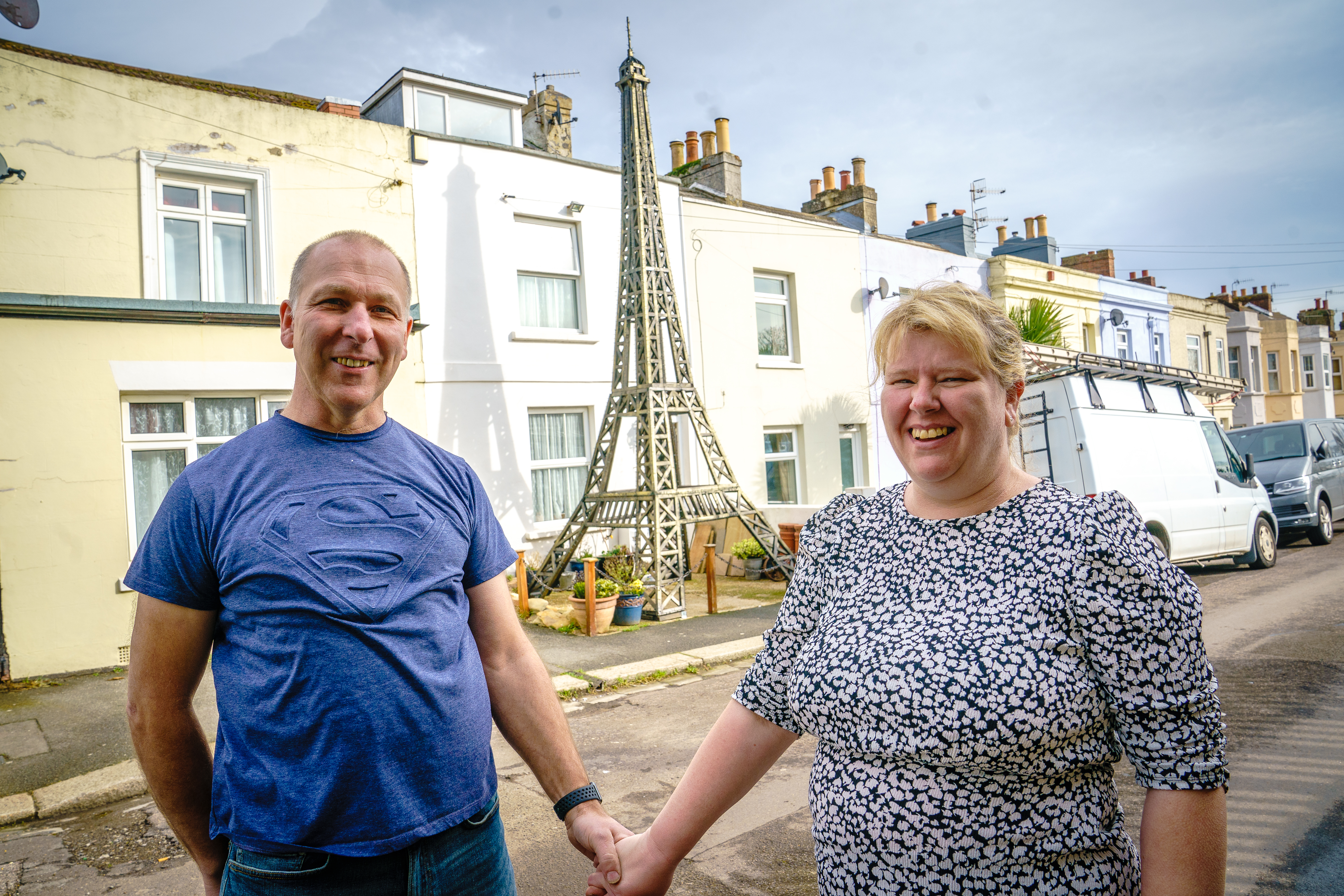 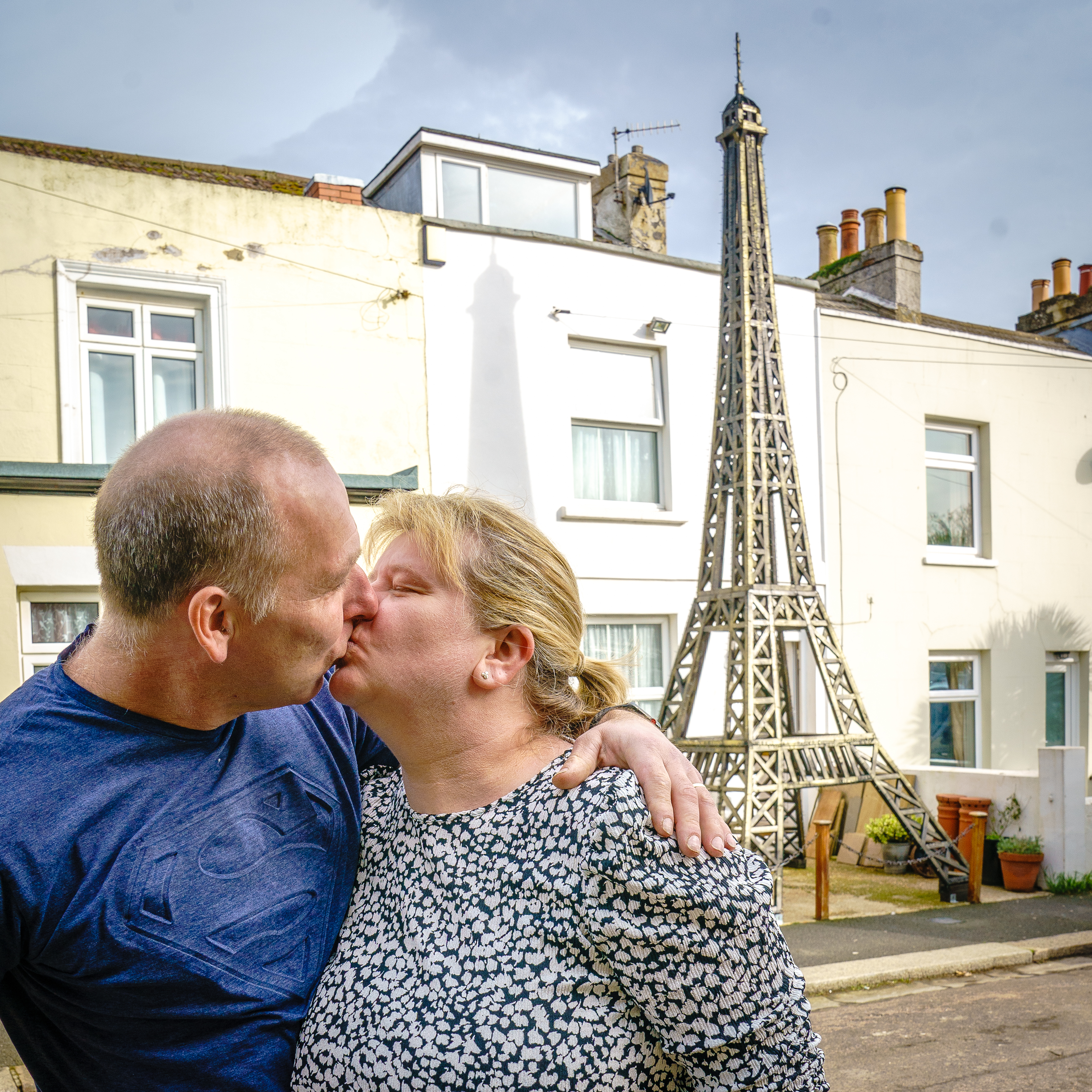 The couple’s plans to visit Paris for their 25th anniversary were scuppered by CovidCredit: Splash News