ZERO. Nought. Nada. Not a single one.

That’s the number of Covid-19 variants reported last month for international arrivals as millions of us have shelled out a billion pounds for private PCR and lateral flow tests. 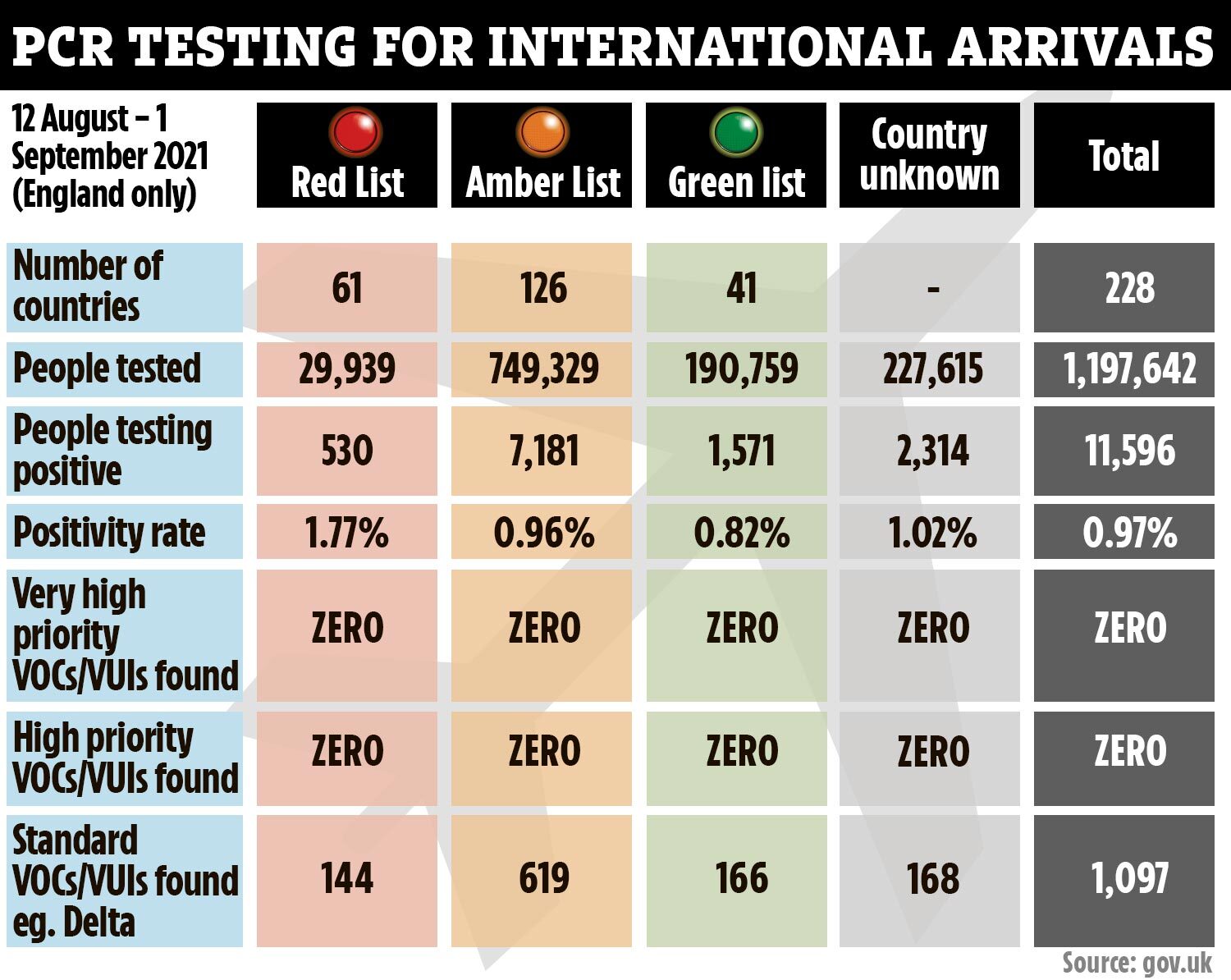 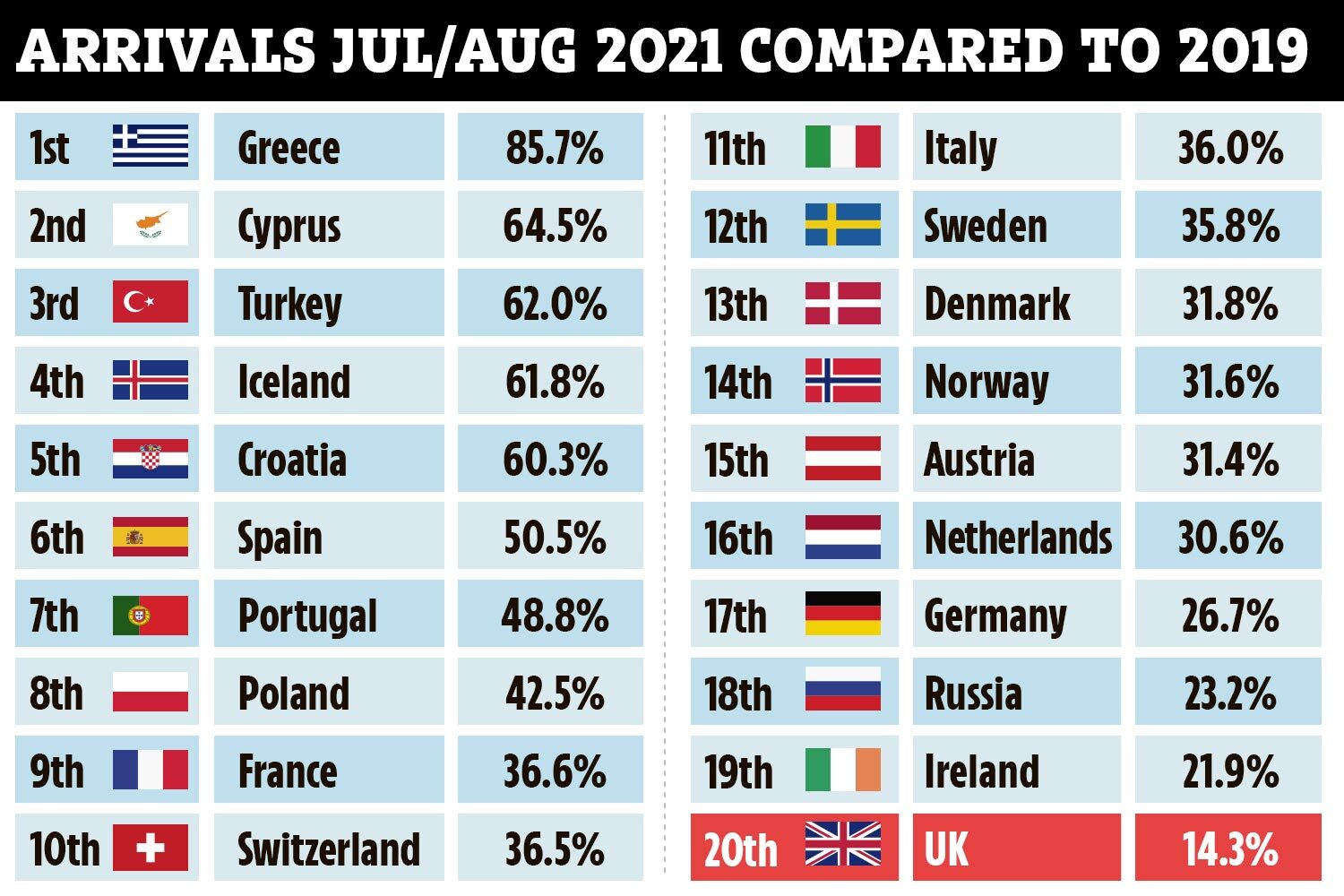 As the Government ponders removing the need to take the ruinously expensive checks in the next review of the traffic light system, we can reveal the shocking waste of time and money the system is, based on the Government’s own Test and Trace data.

As our exclusive graphic reveals, in the three weeks up to September 1 — peak summer holidays — not a single Covid variant of high priority or very high priority was found in the more than 1.19 million people who took the tests in England.

From the very start of international travel resuming in May, the Government has claimed the tests provided an early warning system for more dangerous, deadly mutations of the coronavirus.

But this shocking table — based on data by research consultant Suzanne Lugthart — shows the utter futility of the costly and complicated system of travel testing.

Not a single variant of high concern was discovered.

And not only that, the data reveals we were actually safer taking trips abroad than staying here at home.

Of the tests taken by travellers entering England from 228 countries across the red, amber and green lists just 0.97 per cent were positive compared to 4.27 per cent in the UK.

And while it may have been done in the name of protecting the public, the damage to our travel industry will mean all of us paying the price as we emerge from the pandemic.

The complicated system saw demand fall off a cliff as holidaymakers chose to stay in Blighty.

Summer holiday bookings were down 83 per cent on 2019’s figure, according to ABTA, the travel association.

As furlough comes to an end, the true scale of the devastation to our travel industry will be revealed. More than 27,000 people are currently on the government scheme in the travel agent and tour operator sector alone.

Seven out of ten holiday companies plan to make redundancies once it winds up.

The Government’s failed system for the restart of international travel has had a devastating impact.

Heathrow — once Europe’s busiest airport and a global powerhouse — languishes in tenth place behind almost every other European hub as rivals Schiphol in Amsterdam, Frankfurt and Paris all recover at a far quicker pace.

We were the only country in Western Europe to insist that travellers arriving in the country needed to take not just a lateral flow test before departure but also a pricey PCR test on or before day two.

The effect was catastrophic.

Of the top 20 European countries for international arrivals, we are in 20th place at just 14 per cent of pre-pandemic traffic.

By comparison, Greece comes in first, racking up 85 per cent of its 2019 arrivals.

If we don’t look at opening up borders soon, it could spell trouble for all in the long run

With a catastrophic drop in passenger numbers, airlines are struggling and the coming months could see some fail while others merge.

“But this data, and that of previous months, makes it clear that the importation of variants is totally disproportionate to the measures in place with zero variants found, even from red list countries.

“Even then, the data is not available until some weeks after the traveller has arrived back and mixed with the general population. It’s meaningless and too late.”

Meanwhile, travel association ABTA has repeated its calls for a total overhaul of the system.

While our European neighbours have been travelling freely and safely, the British were subject to expensive measures which have stood in the way of people visiting family and friends, taking much-needed foreign holidays and making important business connections.

“The Government needs to wake up to the damage its policies are doing to the UK travel industry and the impact they will have on the wider economic recovery.

“There is no logical explanation as to why people who are fully vaccinated should be taking expensive PCR tests — or any test at all — when returning from lower-risk countries. This widespread use of PCR tests needs to stop.”

The ball is in the Government’s court.

It is obvious widespread PCR testing has been a complete waste of the British travelling public’s time and money.

We need to drop the day two PCR immediately for vaccinated travellers.

A simple lateral flow test before you get on the plane is more than enough — and even that goes beyond what most other countries require.

And a simple — much shorter — red list of countries with actual known variants of concern would be sufficient.

Everywhere else should be green — giving hard-working British tourists a chance to travel once more and boost international arrivals who are of such economic importance to UK businesses.

It’s time to end this travel madness and get Britain moving again.

We don’t live in isolation. Our ancestors’ trauma can affect our health generations later | New Zealand 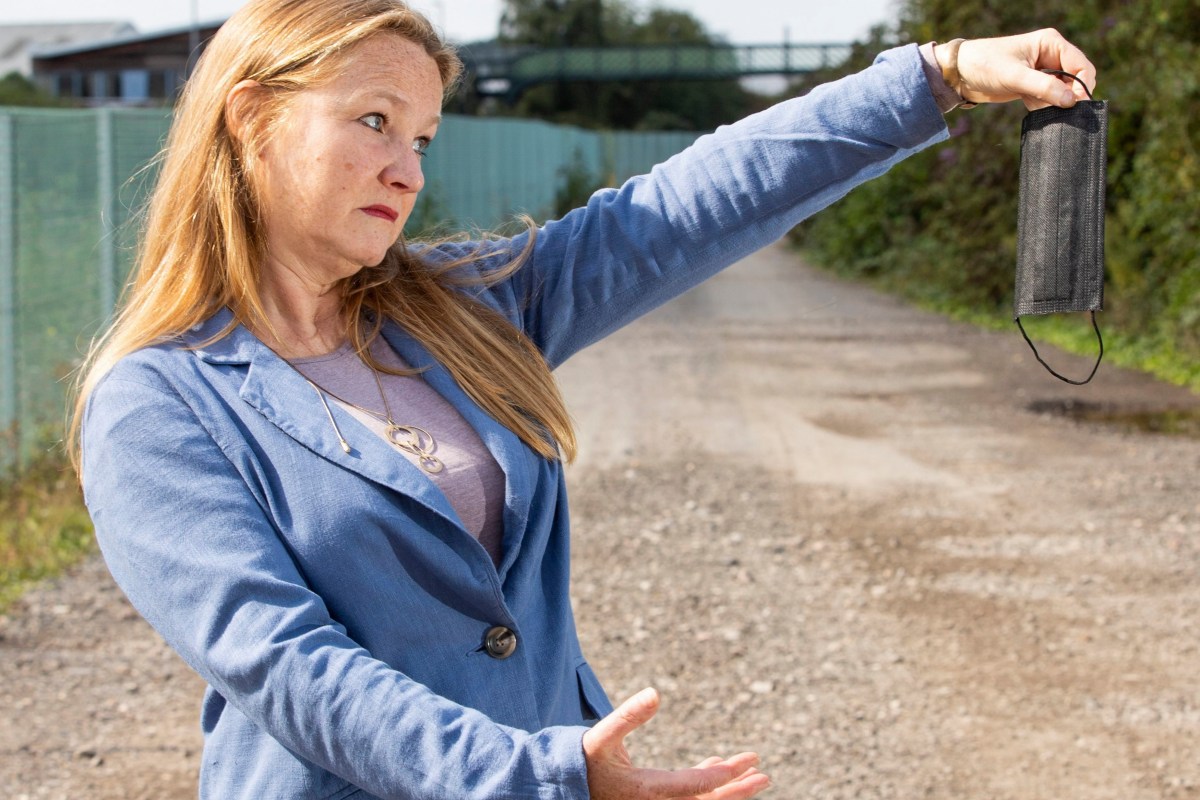 Exempt shopper, 55, arrested & ‘strip searched’ for not wearing a mask at Waitrose 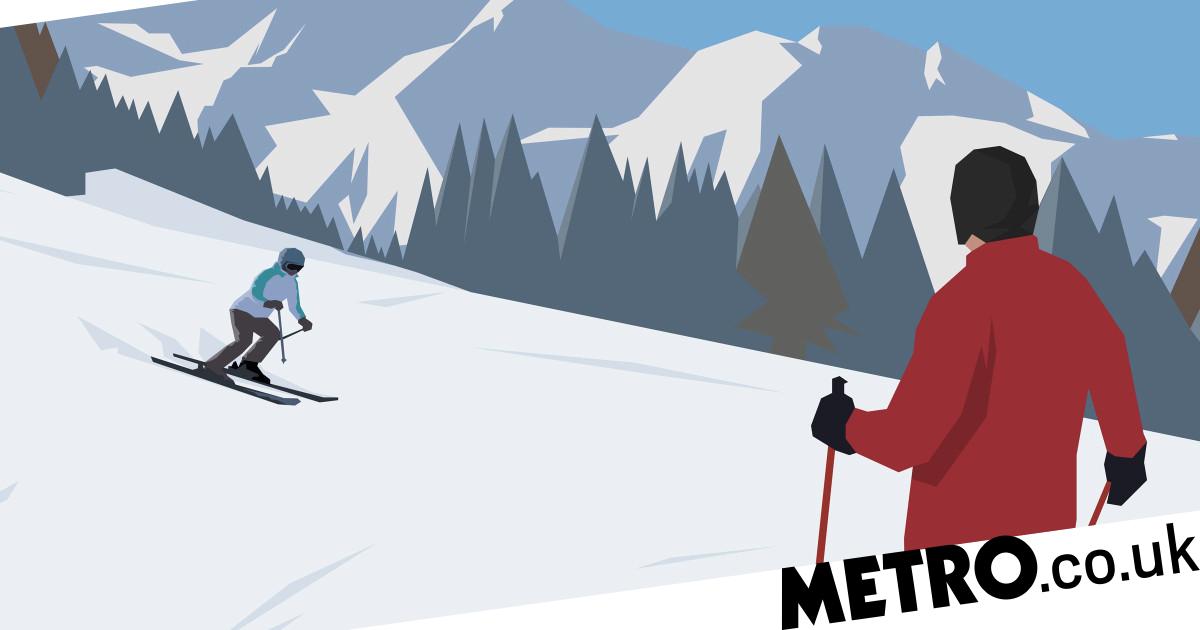 People who ski are less likely to have anxiety, says study 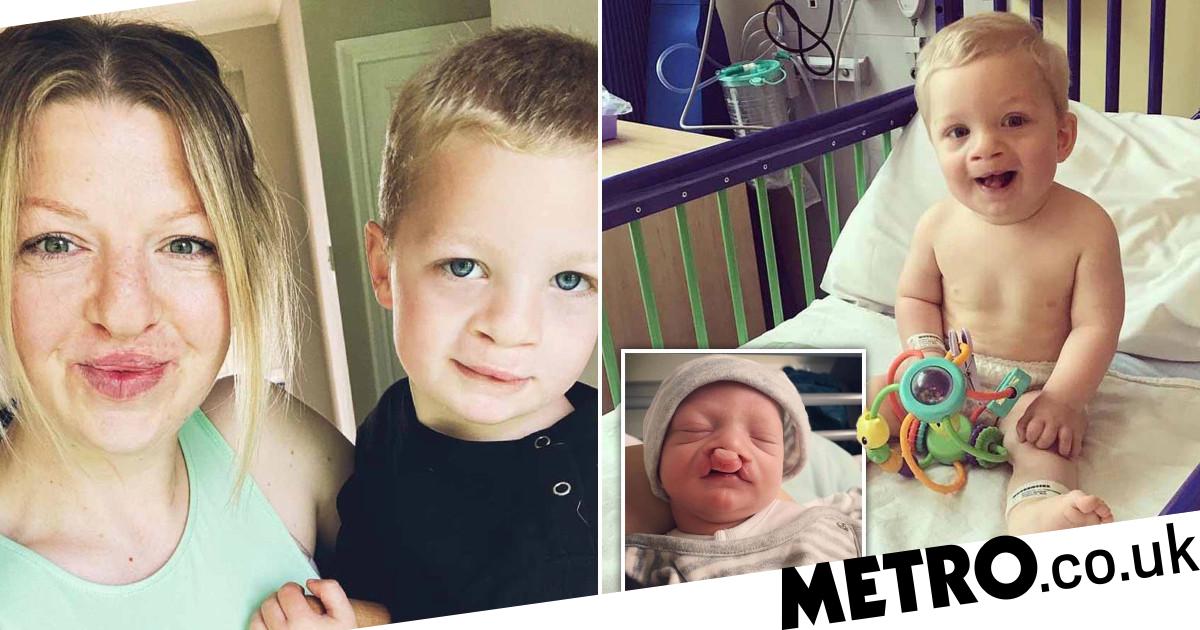