A DAD “fighting for life” after contracting coronavirus sobs in an emotional hospital video as he begs Brits to stay at home.

Raymond Lloyd, 53, has been in Plymouth‘s Derriford hospital with the virus since December, after all members of his household caught Covid-19 – including his young grandson. 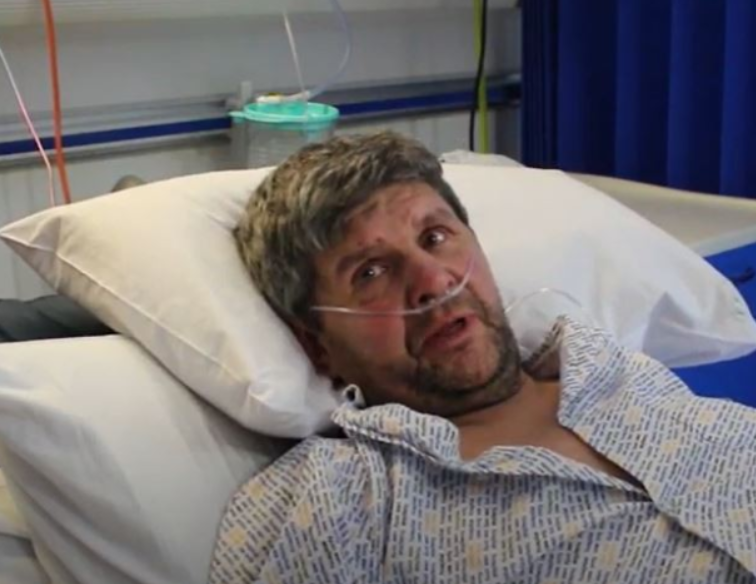 Grandfather Raymond Lloyd, 58, explained how he thought he was going to die from the virus in a video messageCredit: Plymouth Live/BPM MEDIA 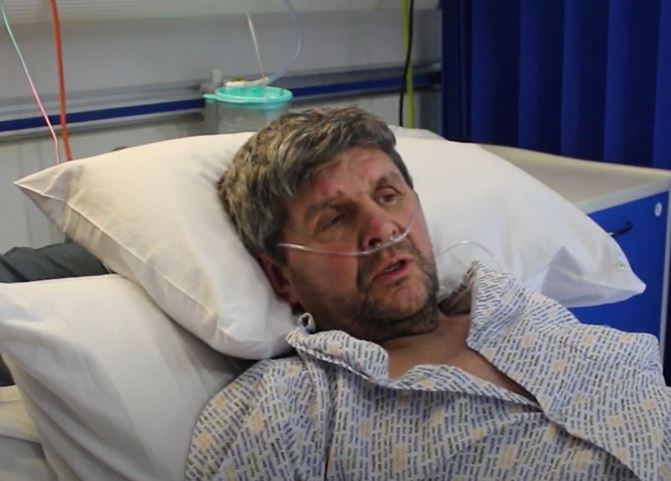 But speaking in a message recorded from his “amber zone” bed in ICU, the granddad explained how he thought he was going to die from the virus.

The video showed Mr Lloyd telling how he is “so upset” to see reports of people breaking the Government rules in place to stop the spread of the virus.

Mr Lloyd told the camera: “I’m fighting for my life. This is so painful, I just wish people would comply and we’d all get better.”

“I thought I was going to die, it is so painful.”

Mr Lloyd said he has a “different perspective” on life after contracting the virus and often has thoughts to “just give up”, but he continues to fight to return to his family.

He added: “I didn’t eat for days and days. I was always thinking well there’s people on TV who aren’t complying.

“I was so upset about it. I want to go home to my family and not die in here.”

Dr Mehak Tahir said it was “really frightening” to see the number of young and healthy individuals being admitted to University Hospitals Plymouth NHS Trust.

“You get all these people who are young and you can relate to them and they’ve got young kids at home. It’s also really variable who gets the severe form of the disease,” she continued.

“One of the youngish gentlemen we have on the ward just now, he’s a 53-year-old chap, all his family got it.

During the emotional video, Mr Lloyd also praised the hospital staff caring for him.

He said: “I’m going to be in hospital for a while,” he said. “I didn’t know these nurses were so good and I got emotional, not only was I ill I was crying