DYING Covid patients in Brazil are being comforted with “fake hands” -so they don’t feel all alone in hospital. 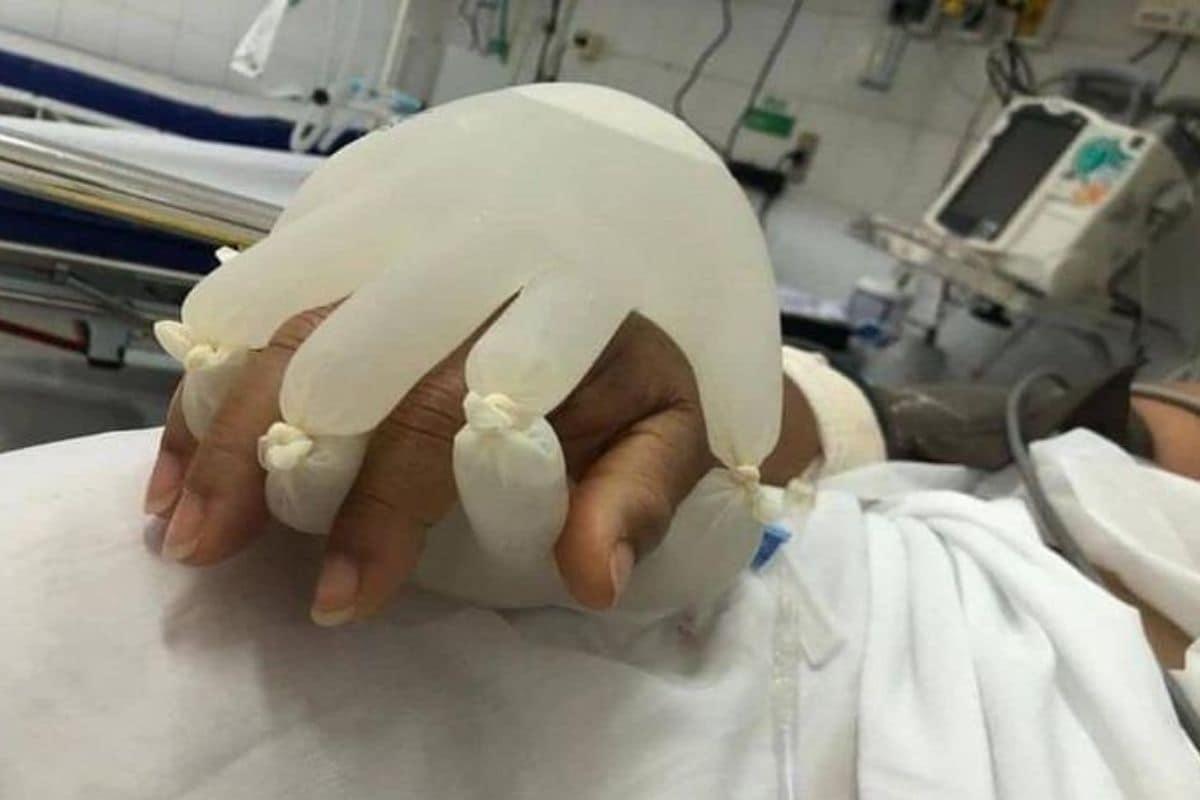 The gloves are used to remind the person what it is like to feel the comforting touch of another human.

The image has been described on social media as a “heartbreaking sign of the times”.

“Salute to the front liners and a stark reminder of the grim situation our world is in!”

Marc Goldstein added: “In isolation wards where patients die alone, craving the touch of their loved ones, nurses fill gloves with warm water to simulate that comfort. “

Another wrote: “I am in awe of the human who was compassionate enough to think of this.”

A nurse in Brazil had the idea of filling up the latex gloves with warm water from the shower, tied each rubber finger together and placed the patient’s hand inside the two rubber hands, to warm it up.

The patient’s hands had become cold during intubation, because of difficulties with blood circulation.

However, the gloves also had the added benefit of providing a literal touch of affection.

One Brazilian nurse explained that restrictions on physical contact had made it so that a lot of patients could not receive any visits, which had led to many feeling alone.

Brazil, the second worst-hit nation by COVID-19, registered over 4,000 new deaths due to coronavirus on Thursday, Reuters reported.

Dr Miguel Nicolelis, a former regional co-ordinator of the country’s pandemic response team, described Brazil’s response to the crisis as a “complete calamity”.

“It’s the largest human tragedy in Brazilian history,” he told the BBC. “We may get to 500,000 deaths by July 1, that’s the latest estimate.

“But the University of Washington released another estimate suggesting if the rate of transmission goes up by about 10 per cent, we could get to 600,000 deaths.

“It’s a nuclear reactor that has set off a chain reaction and is out of control. It’s a biological Fukushima.”

His comment was a reference to the shocking explosion at the Fukushima Daiichi nuclear power plant in Japan sparked by a tsunami in 2011.