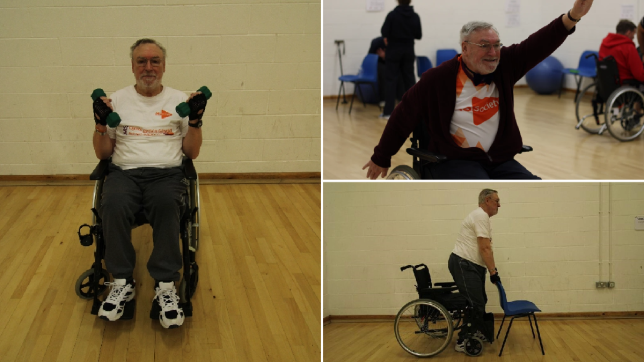 75-year-old Merlin Curtis has needed to use a wheelchair for decades (Picture: MS Society)

A grandad with multiple sclerosis (MS) has taken his first steps in nearly three decades thanks to a free exercise course.

Merlin Curtis, 75, was diagnosed with MS in 1987, and, after first relying on crutches for several years, has needed a wheelchair to get around since the early 90s.

However, after taking part in a free 16-week exercise course from the MS Society, the grandfather of four was able to take his first steps in 28 years.

Merlin, who had tried physiotherapy in the past, wasn’t sure about the exercise course at first.

But, after four months, his strength improved, and he was able to go from standing to taking steps with the help of a frame. 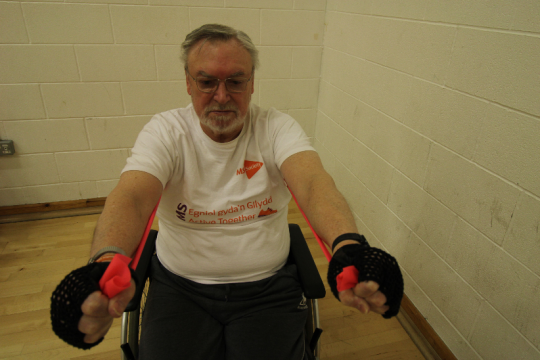 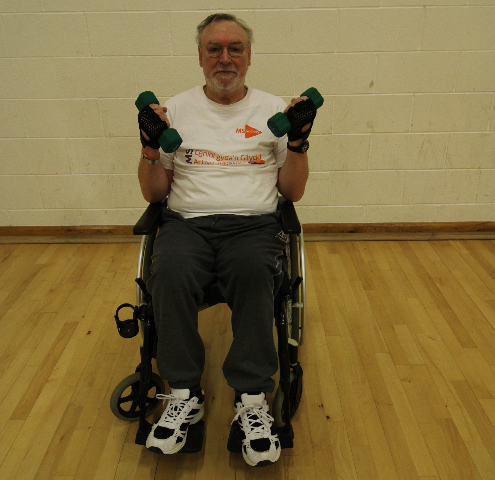 Merlin, who lives in Mountain Ash in South Wales with his wife of 54 years, said: ‘It’s so hard to put that feeling into words – it was absolutely wonderful! After 28 years of not walking, I never imagined that moment would happen.

‘My wife was by my side and couldn’t believe it either. And the first time my children and grandchildren saw me taking steps their eyes were like saucers!

‘It’s completely changed by life. I feel far more optimistic about the future, and I feel better in myself. I can’t emphasise the importance of exercise for people with MS enough.’ 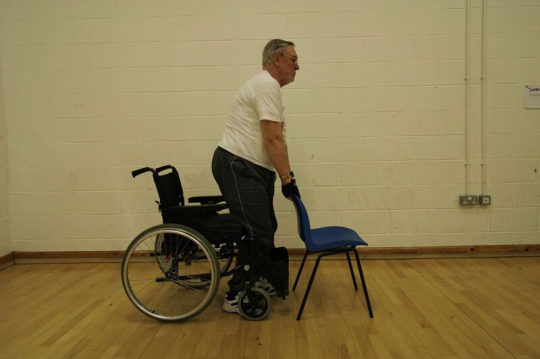 ‘It’s so hard to put that feeling into words – it was absolutely wonderful!’ Merlin said (Picture: MS Society)

MS is a lifelong condition that damages nerves in the body and makes it harder to do everyday things, such as walking, talking, eating and even thinking.

While there’s no cure, research shows that exercise can help people manage some of the symptoms of MS, such as fatigue and balance and stability problems.

Unfortunately Merlin’s progress began to reverse after having to shield when the pandemic hit because of his MS and other health issues.

Since March 2020, he’s only left his home for medical appointments.

However, thanks to online classes from the MS Society, he was able to get back on track with his exercise routine. 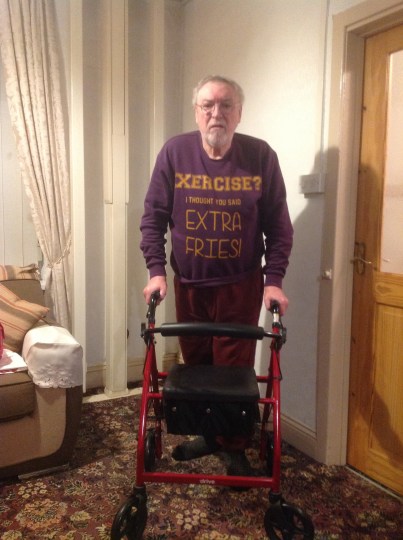 ‘Coronavirus had a huge impact on me,’ said Merlin.

‘I was spending a lot of time sitting around watching TV or doing quizzes and started to undo all the progress I’d made.

‘Then in November the realisation hit me that I needed to get active again. I found out the MS Society were running classes online, and now I’m doing two Zoom classes a week – and back walking again!’ 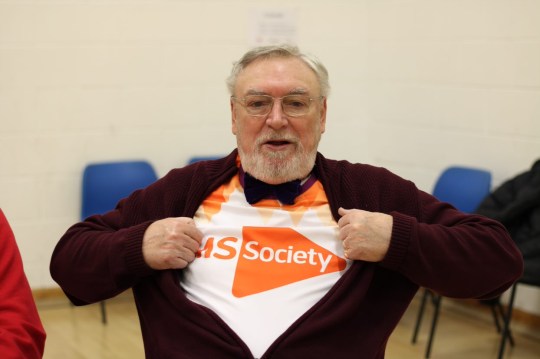 Merlin said: ‘In November the realisation hit me that I needed to get active again’ (Picture: MS Society) 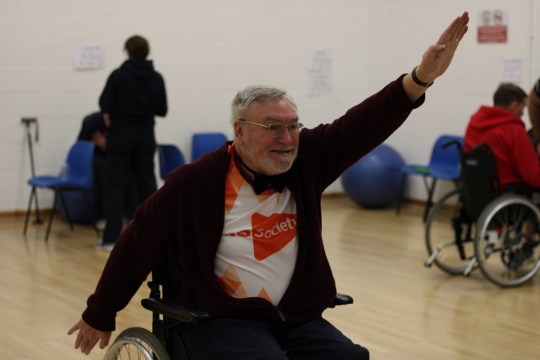 Bethan said: ‘It has been amazing to watch Merlin progress’ (Picture: MS Society)

The MS Society’s Bethan Moss, who led Merlin’s classes, said: ‘It has been amazing to watch Merlin progress and grow in confidence. When he began the programme he could stand up in his wheelchair, but hadn’t considered taking steps.

‘Through the 16-week programme, his strength grew and grew, and he’s a real testament to the extraordinary benefits of exercise.’

Ed Holloway, Executive Director of Services at the MS Society, said: ‘MS is unpredictable and different for everyone. So while Merlin’s results are truly remarkable, not everyone with MS will see the same kind of improvements. But exercise can improve symptoms and boost quality of life for people living with MS at all stages of the condition.

‘Right now we’re funding some really exciting research to make exercise more accessible for everyone, including those with advanced MS. We hope Merlin’s story inspires others to get involved, and see how exercise could help them.’