TODAY’S G7 meeting in London has been rocked by a Covid scare after two members of the Indian delegation tested positive.

The country’s entire team is now self-isolating, but will still try to attend meetings of the group virtually. 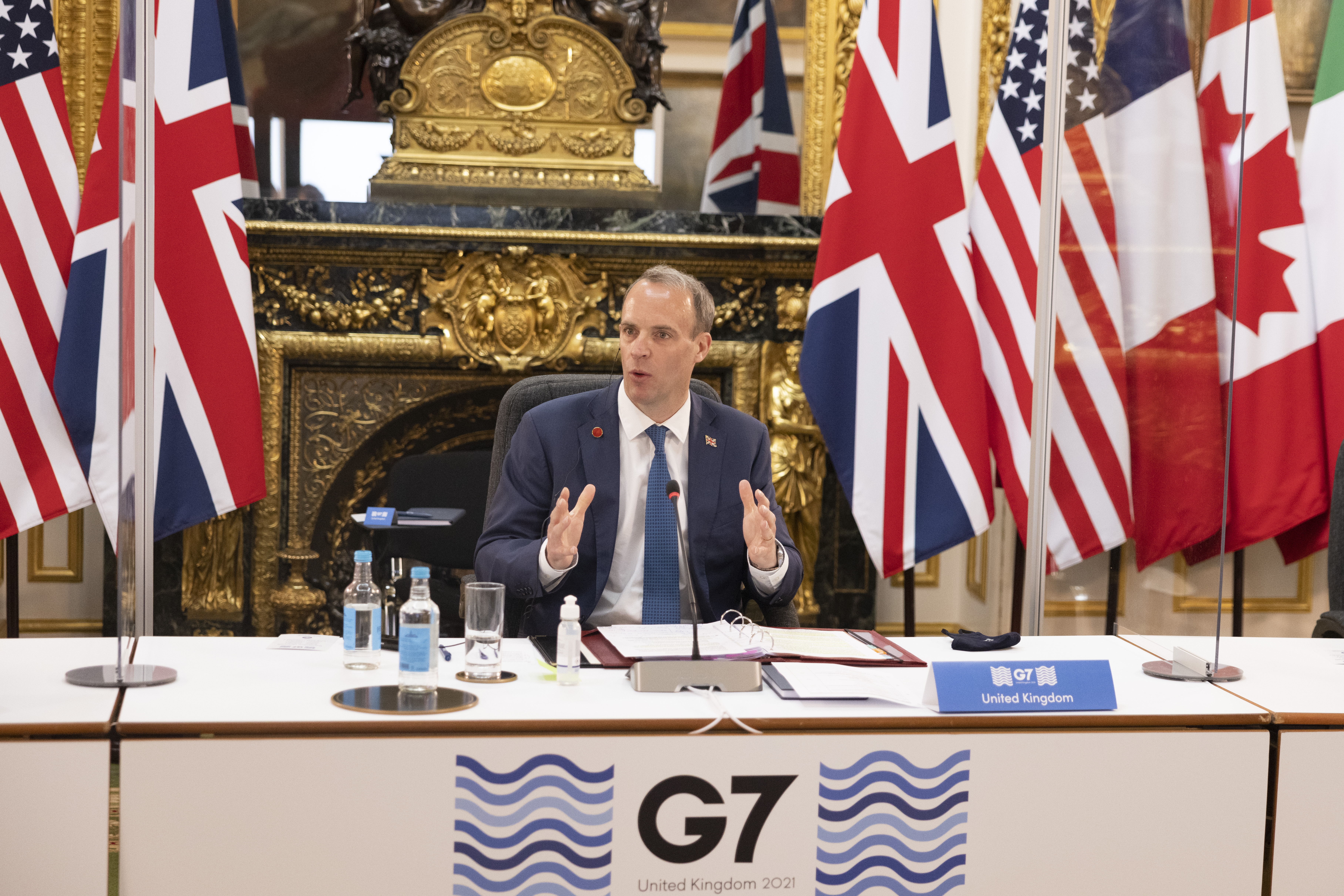 The G7 is being held in LondonCredit: Simon Dawson / No10 Downing Street

Senior government sources have confirmed reports of the outbreak.

The Indian delegation had been due to attend a key meeting at Lancaster House, in the heart of London, this morning.

A senior British diplomat said: “We deeply regret that Foreign Minister Jaishankar will be unable to attend the meeting today in person but will now attend virtually.

“But this is exactly why we have put in place strict Covid protocols and daily testing.”

“As a measure of abundant caution and also out of consideration for others, I decided to conduct my engagements in the virtual mode.

“That will be the case with the G7 Meeting today as well.”

Was made aware yesterday evening of exposure to possible Covid positive cases. As a measure of abundant caution and also out of consideration for others, I decided to conduct my engagements in the virtual mode. That will be the case with the G7 Meeting today as well.

It is understood the Indian team hadn’t yet taken part in any formal G7 meetings, meaning they had limited contact with other delegations.

They did participate in some smaller pre-gatherings to prepare for the summit.

Officials insist Covid rules were followed throughout, including mask wearing and social distancing.

Experts at Public Health England have said that means the risk to those in the meetings is low and they don’t need to quarantine.

Vaccines minister Nadhim Zahawi said the Government had taken all the necessary precautions in hosting the event.

He said: “Public Health England and the team that are organising the G7 take this very seriously.

“We continue to have one of the most robust set of protocols around testing and so we will make sure that happens.” 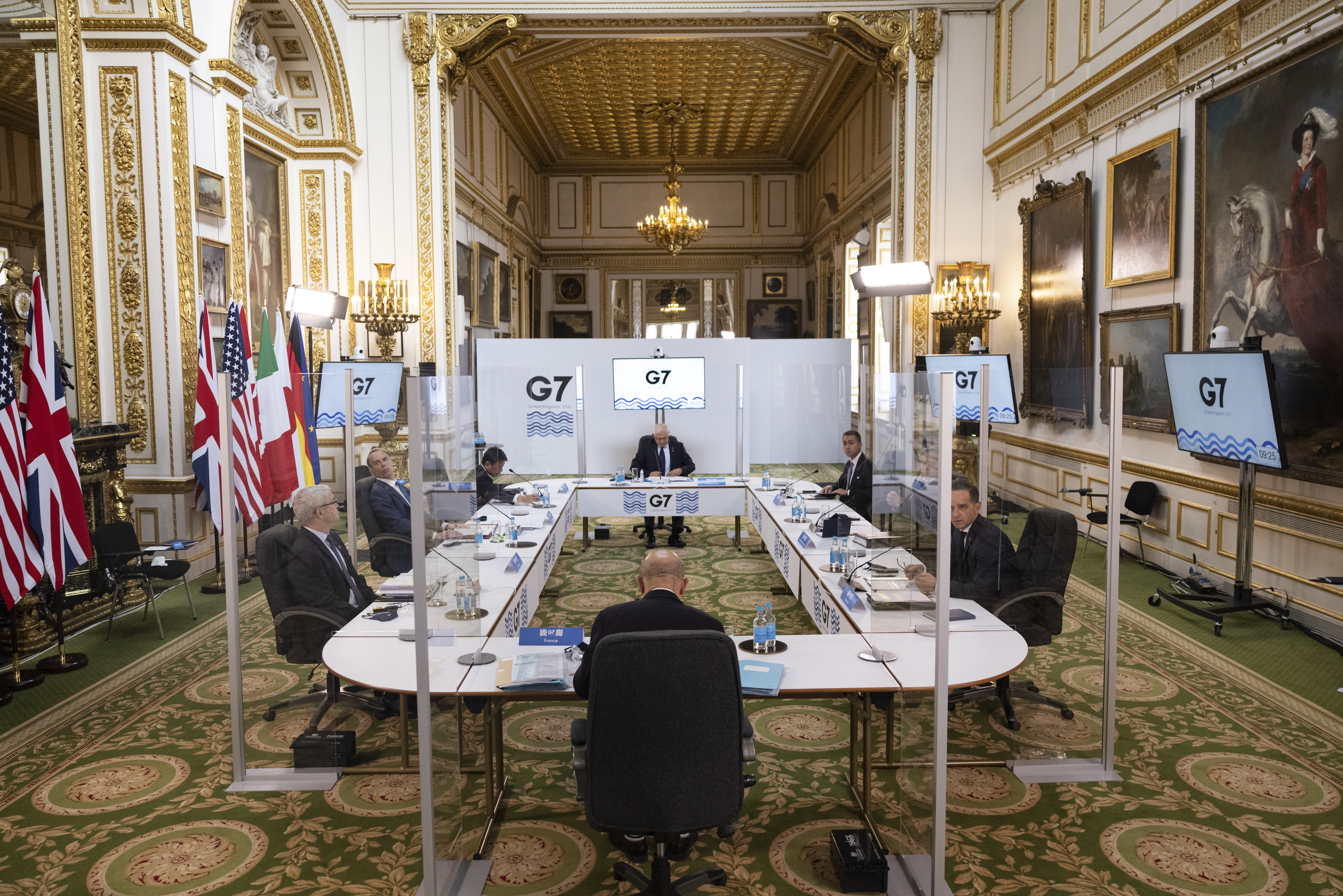 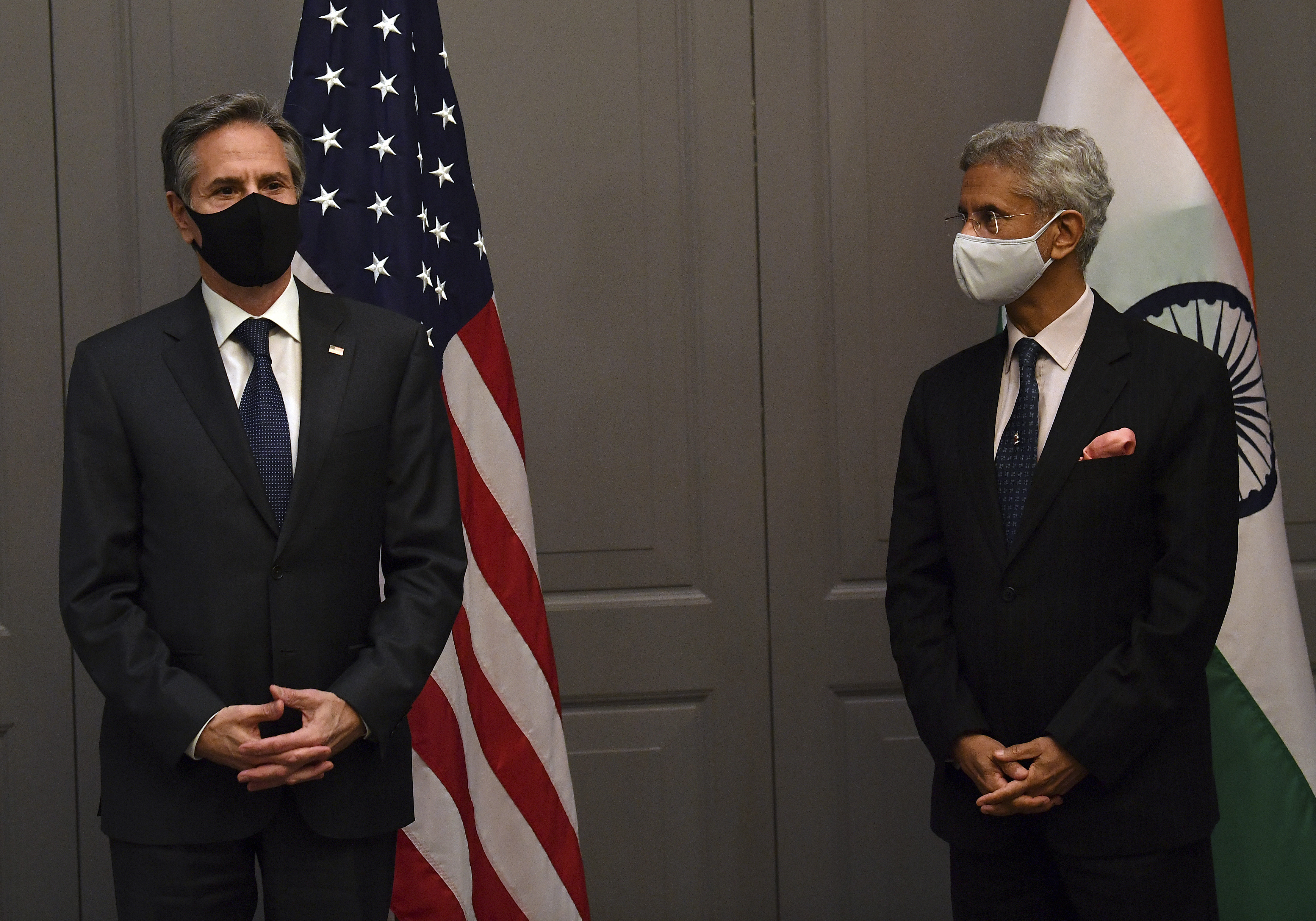 But the outbreak will throw up question about the summit, which is a test case for the safe return of international diplomacy.

Delegations were given a diplomatic waiver from the UK’s quarantine rules, but are required to take daily Covid tests.

But it is understood he hasn’t tested positive, meaning the home secretary doesn’t need to self-isolate.

India is not a member of the G7 club which features the UK, France, Germany, Italy, the US, Canada, and Japan.

But it was asked to join today’s meeting of the group’s foreign ministers by No 10.

A pleasure to welcome @DrSJaishankar to the @UKHomeOffice today as we signed the landmark Migration & Mobility deal as part of our New Plan for Immigration, providing new opportunities for our young people to live and work here and in India as we recover from the pandemic.

Australia, South Korea, South Africa, and the chair of the ASEAN trade group were all invited too as part of the UK’s post-Brexit tilt to the Indo-Pacific.

They were set to discuss issues including how to share out vaccines across the globe more fairly.

The gathering is the first time G7 foreign ministers have all met face-to-face in over two years.

Britain is hosting this year’s summit of the world’s leading economies, which will take place in Cornwall in June.

The news comes amid fears three Indian variants of the virus are spreading in Britain.

They are growing rapidly in parts of the UK and are now the cause of around one in 20 new cases, data shows.

Experts have said the rise of the strains may be “masked” by broadly decreasing infection rates.

India itself is facing a devastating new wave of the virus, with infections surging past 20 million yesterday.

The UK has sent several aid shipments to help the country’s overwhelmed hospitals, including thousands of ventilators and oxygen concentrators.