Nicola Sturgeon is facing a backlash after revealing her lockdown “road map” that has no detail on when families can meet indoors or an end date for restrictions.

The First Minister detailed her cautious plan out of lockdown this afternoon with Scotland’s stay at home order set to end on April 5 and a return of the tiers system on the cards. 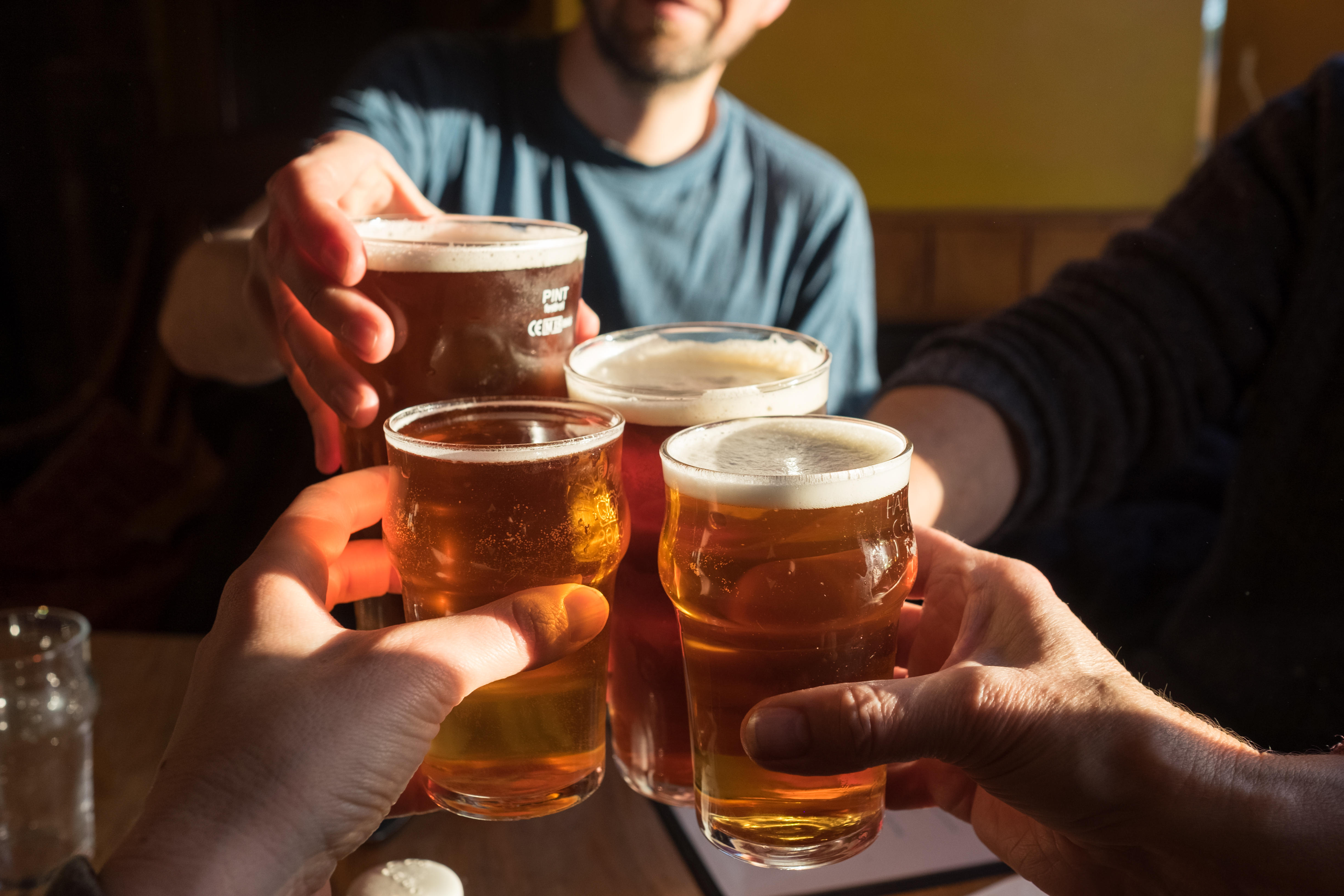 Scots could be back in boozers with their pals soonCredit: Alamy 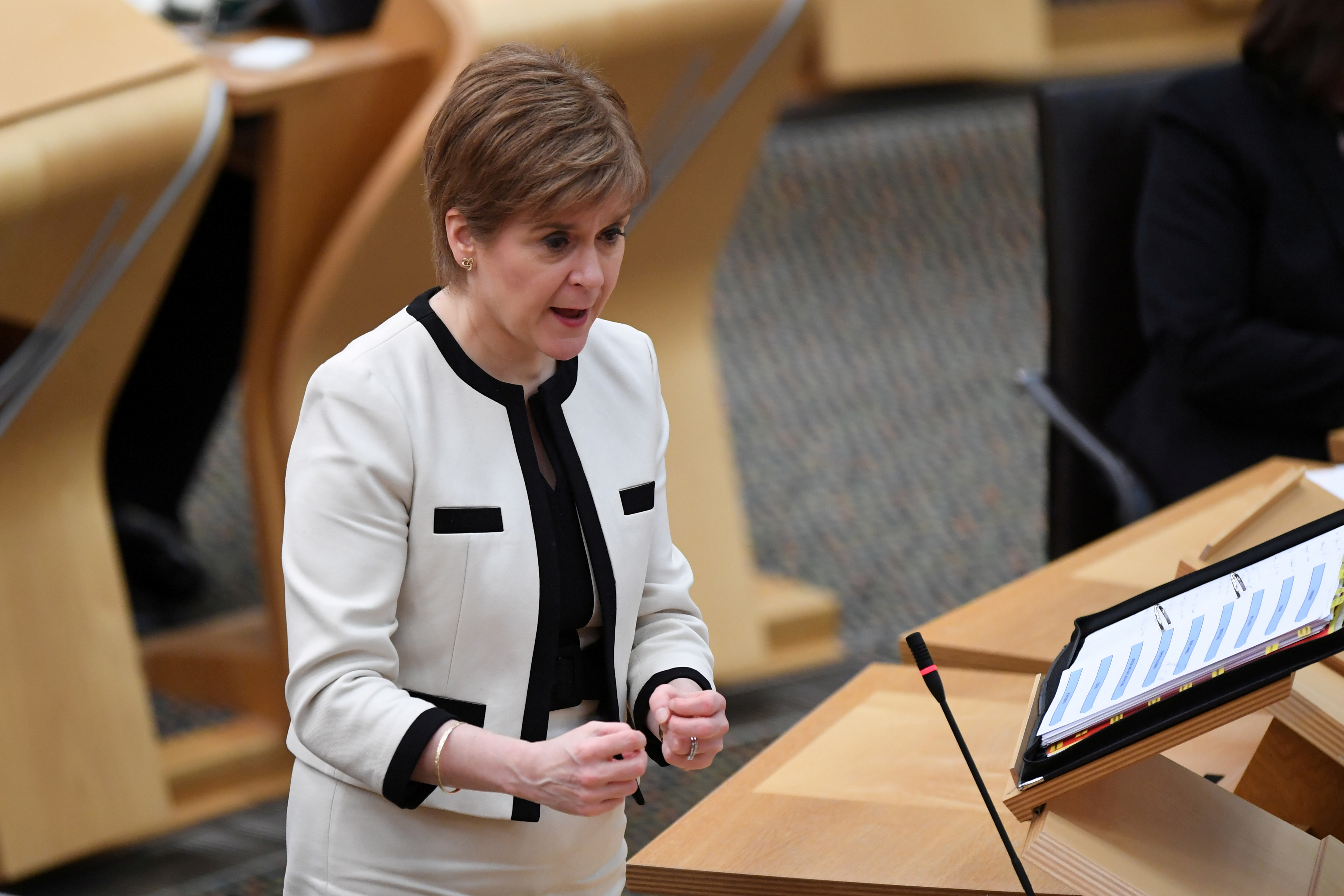 Nicola Sturgeon outlined her roadmap out of lockdown at todayCredit: AFP or licensors

Ms Sturgeon has faced anger today from critics who say she has failed to give them “any kind of hope” with her “lack of clarity.”

Laying out her roadmap today, she said the limit on outdoor mixing between households will increase to four people from a maximum of two households from March 15.

The stay at home order is set to end on April 5, while the economy – including the opening of non-essential shops and pubs – could restart from April 26.

But there is still no update on seeing and hugging friends or family indoors.

“We didn’t get information about when measures like social distancing will end and when we will be able to do something as basic as give a loved one a hug.

“Everyone understands that we might not be able to give people absolute certainty – but they were at least expecting the First Minister to give them some kind of hope.

“Nothing has been published about what happens after the 26th of April. This isn’t a routemap out of COVID, it is a holding document.

“People didn’t tune in today expecting to be told to tune in again in three weeks’ time. They have a right to be disappointed that Nicola Sturgeon is not giving them a plan to get back to normality.”

One Scot tweeted: “Despite the lowest levels of Covid in the UK, Nicola Sturgeon is keeping Scotland in a permanent lockdown.

“Zero covid is not possible. People are losing their livelihoods and their mental health with this lockdown and there is no end in sight.

Ms Sturgeon “hopes” from April 5 that the stay at home restrictions in Scotland will be lifted – as the country returns to a tiered lockdown system.

And she confirmed that bars could re-open in late April, with non-essential retail, gyms, and hairdressers also expected to open in Scotland at the same stage.

This is slightly slower and more cautious than Boris’s roadmap in England – which will see outdoor hospitality open again on April 12.

Scotland’s non-essential retail and pubs and restaurants will not reopen before April 26 – 2 weeks after these can reopen south of the border.

Unlike Boris, the First Minister did not specify whether drinking and eating can commence indoors or outdoors – or if they’ll open up at the same time.

She urged Scots to stick to the rules, saying abiding by the restrictions – alongside the vaccine rollout – would speed up the process.

And the First Minister said more detail would be confirmed in mid-March – and was careful not to give “arbitrary dates” that have “no grounding.”

Boris Johnson, however, has taken a different approach – giving “no earlier than” dates for all stages of England’s easing of lockdown.

And the PM gave Brits living in England a definitive end-date to all lockdown restrictions – June 21.

Sturgeon has refused to do the same and the caution does not appear to be popular.

MP for West Aberdeenshire and Kincardine Andrew Bowie said: “A Data driven and cautious road map is what Scotland needs. That is not what Scotland got.

“No clarity. No plan for businesses. Just more ‘tune in in three weeks’. Not good enough.”

Speaking today, Sturgeon said: “If all goes according to plan – we will move fully back to a levels system from the last week in April.

“At that stage, we hope that all parts of the country currently in level 4 – will be able to move out of level 4 and back initially to level 3 – possibly with some revision to the content of the levels – and afterwards to levels dependent on incidence and prevalence of the virus at that time.

“The advantages of the levels system is that it will allow us to let some parts of the country move faster than others, if the data supports that.” 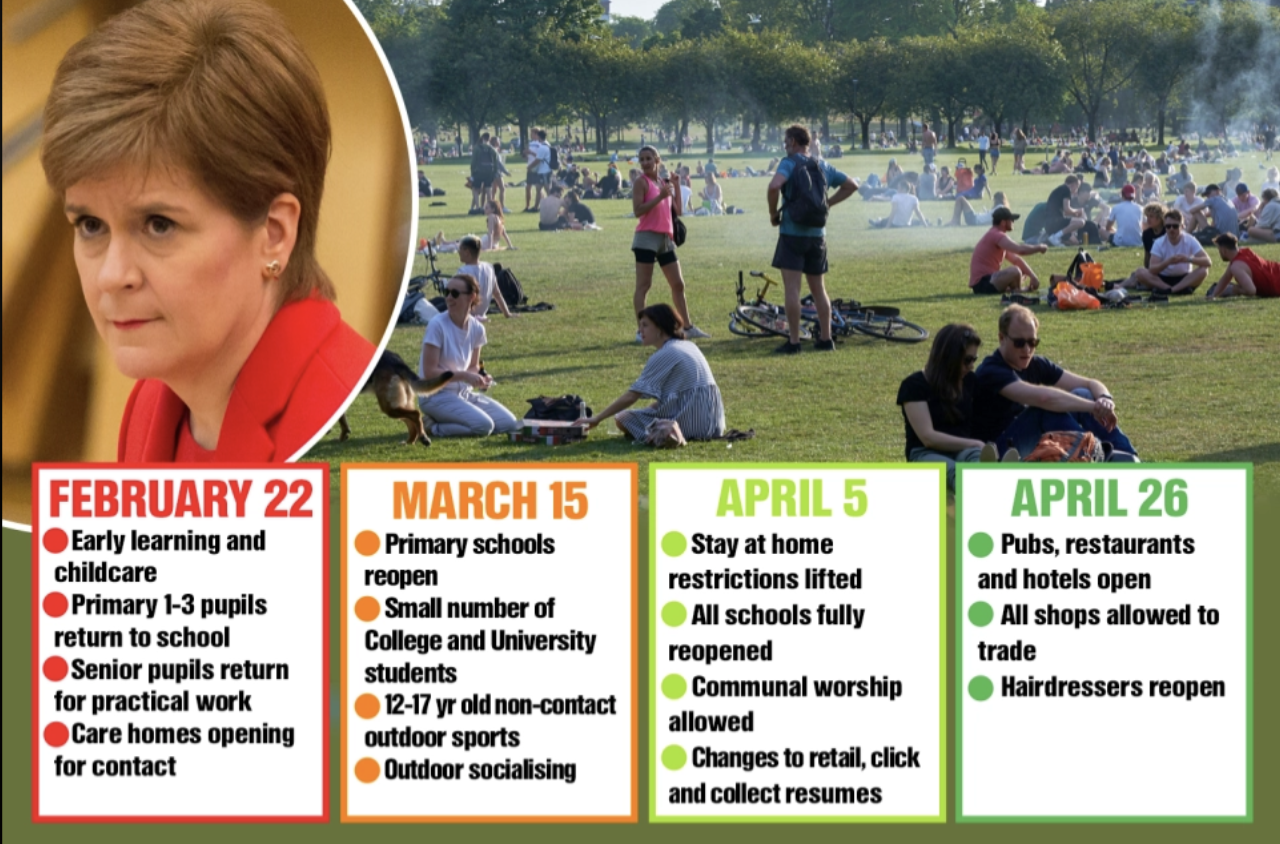 She added: “From the last week of April, we would expect to see phased but significant re-opening of the economy, including non-essential retail, hospitality and services like gyms and hairdressers.

“And, of course, the more of us who are vaccinated and the more we all stick by the rules now, the faster that safe pace is likely to be – if we all stay in this together, our progress will be greater.

“As I said earlier, we will set out more detail in mid-March on the indicators that will guide our decisions on levels, as well as on any revision to the content of each level.

“[We will be] taking account of our experience and of sectoral views – and the order in which we expect those parts of the economy that have been restricted to start reopening from the last week of April.

She added: “I want to give as much as possible today – while avoiding giving false assurance or picking arbitrary dates that have no grounding at this stage in any objective assessment.

“I am as confident as I can be that the indicative, staged, timetable that I have set out today – from now until late April when the economy will start to substantially re-open – is a reasonable one.”

In Scotland, pupils are being phased back into classrooms – with all schools to be fully reopened by early April.

However, in England, all students regardless of age will be returning to schools on March 8.

This comes as Scottish hospitality chiefs urged the First Minister to reopen pubs, restaurants and hotels within three months to “keep pace” with Boris’s plans.

Last night, England announced plans to allow boozers to fully reopen by the middle of May.

And the Scottish Hospitality Group (SHG) said Ms Sturgeon must take a “similar approach” to the encouraging plans – and anything less would be an “incredible betrayal” to hospitality workers.

Scotland will return to regional Tiers system as lockdown eases, says Nicola Sturgeon as she prepares to set out roadmap