CONFUSED arrivals were fined while others were allowed to mix with passengers from high-risk countries on a disorganised first day for the airport hotel quarantine scheme.

Many queued for hours as they waited to be allocated a room for the mandatory ten-day stays for travellers from 33 red-list nations. 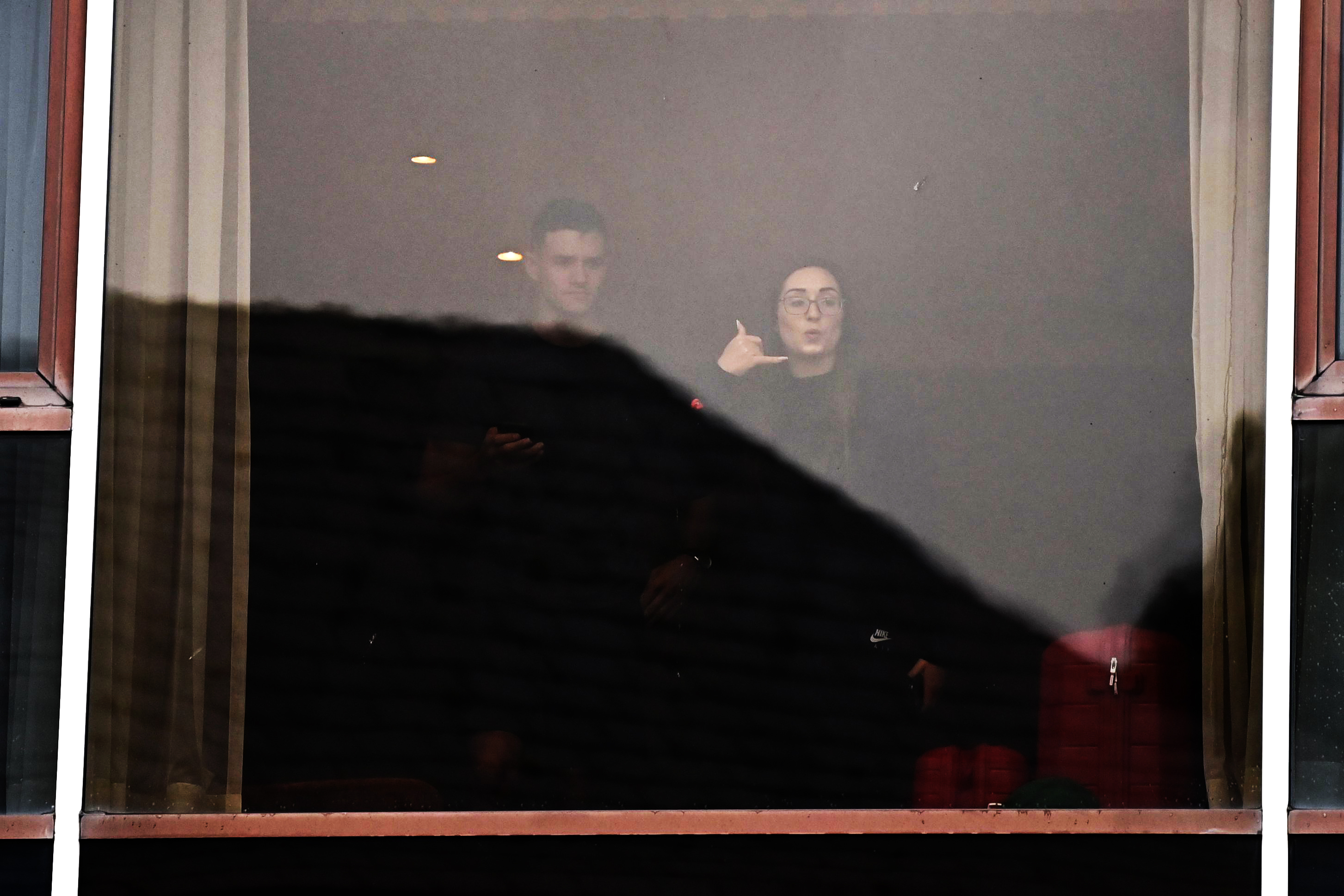 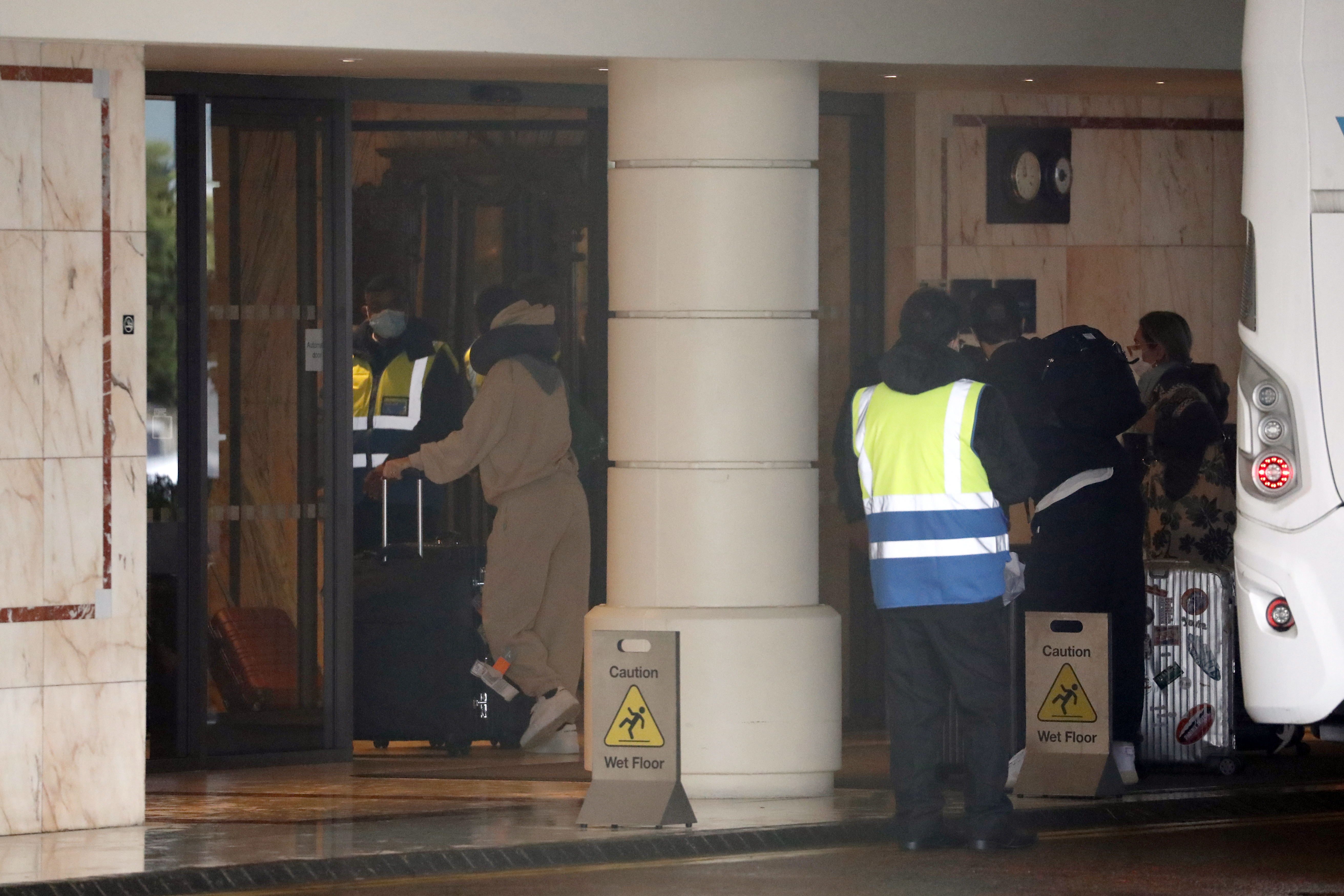 Guests are escorted in to the hotelCredit: AP:Associated Press 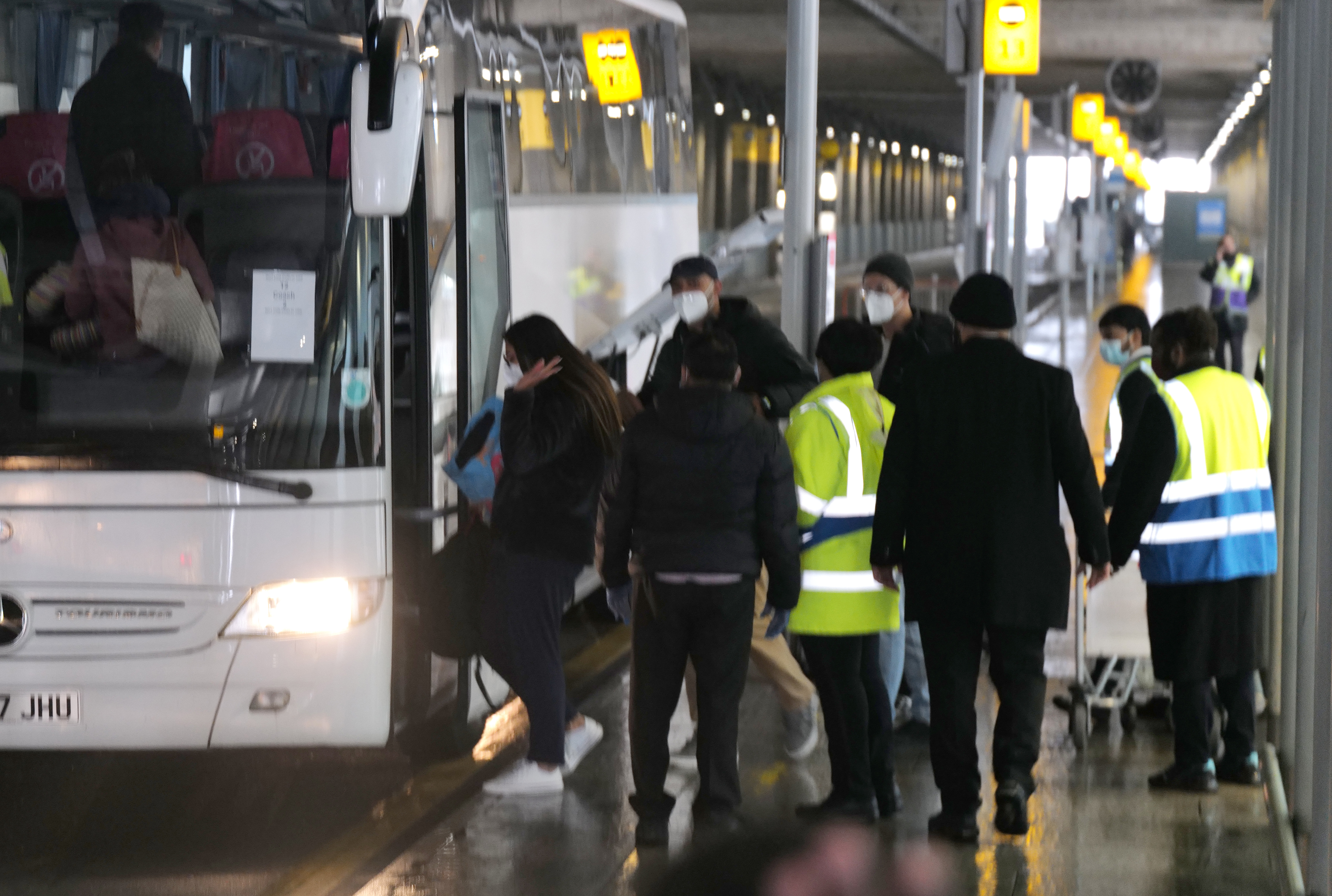 Arrivals at five designated airports — Heathrow, Gatwick, Birmingham, London City and Farnborough — were taken to hotels where they will pay £1,750 for their self-isolation.

Wayne Kelly was fined £500 after claiming he had no idea of the new rules when he got to Heathrow from Dubai.

He said: “It’s ridiculous. My wife was going to pick me up so I wouldn’t be mixing in public.”

Zari Tadayon, 68, flew in from the UAE via Germany and was taken to Heathrow’s Radisson Blu Edwardian.

Speaking from her room window, she said: “It was very disorganised. The airport staff had no idea.

“On the plane, we were very close to people who had not come from the high-risk countries list. There was no social distancing.” 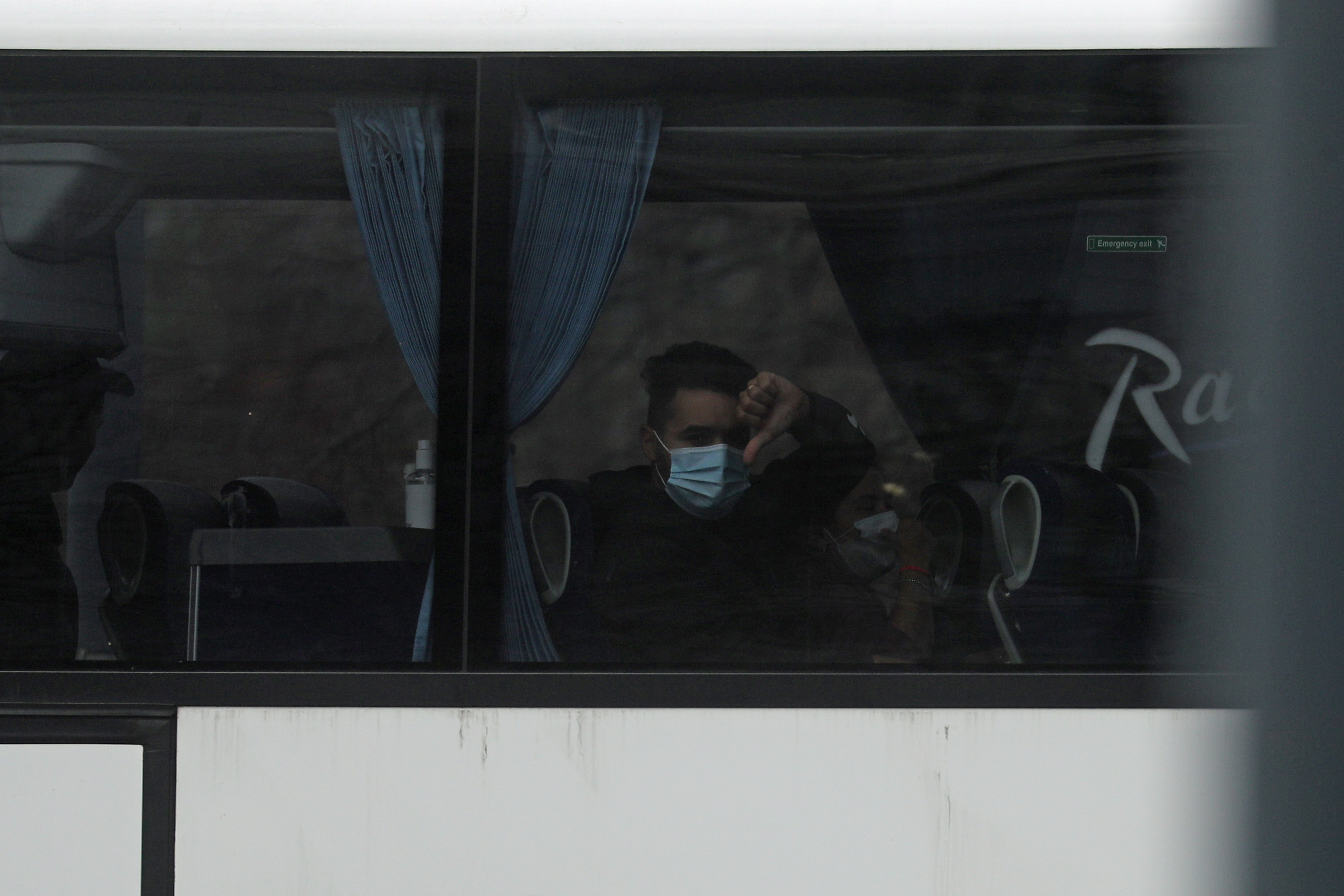 One passenger didn’t look too happy to be on one of the coaches this morningCredit: PA:Press Association 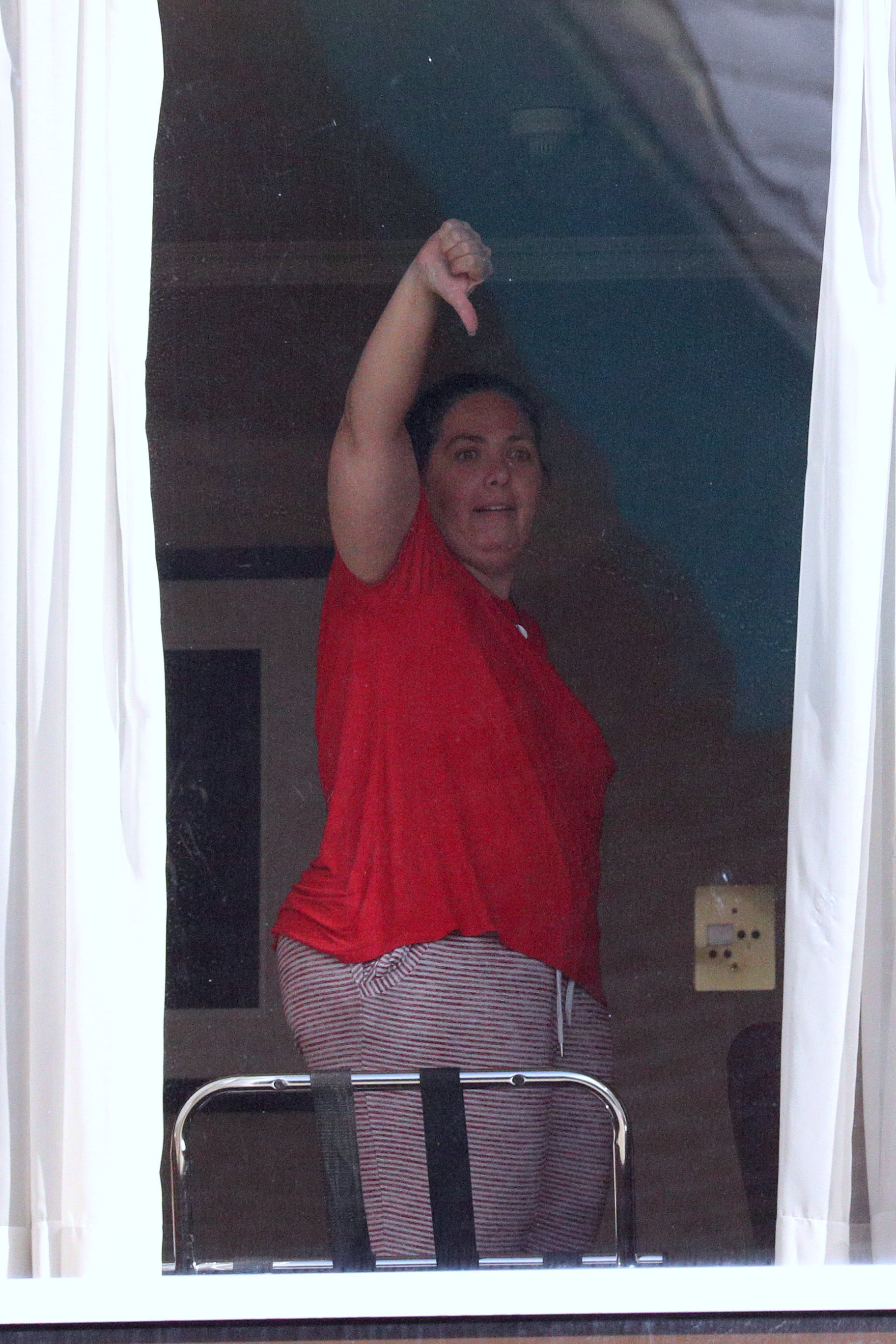 A hotel guest gives a thumbs down gesture to members of the media from the window of Radisson Blu Edwardian HotelCredit: PA:Press Association 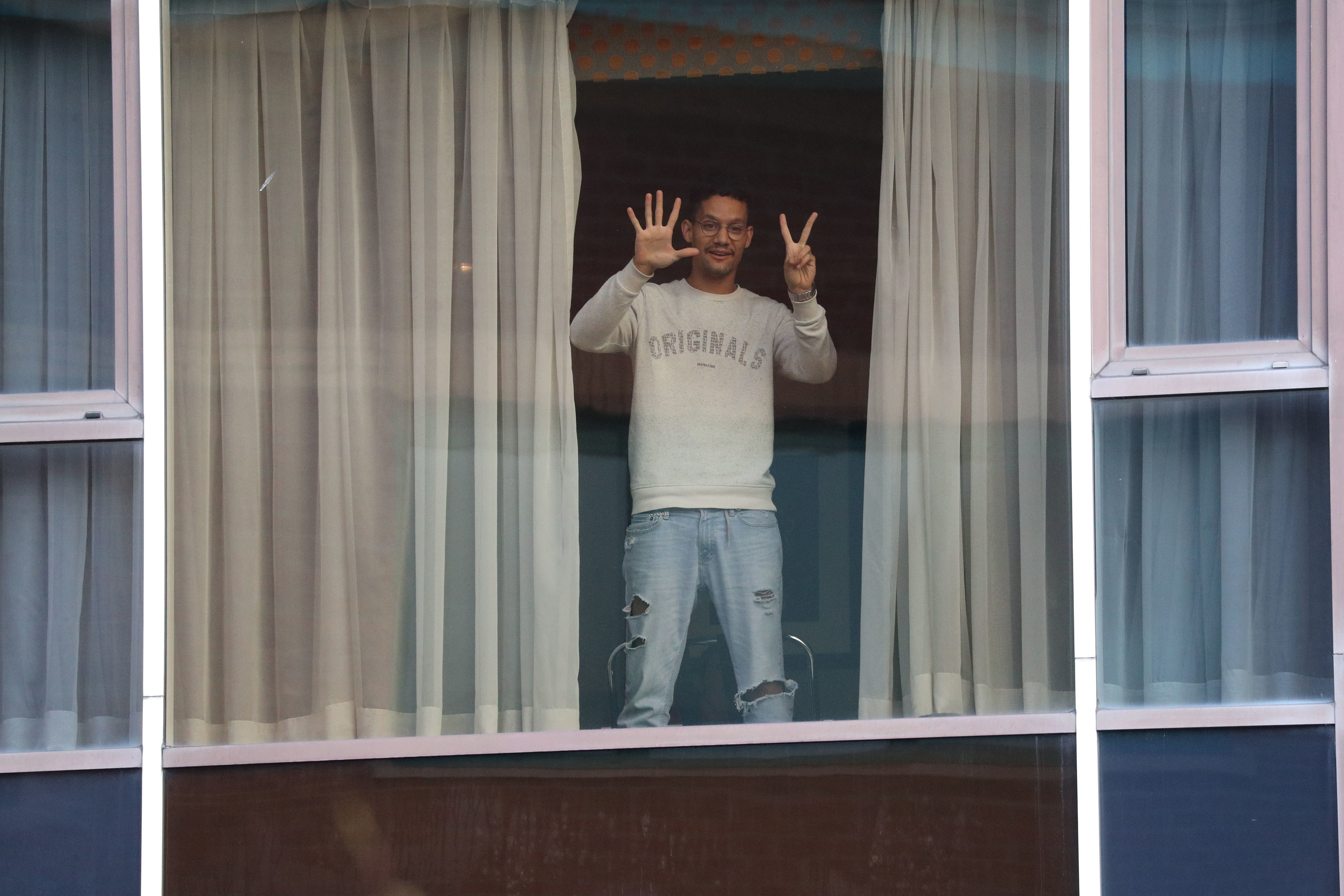 A hotel guest gestures to the media, giving them his telephone numberCredit: PA:Press Association 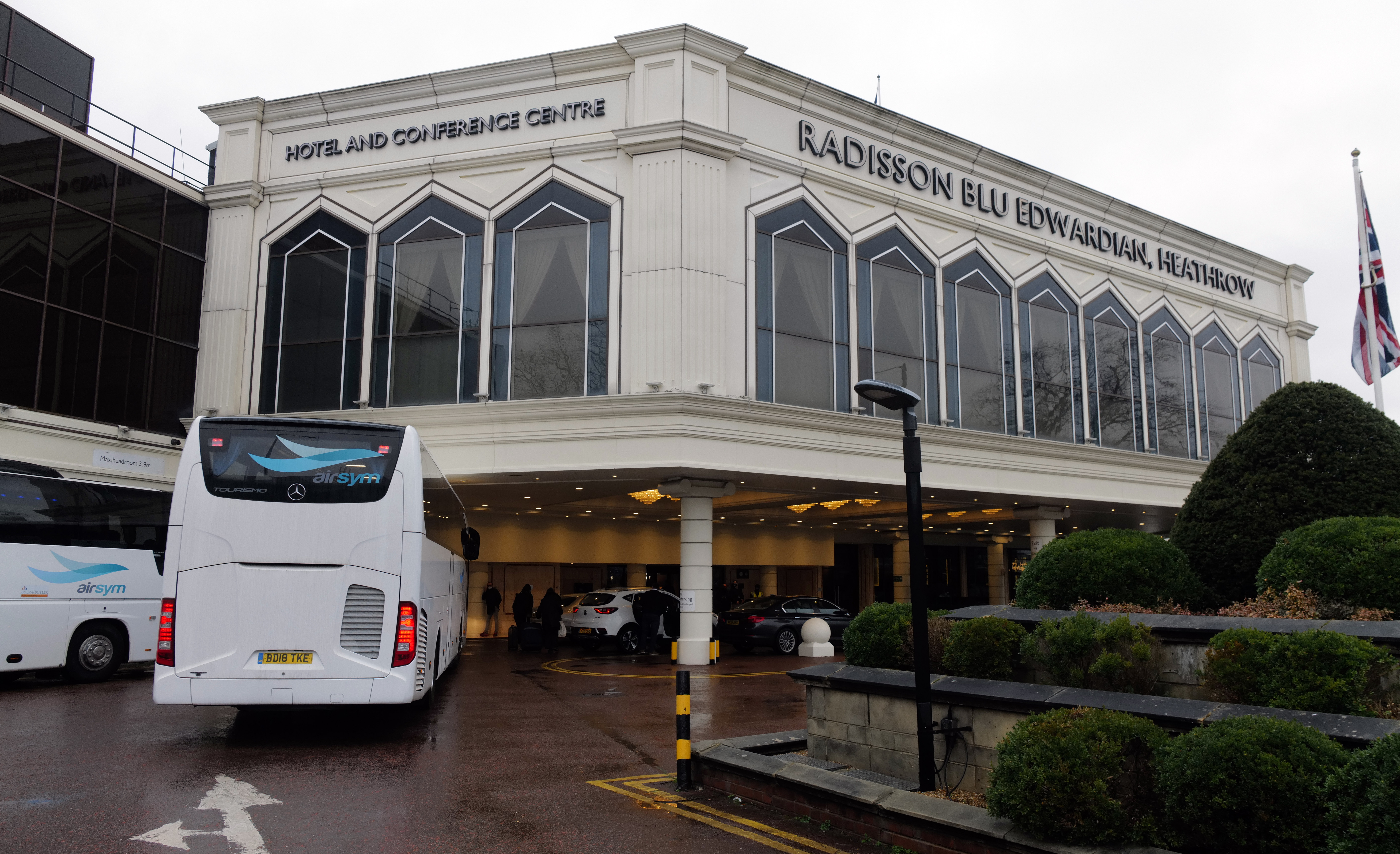 At least four coaches have dropped off small numbers of passengers at the Radisson Blu Edwardian hotel at Heathrow Airport on Monday morningCredit: w8media 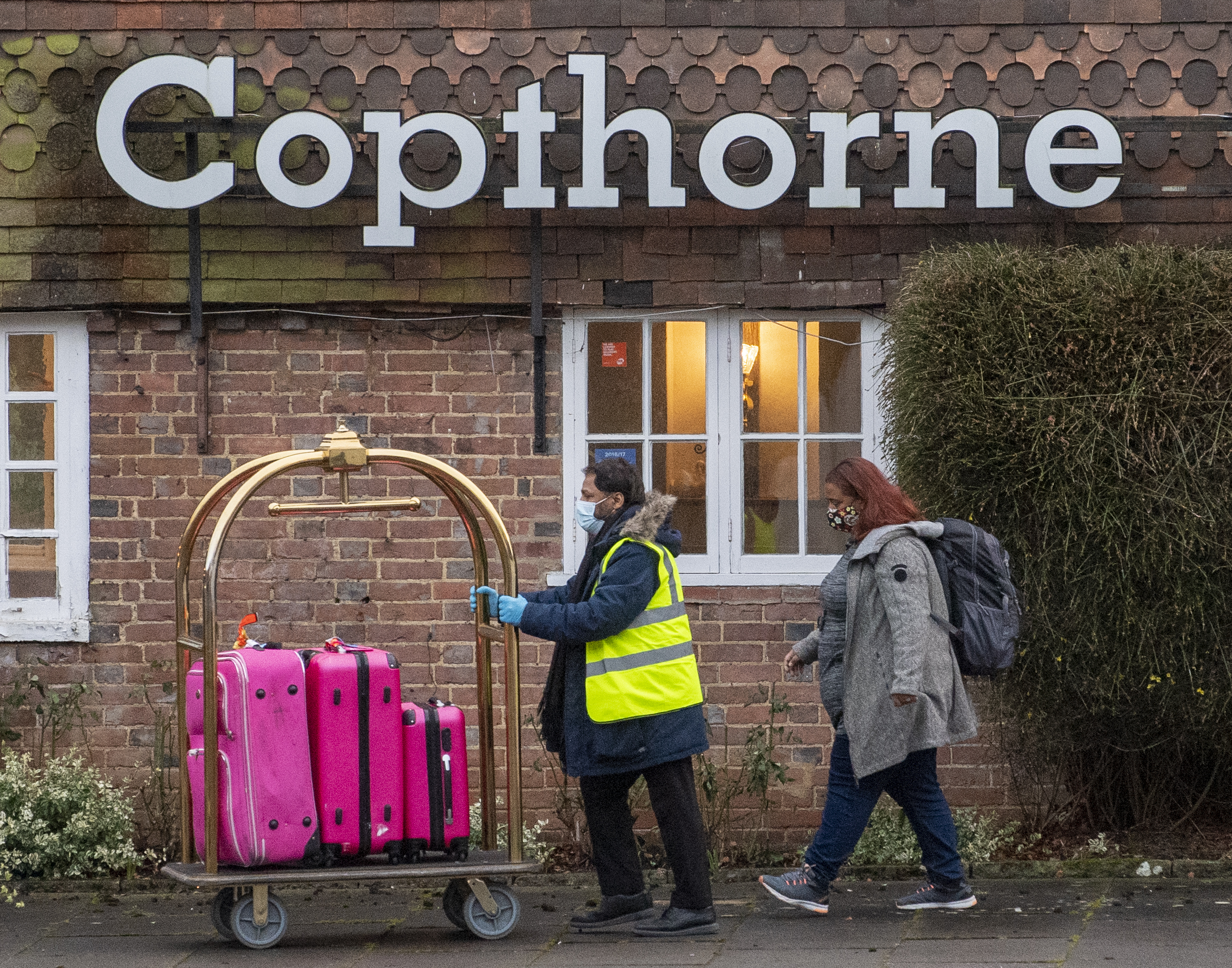 Quarantined passengers arrive at the Copthorne Hotel in Crawley near Gatwick after arriving on a flight from MadridCredit: Doug Seeburg – The Sun

Roger Goncalves, 23, who had returned from Brazil, said: “I’m feeling sad. There’s no need for this. I showed my test and it’s negative.”

Isolated passengers criss-crossed with arrivals not facing quarantine as they all left the main arrivals door at Heathrow Terminal 5.

At Gatwick, meanwhile, coaches waited for quarantined arrivals but few turned up.

Among earmarked hotels was the Copthorne, a converted 16th century farmhouse.

The Government has deals with 16 hotels to provide almost 5,000 rooms.

A No10 spokesman defended the quarantine arrangements last night.

He said: “We’re working with airlines and carriers to ensure flights are Covid secure.

“In UK airports there are different processes if you come from a red-list country, such as separated baggage reclaim.” 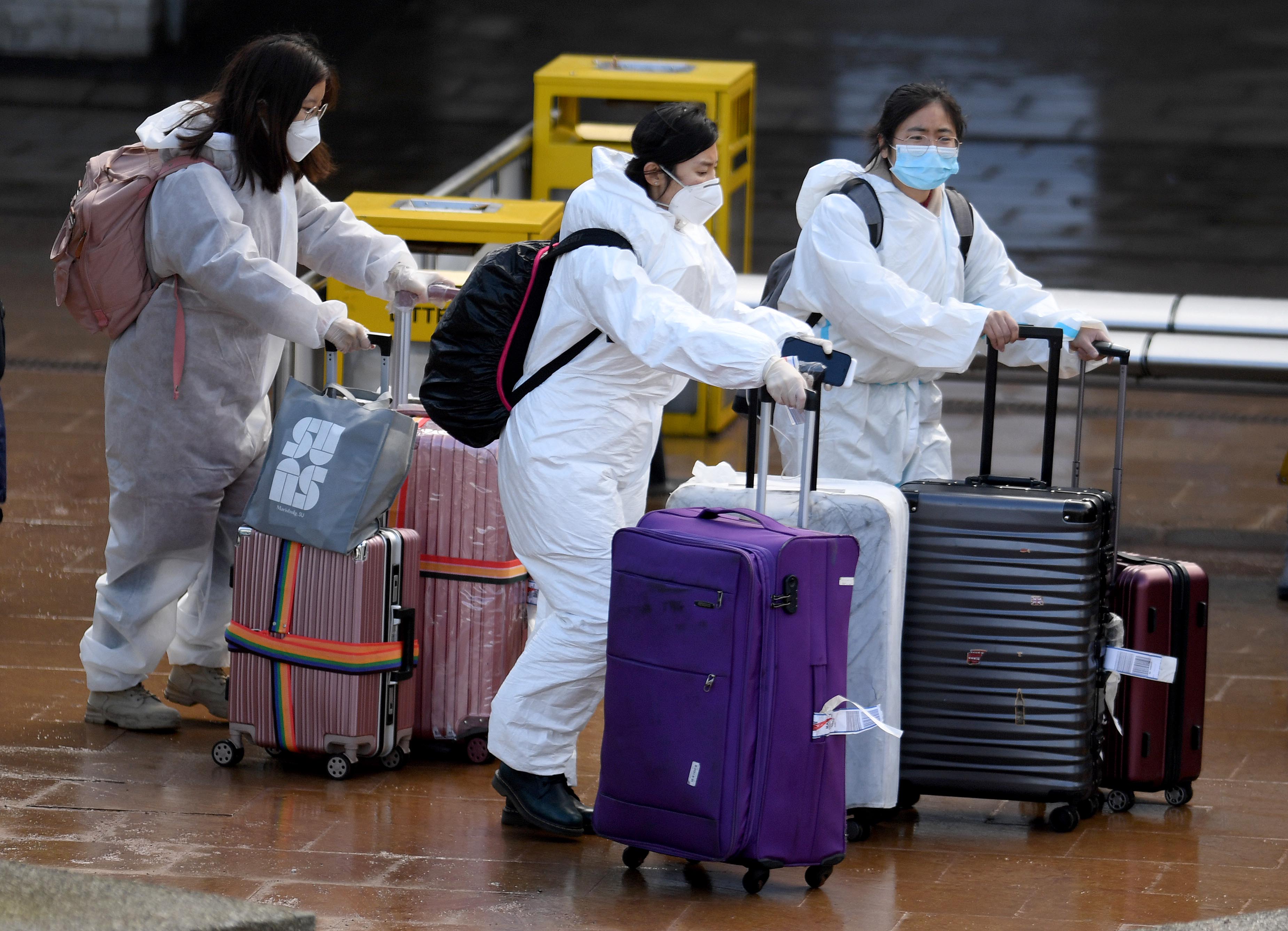 Manchester passengers arrive in hazmat suits – without the need to quarantineCredit: Zenpix 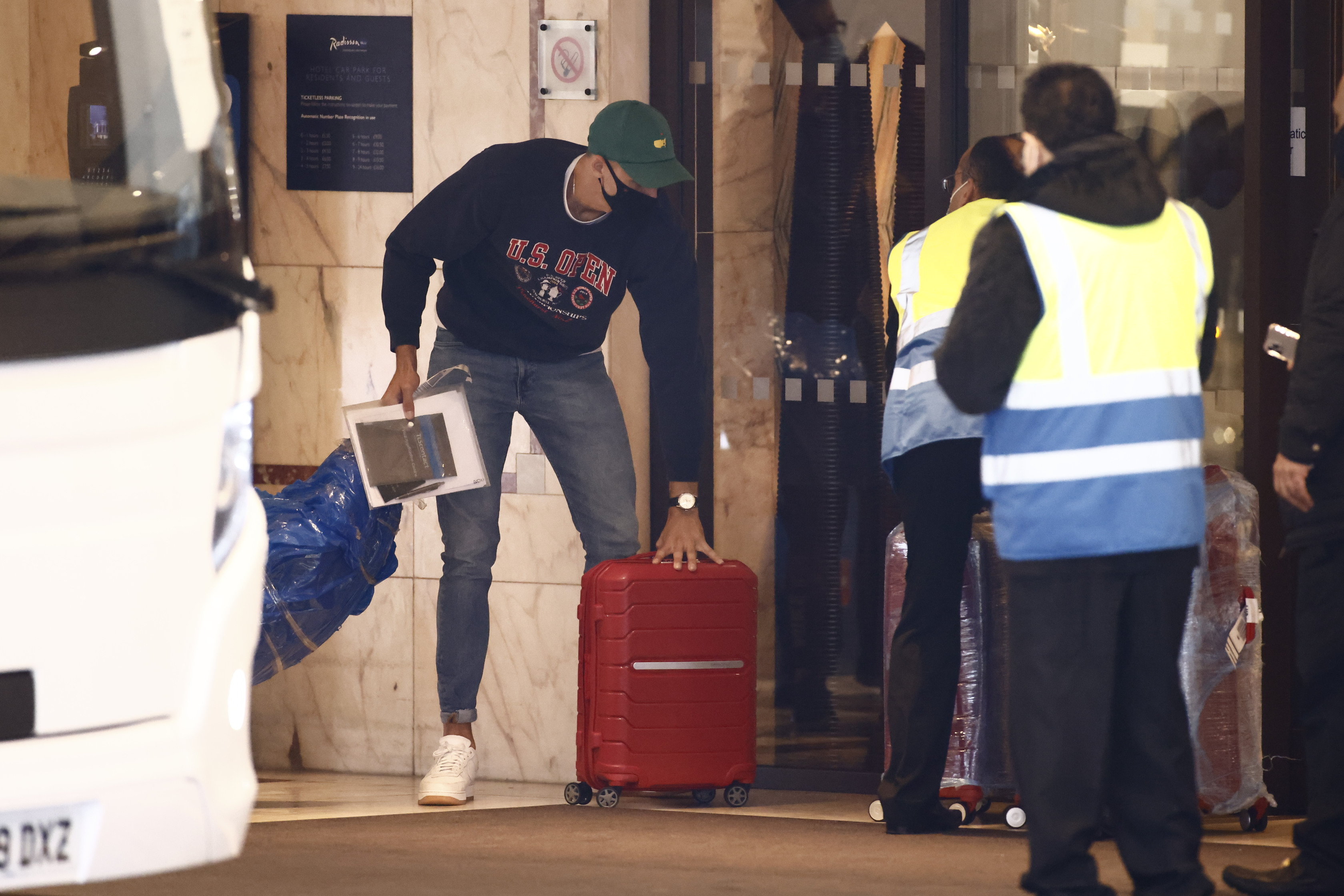 The first passengers to go into hotel quarantine arrive at a Radisson hotel near HeathrowCredit: London News Pictures 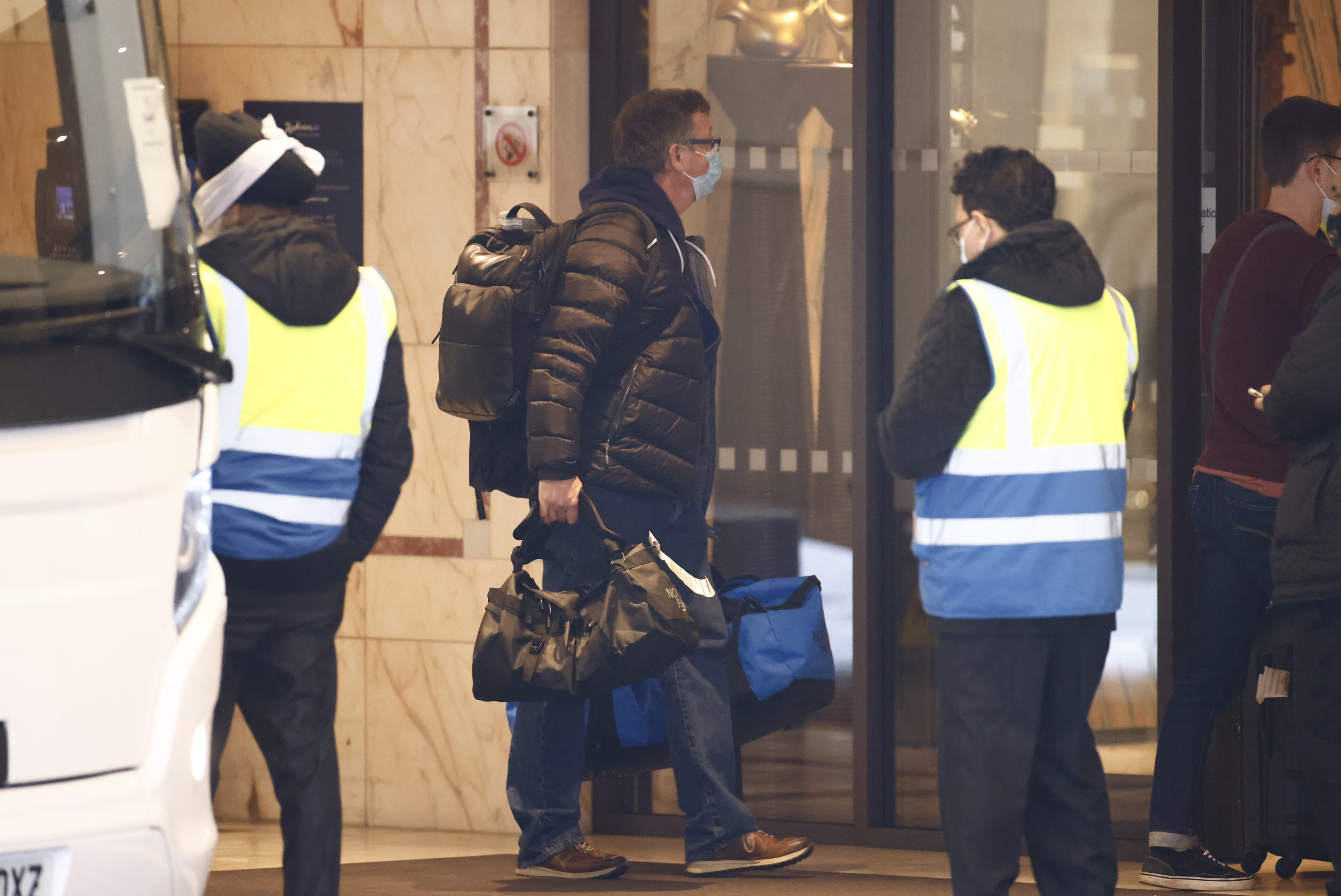 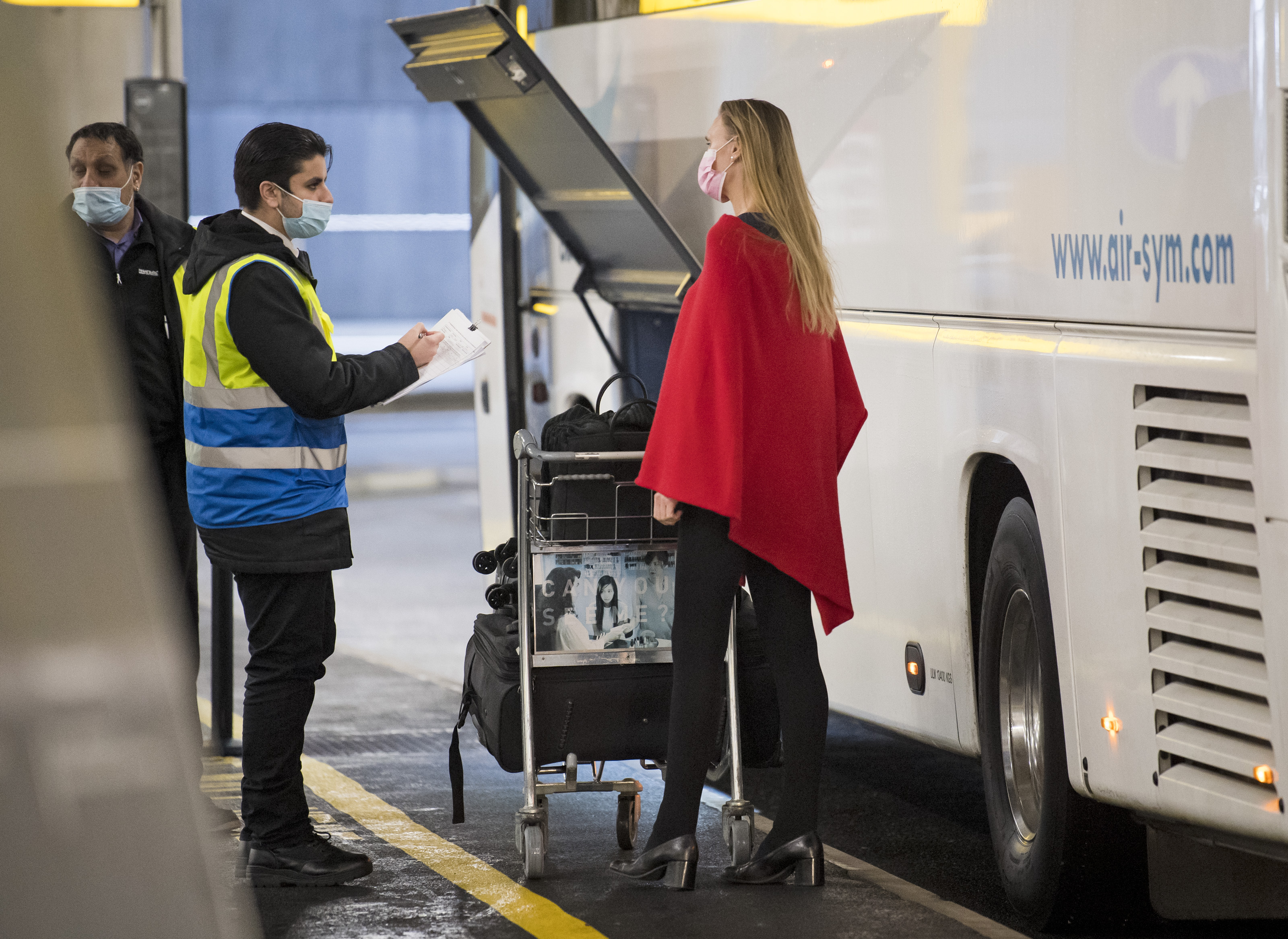 A traveller gets on a bus to be taken to a quarantine hotel after arriving at Heathrow Airport Terminal 2 in LondonCredit: London News Pictures 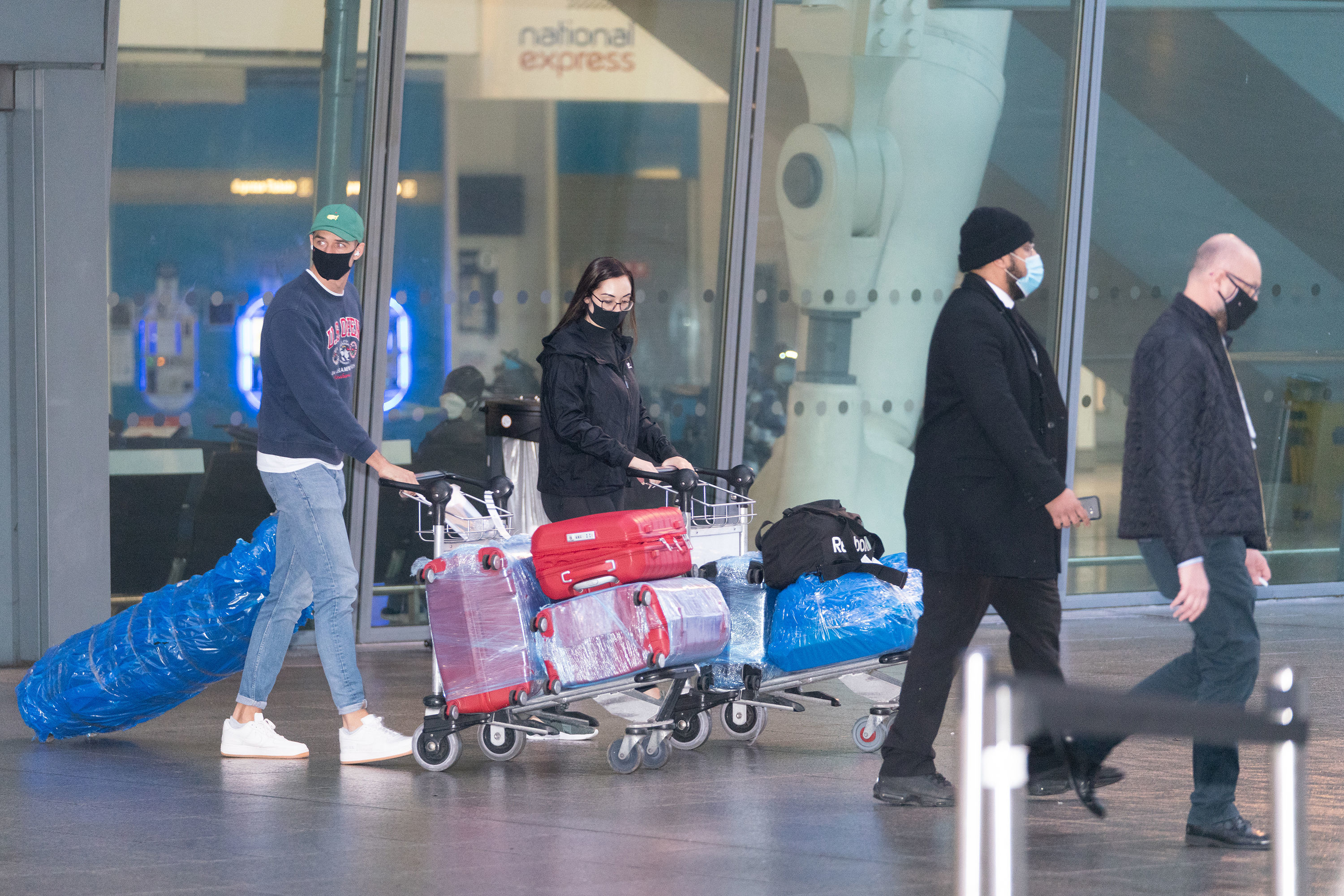 Portugal (including Madeira and the Azores)

HOW can we get the vaccine roll-out so right, yet make the hotel quarantine system look so ham-fisted?

The first day of curbs on arrivals from high-risk nations bordered on farcical.

Passengers from the 33 so-called “red-list” states said they had freely mingled on flights and in the airport with travellers from other countries — long before they were escorted under tight security to spend ten days locked up in hotels.

The Government must not let this turn into another track-and-trace fiasco. 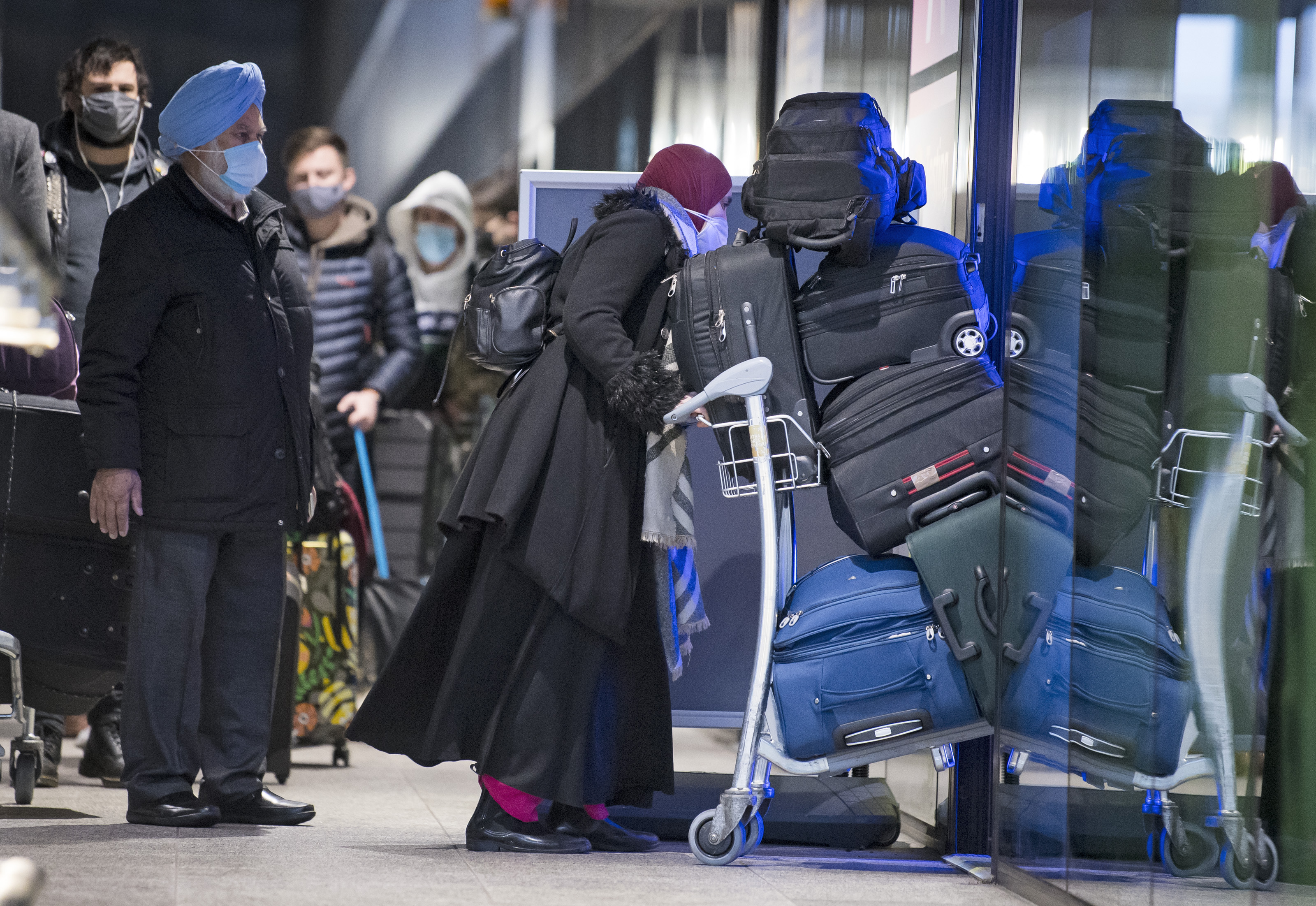 Travellers arriving in the UK queue outside a Covid-19 test centre at at Heathrow Airport todayCredit: London News Pictures 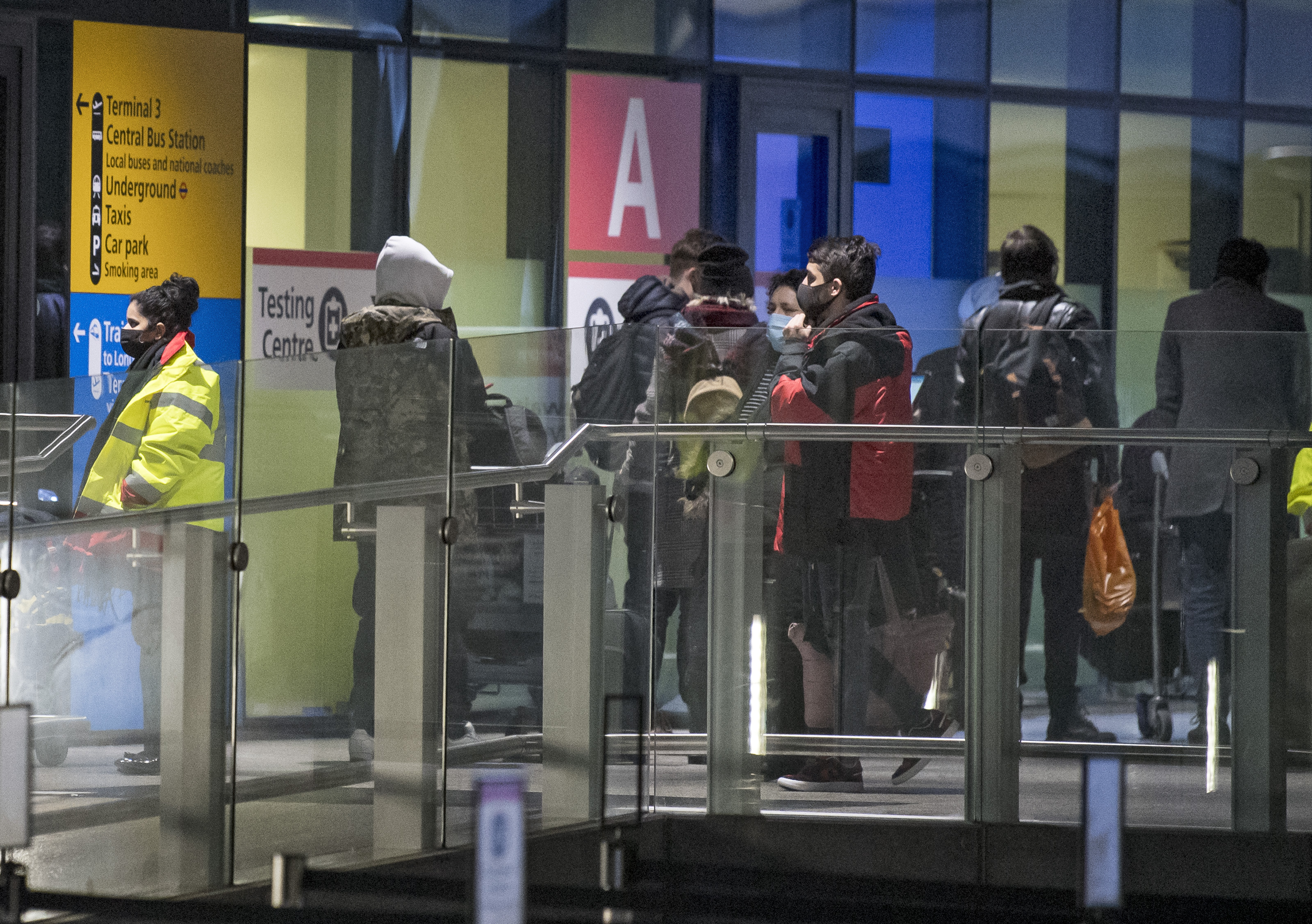