A GROUP of four flouted lockdown rules by travelling more than 50 miles to “look at the snow” – before crashing their car.

The group, all from different households, were caught by police after the driver lost control of the vehicle causing it to roll onto its side near Bamford, Derbyshire. 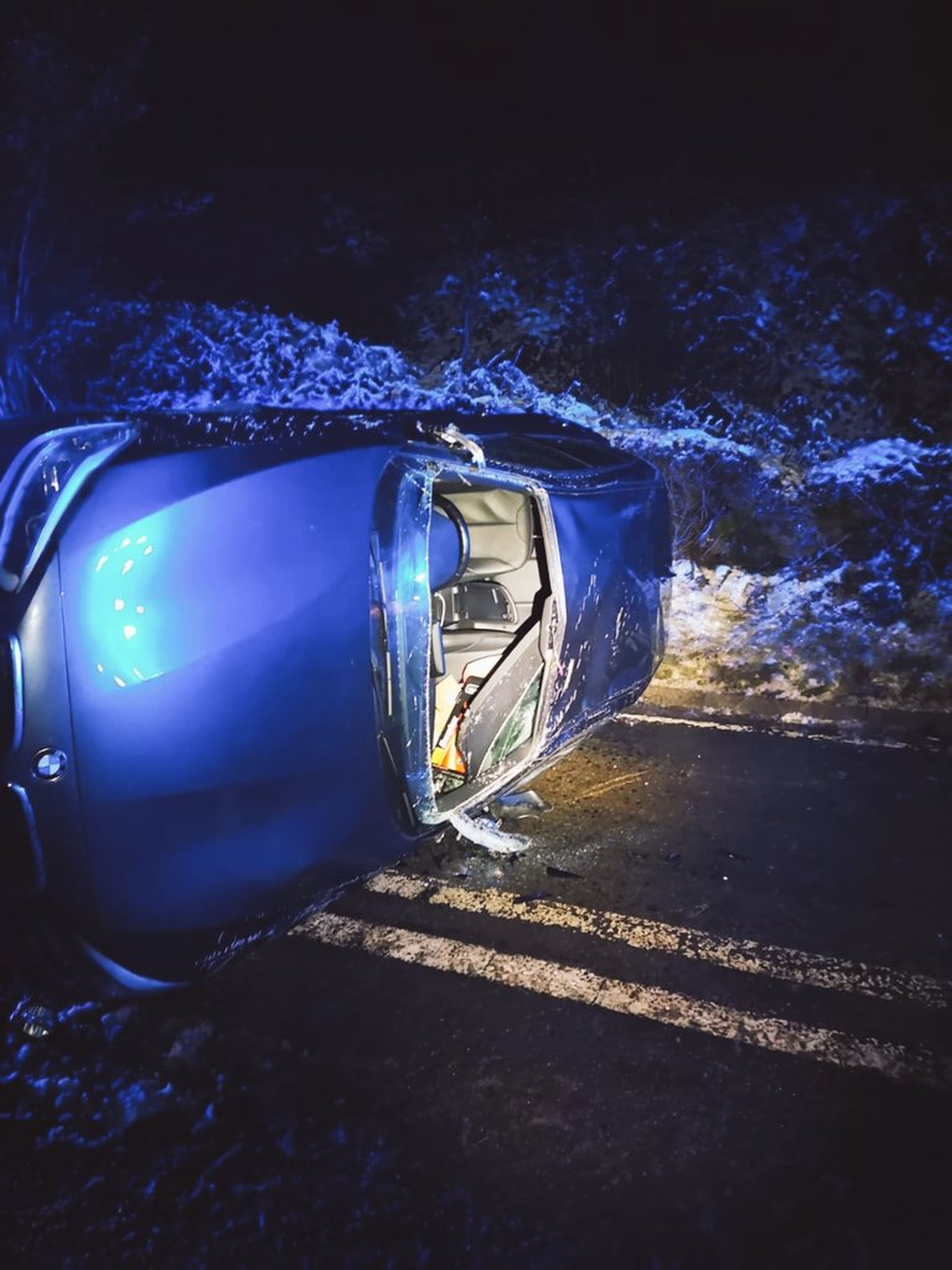 The BMW was flipped on its side during the accidentCredit: DerbyshireLive/BPM

Authorities learned that the driver and passenger had travelled from St Helens in Merseyside to Bamford in the Peak District.

The High Peak response team arrived at the scene to find the car had toppled and the windscreen smashed.

Luckily, no-one was injured during the crash that took place over the weekend on Saturday 16 January.

The sight-seers had a hard time explaining the trip to police and were all handed fines for flouting Covid rules.

Derbyshire Constabulary said: “Four people travelled more than 50 miles from St Helens to Bamford, to ‘look at the snow’, but resulted in rolling their car on its side.

“The four vehicle occupants were from different households. Is this essential? No.’’

Only essential travel is allowed under current lockdown rules, and you must not leave your home unless you have a reasonable excuse (for example, for work or education purposes).

Travel should be kept local according to government guidelines, meaning avoiding travelling outside of your village, town or the part of a city where you live – and look to reduce the number of journeys you make overall.

The group aren’t the only ones being handed fines with a passenger in a Mercedes being fined £400 after breaching lockdown rules twice in four days.

On Monday the rule breaker was fined £200 for travelling to Chesterfield from Leicestershire to meet two pals for “exercise” – at McDonald’s.

Derbyshire police say he has received a second ticket just four days later after being caught in Chesterfield again.