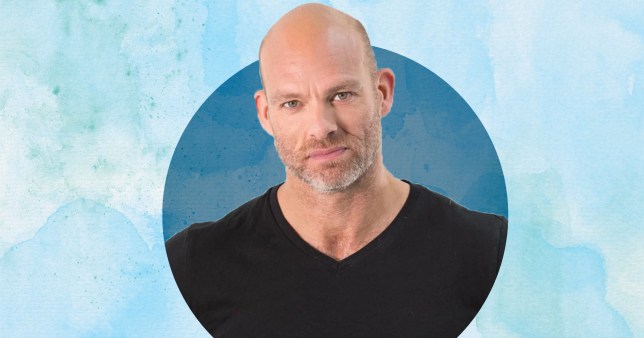 James Crossley may have made wearing spandex to entertain millions of people on a Saturday night look easy, but as Hunter on 1990s TV hit Gladiators, every episode was an epic battle.

Filming two episodes a day, and despite suffering multiple dislocated shoulders, James, now 47, was not only pulling cars round car parks in his spare time to stay fit, but practising yoga in between to repair his broken body.

Following the show, James competed in strongman competitions. He is now a qualified yoga instructor at Sadhana Wellbeing and has released a DVD, Fit At 40+.

Were you at your peak fitness when you were on Gladiators?

I was as far as conditioning and athleticism. But as far as strength and power, that would have been when I was competing in strongman competitions afterwards.

It depends on what you want, you can condition your body to whatever it needs to do.

What did people not know about being on the show?

I dislocated my shoulder six times. It just kept coming out. Because of the time restriction of the show I could never get it properly sorted.

That would have meant being out for seven months. In the final show we did, Battle Of The Giants, I dislocated my shoulder again in the first event.

From a fitness point of view, was filming very full on?

A lot of people didn’t realise that we filmed two shows a day, with two days on and two off. In one weekend we’d have filmed four shows.

There was a lot of hanging around then potentially 18million people watching – we were under pressure to win. We only had two days practice for all the events.

You had to recreate the events in your own spare time to stand a chance. I had to change my body from bodybuilding to athlete.

I would box on a podium with my feet tied together, climb the local climbing wall with a weighted backpack, push cars around a car park – I was always trying to recreate things with the same pattern. Everything was quite Rocky Balboa.

How did your approach to fitness change aftewards?

I had all these skills that were useless in real life. I mean I could run around in an Atlasphere but that’s pretty useless anywhere else. I retrained as an actor post Gladiators. I did marathons, triathlons, I experimented. 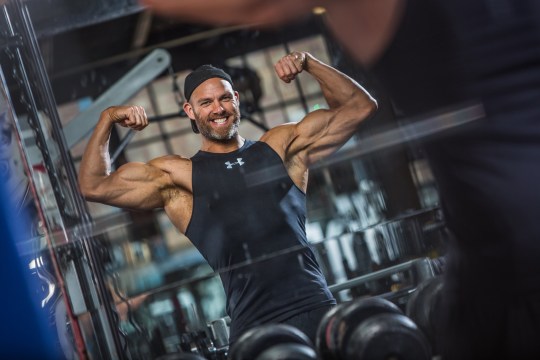 I got two world records in the process. I was also working as a strength and conditioning coach.

When you hit your forties what changes did you notice?

Because I had been competing in strongman my body had become very stiff. I’d torn my biceps and both my wrists were weakened.

I realised I needed to change something otherwise I would be the one who was walking around in pain when I got older.

I wasn’t nourishing my body I was annihilating it. Lockdown helped me to realise that I needed to do things differently.

What did you change?

I had a shoulder problem for so long and realised during lockdown it’s time to look after my body and make it less than a powerhouse.

During lockdown I changed my garden into a gym and started working on improving the things that I had neglected. I started trawling eBay for all sorts of things. I found benches, car tires, dumbbells, stones. It started as a small set-up but now it’s really decent.

Were your neighbours impressed by Hunter from Gladiators running around the garden?

One of my neighbours is 93 and I don’t think she’s too bothered.

How did you discover yoga?

I did yoga during my Gladiator years to improve my athleticism in Poleaxe and Pendulum. I kept it going through strongman competitions to help me with lifts – it’s useful for range of motion if you want to flip a car.

You’ve got to get down into that deep squat position. It really helps. I trained as a yoga teacher in Lockdown One and am now a teacher in it and do classes online. 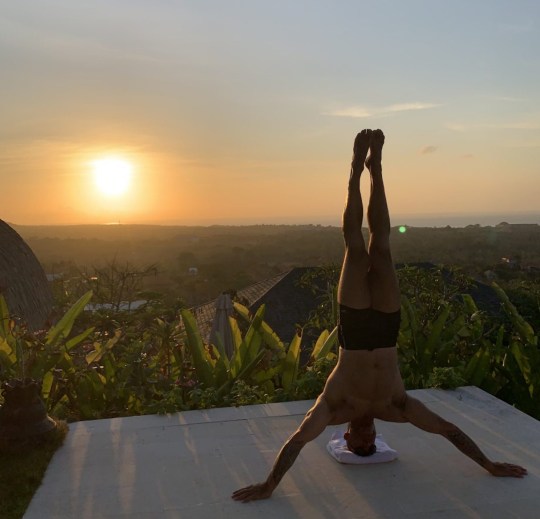 James became a yogi after finding it improved flexibility and recovery

It’s important to find a style of yoga that helps you and do it regularly. I didn’t’ really notice the difference until I was doing it three times a week.

If you’re running a lot during lockdown then yoga is essential to recover.

I hate the phrase ‘age is just a number’. Your body changes with age. You need to update your lifestyle. You wouldn’t wear the flares now that you wore in the 1970s. Keep up to date with your body needs.

What do you love about keeping fit?

I enjoy having a purpose and the way it makes me feel both physically and mentally. It’s part of my life and if I don’t train for two weeks I will be very edgy. The body is an amazing tool.

There are hormones that react to certain things. The more active you are the better you are in mind. It’s important to choose the activity you enjoy. It doesn’t matter what it is.

I was training a guy who just hated weights. We had a chat and found he always fancied fencing.

I got him a fencing club and he loved it and lost a lot of weight, felt great and became a masters champion. The best workout in the world is the one you enjoy.

Why is exercise important in lockdown?

During lockdown people’s whole mood has changed and exercise can really help. If it is hard to motivate yourself to do an hour do shorter workouts of 20 to 30 minutes in between looking after the kids or pets.

Write down what you eat over three days, see what you are eating, be mindful of your food choices. Watch out for dehydration. When you are at work you might nip out and get water or food but at home time passes in a different way.