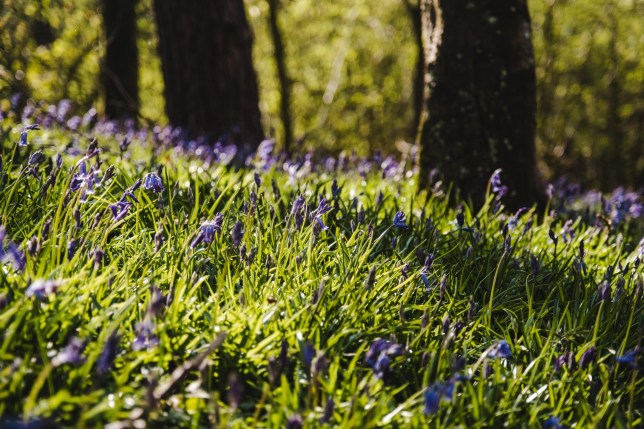 Forest bathing, which originated in Japan, means immersing yourself in the sounds and sensations of woodland (Picture: Rupert Barry)

When was the last time you took a long walk through a forest, listened to the birds sing and stopped to smell the foliage or touch the bark of the majestic tress there?

While people have used walking, hiking and visiting green spaces to cope during the pandemic, the practice of forest bathing is still largely unknown.

Developed in Japan, Shinrin-Yoku – which translates as forest bathing in English – is an immersive nature therapy experience that’s supposed to be done under the canopy of trees.

Once there you fully immerse yourself in the forest atmosphere, taking in your surroundings with all five senses.

It might sound a bit woo-woo, but the evidence for its benefits are huge. The practice can be as simple as walking in any forest and connecting with what’s around you, but there are also guides and retreats to help structure how you go about it.

In Japan, Dr Qing Li started researching the benefits of forest bathing in 2004 (the term forest bathing originates back to 1982) and studies there now show it can reduce blood pressure, lower stress, improve cardiovascular and metabolic health, lower blood-sugar levels, improve concentration and memory, lift depression and anxiety, boost your energy levels and most importantly boost the immune system with an increase in the count of the body’s natural killer (NK) cells, while also increase anti-cancer protein production. 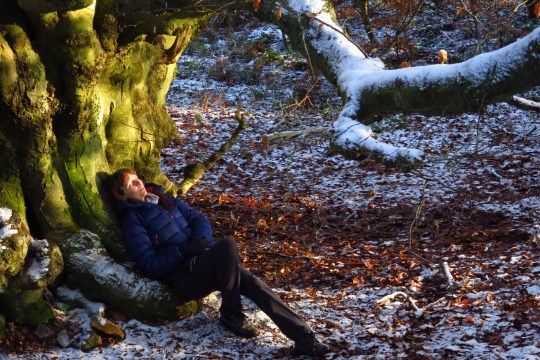 Being at one with nature can have a huge impact on your physical and mental health (Picture: Kirsten McEwan)

‘It’s seen as preventative therapeutic intervention for people,’ says Gary Evans, co-founder of The Forest Bathing Institute in the UK.

‘During the first lockdown across England, a survey carried out by Natural England found that 85% of adults reported that being in nature made them happy. Forest bathing isn’t a jog, or a walk with a friend as those activities raise your heart rate. Instead, we encourage people to go out by themselves and slow down, immerse themselves and focus on their senses.

‘It’s about lowering the heart rate, promoting calm and aiding relaxation. It’s a form of mindfulness, as being in nature and not thinking about your “to do” list means you’re mindfully observing.

‘Simply finding a nice place to sit in the forest and absorbing the surroundings can be incredibly relaxing.’ 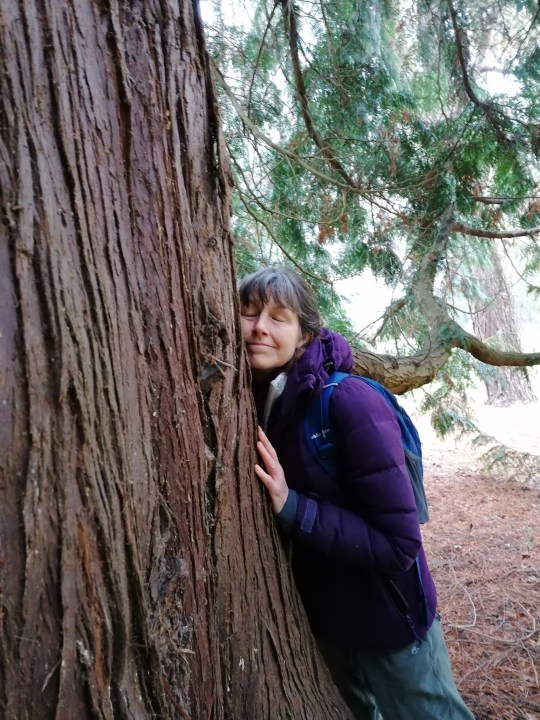 Tree-hugging is good for you (Picture: Philippa Bassett)

In the UK, the first scientific research study into the health benefits was published earlier this year and it’s hoped this will now help healthcare providers to understand the effects of forest bathing and prescribe it to improve our wellbeing.

In Japan, it’s already prescribed to patients who have high blood pressure, or say they’re stressed and the country has more than 60 accredited woodland trails.

The Japanese tourist board say that millions of people a year now using forest bathing for preventative healthcare.

‘The study also produced improvements in heart rate variability in 57% of participants and reduced anxiety by 29%.’

And it’s not just the health and wellbeing benefits we could reap, Gary hopes that as we come to understand how much we need the environment there will be a bigger focus on protecting it. 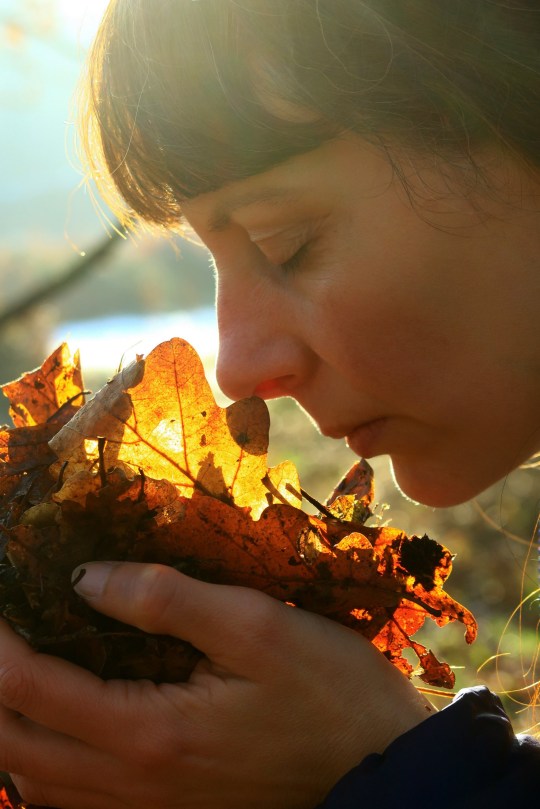 ‘Don’t under-estimate the importance and the benefits of slow-paced time in nature,’ he says.

‘It’s widely accepted now that we can’t constantly be in the fight or flight response. It puts too much pressure on our physiology which leads to increased stress.

‘Taking some time out in the forest will nourish the major organs and higher brain function via the para-sympathetic nervous system. Numerous studies have shown, slow paced activities such as forest bathing lead to greater creativity and problem solving skills, both of which are extremely helpful in our business and personal lives.’

The Forest Bathing Institute has also been asked to launch the UK branch of a Japanese research organisation by Dr Qing Li.

This new collaboration should lead to increased international cooperation on the scientific research surrounding forest bathing.

In the meantime, while further Japanese research is replicated in the UK, if you’re feeling disconnected from nature, or stressed out and stuck in city life, it’s time to take a jaunt to the countryside and embrace everything it has to offer.