SPRING breakers heading to Florida have sparked fears of yet another Covid surge.

College students were spotted in crowds on the sandy beaches, as nearly 2,000 Americans yesterday died from Covid-19. 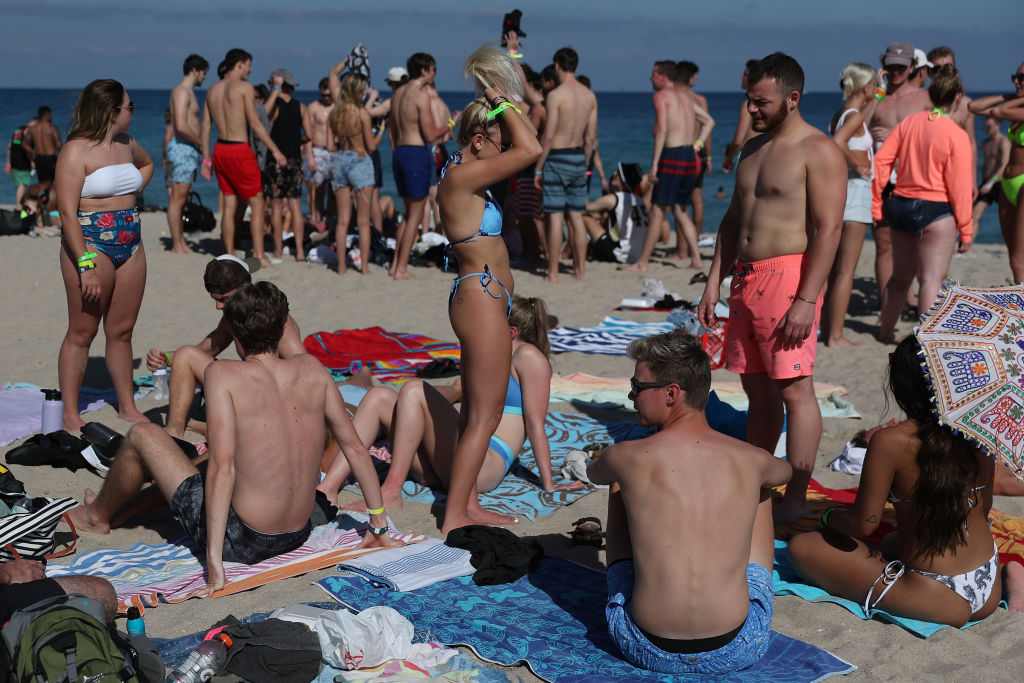 Spring breakers have been spotted crowded together on beaches in FloridaCredit: Getty Images – Getty 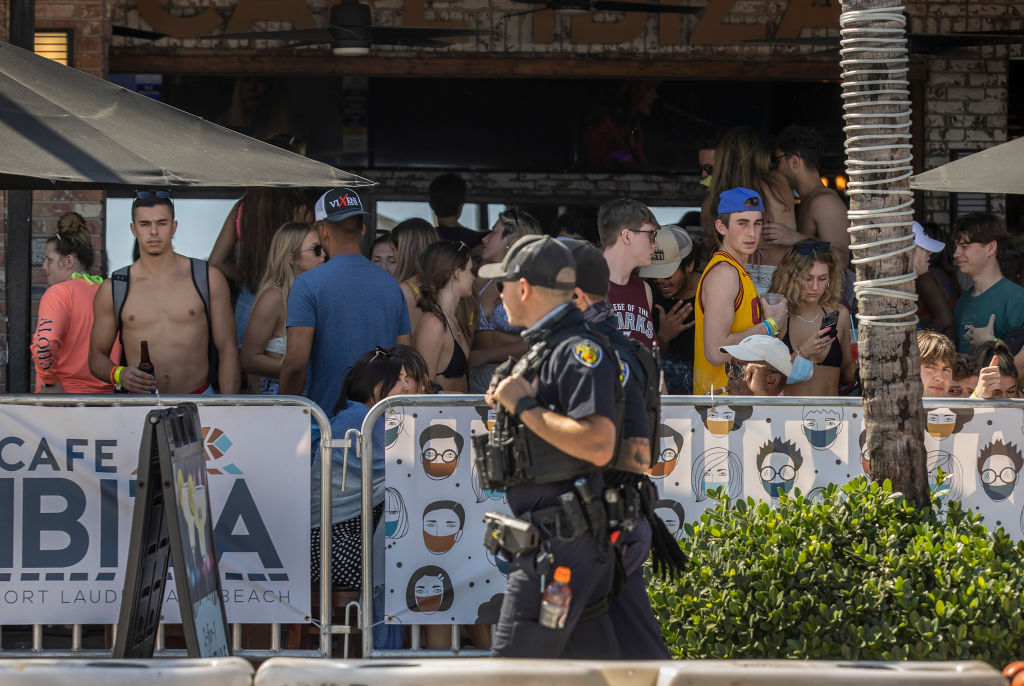 Experts have warned against travel to The Sunshine State as states work to get as many people as possible vaccinatedCredit: Getty Images – Getty

Pictures show people packed together in the sun, maskless and partying.

Experts have warned against people traveling to Florida or other places as states work desperately to roll out vaccines and get as many people as possible the protection against the virus.

“We understand there’s a lot of angst to get out and enjoy our beautiful weather and our beautiful beach, but we’re just asking for cooperation from our college students that do decide to come to Fort Lauderdale,” Frank Sousa, the area’s Police Assistant Interim Chief told WSVN. 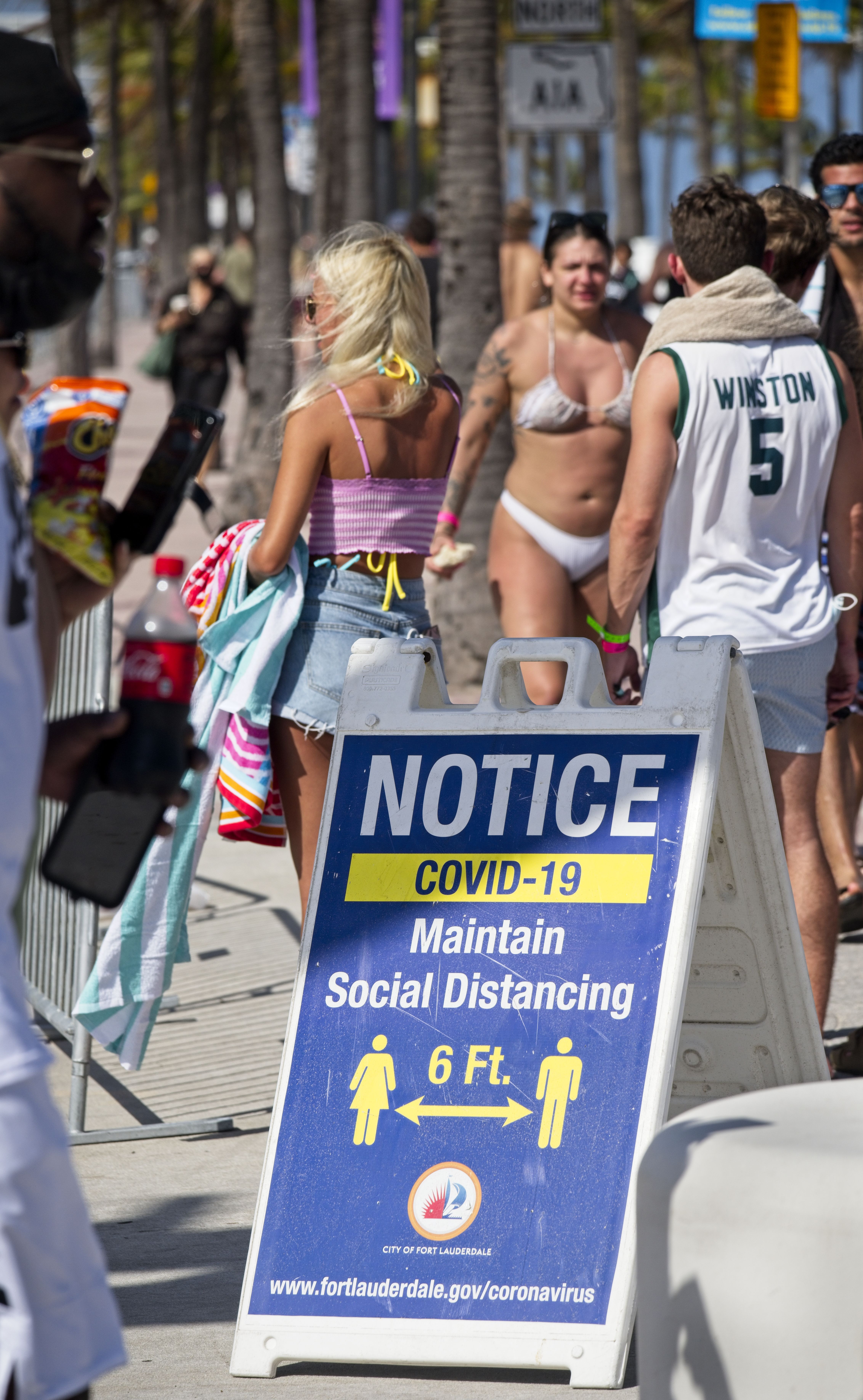 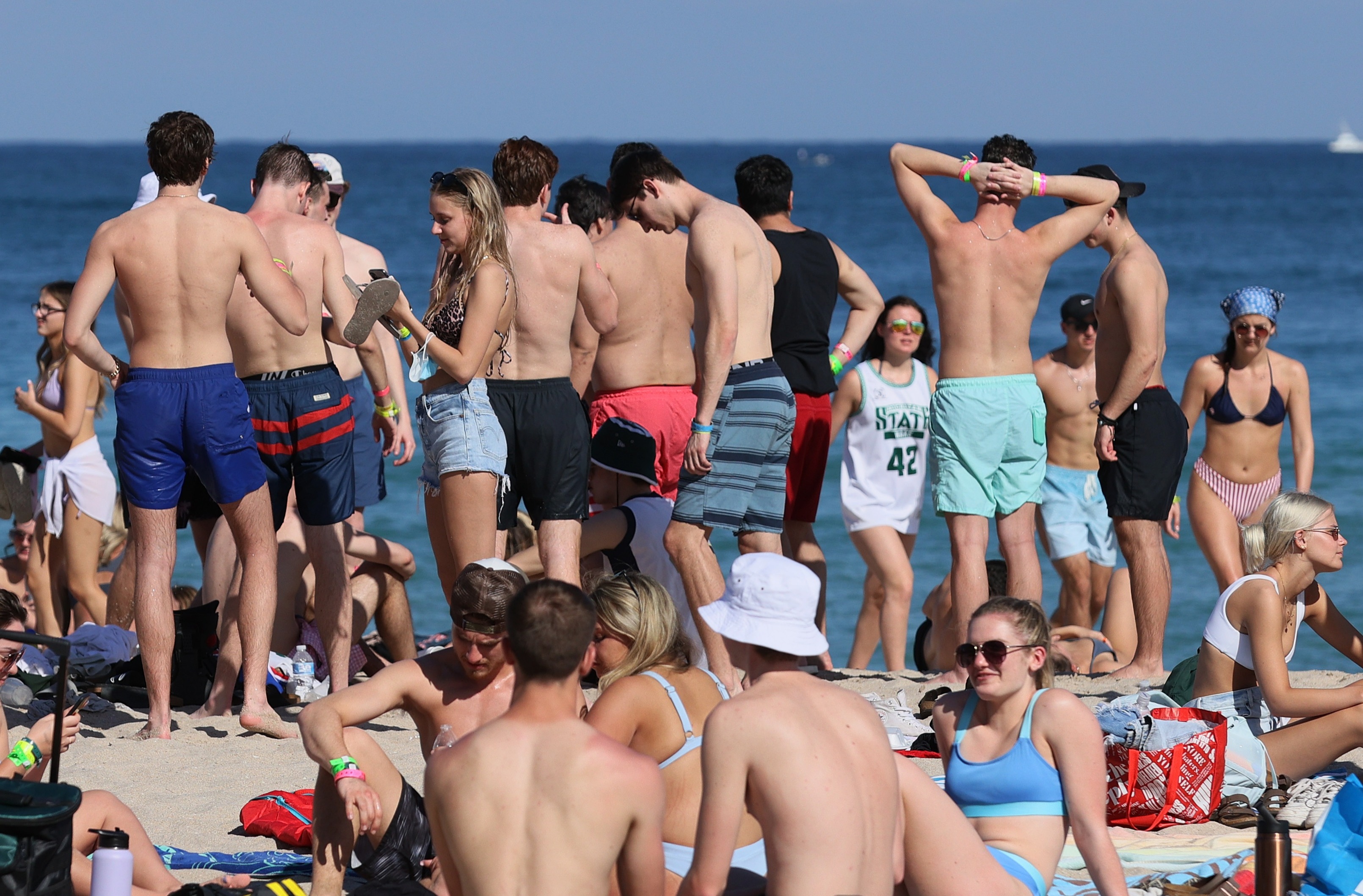 Experts have advised against traveling amid fears of a possible surge in casesCredit: Getty Images – Getty 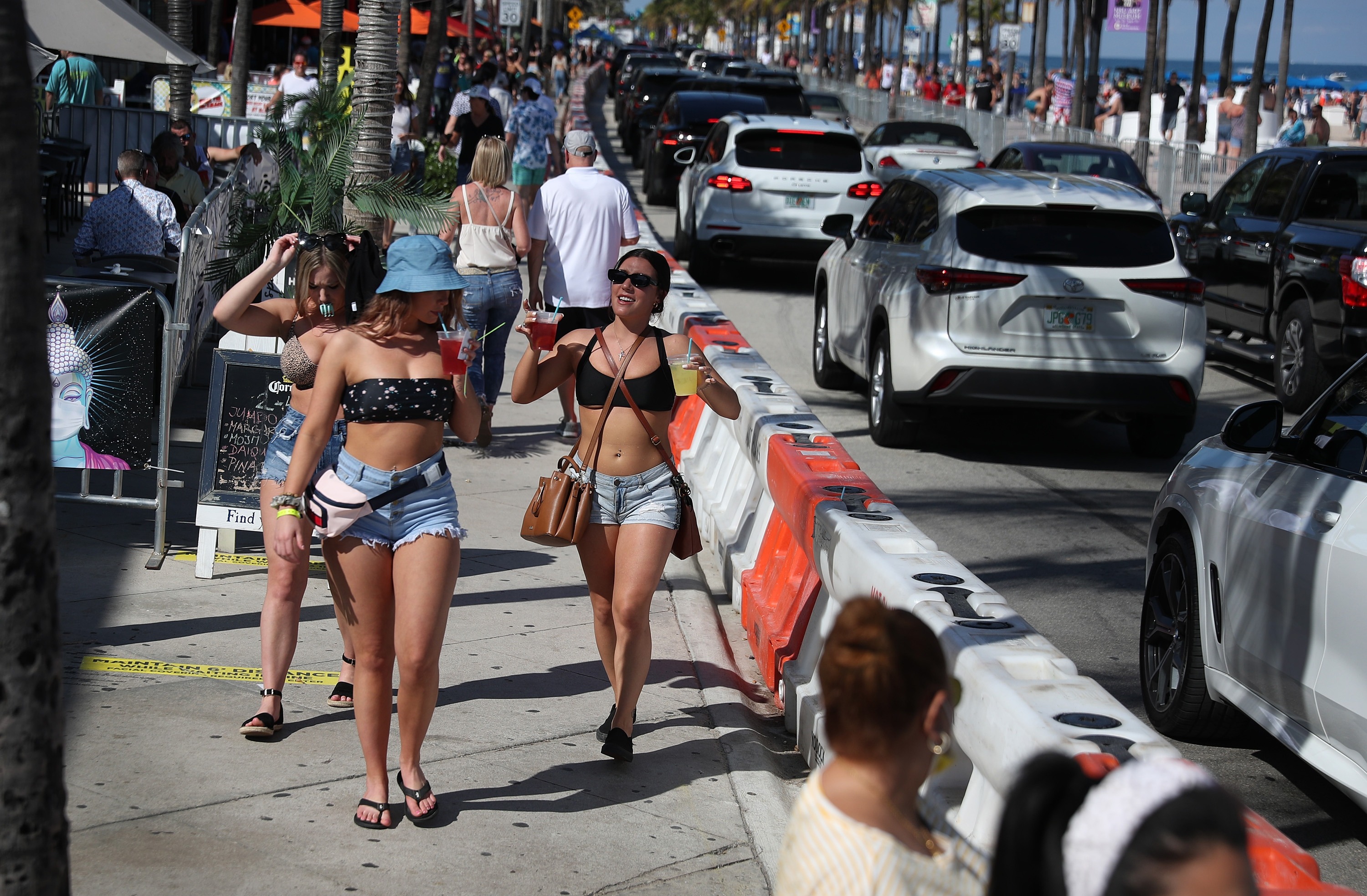 People have been spotted maskless and in crowdsCredit: Getty Images – Getty

Some Florida beaches are shutting down early, with curfews meant to help dampen possible virus spread.

According to the Covid Tracking Project, another 65,000 cases were reported across the nation on Thursday.

Data from the center revealed at least 1,743 Americans died from Covid.

Following a post-Christmas surge in January, cases in the state – and across the nation – have been on the decline overall, data shows.

With travelers from different states heading to Florida for spring break, however, there’s fears that there may be an uptick in cases again. 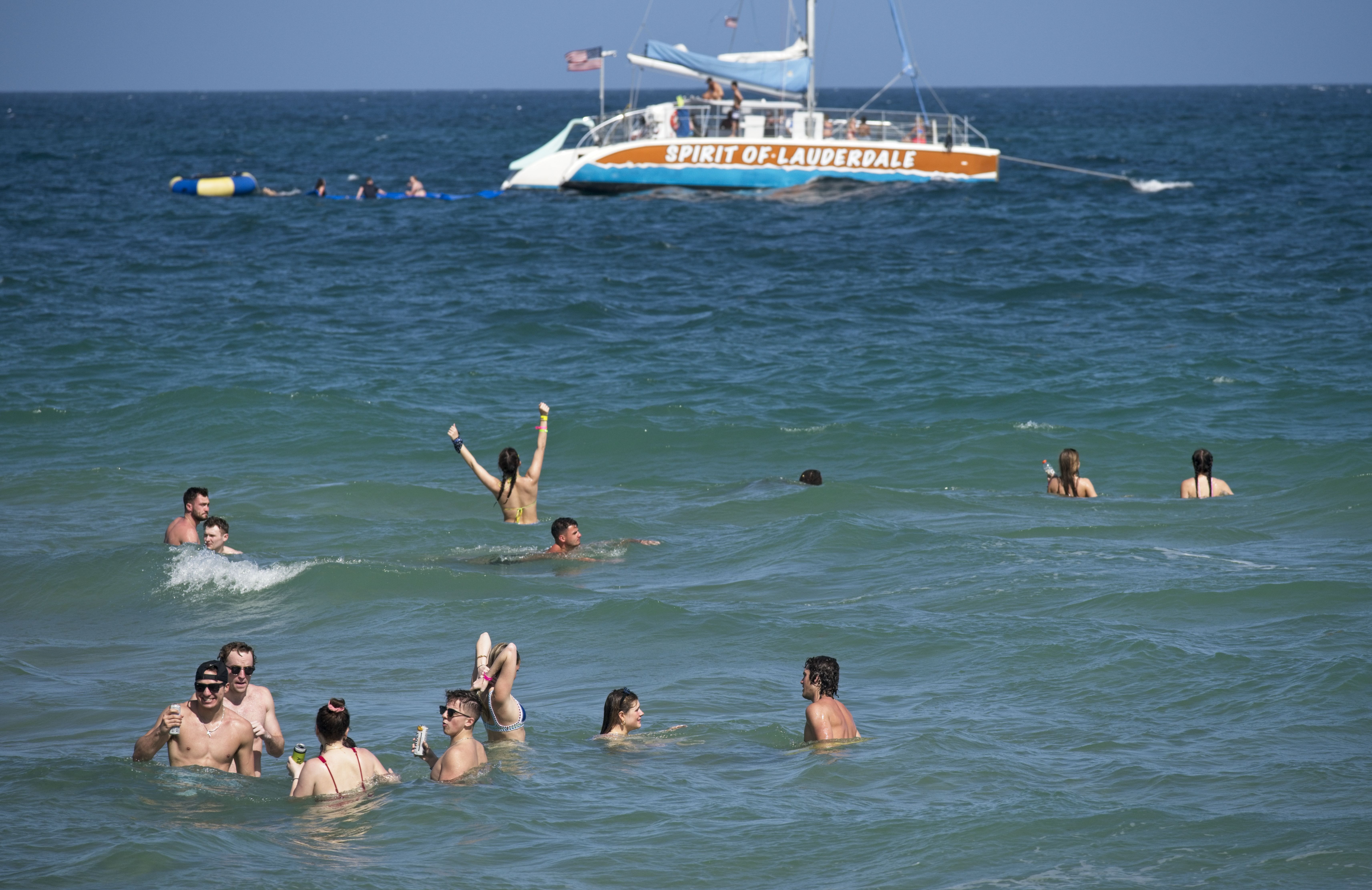 Frank Sousa, the Fort Lauderdale’s Police Assistant Interim Chief said ‘We understand there’s a lot of angst to get out and enjoy our beautiful weather and our beautiful beach,’ but asked people to cooperateCredit: Rex Features 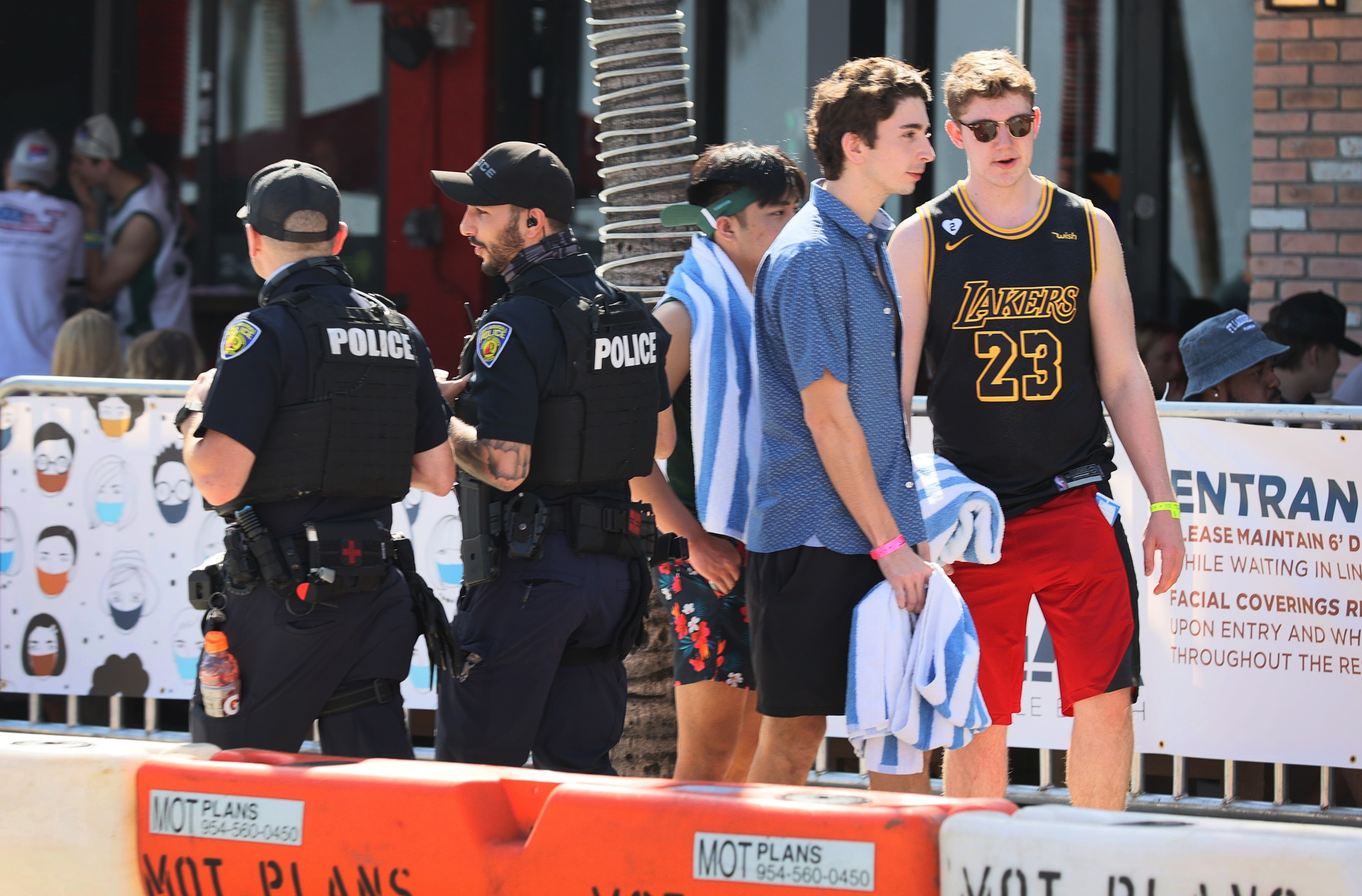 Cases in the US have been on an overall decline following a post-Christmas surge – but there’s fears that spring travel will cause an uptickCredit: Getty Images – Getty

She warned that “spring travel can lead to another surge that frankly would be almost impossible to tolerate,” CBS affiliate KCBS-TV reported.

“Travel increases the risk of getting and spreading COVID-19,”Ferrer added.

“To avoid this, please postpone travel and continue doing your part to slow the spread so that our recovery journey isn’t sidelined,” she urged.

In his State of the State address on Tuesday, Florida Governor Ron DeSantis compared the state’s economy and status to others with more lockdown restrictions – like New York and California.

“There are not a whole lot of Floridians who are itching to move from Florida to lockdown states, but there are thousands and thousands of people who are seeking to leave the lockdowns behind for the greener pastures in Florida,” DeSantis said. 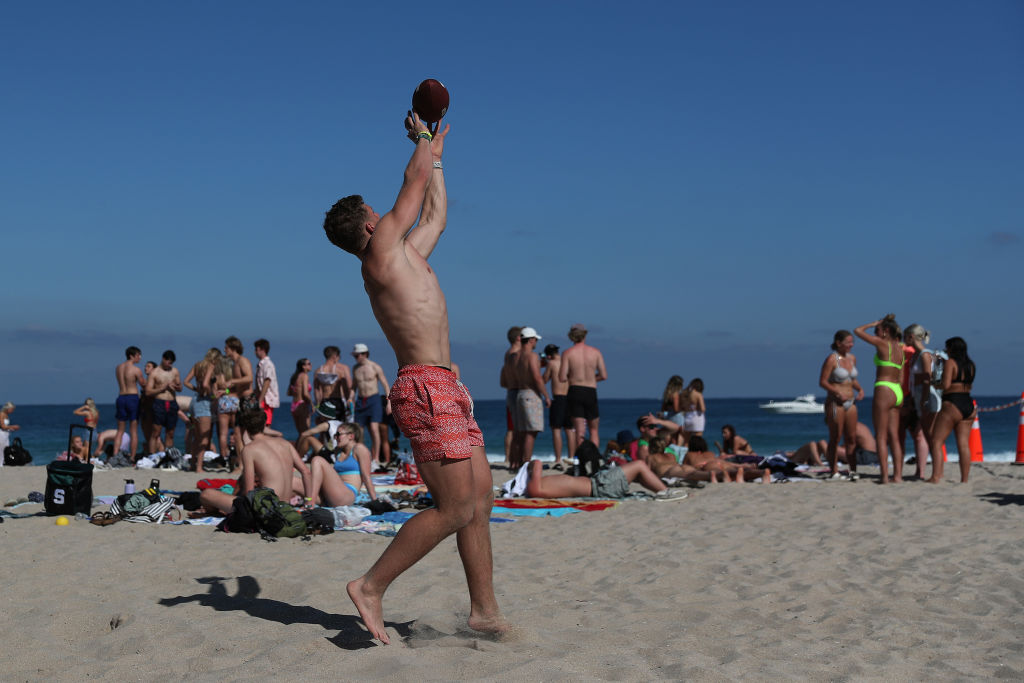 People are seen playing catch with a football on the beach in Fort LauderdaleCredit: Getty Images – Getty 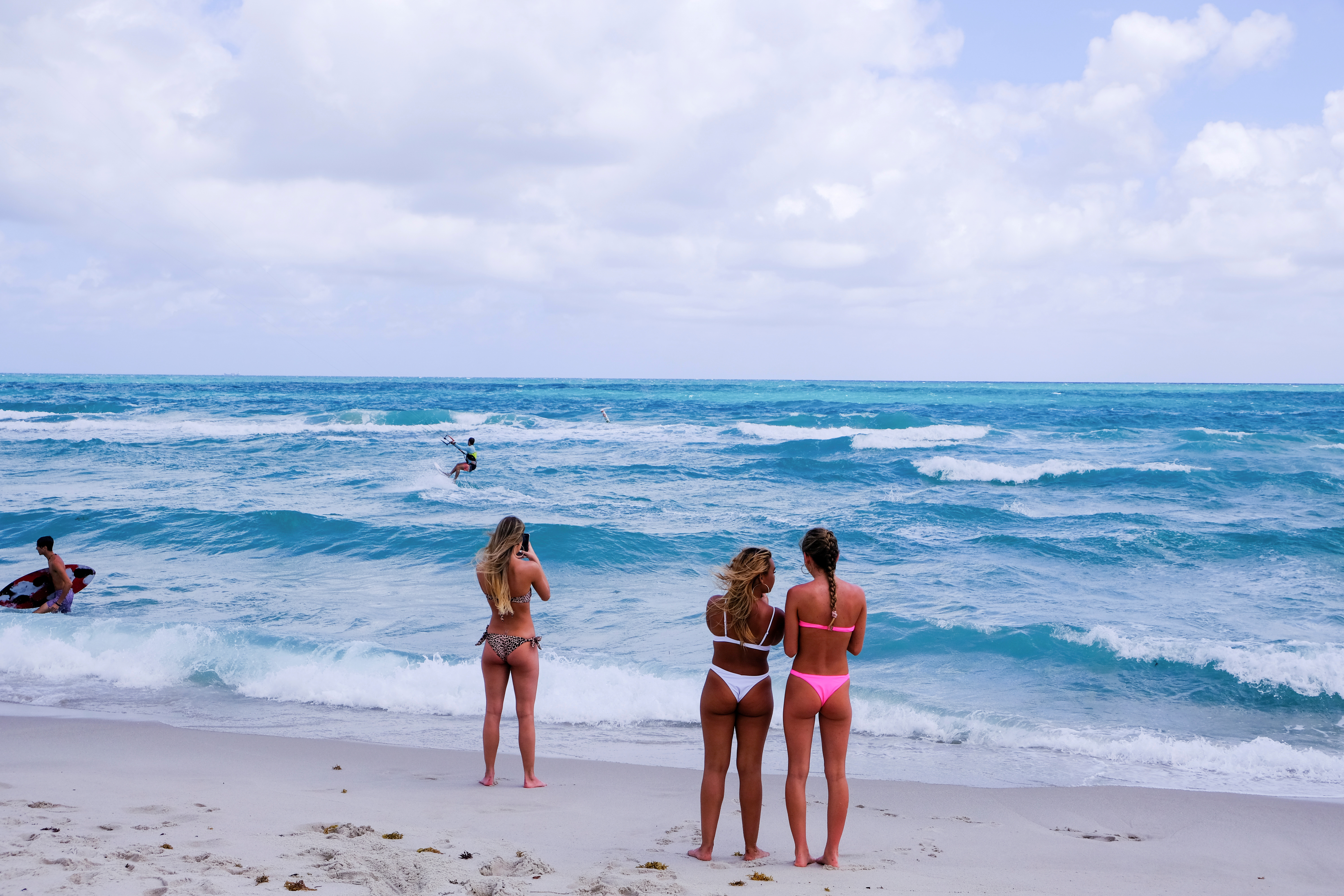 Florida Gov Ron DeSantis said earlier this week that ‘there are thousands and thousands of people who are seeking to leave the lockdowns behind for the greener pastures in Florida’Credit: Reuters 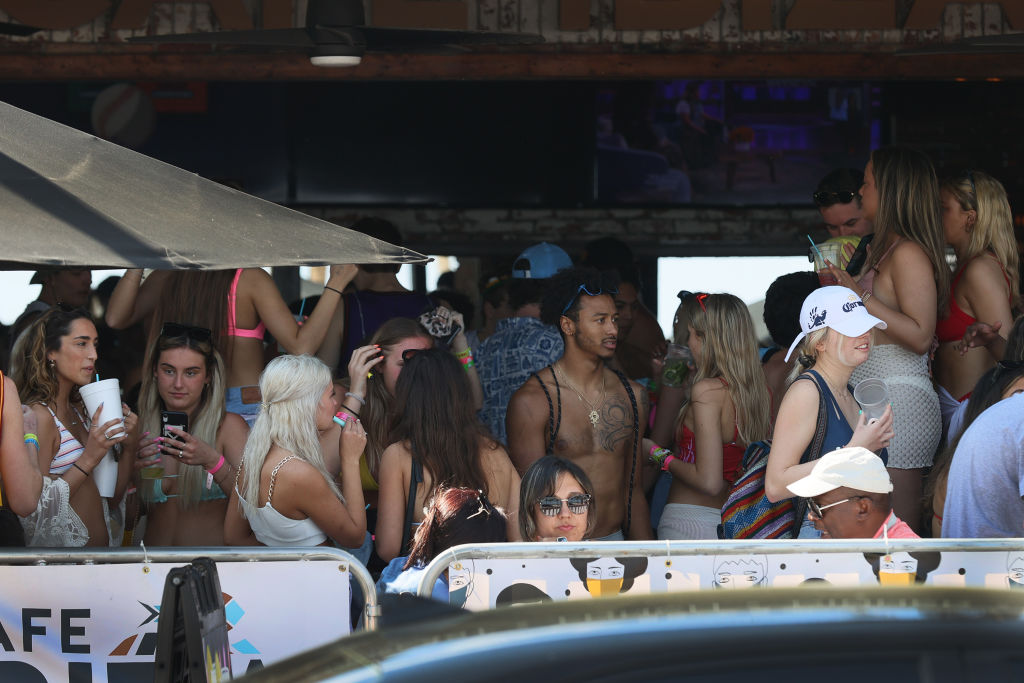 “We have long been known as the Sunshine State – but, given the unprecedented lockdowns we have witnessed in other states, I think the Florida sun now serves as a beacon of light to those who yearn for freedom,” he added.

As many students head to The Sunshine State for spring break – and others have sought out a more permanent move – states including Texas and Mississippi announced they’re lifing Covid restrictions.

Texas Gov Ian Abbott announced the state’s mask mandate will be lifted, and businesses can operate at full capactiy.

Mississippi Gov Tate Reeves wrote on Twitter on Tuesday: “Starting tomorrow, we are lifting all of our county mask mandates and businesses will be able to operate at full capacity without any state-imposed rules. 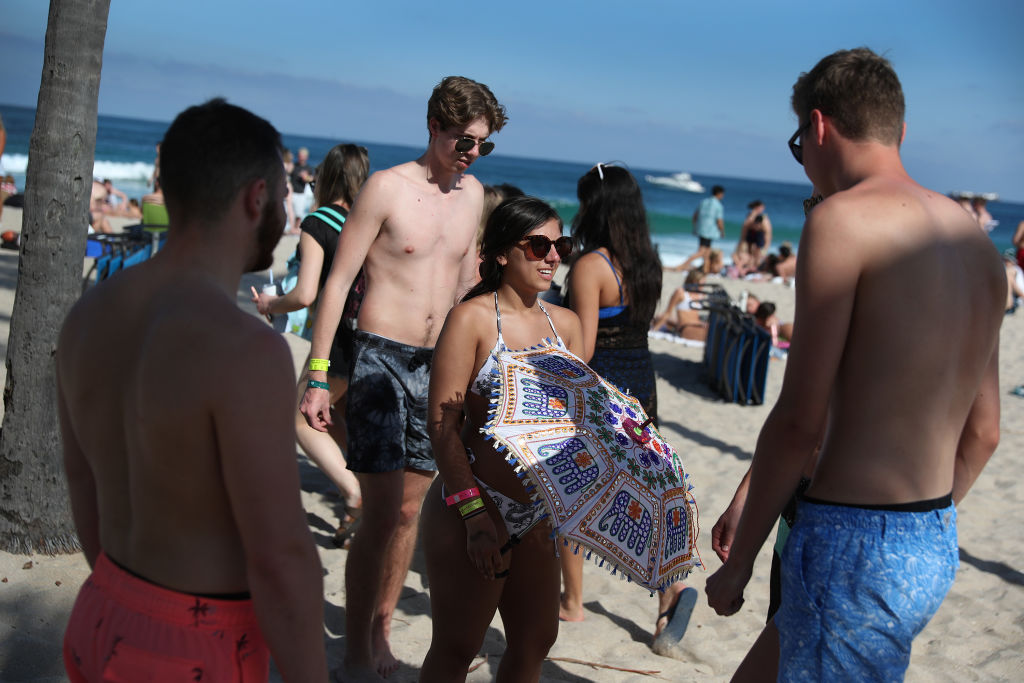 President Biden slammed Connecticut for a “neanderthal” move as Gov Ned Lamont revealed on Thursday the state is to lift nearly all Covid rules.

Face masks will be required, but restaurants, retail stores, museums, and more will be allowed to operate at 100percent capacity.

‘It’s like a religion’: Liverpool FC Women’s Rylee Foster on fans, family and Anfield | With you all the way