FIVE Guys fans will be able to dine outdoors at 48 restaurants in England from April 12.

It comes as restaurants and pubs have been given the green light to welcome back customers for outdoor service from Monday. 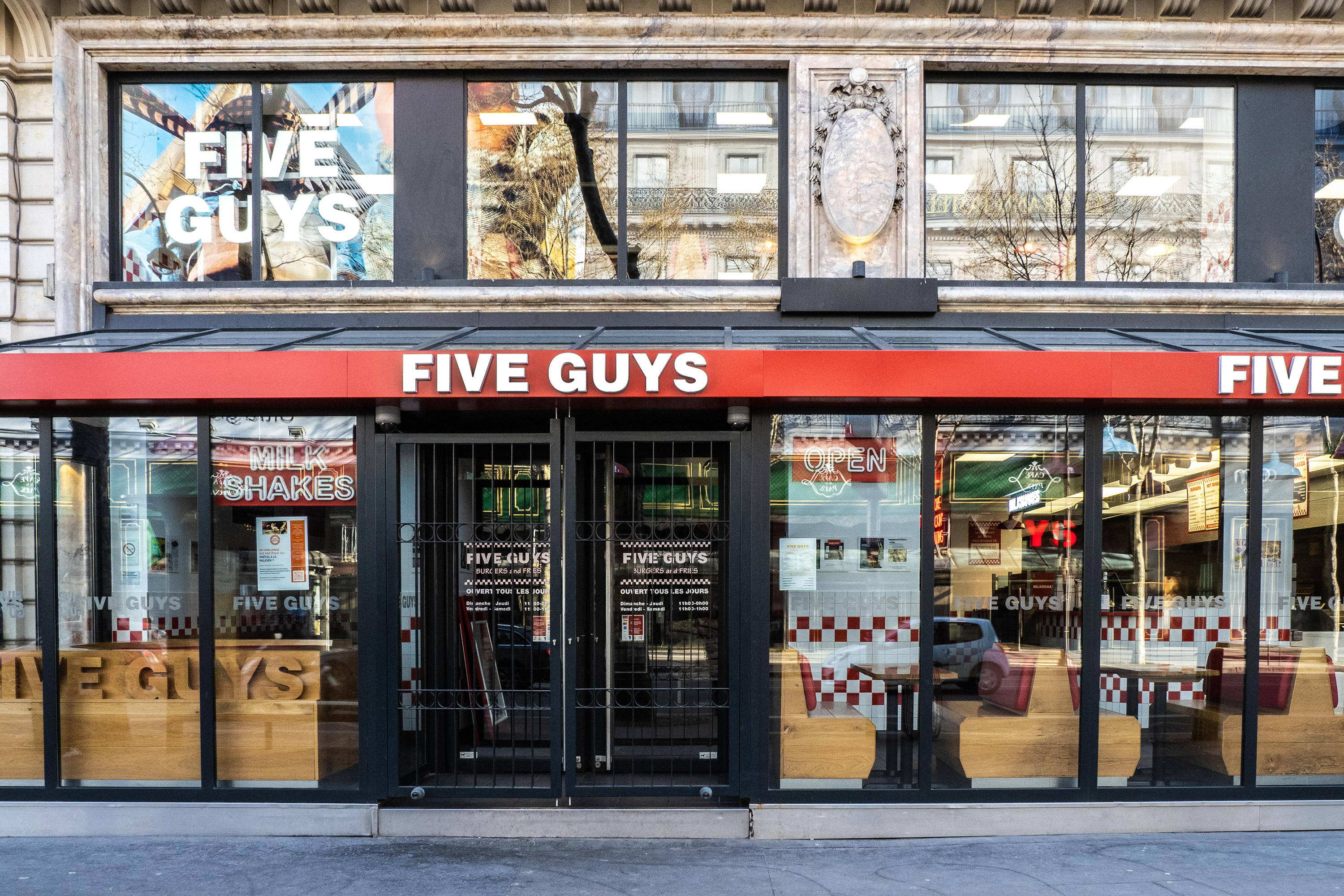 The fast food chain then plans to reopen the remaining branches in England for indoor service from May 17.

This is when stage three of the PM’s roadmap out of lockdown is planned to go ahead, allowing you to eat inside restaurants for the first time in months.

Five Guys has 112 branches across the UK, but it’s yet to confirm how many are located in England, Wales, Scotland and Northern Ireland.

Fans will be pleased to know that the full Five Guys menu will be available from Monday, including burgers, fries and milkshakes.

Which Five Guys branches are reopening?

THE below 48 Five Guys branches are opening on April 12 for outdoor dining.

Customers will also be encouraged to order alone to avoid large groups queueing, with contactless payments being the preferred method.

Five Guys has remained open for takeway, click and collect and home delivery via Deliveroo throughout the latest lockdown.

It recently also launched a “curbside” service, which allows customers to make an order through to the app.

Five Guys then tracks where you are and prepares your food in time for when you drive up to the branch.

John Eckbert, chief executive of Five Guys UK said: “We’re so excited to have alfresco dining back on offer at Five Guys.

“We have some of the best terraces in the business ready to welcome customers to sit down, relax, and tuck into a Five Guys with all your favourite (free!) toppings.”

Five Guys closed the majority of its branches in March due to coronavirus, but then gradually reopened for takeaway and delivery services.

Friends and family will be able to sit together when pubs, restaurants and cafes reopen, as long as the rule of six or two household limit is applied.

Restaurants will only be allowed to offer table service though and punters won’t be permitted to order at the bar.

Brits desperate to sip on a pint rushed to book tables for opening day shortly after the PM announced his roadmap in February.